A history of the Italian Grand Prix, from title deciders to F1’s closest finish 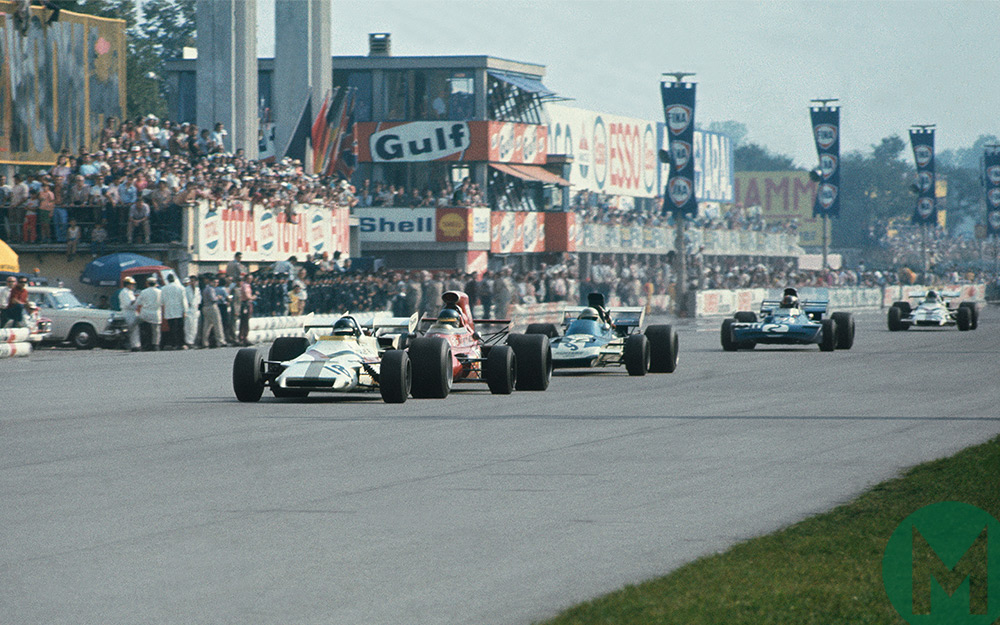 Monza hosts the final European round of this year’s world championship, the 82nd time that the Italian Grand Prix has been held at the Autodromo Nazionale since it opened in 1922.

The Italian GP was the final round of the inaugural world championship in 1950, when Giuseppe Farina triumphed to clinch the title from Alfa Romeo team-mate Juan Manuel Fangio. Alberto Ascari, whose father Antonio had won in 1924, won the next two editions of the race before Fangio scored Maserati’s only win of 1953 following a race-long duel that was only decided at the final corner. Fangio clinched his third successive title at Monza in 1956 after Peter Collins gave up on his own championship ambitions by handing his car over to the Argentinian.

Vanwall won in 1957 with Stirling Moss, then again in 1958 with Tony Brooks, and Phil Hill scored the last win for a front-engine car in 1960 when he led a Ferrari 1-2-3. That was a controversial event, for the British teams boycotted when the organisers decided to use a combination of the road course and banking. The following year’s race was marred by the death of Wolfgang von Trips and 14 spectators in what was the worst loss of life in a GP since 1928.

Jim Clark clinched his first title by winning in 1963 and Jackie Stewart scored his maiden GP victory for BRM two years later. That 1965 race was also notable for including a record number of changes for the lead. 1967 was remarkable for Clark recovering a full lap following an early pitstop to retake the lead, only for his fuel pump to refuse to pick up the last gallons in the tank on the final lap. John Surtees benefited to give Honda its second GP victory, beating Jack Brabham by just 0.2sec.

Slipstreaming was key at Monza before safety concerns saw chicanes introduced in 1972. Just 0.19sec covered the top four finishers in 1969 with Stewart finishing inches ahead of Jochen Rindt to clinch his first title. Rindt was killed during qualifying 12 months later and he remains the sport’s only posthumous champion. Peter Gethin scored his only GP victory in 1971 after another slipstreaming classic – 0.61 seconds covering the top five in what also the fastest championship race to that date.

Emerson Fittipaldi won the 1972 Italian GP to become the youngest world champion so far but his 1973 hopes were ended by team-mate Ronnie Peterson’s victory in a Lotus 1-2. That confirmed Stewart as champion for a third and final time. Niki Lauda clinched the 1975 title at Monza and it was here that he made his remarkable return from injury in 1976. Peterson won the race for March, but it was Lauda’s fourth-place finish that made the headlines. The Swede was a three-time Italian GP winner but he lost his life in 1978 after a horrific startline accident.

Jody Scheckter led a Ferrari 1-2 to clinch the 1979 World Championship before the race moved to Imola for a year. Nelson Piquet won that 1980 race and both he and Alain Prost were three-time Monza winners during the 1980s. Ferrari-bound Prost endeared himself to the tifosi, if not McLaren team principal Ron Dennis, by dropping the winner’s trophy into the crowd following his victory in 1989. McLaren won every race in 1988 except the Italian GP. Race leader Ayrton Senna crashed into Jean-Louis Schlesser’s Williams while lapping the French debutant with two laps to go. That handed Ferrari’s Gerhard Berger and Michele Alboreto a 1-2 finish in the month following Enzo’s death.

Michael Schumacher scored a record five Monza victories for Ferrari and it was in 2006 that he announced his original retirement from Formula 1. Title contender Mika Häkkinen crashed out of the lead in 1999 and the 2000 race was marred by the death of marshal Paolo Gislimberti. Scuderia Toro Rosso’s Sebastian Vettel triumphed in a downpour in 2008 to become the youngest race winner to that date.

Fernando Alonso was responsible for Ferrari’s most recent home victory in 2010 and no Italian driver has won since Ludovico Scarfiotti in 1966. Lewis Hamilton has won three of the last five races and Mercedes-Benz are undefeated here in the turbo hybrid era.