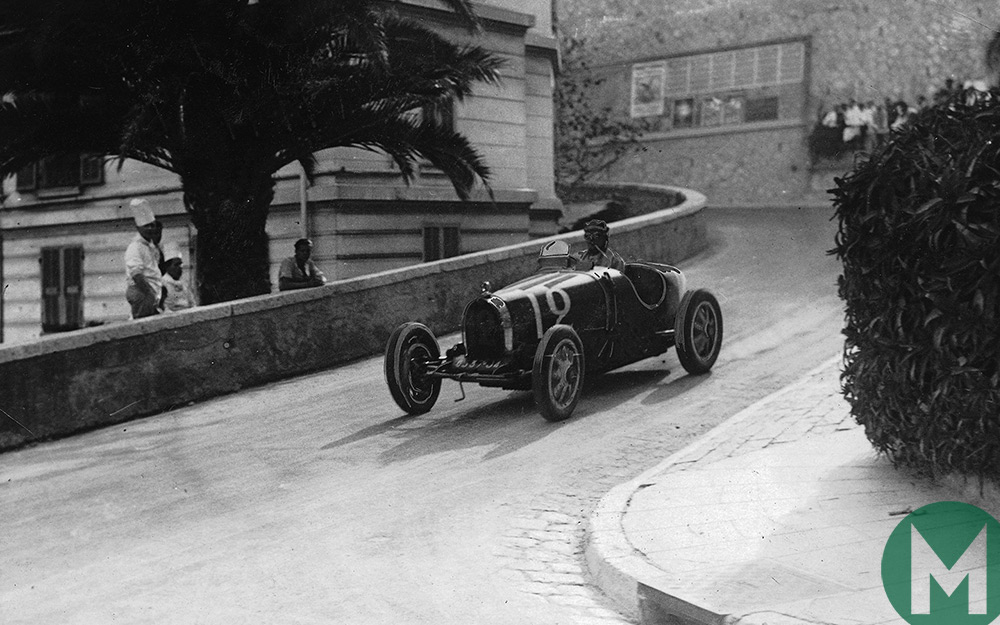 The streets of Monte Carlo will stage the Monaco Grand Prix for the 75th time since the British Racing Green Bugatti of “W.Williams” won the inaugural event in 1929. Despite its confines making overtaking difficult, there have been many a dramatic showdown here.

Daniel Ricciardo lost certain victory 12 months ago following a botched pitstop, with Lewis Hamilton ending a run of three successive Monaco GP wins for team-mate and local resident Nico Rosberg. Jenson Button returns to Formula 1 this weekend and he won in Monaco during his championship year in 2009 – stopping in the wrong place after the race and having to run around to the Royal Box. Hamilton also won on the way to his first title in 2008 when he survived contact with the Tabac barrier and subsequent puncture in tricky wet/dry conditions.

Michael Schumacher was relegated to the back of the grid in 2006 for deliberately parking his car on the exit of La Rascasse in the dying seconds of qualifying to protect his pole-winning time. Two years earlier Renault’s Jarno Trulli withstood Button’s pressure to claim his only GP victory. Olivier Panis came from 14th on the grid in 1996 to score Ligier’s last victory on another changeable day.

Ayrton Senna won a record six Monaco GPs including narrowly beating Nigel Mansell’s faster Williams-Renault in 1992. However, he crashed out of a commanding lead in 1988 following an uncharacteristic lapse in concentration at Portier.

With heavy rain falling in 1984, Mansell lost a maiden victory when his Lotus-Renault crashed out of the lead. Both Senna and Stefan Bellof were closing on Alain Prost that day before the race was prematurely called to a halt on safety grounds. Keke Rosberg was peerless in the early laps in 1983 and a late shower in 1982 threw the final laps into confusion. Riccardo Patrese won despite spinning with two to go thanks to rivals crashing or breaking down. Gilles Villeneuve defied the odds (and his Ferrari’s handling) to pass Alan Jones with just four laps left in 1981 – the year that the start was delayed by water from the hotel above flooding the tunnel.

Jean-Pierre Beltoise scored BRM’s last victory after dominating in the wet in 1972, two years after Jochen Rindt snatched victory when Jack Brabham spun at the very last corner. Stirling Moss in the Rob Walker Lotus 18-Climax held off the faster Ferraris in 1961 to score his greatest victory. Alberto Ascari crashed into the harbour in 1955 as Paul Hawkins would 10 years later. The 1950 race was interrupted by a freak wave that broke over the road at Tabac, just as the field approached – causing nine cars to crash out.

In 1937, Manfred von Brauchitsch disobeyed Mercedes-Benz team orders to beat Rudolf Caracciola, who had been severely injured here while practising in 1933. That race saw grid positions decided by practice times for the first time and saw a classic confrontation between Achille Varzi and Tazio Nuvolari, the former prevailed when his rival’s piston failed on the last lap. He tried to push the car across the line but was disqualified when helped by a mechanic.