The haves and have-lots are playing high-stakes poker with the sport we love. 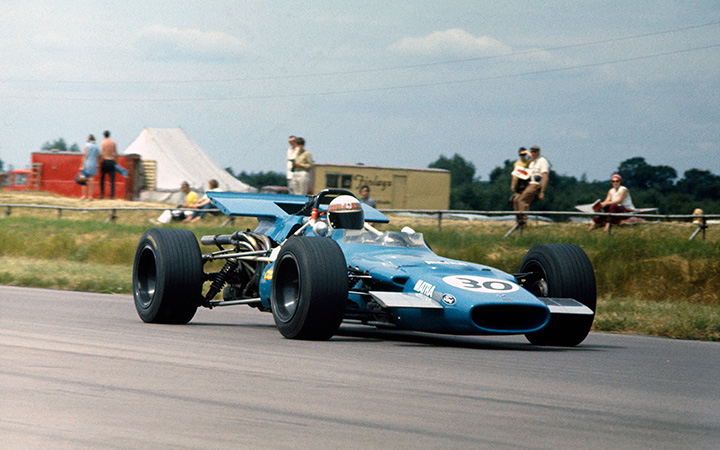 Its soul long since sold, the devilment now lies in Formula 1’s financial detail: an apparent streamlining aimed at increased profit and attractiveness to future investors interested only in short-term gain.

It’s a painful, pitiless process, with those unable to cling to its draft being spat out the back.

Marussia has gone. For bad. 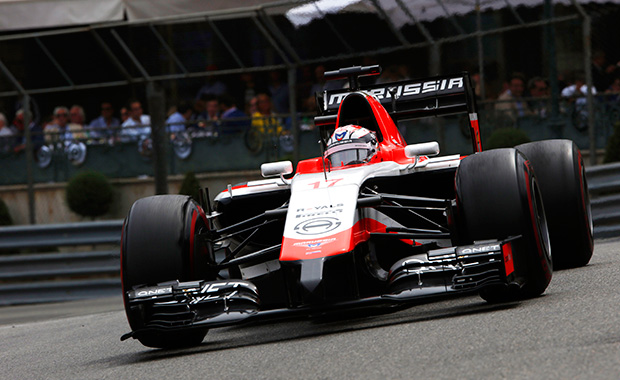 While Caterham, thanks to the generosity of (young and therefore naïve?) fans, limps on. The paying public’s response has been heartening, but this writer worries about a backlash if, as seems likely, this cri de coeur fades to reveal a mercenary act.

Meanwhile, mid-grid ‘security’ little more than a mirage in Abu ‘Double’, Sauber, Lotus, Force India and, to a lesser extent as of an excellent 2014, Williams are fighting for their identities first, futures second.

They are, they point out, geared up to be constructors, with all the investment and infrastructure that entails.

(No doubt the younger and more naïve among us were surprised to learn that Caterham had to employ so many – 230 staff, its blood and muscle, have been laid off – to achieve so little in relative terms.) 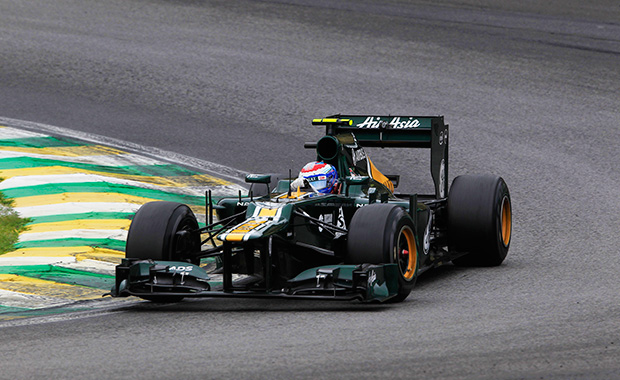 Talk of three-car teams, probably as an interim measure to pad the grid prior to a reintroduction of customer cars in 2016, has made the haves twitchy.

But they mustn’t forget amidst their understandable funk that F1 is a resilient beast.

To insist that customer cars “go completely against the DNA of our sport” is a distortion that denies them a Plan B they might be glad of.

That pronouncement, made by the otherwise estimable Claire Williams, is unfortunate also because it skirts past her father’s colourful and shining example.

Frank Williams (Racing Cars) Ltd made its Grand Prix debut in 1969: with an adapted year-old Brabham (a BT26 bought in roundabout circumstances), an engine (a Cosworth V8 uprated from 2.5-litre Tasman spec) and tyres (Dunlops) that Brabham would really rather it hadn’t.

After Piers Courage had determinedly held off his works BT26A to finish second at the lucrative United States GP, a very ‘Black Jack’ Brabham swung too close, too hard and a rear Goodyear lopped – accidentally on purpose – a winglet from his rival’s nosecone. 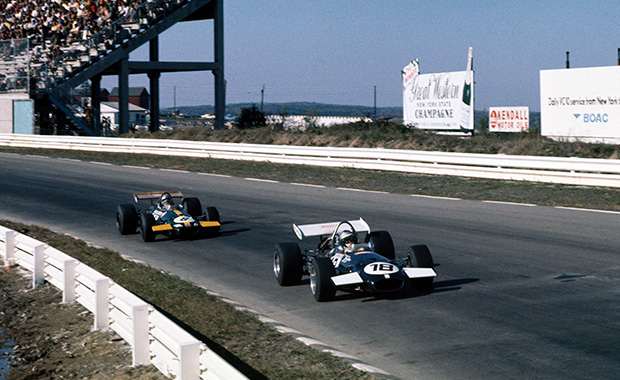 Not for 10 more years would Williams win as a constructor – after spells running customer Marches when surviving, with a view to living long, was more important than being prosperous. 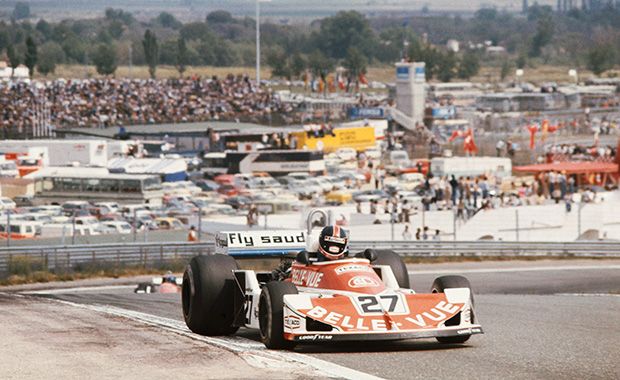 There was a period when the GP customer had a perfect right and constructors were grateful for the increased funds and exposure.

Synchronicity, as opposed to antipathy.

They didn’t just make up the numbers either.

Wealthy Yorkshire businessman Peter Whitehead got the ball rolling with his antiquated supercharged V12 Ferrari 125 by finishing third in the 1950 French GP at Reims.

Two years later bespectacled Swiss restaurateur Rudi Fischer drove his Ecurie Espadon-run Ferrari 500 to second and third places in Switzerland and Germany, while the flaxen son of a Farnham garage owner made his potential plain all season at the wheel of privateer Cooper-Bristol. 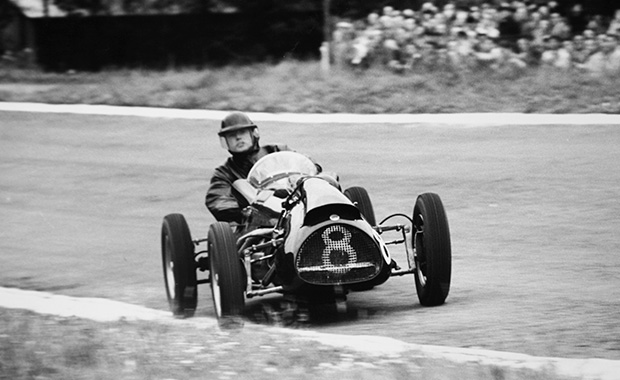 Mike Hawthorn also scored the first world championship podium finish for the many privateer Maserati 250Fs that swelled the ranks – and kept Maserati just about solvent – during the second half of the decade: a third place in Argentina 1956 aboard Owen Racing Organisation’s stopgap to its BRM P25.

But it was Stirling Moss’s decision to ‘shake on it’ with enthusiastic whisky heir Rob Walker that for a time turned the sport on its head.

Three of the seven GP wins he registered in Rob’s customer Coopers and Lotuses were among the greatest in F1 history: Argentina 1958 – the first for a rear-engine car – and Monaco and Germany 1961, when he staved off the circling, more powerful Sharknose Ferraris.

Though fiercely independent by this stage of his career – to the point of making do with inferior machinery – Moss was on everybody’s shopping list. Sir Alfred Owen handed him a P25 in 1959 to do with as his British Racing Partnership outfit wished, and Enzo Ferrari offered him all but the keys to the factory for 1962.

Sadly Walker’s plans to run a Sharknose for Stirling hit the buffers, or rather a bank, at Easter Monday Goodwood. His team would win again, but not for another six years: ‘Seppi’ Siffert in a Lotus 49B at Brands Hatch. 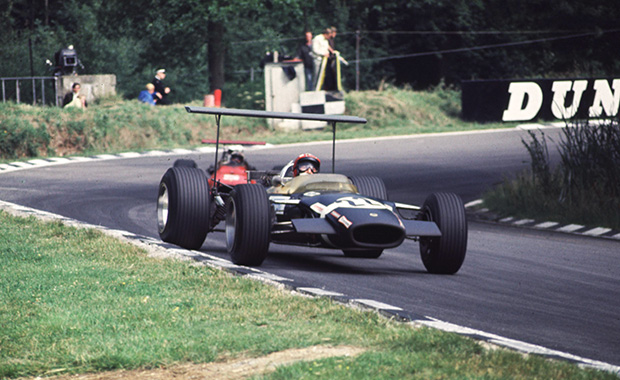 Between times, feisty ex-biker Bob Anderson finished third on the wishbone-jarring concrete of Austria 1964 in his Brabham BT11, and Rhodesia’s John Love came within a faulty fuel pump of winning (he finished second) the 1967 South African GP in an old, Tasman-spec, four-cylinder Cooper.

In 1968, Jackie Stewart, another on everybody’s shopping list, shook on it with Ken Tyrrell to head Matra’s customer team. Nine GP wins later he became world champion for the first time and guided the French missile-makers to the 1969 World Constructors’ Championship.

Less keen than Moss to accept second best, however, Stewart declined the 1970 dictum that he should use Matra’s V12 as well as its chassis – even if that meant driving March’s unloved 701 instead.

The thrill of having Stewart put your first F1 car on pole (at Kyalami) and win with it (at Jarama) had subsided somewhat by 1973 and March designer/race engineer Robin Herd was casting envious glances at customer Hesketh Racing’s ability to concentrate on a single car and reap the rewards – third and second places for James Hunt in Holland and America – rather than scatter widely but thinly and be blown hither and yon.

Both Tyrrell and Hesketh would eventually take matters into their own hands. That they did so in converted wooden army barracks and stable block respectively – and rapidly met with success as constructors – indicates how much F1 times have changed. 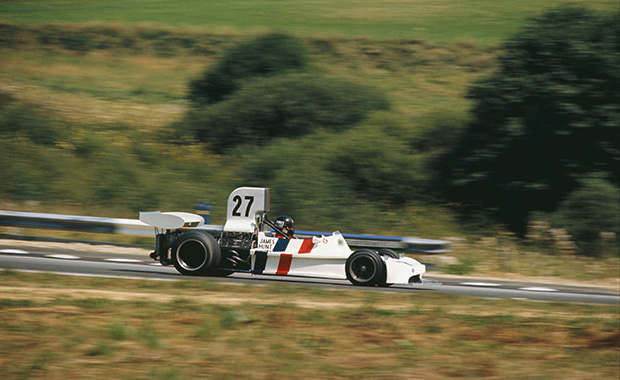 Already by the early 1970s, Lotus, Brabham (then recently purchased by a Mr B Ecclestone) and McLaren (not yet owned by a Mr R Dennis) called halts to their once-booming customer car programmes – although extra F1 chassis would still filter through on pragmatic occasion for the likes of Nigel Mansell (1980), Nelson Piquet (1978) and Gilles Villeneuve (1977).

None of the teams seem keen on running three cars nowadays – although some are reportedly contractually obliged, if necessary, to do so in 2015.

Probably that’s why Ferrari’s Marco Mattiacci and Red Bull’s Christian Horner have stated their open-mindedness towards customer cars. Like their push for a thawing of the current engine freeze, this hardly stems from the goodness of their hearts, but it is at least a form of much-needed flexibility.

Like when Williams got back onto its constructor’s feet by running a single car for Alan Jones in 1978, and when it ran a third FW08C for Force India ‘tester’ Jolyon Palmer’s dad at the 1983 European GP at Brands Hatch.

Eventually somebody will fold – hopefully without too much human damage – its fittest will survive and the F1 beast will evolve.

That’s its nature. (Nurture not included).