Much of the news ahead of this weekend’s British Grand Prix is about the move to Donington. Whether it happens or not remains to be seen, but what we do know is Bernie Ecclestone is quite adamant that, “If the British Grand Prix at Donington does not go ahead, it will not return to Silverstone.” 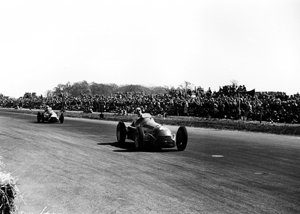 I travelled to Silverstone last week to catch up with BRDC president Damon Hill. I asked for his thoughts on the subject and he hasn’t ruled out bringing the Formula 1 circus back to Northamptonshire.

“Things change rapidly in this game,” said Hill, “and I don’t think we are discounting the possibility that [F1] may be back at some point. In the meantime we’re carrying on with development and the future of Silverstone. 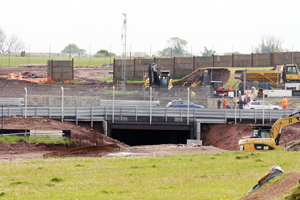 “There are doubts about whether Donington is going to overcome its difficulties – the initial difficulties that it seems to have experienced over the last six months or a year – so we need a fallback position if nothing else.”

I remind him of Ecclestone’s comment but Hill is unswayed: “That’s what he says. You should always take Bernie seriously, but you should also recognise that he is trying to get the best deal. I think the British Grand Prix is a crucial part of the mix of Formula 1 and you can argue that no one is indispensable. 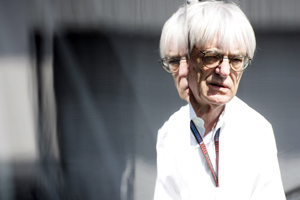 “At the moment, looking at the discussions between the teams and the argument over whether Ferrari are crucial [to the sport], Max [Mosley] would say they’re not, but I think anyone who is going to a motor sport event called Formula 1 will want to have Ferrari in it, and likewise the British Grand Prix, and likewise Silverstone. History is very important, and of course you have to keep up to speed, but it’s also part of something immeasurable to the championship and to the history of the sport.”

After much talk about the state of Formula 1 – a subject on which Hill has too much to say to include in one blog (although look out next week on the website…) – we moved on to his first F1 drive at Silverstone in the 1992 British GP. “I was 32, I think, and I’d managed to find a scrag-end of an F1 drive with a team that was at the tail end of its existence. The previous driver had not fulfilled her potential, so I thought ‘f*** it, I want to drive in a Grand Prix’. I mean, all the career advice is to get into the best car and I thought ‘well, I’m not going to get in the best car, so drive a s***box and see if you can do well in it’. And so, that was it. 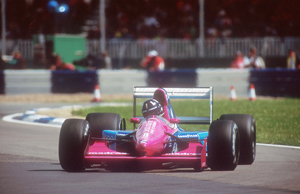 “Poor old Eric van de Poele was my team-mate – the loveliest guy you’ve ever met in your life in Formula 1 and a really quick driver. My car broke so I had to borrow his for qualifying and I knew I had to get the car in the race. I was supposed to get it back for him, but I sort of did one lap too many. Anyway, I managed to get the car into the race, my first race. Even though I was on the back of the grid and I got overtaken by Nigel Mansell five times, all I remember thinking was ‘for Christ’s sake, let him past, don’t take him off…’ There were 150,000 people chanting ‘Nig-el, Nig-el…’ I thought ‘I am going to be munched if I do anything here’. 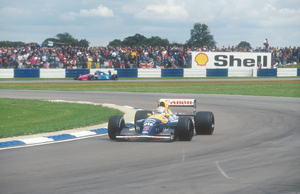 “He won the race, crossed the line in front of me as he had just lapped me, and this bloke jumped over the fence and was jumping around in the middle of the track. I was going down the straight, I’d backed off but I was still doing 150mph, and he wasn’t looking at me at all. So I swerved, missed him and we got as far as Stowe at which point everyone was on the track and we couldn’t go any further. Everyone left their cars and they were being stripped of parts… I just thought ‘well, you can take everything – it’s only a Brabham’. Nigel got born aloft – that was the way to do it really. It was very, very exciting. So that was my first experience of driving in Formula 1.” 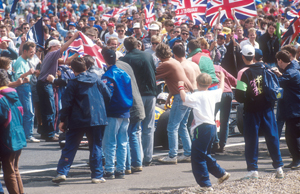 Let’s hope this weekend isn’t our last experience of F1 at Silverstone.