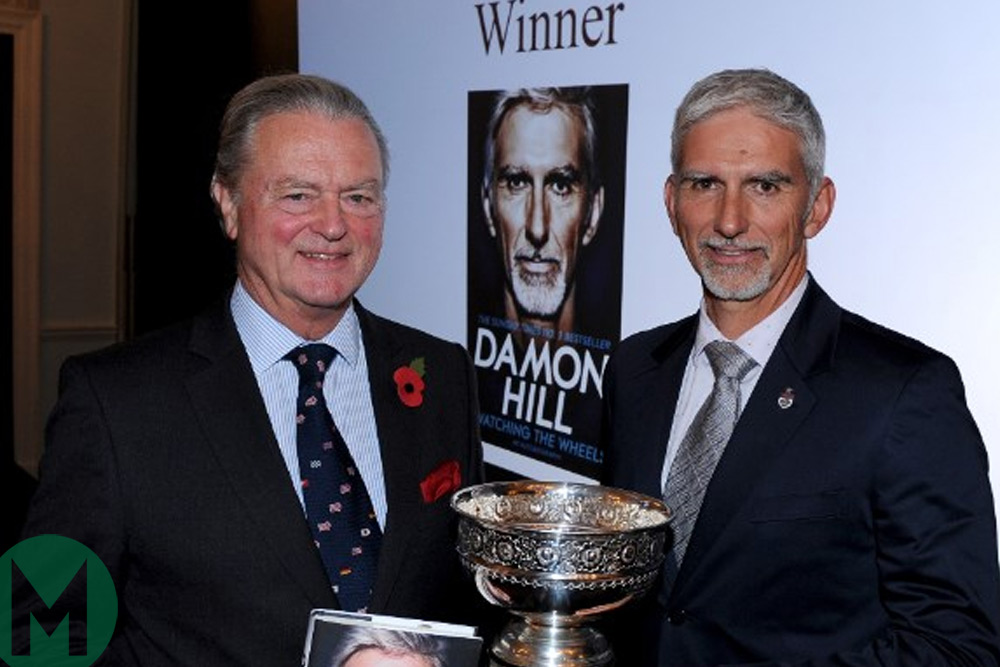 This was our take on the book, which was released last year.

John Lennon’s posthumously released song Watching the Wheels was his way of describing the world’s failure to comprehend how one of the most famous people on the planet could, just for one day, step out of the limelight and ‘watch the wheels’ of life spin around him.

Music was always a huge part of the Damon Hill story, so the book title is no surprise. What is surprising is how apt it now seems with the knowledge of his struggles to come to terms with his own demons and life beyond F1’s glare.

Much of the book concerns the little talked about subject of mental health problems, together with the inevitable troubles of coming to terms with an absent father, the hugely charismatic Graham, who died when Damon was just 15 years old.

Motorbikes were a shared passion for father and son, so a young Damon made his name on two wheels before a John Webb marketing brainwave saw him make his four-wheel debut long after younger chargers. From then on, Damon knew he had to work twice as hard to catch up. The book brilliantly conveys the constant struggle to step out of the long shadow of his dad, and deals with Damon’s never-ending doubts – which only seem to subside when that dream Williams drive delivers him the world championship. But then began an even more difficult journey, once Williams discarded its title winner and left Damon in the wilderness with Arrows, then Jordan, yet unable to leave F1 because of contract obligations.

In his racing career he was often portrayed as uneasy with his stardom, but as this book displays in its unblinking way, he carries the same doubts and worries that we all have in our lives. Rarely has a much admired sports person been quite as honest as Damon in the superficial world of the celebrity autobiography, so this is to be welcomed. Quite simply, this is a fascinating and a brilliant read. DC