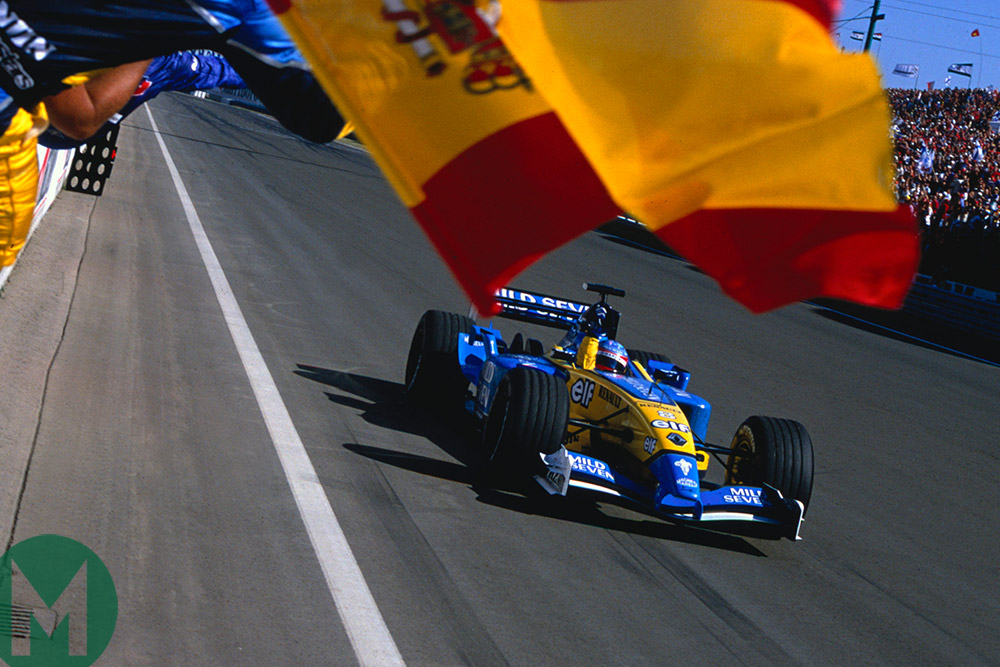 1986 The Sauber-Mercedes of Mike Thackwell and Henri Pescarolo battled terrible conditions to win the Nürburgring 1000Kms. It was the first victory for a Mercedes-Benz engine in a World Championship race since 1955. Heavy rain and resulting poor visibility forced the race to be stopped when both works Porsches collided behind the safety car. Both Jaguars also retired and a pair of private Porsches completed the podium positions, two laps behind the successful Sauber-Mercedes.

2003 Fernando Alonso (above) became Formula 1’s youngest winner to that date 15 years ago in the 2003 Hungarian Grand Prix. The 22-year-old qualified his Renault on pole position and dominated the race to beat Kimi Räikkönen’s McLaren-Mercedes by 16 seconds. Juan Pablo Montoya and Ralf Schumacher finished third and fourth, respectively, for Williams-BMW. It was a bad day for Ferrari with Rubens Barrichello out and Michael Schumacher lapped.

2014 It is four years since Red Bull’s Daniel Ricciardo inherited victory in the Belgian Grand Prix after Mercedes’ Nico Rosberg and Lewis Hamilton collided entering Les Combes for the second time. Rosberg recovered to finish second but Hamilton finally retired with tension between the team-mates at an all-time high. Valtteri Bottas scored his fourth podium in five races for Williams.

1986 The inaugural Birmingham Superprix, round nine of the 1986 Formula 3000 Championship, was held as heavy rain swept Bank Holiday Britain. The deluge caused chaos on the track and to the schedule with accidents devastating the field and causing the race to be stopped after 24 laps. Luis Pérez Sala’s damaged Ralt was leading team-mate Pierluigi Martini when the red flag was shown with half-points awarded.

1991 Michael Schumacher qualified in an impressive seventh for his Formula 1 debut at Spa-Francorchamps in 1991 when replacing Jordan’s Bertrand Gachot. It was a short race for his clutch failed on the opening lap and it was left to established stars to dispute the lead. Nigel Mansell and Jean Alesi both retired while in control and Ayrton Senna was slowed by a poor pitstop and gearbox problems before beating McLaren-Honda team-mate Gerhard Berger by 1.901sec. Andrea de Cesaris’ Jordan lost second just three laps from the finish when his engine failed.

2001 Formula 1 team owner Ken Tyrrell died on this day in 2001. Success in the junior ranks included Jackie Stewart’s victory in the 1964 Monaco support race and it was with the Scot that he enjoyed most success. Stewart won the World Championship in 1969, 1971 and 1973 when driving Tyrrell-run cars. Michele Alboreto scored the team’s final victory at the 1983 Detroit Grand Prix and Tyrrell eventually sold to British American Racing in 1998. 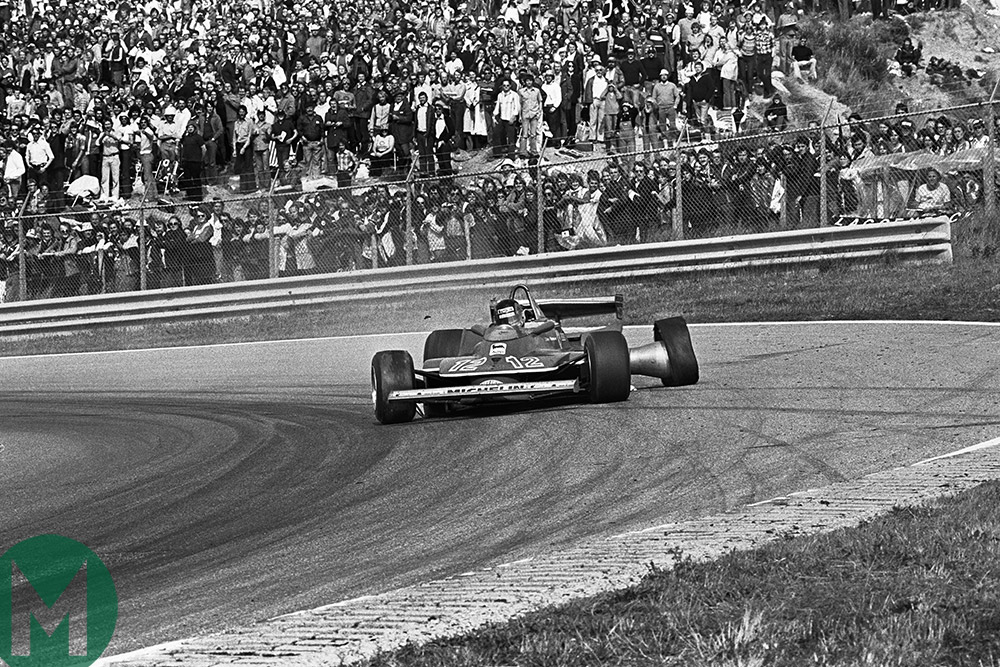 1979 The 1979 Dutch Grand Prix is best remembered for race leader Gilles Villeneuve’s spectacular puncture (above) and subsequent return to the pits with the rear wheel hanging off his battered Ferrari. Having led the early laps, Alan Jones (Williams-Ford) then eased to victory with Jody Scheckter recovering from 19th on the opening lap to finish second. Only seven cars finished this race of attrition.

1959 Gerhard Berger was born near Innsbruck on this day in 1959. He graduated to Grand Prix racing in 1984 via Formula 3 and the European Touring Car Championship. Spells with ATS and Arrows were followed by his breakthrough campaign for Benetton in 1986. Winner of that year’s Mexican GP, he won four times during three seasons with Ferrari. He swapped with McLaren’s Alain Prost for the 1990 season and won three more races as Ayrton Senna’s team-mate. A return to Ferrari included a dominant victory in the 1994 German GP and Hockenheim was also the scene of Berger’s final victory in 1997 during two further seasons with Benetton.

1989 Valtteri Bottas celebrates his 29th birthday. Success in the junior categories, including the 2011 GP3 title, attracted the attention of Williams F1. Test driver in 2012, Bottas graduated to the race team in 2013 and finished fourth in the World Championship in his second season. Chosen as Nico Rosberg’s replacement when the new World Champion suddenly retired at the end of 2016, Bottas won the Russian, Austrian and Abu Dhabi Grands Prix as he finished third in last year’s standings. 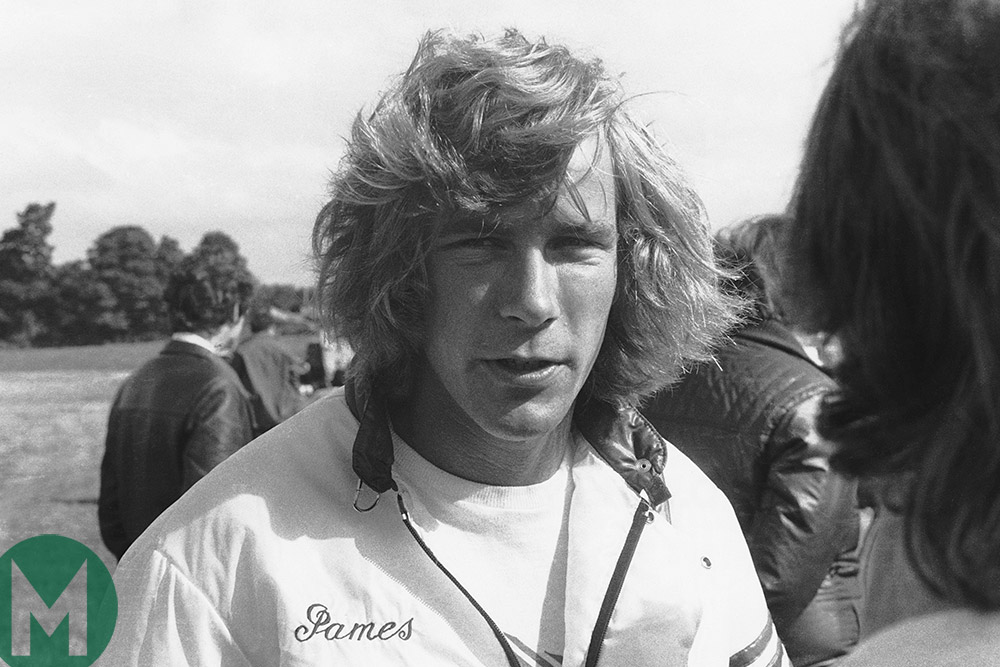 1947 The son of a stockbroker, James Hunt (above) was born on this day in 1947. He made his Grand Prix debut in Lord Hesketh’s March 731-Ford at Monaco in 1973 and he ended a promising campaign by finishing second at Watkins Glen. He won the 1975 Dutch GP in the Harvey Postlethwaite-designed Hesketh 308 but the owner withdrew his financial support at the end of the season. Hunt replaced Emerson Fittipaldi at McLaren and scored a famous World Championship success in 1976. His title defense included another three GP wins but a move to Wolf in 1979 was not a success. Hunt suddenly quit racing after that year’s Monaco GP and one of F1’s most charismatic characters died in 1993. 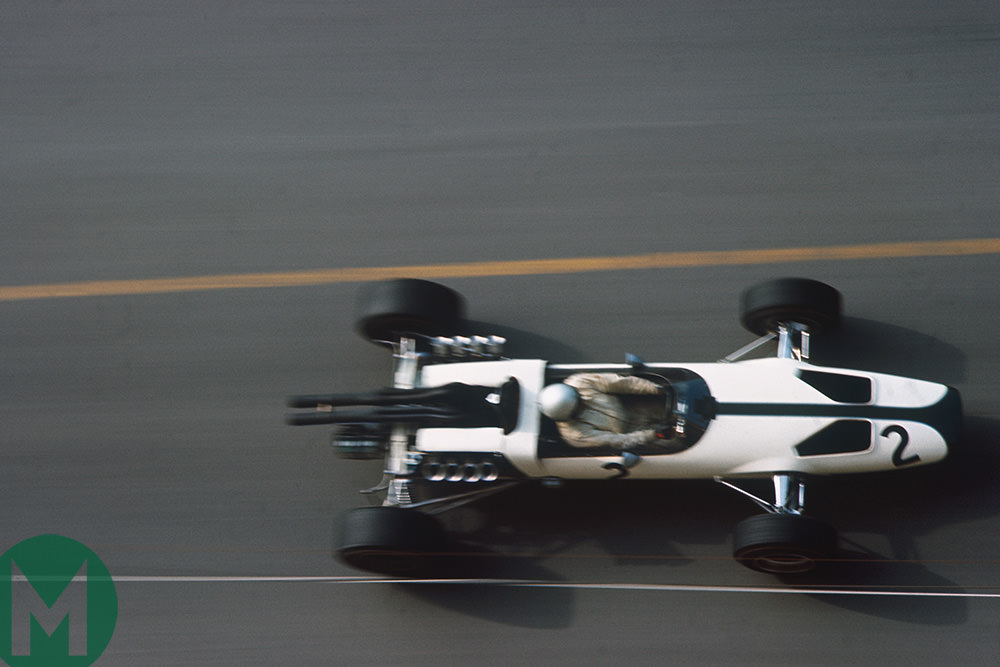 1937 Bruce McLaren (above, 1966 Monaco GP) was born in Auckland in 1937. Runner-up in the 1960 World Championship when Jack Brabham’s Cooper team-mate, it is for the team he founded that McLaren has a unique place in the sport’s history. He scored the team’s breakthrough victory in the 1968 Belgian Grand Prix (one of his four GP wins) and was crowned Can-Am Champion in 1967 and 1969. McLaren was killed while testing a Can-Am car at Goodwood in 1970.

1953 The Nürburgring held its first international sports car race since World War II 65 years ago today. World Champions Alberto Ascari and Giuseppe Farina drove the only works Ferrari 375MM not to be withdrawn from the Nürburgring 1000Kms, round 5 of the new World Sportscar Championship. They completed 44 laps of the Nordschleife 15 minutes ahead of the leading Ecurie Ecosse Jaguar C-type of Roy Salvadori and Ian Stewart. 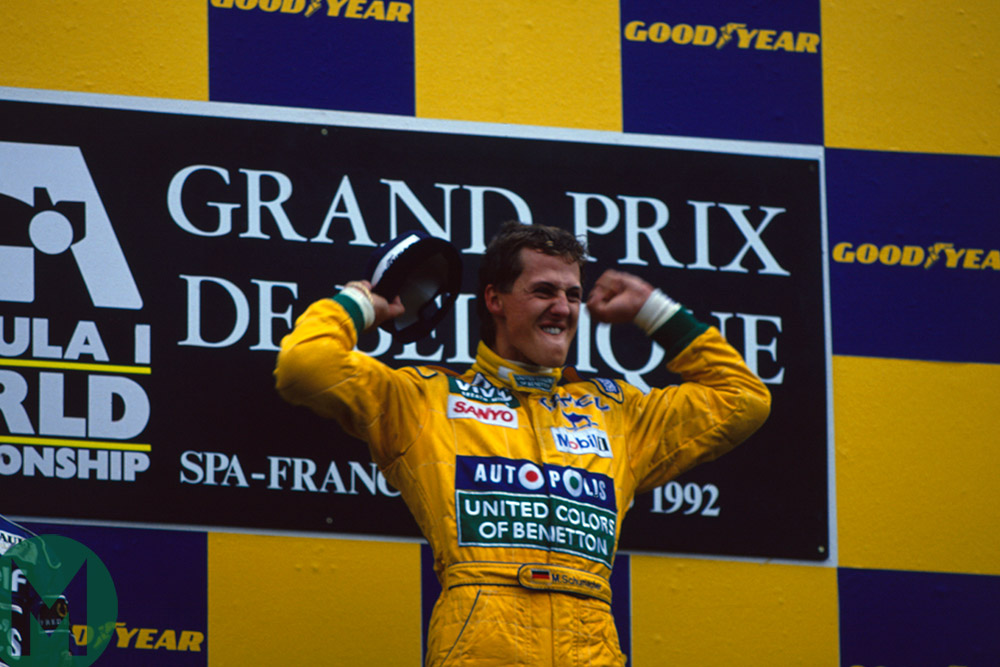 1992 Peugeot’s Derek Warwick and Yannick Dalmas won the 1992 Suzuka 1000Kms to clinch that year’s World Sportscar Championship for drivers and teams. Toyota’s Geoff Lees began the race with a mathematical chance of winning the title but finished second with Jan Lammers and David Brabham sharing his TS010. Philippe Alliot and Mauro Baldi were third in the other Peugeot.

1992 A year after his sensational Formula 1 debut, Michael Schumacher (above) scored his maiden victory for Benetton at Spa-Francorchamps as the fickle Ardennes weather played its part. Schumacher was fourth when ran wide on lap 30 and noticed that team-mate Martin Brundle’s tyres were blistered as the Englishman passed. That prompted a return to slick tyres which proved perfectly timed. The leaders all pitted during the next four laps which left Schumacher with a five-second lead and victory was assured when championship leader Nigel Mansell’s exhaust broke

1998 It is 20 years since Damon Hill led Ralf Schumacher in a 1-2 at Spa-Francorchamps to deliver Jordan Grand Prix’s maiden victory. Heavy rain fell throughout and the race was halted by a 13-car accident at the first corner. Michael Schumacher controlled of the restarted race until he crashed into the back of David Coulthard’s McLaren-Mercedes in the gloom. That prompted a furious Schumacher to storm down the pitlane to confront the Scot.