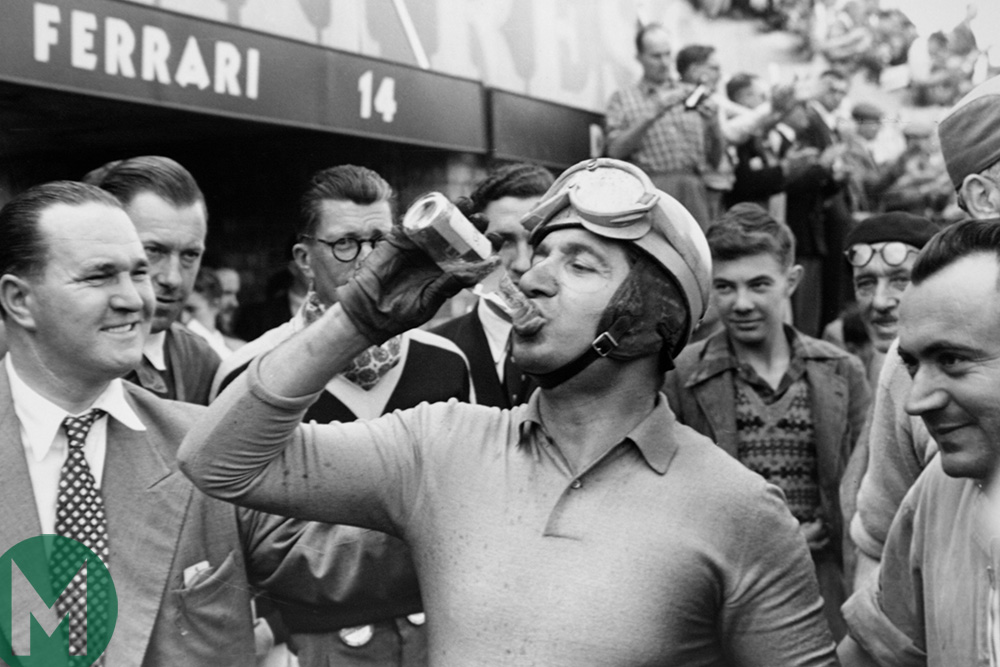 1918 Antonio Ascari’s successful racing career had only just accelerated when Alberto (above) was born in 1918. The second-generation Ascari would develop into one of the most dominant drivers in the history of the world championship. He first won a Grand Prix in 1951 and was unbeatable during the Formula 2 years in 1952 and 1953 – winning nine races in succession as he secured both titles. That an Italian has not been world champion since is a quirk of history.

1986 A startline accident at the 1986 British Grand Prix at Brands Hatch forced the race to be stopped and caused injuries that ended Jacques Laffite’s Formula 1 career on the day he was due to equal Graham Hill’s long-standing record of 176 starts. Nigel Mansell had broken his driveshaft but he took the spare car (that was set up for Nelson Piquet) for the restart. The Williams team-mates battled for the lead throughout and lapped the field. Piquet led for the opening 22 laps before Mansell made the decisive pass when Piquet missed a gear.

1993 The Allison family is a stock car racing dynasty that endured its tragedies at the start of the 1990s. Son of 1983 champion Bobby, Davey Allison was named Rookie of the Year in 1987 but narrowly lost the following year’s Daytona 500 to his father. He won the 1992 Daytona 500 but that year was marred by the death of his brother Clifford in a second-tier race. Davey was then killed in a helicopter accident at Talladega in July 1993. 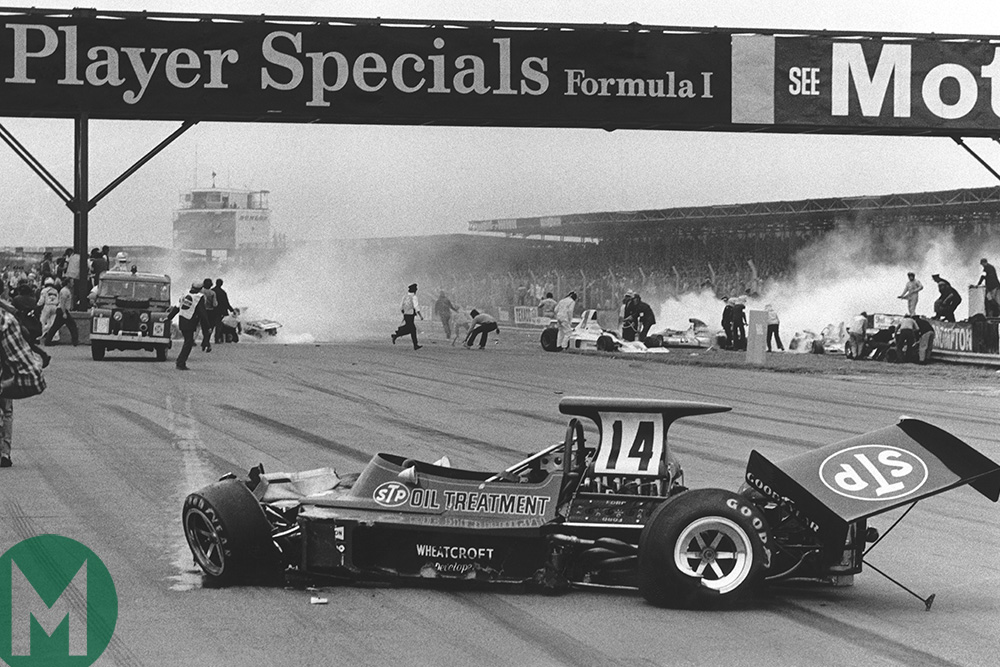 1951 The 1951 British Grand Prix was a red-letter day for Grand Prix racing’s most famous marque when Ferrari beat Alfa Romeo. It was the ‘Pampas Bull’ José Froilán González who had the privilege of delivering the Scuderia’s first victory in a World Championship Grand Prix. González was not a part of the works team until he deputised for an ill Piero Taruffi in France but he made the most of his opportunity two weeks later by qualifying on pole position and outlasting Juan Manuel Fangio’s thirsty supercharged Alfa Romeo to claim an important place in history.

1973 The 1973 British Grand Prix is best remembered for Jody Scheckter triggering an accident (above) when he spun at Woodcote on the second lap. Nine cars were eliminated, including the entire Surtees team. After the restart, Jackie Stewart spun while trying to pass Ronnie Peterson and Peter Revson emerged from a McLaren vs Lotus duel as a first-time winner when 2.8sec ahead of Peterson at the finish.

1979 Williams had been threatening to win its first Grand Prix for several weeks when finally Clay Regazzoni delivered victory in the 1979 British Grand Prix. Team leader Alan Jones dominated affairs but retired to hand that accolade to the Swiss veteran. The rest were nowhere.

1991 Nigel Mansell was imperious during the 1991 British Grand Prix – his Williams-Renault fastest in every session and leading from Stowe Corner on lap one to the finish. Ayrton Senna ran second until he ran out of fuel and Mansell gave his rival a lift back to the pits on his winning car. Riccardo Patrese collided with Gerhard Berger at the start but the Austrian finished second for McLaren-Honda. Prince William, George Harrison and Simon Le Bon were among the 120,000 who witnessed Mansell win that day.

1914 Siamese Prince and successful racing driver ‘B.Bira’ (Prince Birabongse Bhanudej Bhanubandh) was born 108 years ago today. ‘Bira’ was a graduate of Cambridge University who started racing in 1935, enjoying success with a couple of ERA B-types (nicknamed ‘Romulus’ and ‘Remus’) and a C-type (‘Hanuman’). He resumed racing after World War II and was in the field for the inaugural world championship Grand Prix at Silverstone in 1950. He won the non-championship New Zealand Grand Prix in 1955, retiring later that year. 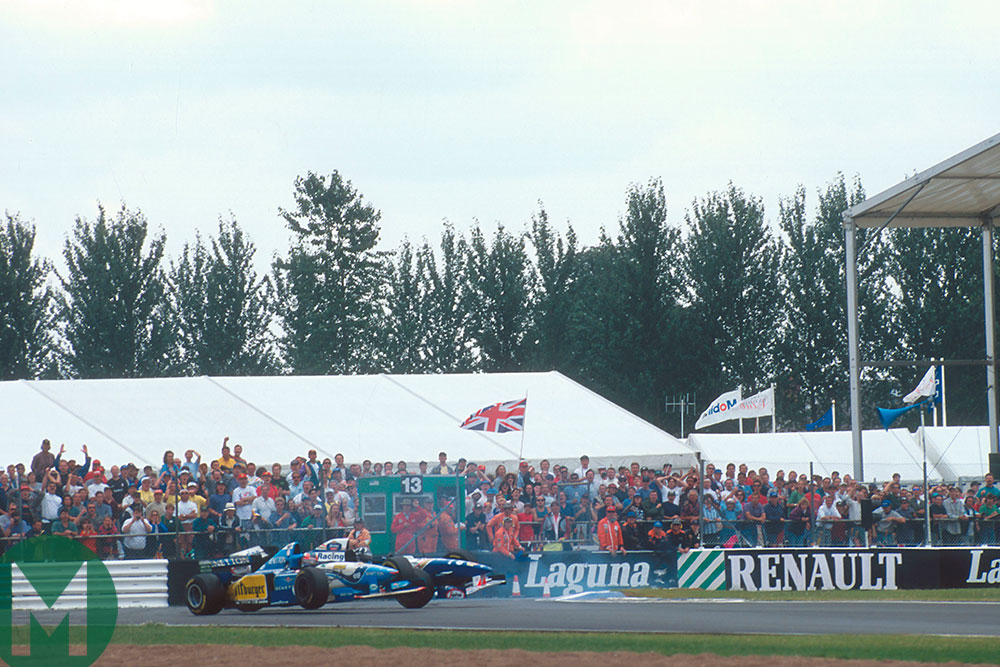 1960 Following his accident at the Belgian Grand Prix, Stirling Moss was fit enough wave the flag at the start of the British GP at Silverstone. Graham Hill stalled his BRM at the start but recovered from 22nd on lap one to pass Jack Brabham for the lead 54 laps later. His pace had been relentless and a first victory seemed assured but his brakes had faded and he spun Copse to hand Brabham victory. Motorcycle star John Surtees finished second on his sophomore F1 championship appearance.

1977 James Hunt qualified on pole position for the British Grand Prix but dropped to fourth after a poor start. He passed Jody Scheckter and Niki Lauda on closed on John Watson’s leading Brabham-Alfa. A fine dice was decided when Watson pitted after 49 laps with fuel injection issues so Hunt eased to his first win of the year. Lauda and Gunnar Nilsson completed the podium after a weekend that included debuts for Gilles Villeneuve, Patrick Tambay and the Renault turbo.

1995 Michael Schumacher and Damon Hill were locked in a controversial battle for the 1995 World Championship when Silverstone hosted that year’s British Grand Prix (above). Hill made the most of pole position but Schumacher’s one-stop strategy meant he had track position, just, when the Williams emerged from its second stop. On fresh rubber, Hill tried to take the lead at Priory on lap 45 and they collided. With the championship leaders out, David Coulthard (Williams) passed Johnny Herbert’s Benetton only to be denied by a late stop/go penalty for speeding in the pitlane. Herbert scored his first GP victory with Jean Alesi second and Coulthard third. 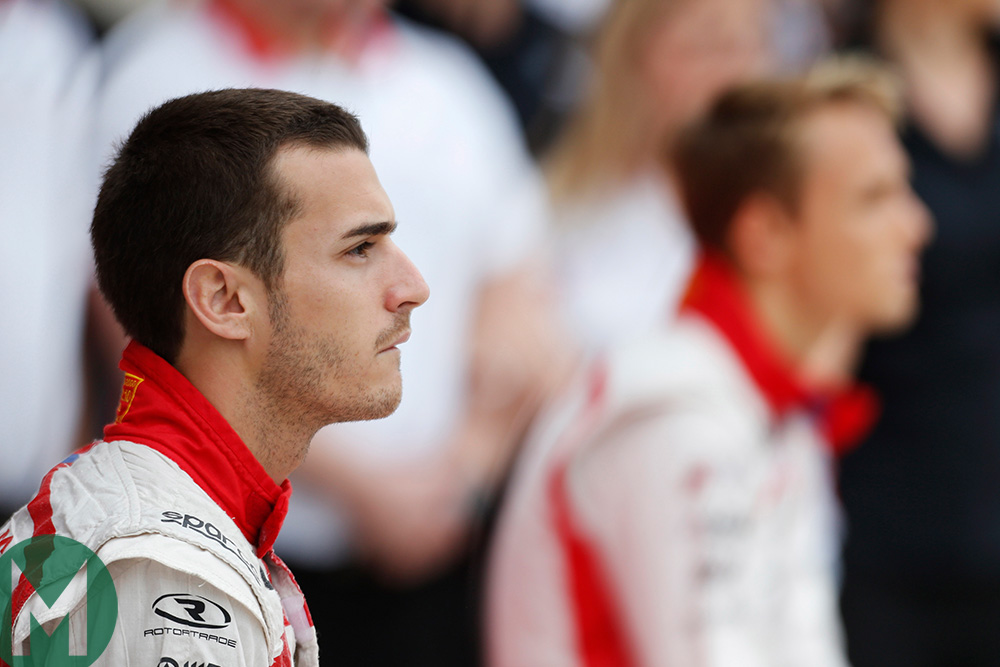 1927 Having held a warm-up event a month before, the magnificent new Nürburgring hosted the German Grand Prix for the first time in 1927. It was a triumph for the newly amalgamated Mercedes-Benz concern with Otto Merz leading a 1-2-3 for its 6.8-litre supercharged “S” model. Christian Werner was second and Willy Walb third. Elizabeth Junek finished fourth in a Bugatti.

2015 French Formula 1 driver Jules Bianchi (above, 2013) succumbed to the injuries he had suffered during the previous year’s Japanese GP on this day in 2015. A member of the Ferrari Academy, Bianchi graduated to Grand Prix racing with Marussia at the start of 2013. He scored a crucial ninth-place finish at the 2014 Monaco GP to score the team’s first championship points. He was tipped to be promoted to the Scuderia but tragedy intervened.

1970 Jochen Rindt scored his third successive victory in the 1970 British Grand Prix although that success owed much to Jack Brabham’s misfortune. Brabham took the lead on lap 69 and immediately set the fastest race lap as he pulled clear. Brabham was set to win when his Brabham-Ford ran out of fuel on the last lap. So Rindt inherited victory with a frustrated Brabham second and Denny Hulme a distant third. Rindt’s Lotus originally failed scrutineering but was eventually reinstated three hours later. Emerson Fittipaldi made his Formula 1 debut for Lotus.

1976 Chaos reigned at Brands Hatch when James Hunt was eliminated in a first corner pile-up in 1976. Hunt was eventually allowed to take the restart in his spare McLaren and he passed Niki Lauda’s Ferrari on lap 45 to win the British Grand Prix on the road. He was later disqualified for illegally changing cars with Lauda declared the winner with Jody Scheckter (Tyrrell) and John Watson (Penske) completing the top three.

1981 John Watson (below) delighted the home crowd by winning the 1981 British Grand Prix for McLaren – the first victory for the carbon-fibre MP4/1. The fast-but-fragile Renault turbos had dominated the meeting and qualified 1-2. Alain Prost retired from the lead and René Arnoux slowed. Watson closed in and took the lead with eight laps to go. Arnoux’s engine soon expired and Carlos Reutemann and Jacques Laffite completed the podium finishers. 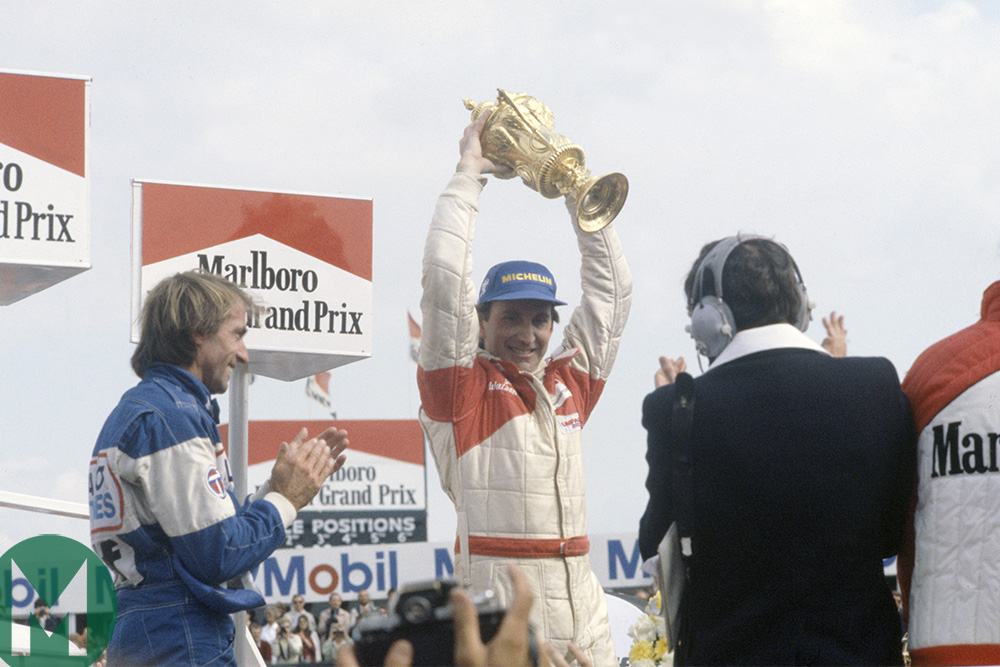 1936 The inaugural Deauville Grand Prix was held on a tricky street circuit in 1936 but it proved a tragic affair. Giuseppe Farina led from the start in a Ferrari-Alfa Romeo and he was about to lap the second-placed ERA of Franco-Algerian amateur Marcel Lehoux when the cars touched. Both rolled and the ERA caught fire with Lehoux killed instantly. It was the second tragedy of the race for Raymond Chambost, who had crashed at the same corner, eventually succumbed to his injuries. Only three cars finished with Jean-Pierre Wimille’s Bugatti the winner.

1975 The British Grand Prix had a run of dramatic races during the mid-1970s and the 1975 event was no exception. Tom Pryce started from pole position on a day when rain showers swept the circuit. Seven different drivers led on a chaotic day before another squall wrecked the field. The race was stopped after multi-car accidents at Club and Stowe on the 56th lap. Emerson Fittipaldi had changed to wets at the end of that lap and was declared the winner after one more cautious tour.