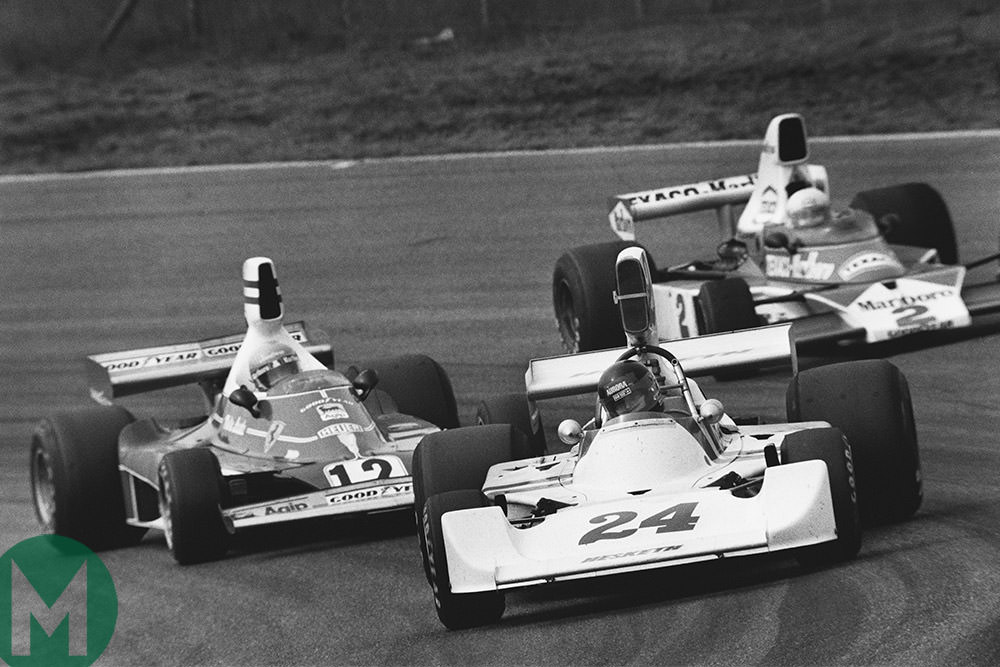 1930 Woolf Barnato and Glen Kidston led a Bentley 1-2 in the 1930 Le Mans 24 Hours as the former won the race for the third successive year, maintaining his 100 per cent win rate. The first half of the race had featured a spirited duel between a pair of 4.5-litre Bentleys and the large Mercedes-Benz of Rudolf Caracciola and Christian Werner but all three cars retired. Just 18 cars started the race.

1975 James Hunt withstood Niki Lauda’s late pressure to win the 1975 Dutch Grand Prix at Zandvoort. It was Hunt’s first GP victory and the only success for his Hesketh team. Lauda’s Ferrari had won the previous three championship rounds and led a Ferrari 1-2 in qualifying in Holland. The track was wet at the start and Hunt was the first of the leaders to change to dry tyres. It was a wise decision for Hunt assumed the lead once Lauda pitted. The Austrian passed Jean-Pierre Jarier’s second-placed Shadow and closed in on, but could not pass, the leading Hesketh.

1957 The Ecurie Ecosse D-type of Ivor Bueb and Ron Flockhart led a Jaguar 1-2-3-4-6 at Le Mans as the marque won the race for the third year in a row. The Ferraris of Peter Collins and Mike Hawthorn led during the early exchanges but both retired. The Flockhart/Bueb D-type took control in the third hour and was not headed again with Ninian Sanderson and John Lawrence second in the sister Ecosse entry. It was Jaguar’s last victory until 1988.

1991 Johnny Herbert, Bertrand Gachot and Volker Weidler’s rotary engine Mazda 787B (below) won the Le Mans 24 Hours for Mazda on this day in 1991. Like Mercedes and Porsche, Jaguar was forced to run with ballast and could not match the pace of the orange and green car, which won by two clear laps with three XJR-12s in its wake. Until last weekend, that remained the only victory for a Japanese car in the history of the race. 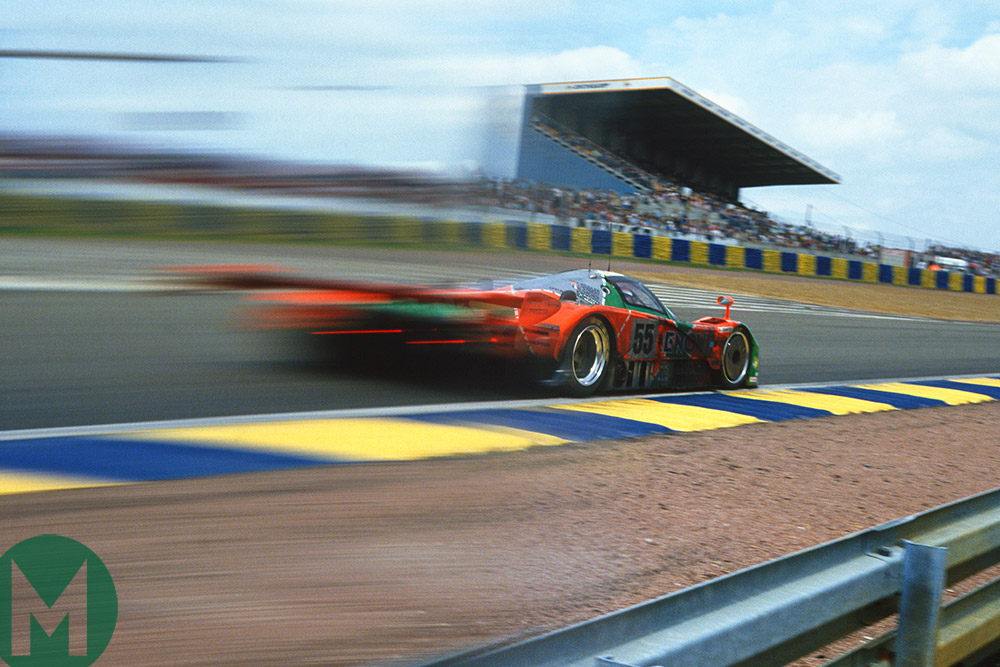 1911 Five-time Formula 1 World Champion Juan Manuel Fangio was born in Balcarce on this day in 1911. In his late-thirties by the time he made his name in Europe, Fangio was a successful member of the Alfa Romeo team during the early championship years, winning the title in 1951. He drove for Maserati for the next two seasons although much of 1952 was lost to injury. He joined Mercedes-Benz in 1954 to score successive titles before the German marque withdrew at the end of 1955. Titles number four and five followed in 1956 (for Ferrari) and 1957 (Maserati) before he entered semi-retirement.

1951 Peter Walker and Peter Whitehead scored Jaguar’s first victory at the Le Mans 24 Hours in 1951 after their C-type finished nine laps ahead of the leading Lago-Talbot of Pierre Meyrat and Guy Mairesse. Stirling Moss set a blistering pace during the early stages in the sister Jaguar, setting the race’s fastest lap in the process. The Aston Martin of Lance Macklin and Eric Thompson finished third.

1990 Alain Prost (below) came from 13th on the grid to win the 1990 Mexican Grand Prix for Ferrari after pulling off 10 overtaking manoeuvres during the race. However, the best pass of the day was pulled off by team-mate Nigel Mansell who passed Gerhard Berger on the outside of Mexico City’s Curva Peraltada with a lap to go to secure a Ferrari 1-2. Both McLarens suffered excessive tyre wear and Ayrton Senna’s race was ended by a puncture. Berger finished third. 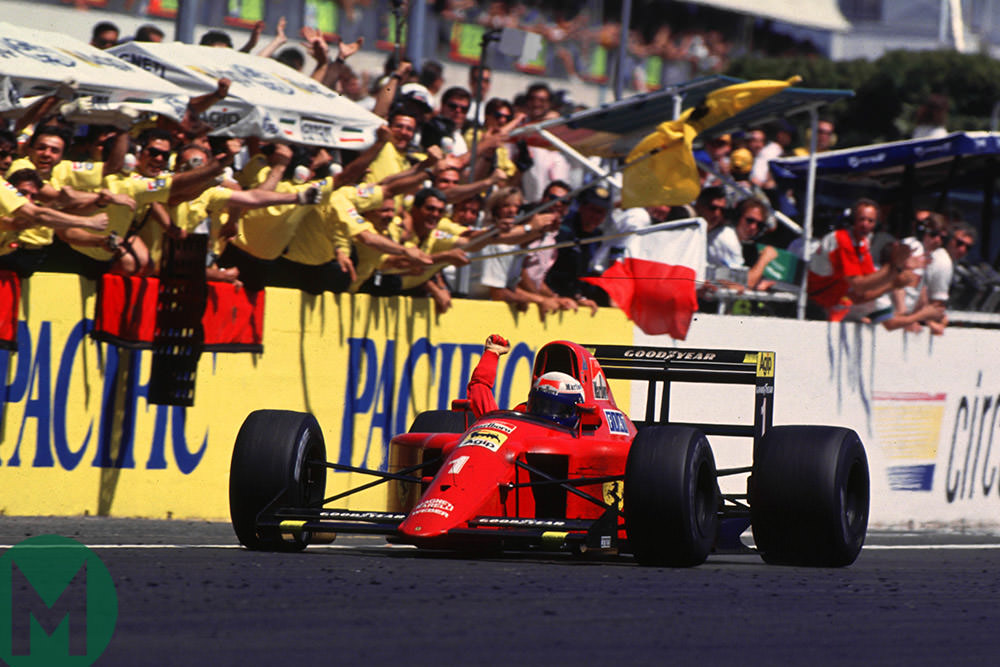 1939 England’s leading driver of the 1930s was leading the 1939 Belgian Grand Prix when he was killed when he crashed on the approach to La Source with 13 laps to go. Dick Seaman had joined Mercedes-Benz in 1937 and won the following year’s German GP to establish himself at this level. He was an excellent second in the Swiss rain and completed 1938 by finishing in a popular third at Donington. It was raining again when the 1939 season opened at Spa-Francorchamps and Seaman was pulling away from team-mate Hermann Lang when he crashed into the trees.

1964 Former Grand Prix driver and Le Mans winner Johnny Herbert was born in Romford. Successful in the junior categories, he graduated to Formula 1 with Benetton in 1989 but that year was hindered by ankle injuries he had sustained during the 1988 Brands Hatch Formula 3000 race. Dropped before mid-season, he won the 1991 Le Mans 24 Hours for Mazda and rebuilt his Formula 1 reputation with Tyrrell, Lotus and Ligier before re-joining Benetton as Michael Schumacher’s team-mate at the end of 1994. He inherited victories in Britain and Italy during 1995 but moved to Sauber at the end of the year. He scored a third victory in 1999 for Stewart Grand Prix at the Nürburgring and retired from F1 after an unhappy single season with the rebranded Jaguar Racing.

1906 The first Grand Prix to be held started on the roads outside Le Mans. The two-day event was won by the Hungarian Ferenc Szisz for Renault at an average speed of almost 63 mph. Paul Baras (Brasier) led the opening two 64-mile laps and but Szisz took the lead on lap three and controlled the event thereafter to register an historic victory. Thirty-two cars started in pairs with Felice Nazzaro’s Fiat was second, over an hour behind the winner.

1926 Just three cars started the French Grand Prix at Miramas in 1926, forming the smallest such field in history. All three were works Bugatti T39As and only one was classified as a finisher: Jules Goux. Meo Costantini was unclassified when over 15 laps behind and Pierre de Vizcaya’s engine failed before half distance.

1985 Nico Rosberg was born in Wiesbaden on this day in 1985. He won the inaugural GP2 title in 2005 a year before graduating to Formula 1 with Williams. He spent four seasons with the former champions before moving to Mercedes-Benz as Michael Schumacher’s team-mate. A breakthrough victory followed in China in 2012 and four seasons with Lewis Hamilton in the sister car culminated in World Championship success in 2016 and instant retirement from the sport. The son of 1982 World Champion Keke, Nico Rosberg won 23 of the 206 GPs he started. 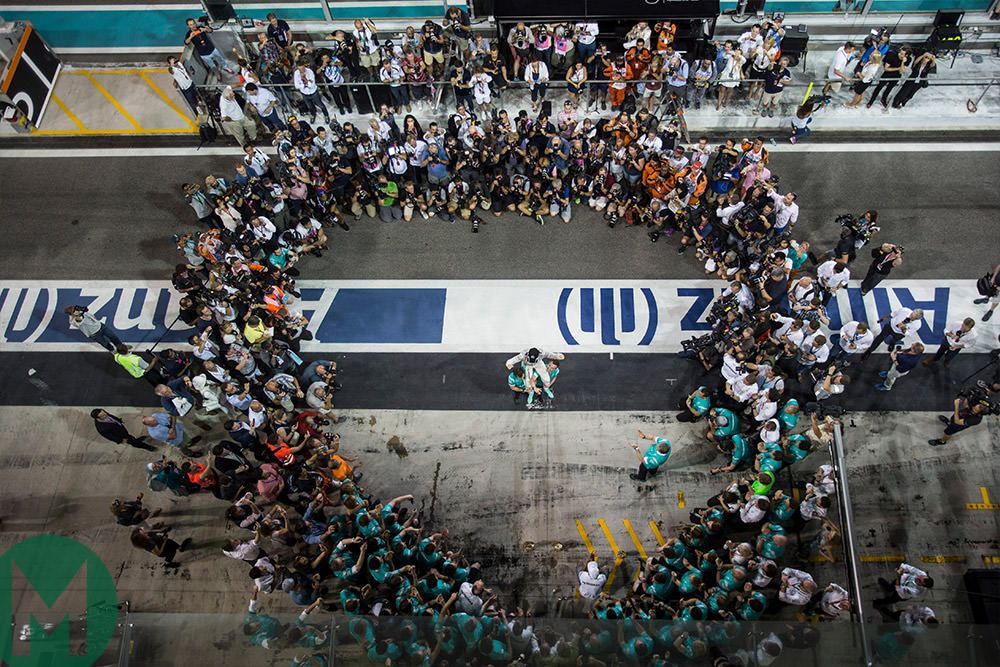 1964 A couple of weeks after losing the Belgian Grand Prix in the closing stages, Dan Gurney scored Brabham’s first World Championship victory in the French Grand Prix at Rouen-les-Essarts. Jim Clark (Lotus) qualified on pole position and led the opening 30 laps before retiring. That left the tall American to complete the final 27 laps and ease to victory. Graham Hill recovered from an early spin to finish second for BRM. Jack Brabham was third with rookie Peter Arundell fourth.