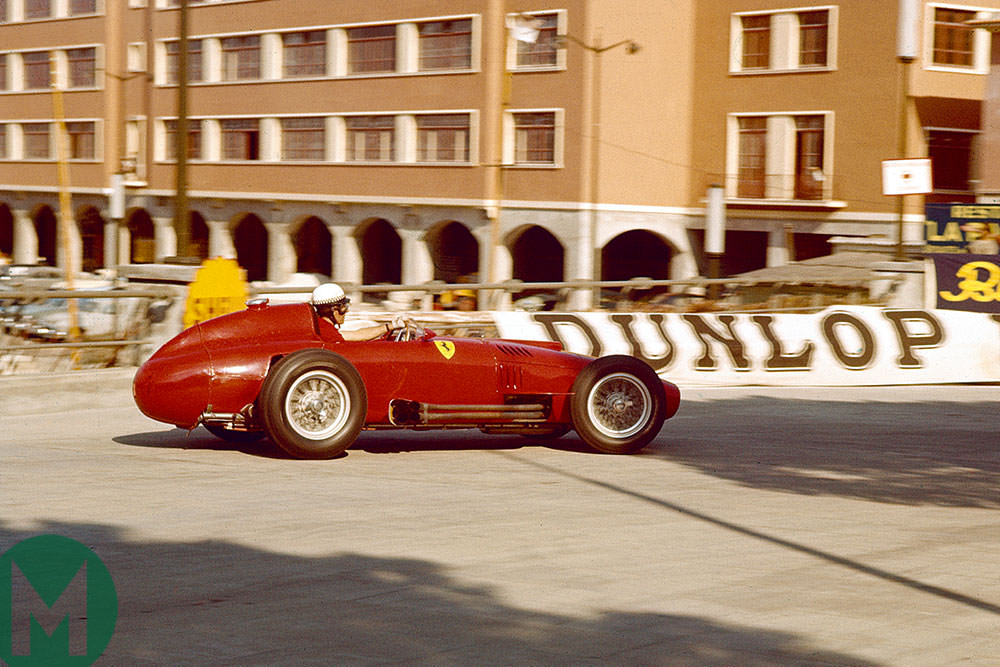 1928 Wolfgang von Trips was born 90 years ago. A Ferrari driver since 1956, the German nobleman had established himself as a Formula 1 star by the time he challenged for the 1961 World Championship. The “shark-nose” Ferraris were the class of the field that year and von Trips won the Dutch and British Grands Prix to take the points lead before the penultimate race at Monza. On the verge of the title, von Trips was killed during the early laps of the Italian GP in an accident that also claimed the life of 14 spectators.

1946 Five-time Grand Prix winner John Watson was born in Belfast in 1946. Winner of the 1976 Austrian GP for Penske, it was five years before he won the British GP for McLaren. He challenged for the 1982 title until the final race in Las Vegas and scored a last Formula 1 victory at Long Beach after charging through the field from 22nd on the grid.

1969 The Spanish Grand Prix was held on Barcelona’s temporary Montjuïc Park circuit for the first time in 1969. Jackie Stewart’s Matra M80-Ford won but it was the rear wing failures on the Lotus 49-Fords of Graham Hill and Jochen Rindt that made the headlines. Both crashed at high speed, and high aerofoils were subsequently banned as a consequence. Chris Amon led for Ferrari but another victory was lost when his engine failed.

1931 ‘Bentley Boy’ and all-round adventurer Glen Kidston was killed in an aircraft accident in South Africa in 1931. He began racing motorcycles after World War I and was a regular at Brooklands during the 1920s before quitting the sport to get married. The lure of speed proved too strong however, for Kidston returned to motor racing by the end of the decade. His highest-profile successes came at Le Mans when driving for Bentley. Second at Le Mans in 1929, he shared the winning car with Woolf Barnato a year later.

1985 Elio de Angelis (Lotus-Renault) inherited victory in the 1985 San Marino Grand Prix when Alain Prost’s McLaren-TAG was found to be underweight after the race. Ayrton Senna was on course for his second successive victory before running out of fuel with four laps to go. That left Stefan Johansson’s Ferrari in the lead but the Swede also spluttered to a halt, half a lap later. Prost then ran dry after taking the chequered flag and failed scrutineering. De Angelis was handed victory without leading a lap. 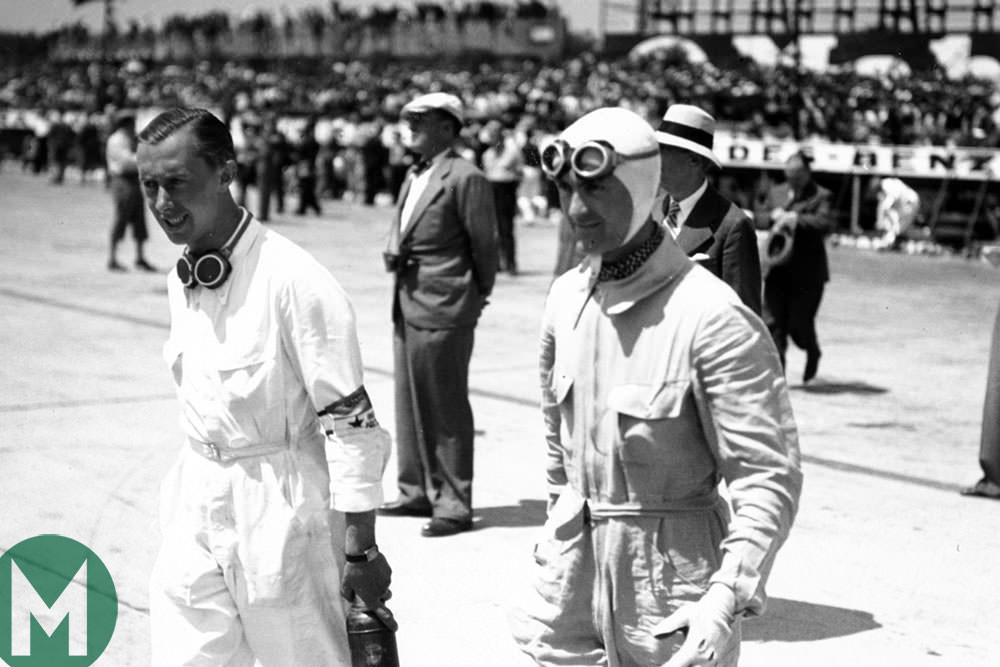 1905 Pre-war Grand Prix driver and post-war New York restaurateur René Dreyfus (pictured, above left with Louis Chiron) was born in Nice. His greatest victory came in the 1930 Monaco Grand Prix when he added an extra fuel tank to his Bugatti. That allowed Dreyfus to run non-stop and beat the works cars of Louis Chiron and Guy Bouriat. His Delahaye beat the mighty Mercedes team at Pau in 1938 and Dreyfus raced in the 1940 Indianapolis 500 before serving in the US Army during World War II. He settled in New York where he ran the famed Le Chanteclair on Madison and 49th.

1967 Brabham-Repco’s Denny Hulme won the 1967 Monaco Grand Prix to take the championship lead but the New Zealander’s first GP win was overshadowed by the terrible accident that befell Lorenzo Bandini on lap 82. Bandini crashed his second-placed Ferrari at the chicane and suffered severe burns when the car caught fire. He died three days later.

1968 Mike Spence was killed while practising for the Indianapolis 500. A veteran of 31 GP starts, including a third-place finish at the 1965 Mexican GP, Spence had been drafted in to replace the late Jim Clark in Andy Granatelli’s STP line-up for Indy. He was shaking down the sister Lotus 56-Pratt & Whitney for team-mate Greg Weld when he crashed in Turn 1. He died in hospital four hours later.

1978 It’s 40 years since Patrick Depailler finally scored his breakthrough Grand Prix victory in Monaco. John Watson’s Brabham-Alfa Romeo led from the start before experiencing brake issues that allowed Depailler’s Tyrrell 008-Ford to take the lead on lap 38. The Frenchman, who already had 15 podium finishes to his name, withstood pressure from Niki Lauda in the second Brabham-Alfa to win. Lauda stormed back from changing a punctured tyre to retake second position. 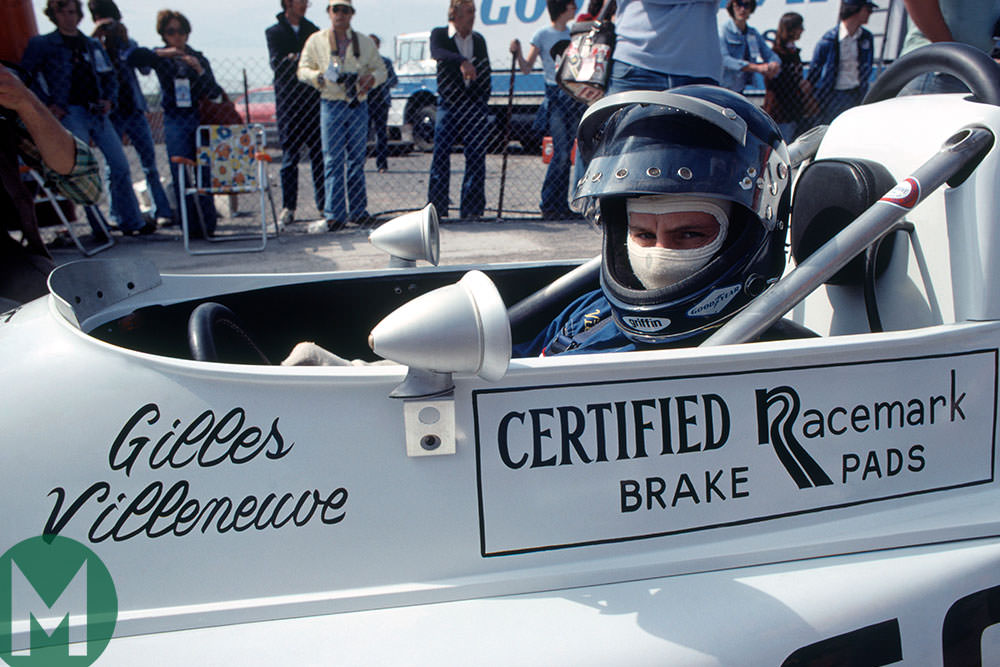 1977 Mario Andretti (Lotus 78-Ford) dominated the Spanish Grand Prix by leading all the way from pole position to victory. Jacques Laffite gave chase in the Ligier-Matra before losing a lap in the pits. He set the fastest race lap as he charged back into seventh position. Joint championship leader Niki Lauda did not start due to a rib injury and Carlos Reutemann finished second in the only Ferrari in the race. The reconstituted Williams Grand Prix Engineering made its debut with Patrick Nève’s March 761-Ford 12th.

1982 Formula 1 was rocked by the death of 32-year-old Ferrari star Gilles Villeneuve during qualifying for the Belgian Grand Prix at Zolder. One of the most spectacular drivers in the sport’s history, the Canadian won six of the 67 GPs he started and finished as runner-up behind team-mate Jody Scheckter in the 1979 World Championship.

1954 José Froilán González’s works Ferrari 625 won the non-championship Bordeaux Grand Prix on a short temporary street circuit adjacent to the River Garonne. Maurice Trintignant qualified his works Ferrari on pole position but finished third after stopping to change spark plugs. Local hero Jean Behra led briefly for Gordini but Robert Manzon was the first Frenchman to finish, second in Louis Rosier’s Ferrari. Stirling Moss raced his new Maserati 250F for the first time. He finished fourth after a change from Dunlop to Pirelli tyres during the race improved handling on the wet track.

2004 The 2004 Spanish Grand Prix was Michael Schumacher 200th start in a championship race and his 75th victory. Jarno Trulli’s Renault came from the second row to lead the opening eight before Schumacher took control after the first of three stops. Rubens Barrichello used a two-stop strategy to complete a one-two for Ferrari. 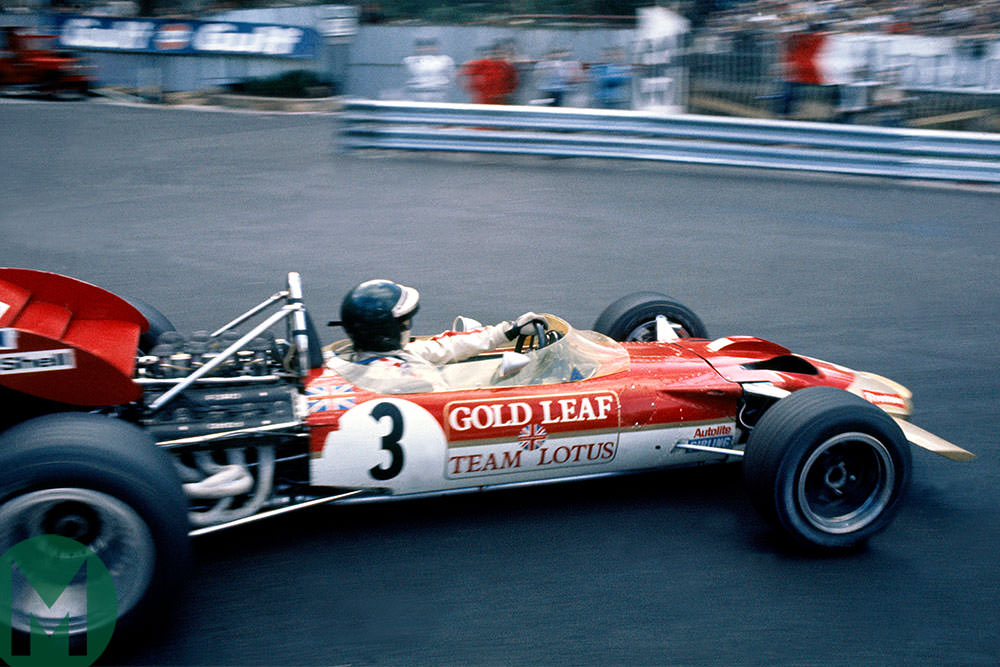 1970 Jochen Rindt (above) snatched victory when Jack Brabham lost control on the final corner of the 1970 Monaco Grand Prix. Jackie Stewart dominated before being sidelined by ignition problems and Brabham appeared in control until being baulked by a backmarker. Rindt lapped quicker than the pole-winning time as he closed in for an improbable victory.

1975 Three-time Indianapolis 500 winner Hélio Castroneves was born in São Paulo. He graduated to Champ Cars in 1998 and joined Penske Racing two years later. He won the 2001 Indy 500 on his first appearance at the Brickyard a year before Penske switched permanently to the IRL. Castroneves successfully defended his Indy crown in 2002 and added a third success in 2009. He lost the 2017 Indy 500 to Takuma Sato by just 0.2011sec.