On this day in Formula 1, Le Mans and more, from the database 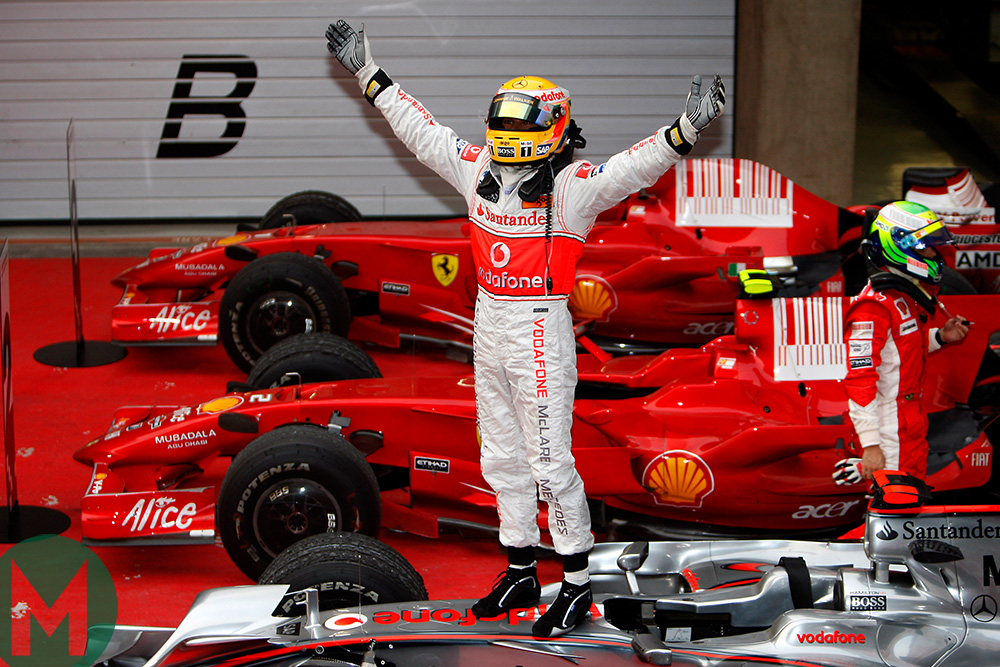 1946 1980 Formula 1 world champion Alan Jones is born. This gritty Australian won the 1977 Austrian Grand Prix for Shadow but it was with Williams that he emerged as the class of the field – winning four times in 1979. Third overall that year, he scored another five victories in 1980 to beat Brabham’s Nelson Piquet to the World Championship. He retired at the end of 1981 before making unsuccessful returns with Arrows and Haas Lola.

2008 Needing to finish fifth to clinch the title in just his second Formula 1 season, Lewis Hamilton (above) appeared to have lost out when a late shower forced him to change to wets, slipping out of the top five when passed by Sebastian Vettel’s Toro Rosso. With Ferrari rival Felipe Massa scoring the emotional home victory required to claim the title, Hamilton entered the final lap 13 seconds behind Timo Glock’s dry-shod Toyota but passed the German on the last corner to win the world championship for the first time. 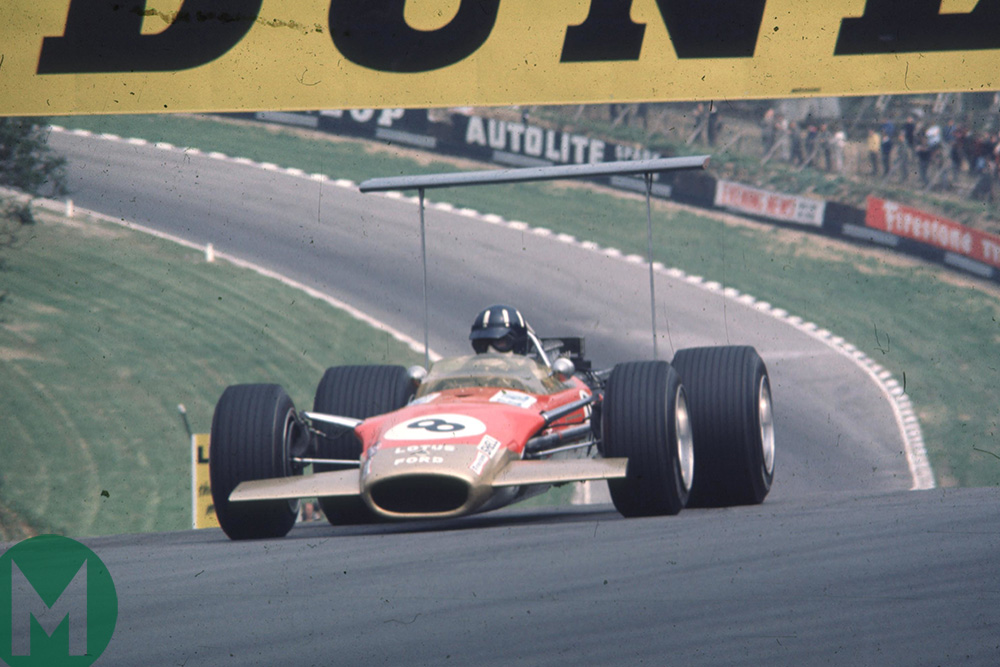 1957 Ferrari clinched the World Sportscar Championship thanks to a 1-2-3-4 finish in the Venezuelan Grand Prix on a tight temporary circuit in Caracas. Peter Collins and Phil Hill shared the winning Ferrari 335S with Mike Hawthorn and Luigi Musso second in the sister machine. It was a disastrous day for Maserati. Pole winner Stirling Moss lost a minute at the start but carved his way through the field in the opening hour of the race to lead. His challenge ended when Joseph Hap Dressel’s slower AC Ace pulled in front of him while being lapped. Contact was inevitable and the AC somersaulted into a telegraph pole in the massive accident, its driver injured in the crash. Another two works Maseratis crashed into each other when Jo Bonnier’s wheel fell off.

1968 Graham Hill (above) was crowned world champion for the second time 50 years ago. Hill, Jackie Stewart and defending champion Denny Hulme all entered the 1968 Mexican Grand Prix with a mathematical chance of securing the title – and they filled the top three positions by lap five. Hulme soon retired and Stewart’s challenge was stymied by a misfire. Hill passed pole winner Jo Siffert to win the race and clinch the title after a traumatic season for Team Lotus. Siffert faded to sixth with Bruce McLaren and Jackie Oliver completing the podium finishers.

1991 The Australian Grand Prix in Adelaide was the shortest race in Formula 1 history, abandoned after just 14 laps and less than 25 minutes due to torrential rain. Ayrton Senna started from pole position for the 60th time and he was still leading when the race was red-flagged after the second and third cars of Gerhard Berger and Nigel Mansell both crashed. 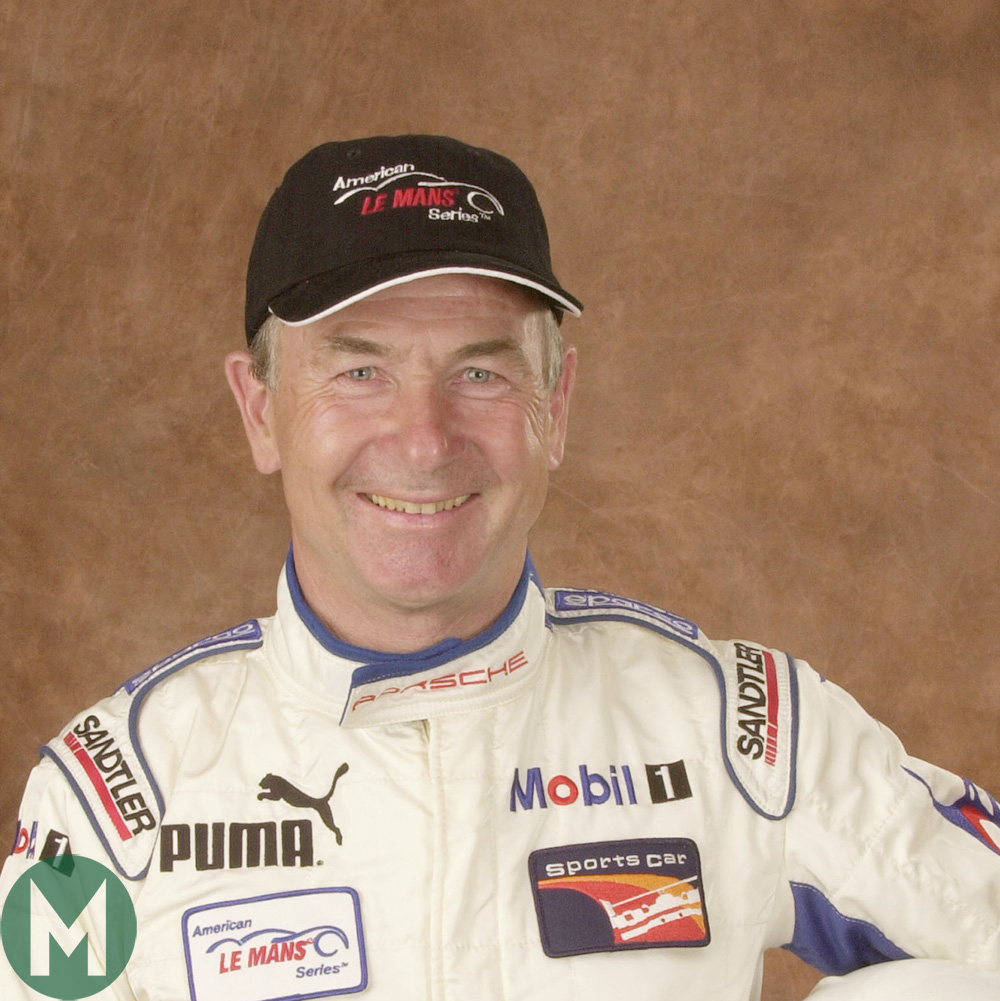 1943 It is 75 years since French sports car legend Bob Wollek (above) was born in Strasbourg. He made the first of 30 appearances at Le Mans in 1968 but never tasted victory in endurance racing’s greatest event – finishing second on four occasions. Wollek scored 11 victories in the World Sportscar Championship and was crowned European Group C Champion in 1983. He raced for Ron Dennis’s Rondel Racing Formula 2 team from 1971 to 1973 with second-place finishes at Imola 1972 and Thruxton 1973 his highest profile single-seater results. Wollek was killed when he was hit by a vehicle while cycling to his hotel on the eve of the 2001 Sebring 12 Hours.

1905 Staunch privateer Louis Rosier was born. A garage owner in Clermont-Ferrand before World War II, he raced a Lago-Talbot after peace was restored to Europe. Winner of the 1949 Belgian Grand Prix, his consistency was rewarded with fourth in the following year’s inaugural world championship. He also won the 1950 Le Mans 24 Hours when sharing a Lago-Talbot T26GS with his son Jean-Louis. Fifth in the 1956 German GP with a Maserati 250F on his last World Championship appearance, Rosier suffered fatal head injuries when he crashed in that year’s wet Coupe du Salon at Montlhéry.

1931 Three-time Grand Prix winner Peter Collins was born in Kidderminster. The son of a car dealer, Collins raced in 500cc Formula 3 from the age of 17. He joined HWM for the 1952 World Championship season and finished sixth in the French Grand Prix. He also raced for Aston Martin that year and won the 1952 Goodwood Nine Hours and 1953 Tourist Trophy for the marque. Second at Le Mans in 1955, he won the end of season Targa Florio with Stirling Moss and a Mercedes-Benz 300SLR. He moved to Ferrari in 1956 and won successive GPs at in Belgium and France before famously sacrificing his own title hopes by giving his second-placed car to Juan Manuel Fangio at Monza. Collins rebounded from a frustrating 1957 to win the following year’s Buenos Aires and Sebring sports car races before leading the British GP from start-to-finish. Now third in the World Championship, Collins was killed two weeks later when he crashed during the German GP at the Nürburgring.

1994 Run in heavy rain, the Japanese Grand Prix was stopped after 13 laps when Martin Brundle’s McLaren-Peugeot crashed, narrowly missing a caterpillar truck but hitting a marshal as they removed a stranded car. The track worker suffered a broken leg and the race was eventually restarted with results declared on aggregate times. Damon Hill drove one of the best races of his career to overcome a seven second disadvantage and beat Michael Schumacher and prolong the title fight to the final race in Australia. 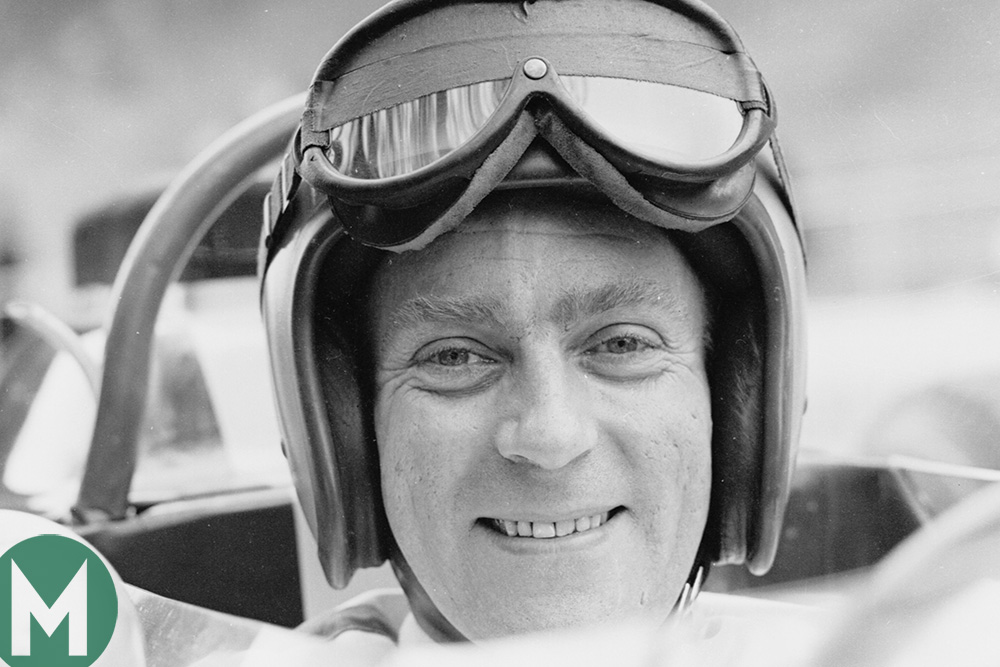 1956 Jonathan Palmer celebrates his 62nd birthday. A qualified doctor, Palmer won the 1981 British Formula 3 and 1983 European Formula 2 titles during an impressive career in the junior categories. He started 83 races for Williams, RAM, Zakspeed and Tyrrell during seven years as a Grand Prix driver – winning the Jim Clark Cup for normally aspirated cars and finishing fourth in Australia during 1987. He established the successful PalmerSport corporate entertainment concern and formed Motor Sport Vision to acquire and run Brands Hatch, Cadwell Park, Oulton Park and Snetterton in 2004. Promotor of the single-make, low cost Palmer-Audi and FIA F2 categories, Palmer was inducted into the Motor Sport Hall of Fame in June as winner of the Industry Champion Award.

1933 Peter Arundell (above) was born 85 years ago. Double British Formula Junior champion with Lotus, Arundell graduated to the Formula 1 world championship in 1964 and finished third in his first two Grands Prix. Also fourth in that year’s French GP, Arundell was seriously injured during a Formula 2 race at Reims and it was 18 months before he raced again. He returned to Team Lotus in 1966 but could not reproduce the promise of his maiden campaign and was replaced by Graham Hill for the following season. He retired from racing in 1969 and died in Norfolk in 2009.