The major anniversaries from Formula 1, Le Mans and more from the database 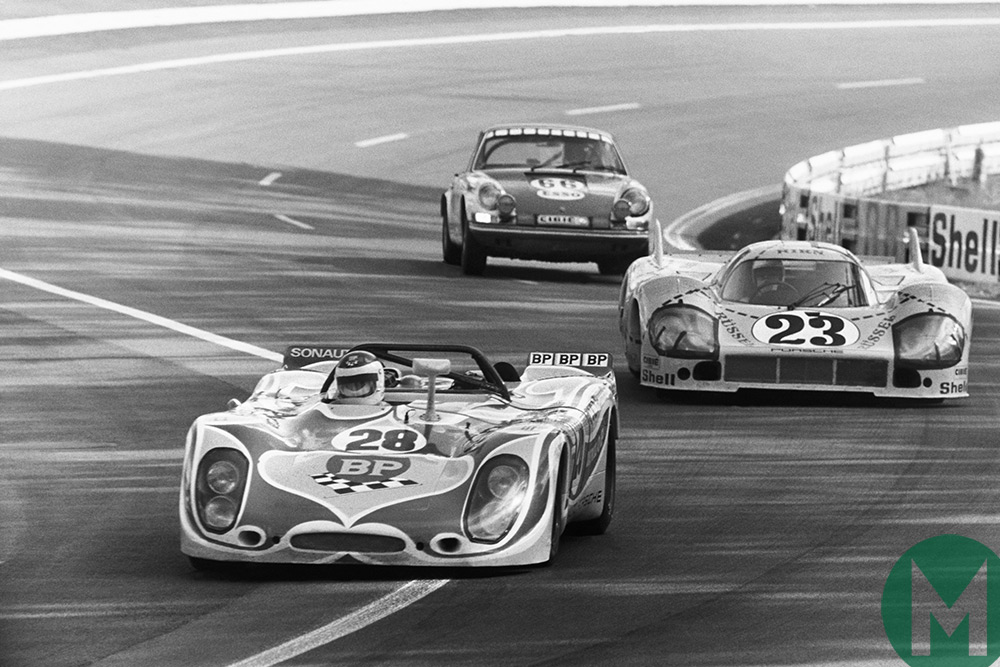 1999 French sports car stalwart Claude Ballot-Léna (above, Le Mans 1971) succumbs to cancer. Ballot-Léna started the Le Mans 24 Hours on 23 occasions between 1966 and 1989, winning his class seven times. Outright victory proved elusive although he did win 24-hour races at Spa-Francorchamps in 1969 (with Guy Chasseuil and a Porsche 911) and Daytona in 1983 (sharing a Porsche 935 with Bob Wollek, A.J.Foyt and car owner Preston Henn). He retired from racing in 1989.

1965 1999 Formula 1 runner-up Eddie Irvine is born. Successful in the junior categories and having established himself as a star in Japan, Irvine started the last two Grands Prix of 1993 for Jordan and immediately hit the headlines on his debut at Suzuka by finishing sixth and for a post-race altercation with Ayrton Senna. He was banned for three races when adjudged to have caused an accident at the opening race of 1994 but he finished third at the following year’s Canadian GP. It was a surprise when Irvine was chosen to partner Michael Schumacher at Ferrari from 1996. He scored a breakthrough triumph in the 1999 Australian GP and challenged for that year’s title after Schumacher broke his leg during the British GP. Irvine accepted a lucrative contract with Jaguar Racing for 2000 and remained with the marque for the last three years of his F1 career.

1989 Current Scuderia Toro Rosso driver Brendon Hartley is born in Palmerston North. He was Red Bull’s reserve at the start of 2009 but soon lost the energy drink company’s backing. Hartley rebuilt his career in endurance racing, particularly when he joined Porsche for the 2014 World Endurance Championship. Championship success in 2015 was followed by victory at Le Mans two years later. That restored Hartley’s reputation and he was restored to the Red Bull roster when he joined Toro Rosso for the last four Grands Prix of 2017. He did enough to retain his drive for 2018 but speculation continues about his future with the team. 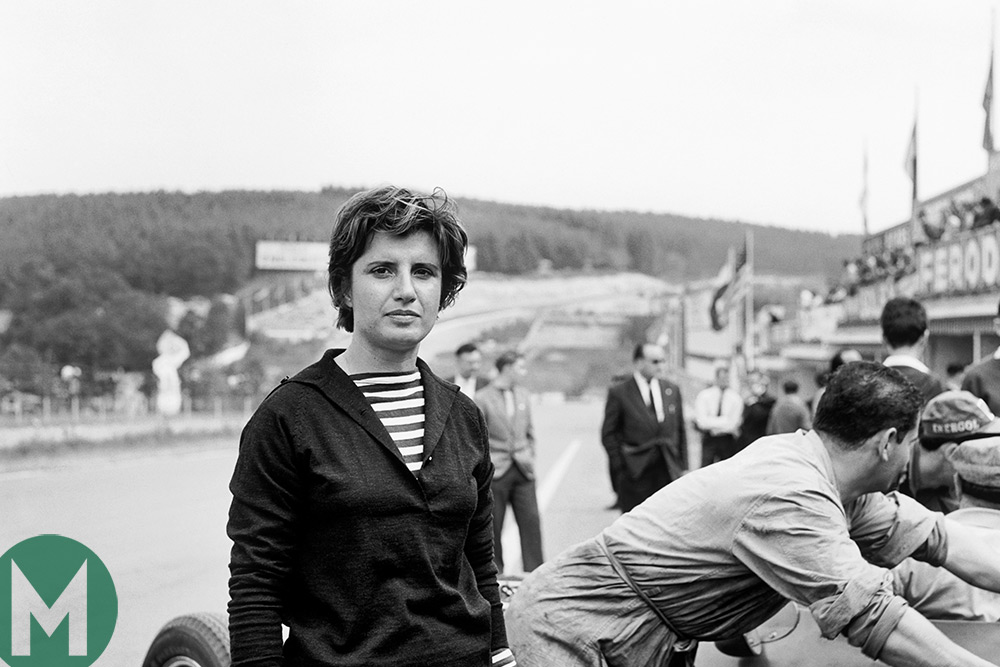 1926 The first lady to race in the Formula 1 world championship, Maria Teresa de Filippis (above), is born in Naples. The daughter of an Italian nobleman and Spanish mother, de Filippis drove a Fiat 500 in a hillclimb in 1948 before graduating to national sports cars. She was injured when she rolled a Maserati during the 1956 Buenos Aires 1000Kms but remained undaunted. A Maserati 250F was acquired in 1958 to graduate to F1. She started three GPs that year but retired from the sport in the middle of 1959 following the death of Jean Behra at AVUS. De Filippis died in January 2016.

1937 Vittorio Brambilla is born in Monza. The younger brother of Tino, the ‘Monza Gorilla’ was a hard racer who graduated to Formula 1 in 1974 and started 74 championship races for March, Surtees and Alfa Romeo. His career was littered with accidents and he was seriously injured in the startline accident to the 1978 Italian Grand Prix that claimed the life of Ronnie Peterson. Brambilla was leading the 1975 Austrian GP when heavy rain forced the race to be stopped early. He celebrated his only GP victory by crashing into the pit wall as the chequered flag was shown. He suffered a fatal heart attack at 63 in 2001.

1967 McLaren’s sporting director Gil de Ferran celebrates his birthday. Born in Paris to Brazilian parents, de Ferran graduation through the British racing categories included winning the 1992 Formula 3 title for Paul Stewart Racing. A race winner in Formula 3000, de Ferran switched to Champ Cars in 1995 when a Formula 1 opportunity failed to materialise. A winner for both Jim Hall and Derrick Walker, he joined Penske Racing in 2000 and won the Champ Car title that year and the next. The team switched to the rival Indy Racing League in 2002 and victory in the following year’s Indianapolis 500 was the highlight of his final season in the series.

1914 The first British driver to win both the Le Mans 24 Hours and a continental Grand Prix is born. Peter Whitehead began racing while an undergraduate at Cambridge University and he finished third in the 1936 Donington GP when sharing his ERA B-type with Peter Walker. He then used the car to win the 1938 Australian GP at an unpaved Bathurst. Having served with the Royal Tank Corps during World War II, Whitehead persuaded Ferrari to sell him an F1 car in 1948 but he was injured in a plane crash at Croydon Aerodrome when leaving to conclude the deal. Whitehead enjoyed a consistent 1949 campaign with the green Ferrari 125 and won the Czech GP at Brno. Third in the 1950 French GP, he won the following year’s Le Mans 24 Hours for Jaguar when sharing with Walker once more. Second at Le Mans in 1958 with a private Aston Martin, he was killed when his half-brother Graham crashed into a ravine during that year’s Tour de France Automobile. 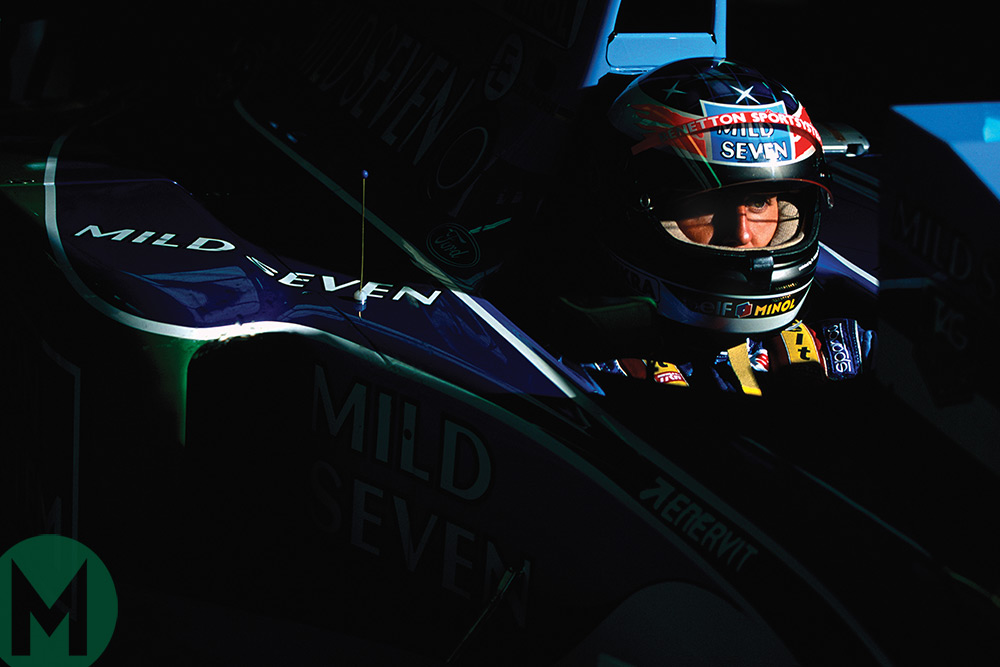 1994 It is 24 years since Michael Schumacher (above) clinched his first world championship following that controversial collision with Damon Hill in Australia. The Benetton driver led into lap 36 but was pressured into contact with the barrier and he crashed into Hill as the Williams passed. Both drivers were out and Schumacher, a point ahead before the race, was confirmed as world champion, albeit in unsatisfactory circumstances. That left Nigel Mansell to win for the final time which was good enough to clinch the constructors’ title for Williams-Renault.

2010 The Abu Dhabi Grand Prix was a four-way world championship decider. Ferrari’s Fernando Alonso started the race eight points ahead of Mark Webber with both Sebastian Vettel and Lewis Hamilton further back. Polesitter Vettel led from the start but Alonso became trapped behind Vitaly Petrov’s Renault after his ill-timed pitstop and he could not pass the Russian in 40 laps of trying. Vettel reeled off the laps to win the race and become the sport’s youngest world champion to date with Hamilton second. The frustrated Alonso and Webber trailed in seventh and eighth, still stuck behind Petrov’s Renault.

1992 Richard Petty retired on this day having started 1184 races in the NASCAR Cup Series. With trademark Stetson hat, cowboy boots and number 43 on his car, ‘The King’ won 200 times (plus two as a relief driver) during that stellar career. The son of Lee Petty, who would win the inaugural Daytona 500 in 1959, Richard Petty made his Cup debut in 1958 and won the first of seven titles in 1964. He scored his final NASCAR victory at Daytona’s summer meeting with President Ronald Reagan in attendance.