On this day in motor sport, from the database 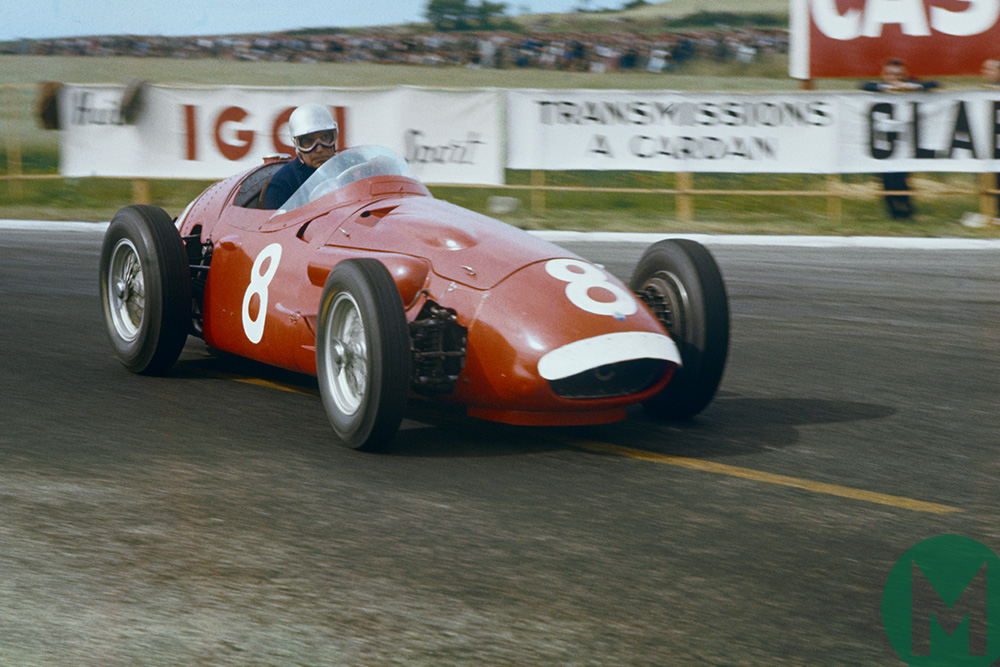 1906 Grand Prix veteran, team manager and respected author Piero Taruffi is born. The son of a wealthy surgeon, and with a degree in engineering, Taruffi raced motorcycles from the mid-1920s and won the 1932 European 500cc title on a Norton. He was also racing cars by that time, although that career was interrupted by a huge accident during the 1934 Tripoli Grand Prix. He raced an Alfa Romeo 158 in the 1950 Italian GP and was a full-time member of Scuderia Ferrari in 1951 – second in the Swiss rain his best result. He won that year’s Carrera Panamericana and opened the 1952 World Championship with victory in Switzerland. An occasional Formula 1 driver thereafter with the likes of Lancia, Mercedes and Vanwall, Taruffi won the 1954 Targa Florio and 1957 Mille Miglia before retiring from the driver’s seat.

1940 Le Mans winner Luis Fontes is killed in an airplane accident at the age of 27. The son of a Brazilian shipping tycoon, Fontes inherited his father’s fortune on his 21st birthday, which funded his passions for motor racing and aviation. He won the 1935 JCC International Trophy at Brooklands and shared John Hindmarsh’s winning Lagonda at Le Mans in June. However, he served three years for manslaughter after a motorcyclist died that October following a head-on collision. Once released, Fontes joined the Air Transport Auxiliary and was delivering a Wellington bomber to RAF Ludlow when he crashed following engine failure.

1986 Gerhard Berger turns promise into victory by running non-stop to win the Mexican Grand Prix for Benetton-BMW and Pirelli. Nigel Mansell would have clinched the world championship if he beat Nelson Piquet and Alain Prost, but he fluffed his start and finished fifth. Prost was second, while blistering Goodyears restricted Piquet to fourth. Ayrton Senna qualified on pole and finished third for Lotus but was another to suffer tyre issues. 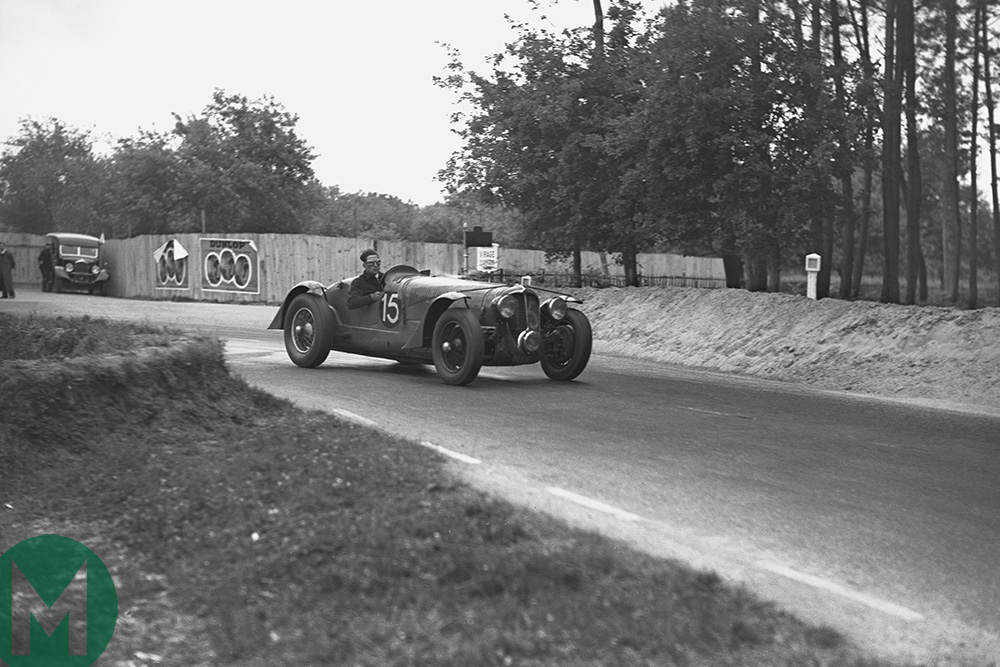 1944 A sad anniversary regarding another pre-war Le Mans winner, Jean Trémoulet. His debut in the race in 1937 ended when he rolled the Delahaye he shared with Eugène Chaboud after hitting wreckage from the accident that cost the lives of René Kippeurt and Pat Fairfield. Trémoulet and Chaboud returned 12 months later and inherited victory when Raymond Sommer retired from a comfortable lead. Trémoulet was killed in a motorcycle accident in 1944 while serving with The Resistance in his native Dordogne.

1981 Veteran Grand Prix driver Philippe Étancelin dies in 1981. With trademark cap worn back to front, the Frenchman was a fixture on the international racing scene for four decades. His Bugatti T35C beat Tim Birkin’s Bentley in the 1930 French Grand Prix on the roads outside Pau, and Etancelin shared the winning Alfa Romeo 8C ‘Monza’ in the 1934 Le Mans 24 Hours. He raced on after World War II before racing for the final time in 1953.

1996 The final Formula 1 race of the year is held at Suzuka. The Japanese Grand Prix was the title decider once more, with Williams team-mates Damon Hill and Jacques Villeneuve the contenders. Hill led from start to finish to clinch the world championship in his last race for the team, while the Canadian rookie made a poor start from pole position and crashed after his wheel fell off following a pitstop. Michael Schumacher and Mika Häkkinen completed the podium finishers for Ferrari and McLaren respectively. 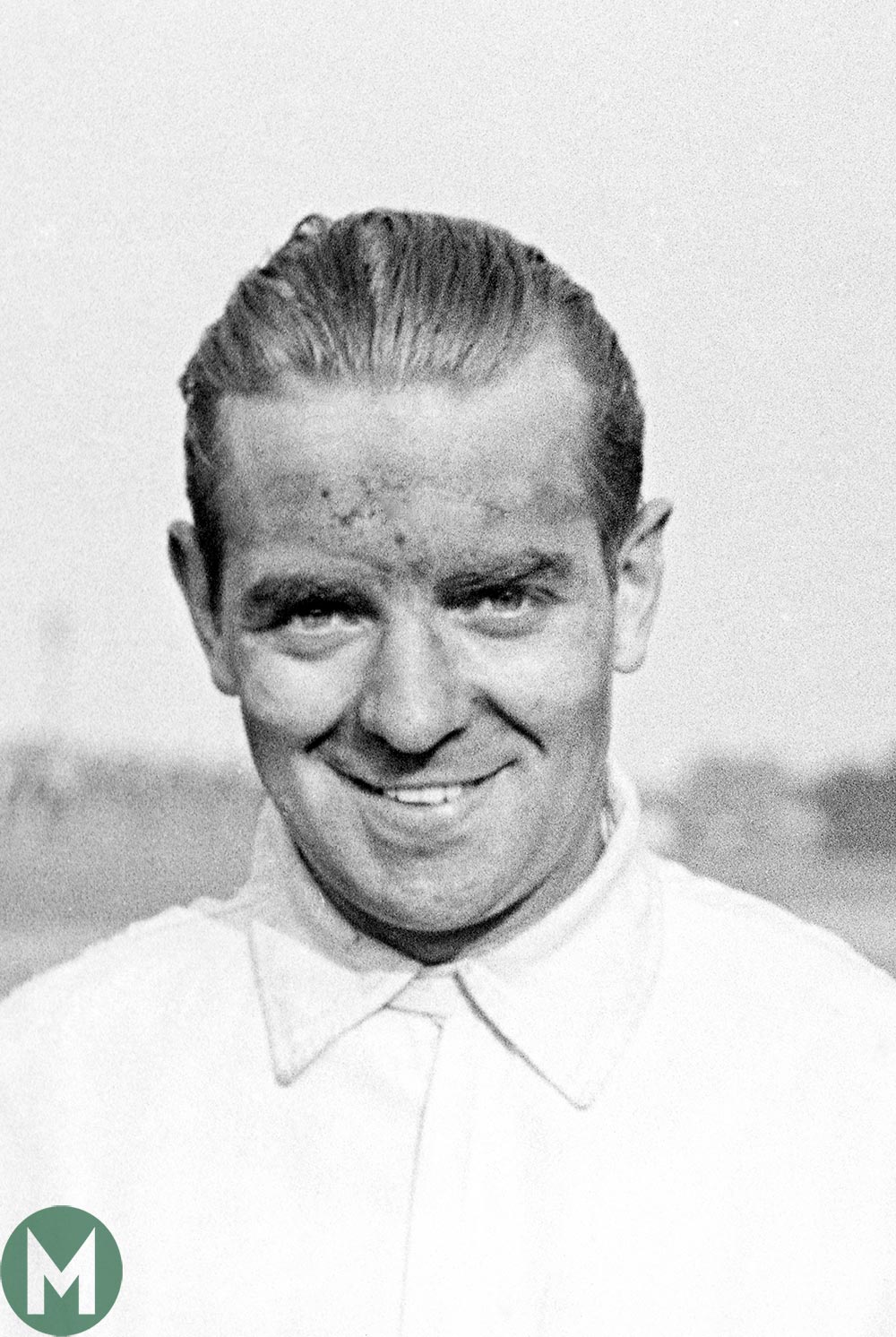 1909 Auto Union star Bernd Rosemeyer is born. Successful on motorcycles, Rosemeyer made his Grand Prix debut for the marque in 1935 and was a GP winner at Brno that year. The prizes were presented by famed aviator Elli Beinhorn and they married during the summer of 1936, becoming one of Germany’s best-known couples. Rosemeyer won the 1936 European Championship with victories in the German, Swiss and Italian GPs and scored a final such success at Donington in 1937. He was killed in a speed record attempt on January 28, 1938.

1983 Nelson Piquet clinches his second world championship success with a conservative race to third in South Africa. Piquet and Riccardo Patrese’s Brabham-BMWs ran 1-2 before the Renault of title rival Alain Prost retired. No longer needing victory, Piquet turned down the boost and let Patrese and Andrea de Cesaris’s Alfa Romeo past. It was Patrese’s second Grand Prix victory while de Cesaris equaled his best F1 result in second. Niki Lauda’s McLaren-TAG was closing on Patrese before he retired in the closing stages.

1918 Tony Rolt is born. He began racing as an 18 year old in 1936 and acquired Prince Bira’s ERA ‘Remus’ the following year. World War II robbed Rolt of his most competitive years and he was imprisoned in Colditz castle after being captured near Calais. He resumed racing once peace had been restored and started the British Grand Prix on five occasions, retiring each time. He shared the winning Jaguar C-type in the 1953 Le Mans 24 Hours with Duncan Hamilton before deciding to concentrate on his engineering business.

1937 The ‘Racing Baronet’ Sir John Whitmore is born in Essex. He began rallying in the late 1950s and shared a Lotus Elite with Jim Clark for his debut at Le Mans in 1959. It was in saloons that Whitmore excelled, winning the 1961 British title with a Mini Cooper and 1965 European 1600cc class in Alan Mann’s Lotus Cortina. He retired from racing in 1966 to concentrate on his cereal farm and young family. Whitmore later competed in historic racing but died last year.

2011 Dan Wheldon is killed during the final IndyCar race of the season at Las Vegas Speedway. He made his debut in the series during 2002 and won the following year’s rookie title for Andretti Green Racing. A race winner and runner-up in 2004, he won the following year’s Indianapolis 500 on the way to the title. He moved to Chip Ganassi Racing in 2006 and only lost the championship due to Sam Hornish Jr’s greater number of race wins. Wheldon was without a regular ride when he scored a dramatic last-corner victory at Indianapolis in 2011 in a one-off drive for Bryan Herta Autosport. 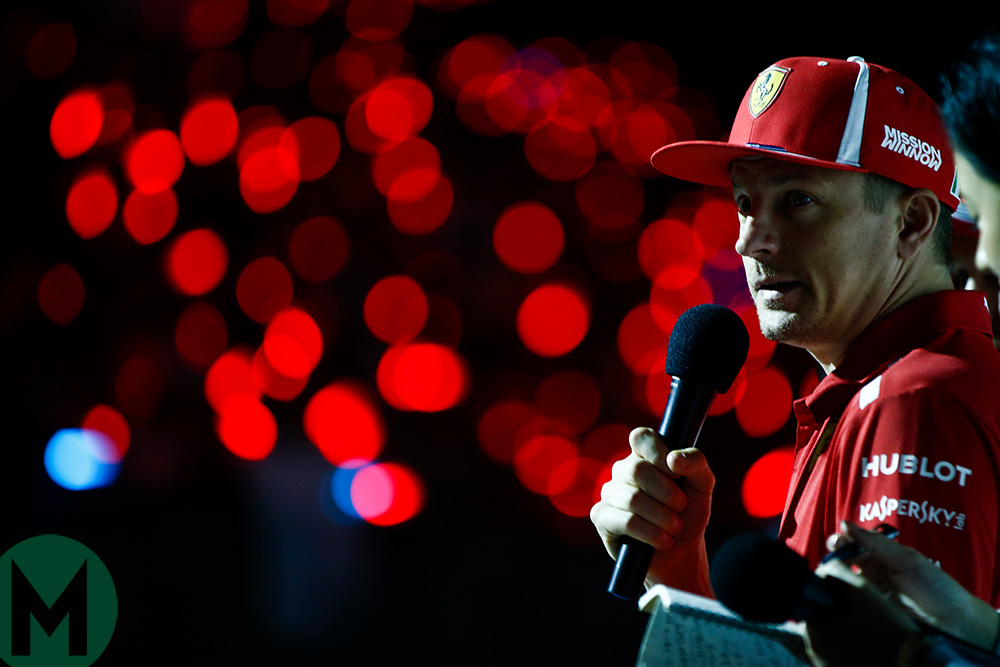 1979 Kimi Räikkönen is born. The Finn graduated to F1 in 2001 after just two seasons racing cars. Sixth on his debut for Sauber, he joined McLaren for his sophomore campaign at the beginning of five seasons with the team. He scored his breakthrough victory in Malaysia as he challenged Michael Schumacher for the 2003 title and finished as runner-up again in 2005 thanks to seven victories. He replaced Schumacher at Ferrari in 2007 and snatched the title from McLaren’s Lewis Hamilton and Fernando Alonso at the final round. Surplus to requirements at the end of 2009, Räikkönen competed in stock cars and the World Rally Championship before returning to F1 with Lotus-Renault in 2012. Twice a winner, he rejoined Ferrari in 2014 for five consistent but winless seasons. He returns to Sauber in 2019.

1981 Carlos Reutemann heads to Las Vegas for the inaugural Caesars Palace Grand Prix leading Nelson Piquet by a single point in the world championship. The Williams driver qualified on pole position but drove a strangely anonymous race into eighth position. Piquet passed his rival on lap 17 and survived exhaustion to finish fifth and clinch the title. Alan Jones led throughout to win his final race for Williams while the third title contender, Ligier’s Jacques Laffite, finished sixth after changing tyres.

1992 The World Sportscar Championship comes to a downbeat conclusion at Magny-Cours on this day in 1992. With the series cancelled for 1993, Philippe Alliot and Mauro Baldi beat a field of just eight cars as Peugeots dominated. Christophe Bouchut and Eric Hélary finished second but hopes of an all-Peugeot podium were dashed when world champions Yannick Dalmas and Derek Warwick lost five laps in the pits having their black box changed.

2009 Jenson Button was crowned world champion for Brawn at the 2009 Brazilian Grand Prix. The Englishman started 14th after rain had affected qualifying but he drove through the field to score a crucial fifth-place finish. Team-mate Rubens Barrichello qualified on pole position in front of his home crowd but lost out during a safety car period. Mark Webber (Red Bull) qualified on the front row and led the last 51 laps to win for the second time. Robert Kubica was second and Lewis Hamilton and Sebastian Vettel came from 17th and 15th respectively to finish third and fourth.