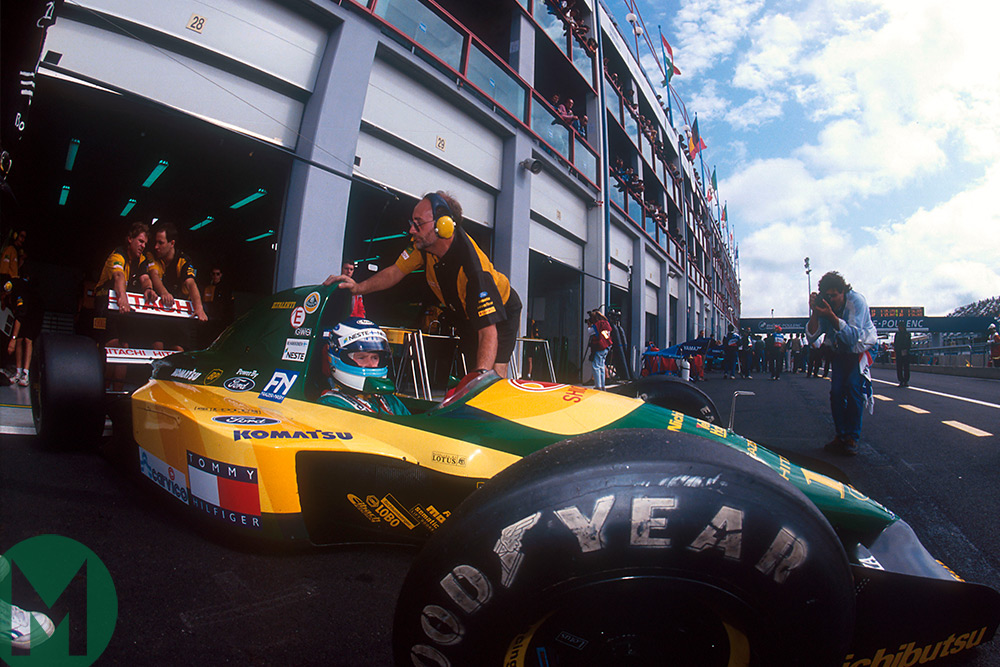 1968 Double Formula 1 World Champion Mika Häkkinen is born. A champion in both GM-Lotus and Formula 3, he graduated to Grand Prix racing in 1991 as part of a reconstituted Team Lotus. He joined McLaren in 1993, initially as reserve driver but he was promoted to the race team by the end of the season. He survived serious injury at the end of 1995 to emerge as a race winner by the end of 1997. Häkkinen then beat Ferrari’s Michael Schumacher and Eddie Irvine to win back-to-back world championships in 1998 and 1999 before retiring from Formula 1 at the end of 2001.

1979 The Friday of the Canadian Grand Prix was dominated by Niki Lauda’s abrupt decision to walk away from Formula 1 with immediate effect. The 30-year-old double world champion drove the new Brabham BT49-Ford in the morning session before leaving the circuit and announcing that he had retired from the sport, as he did not want “to drive a racing car around in circles” any more. Lauda was eventually persuaded to return by McLaren and he added a third title in 1984.

2008 The first Formula 1 night race is held on the streets of Singapore. Fernando Alonso scored a surprise win for Renault after benefitting from a timely safety car triggered by team-mate Nelson Piquet’s crash. Felipe Massa had led the early laps before leaving the pits with the fuel hose still attached, and Nico Rosberg’s hopes of a breakthrough victory were scotched by a stop-go penalty for entering the pits before he was allowed to.

1968 Pedro Rodríguez and Lucien Bianchi win the Le Mans 24 Hours for John Wyer and Ford. Their GT40 was five laps clear of Rico Steinemann and Dieter Spoerry’s Porsche 907 and Ford clinched the World Sportscar Championship. It was Ford’s third successive victory in the race.

1991 Barcelona’s Circuit de Catalunya hosts the Spanish Grand Prix for the first time. Nigel Mansell and Ayrton Senna went wheel-to-wheel for the length of the pit straight, inches apart, during the early damp laps and the Englishman maintained his title hopes by winning for the fifth time that season. He passed Gerhard Berger for the lead on lap 21 and he beat Alain Prost by 11.331sec. Senna was strangely off form and he faded to fifth at the finish.

1946 Jochen Mass is born in Dorfen. He started 105 Grands Prix between 1973 and 1982 and won the shortened 1975 Spanish GP for McLaren. Mass excelled in sports car racing and finished as world championship runner-up in 1984 and 1989 when driving for Porsche and Sauber-Mercedes respectively. Also runner-up in the 1973 Formula 2 standings, Mass shared the winning Sauber C9-Mercedes in the 1989 Le Mans 24 Hours with Stanley Dickens and Manuel Reuter.

1988 Successful sports car driver and Porsche North America’s motorsport boss Al Holbert is killed in a light aircraft accident. The son of a successful road racer, Holbert was IMSA GTP champion on five occasions and won the Le Mans 24 Hours for Porsche in 1983, 1986 and 1987. Fourth on his only appearance in the Indianapolis 500 in 1984, he was managing Porsche’s North American racing operations by the time he retired as a driver after the 1988 Sebring 12 Hours. He was returning from that year’s IMSA race at Columbus when his light aircraft crashed shortly after takeoff.

1997 Max Verstappen is born. The youngest man to start (and also to win) a Grand Prix, the teenage Verstappen breezed into F1 with Scuderia Toro Rosso in 2014 after just one season racing cars. Confident and assured from start, he was promoted to the senior Red Bull squad at the 2015 Spanish GP. Which he promptly won. Twice a winner during 2016, he delivered a fourth success in this year’s Austrian GP on Red Bull’s home circuit.

1942 Jean-Pierre Jabouille is born in Paris. A respected engineer/driver, he won the 1976 European Formula 2 Championship. He was chosen as Renault’s test driver for the turbocharged F1 project and gave the engine its debut in the 1977 British Grand Prix. He delivered its first victory in the 1979 French GP and also won the following year’s Austrian GP. Already signed with Ligier for the following season, Jabouille broke both his legs when he crashed during the 1980 Canadian GP and those injuries eventually persuaded him to retire from F1 after the 1981 Spanish GP.

2006 Michael Schumacher scores his 91st and final Grand Prix victory in the Chinese GP. A couple of weeks after announcing he would retire at the end of the season, Schumacher beat title rival and defending champion Fernando Alonso by 3.121sec after jumping the Renaults in the final pitstops. Having been 25 points behind in June, Schumacher was now level with the Spaniard with two races to go. 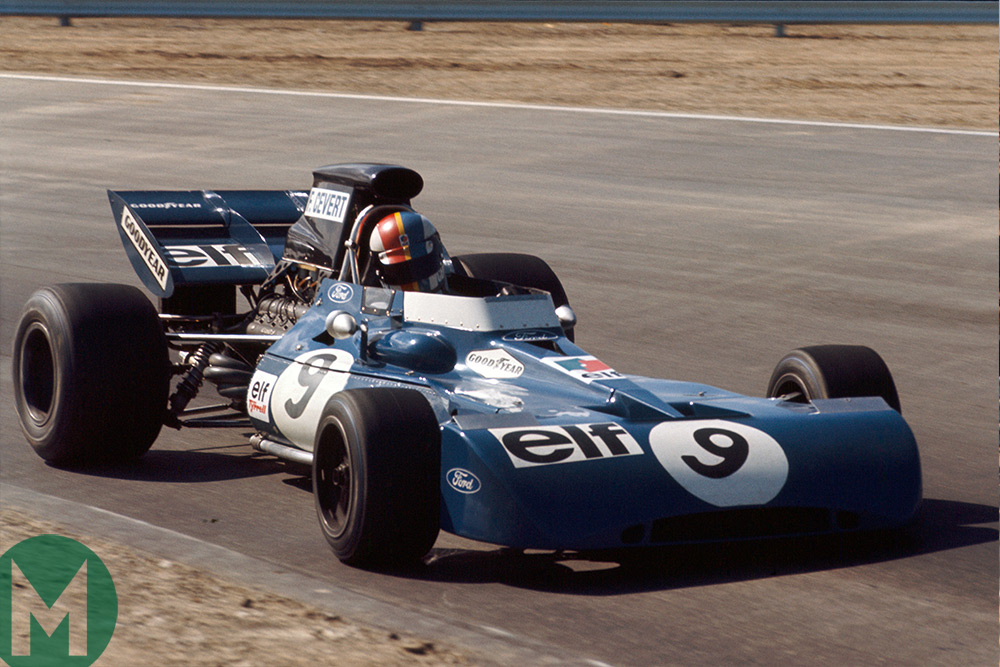 1937 The German Grand Prix teams race at Donington Park for the first time. Hermann Lang led the early laps for Mecedes, but he lost the lead to pole-winning team-mate Manfred von Brauchitsch while lapping the fastest local car after just 12 laps. The race developed into a battle between von Brauchitsch and Bernd Rosemeyer’s Auto Union, which the latter won after the Mercedes punctured a tyre with eight laps to go.

1948 Silverstone hosts the British Grand Prix for the first time, with the perimeter road and runways of the wartime airfield forming a 3.7-mile circuit. Luigi Villoresi and Alberto Ascari arrived late so had to start their Scuderia Ambrosiana Maserati 4CLT/48s from the back of the grid. The Italians were the class of the field, however, and they dominated proceedings with Villoresi leading a 1-2 at the finish. Bob Gerard’s ERA was third, more than two minutes behind Villoresi after the 65 laps had been completed.

1971 Tyrrell number two driver François Cevert scores the only victory of his Formula 1 career at Watkins Glen (pic above). Team-mate Jackie Stewart led for the first 13 laps but suffered from poor handling and could only finish fifth. Cevert ran third in the opening laps before passing Denny Hulme and being waved through by the understeering Stewart. Jacky Ickx challenged for the lead before he retired.

1970 In just his fourth Grand Prix, Emerson Fittipaldi wins the United States GP, confirming Jochen Rindt as the sport’s first and so far only posthumous World Champion. Jackie Stewart led for the opening 82 laps before suffering an oil leak while in command. Pedro Rodríguez then pitted for fuel with seven laps to go to hand victory to the young Brazilian. Fittipaldi beat Rodríguez’s BRM by 36 seconds with the second Lotus of Reine Wisell in third position.