Just because the Spanish Grand Prix is generally a processional race, doesn’t mean that the circuit itself is all that bad 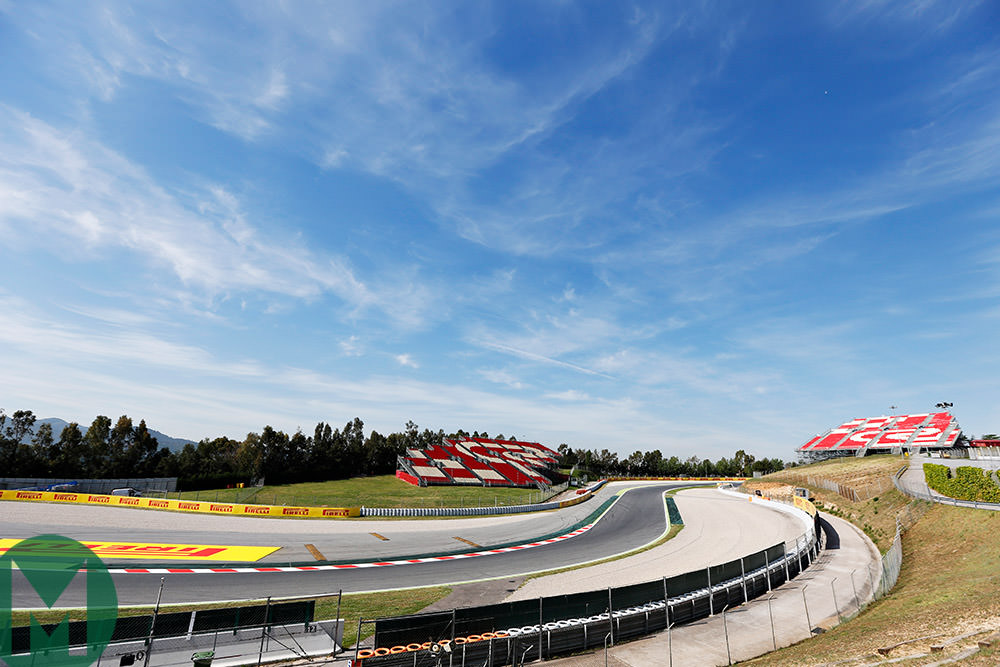 With the Formula 1 season in full-swing, we see the teams head from the fast, downforce-hungry Circuit de Barcelona-Catalunya to the glamorous anachronism that is Monaco.

In the wake of the Spanish Grand Prix there have been the usual calls for ways to address F1’s propensity for processional races, with Catalunya coming in for particular stick. Seems a bit rich, given F1’s next destination…

Despite the regular moans about its drama-sapping layout, Barcelona is one of few European circuits that never seems to be threatened with the elbow. This could be due to the fact F1 teams generally use it as an aero benchmark and for official pre-season testing. Given the fact they know the place in forensic detail and simulate it to death it’s perhaps inevitable that, barring mechanical issues or The Romain Grosjean Chaos Factor, the race result rarely strays too far from the qualifying order.

Does this make it a bad circuit? Not in my experience.

Admittedly the cars I race tend to generate lift rather than downforce and prefer to slip and slide than grip and, er, grip, but in the process they offer a different perspective on the problems F1 has in trying to reconcile the capabilities of the cars with the characteristics of the circuits.

Personally I enjoy Barcelona. Yes, it’s surprisingly down-at-heel for an F1 facility, but this shabby patina somehow seems to suit historics. A lap of Barcelona contains a few annoying sections – the hairpin at Turn 5 and the long, tight Turns 10 and 12 towards the end of the lap are what I call ‘nothing corners‘ as they pose zero challenge, nor offer a decent opportunity to overtake – but the downhill run onto the long straight, the big braking area at the end and the climb back up from the first chicane and round the endless and satisfyingly fast Turn 3 feel especially satisfying. As does the blind and deceptively quick cresting right-hander at Turn 9, which gets old cars right up on their tippy toes if you carry enough speed.

In Peter Auto’s Sixties‘ Endurance series I race a Lotus Elan 26R, which finds itself up against Cobras, E-Types and Mustangs. These things romp down the straight and out of the tight corners, but struggle in the braking areas and most of the corners. The Elan is great on the brakes and can hold a tight line, or scoot round the outside of most things, which makes Barcelona a lot of fun.

It’s a similar story at Silverstone. You might expect the high-speed nature of the track at odds with historics, but I’ve never not enjoyed racing an historic car at Silverstone, whether it’s a tin-top or a Lola T70. The circuit just seems to flow whatever you’re in.

Hungaroring is F1’s biggest bogey track. Until last season I’d never driven the circuit, but expected it to confound criticism and suit slower, low-grip historics. What I found was a track that had awkward combinations of corners, the radii of which seemed to make cars I know to be terrific pretty much everywhere else feel cumbersome and/or caught between gears. Even the Elan failed to find a groove.

Unusually I was also racing a Chevron B42 F2 car, and this completely transformed the Hungaroring experience. With lots of grip from fat slicks and some meaningful aero to give added stick the disjointed corners now flowed into one another, often with an upshift in between so you really feel the speed and commitment. I can see why it’s so hard for the F1 guys to overtake one another, and I’ve fallen asleep to many a Hungarian GP, but it must be quite a rush to hook-up a perfect qualifying lap. The barriers feel very close, traffic needs to be judged to perfection and with grid position crucial there’s even more pressure to deliver. Shame you can’t get that insight from the TV coverage.

Liberty is known to be looking at ways of changing circuit designs to create better overtaking opportunities. Given Ross Brawn’s knowledge of how F1 cars behave this should yield some interesting ideas. That said there have been so many variables introduced with that specific goal in mind – umpteen tyre compounds, DRS etc – there’s a danger the tracks will be further altered for the benefit of F1, but to the detriment of everything else.