The Netherlands hasn’t hosted a Formula 1 Grand Prix since 1985, but the tides may soon be turning to form a sea of orange 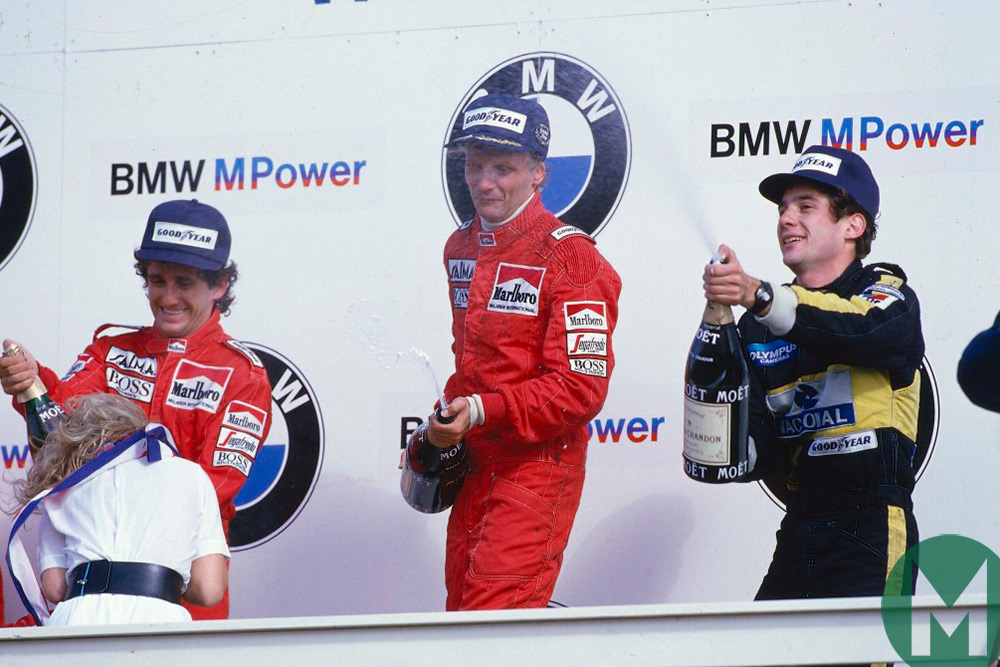 Not since Niki Lauda’s last show of defiance as a racing driver has The Netherlands hosted a Grand Prix.

The reigning world champion was in the midst of a nightmare season blighted by poor reliability and had, after 10 of 16 rounds, mustered just five points compared to the 50 of McLaren team-mate Alain Prost.

The writing was on the wall and the Austrian announced his impending retirement at his home Grand Prix, where team boss Ron Dennis crassly upstaged him at the press conference.

So when Prost, on fresher rubber, and having been 1.2sec faster in qualifying, loomed Marlboro large in his mirrors in the closing stages of the subsequent Dutch GP, Lauda stuck his elbows out, dug in and hung on.

The sands of Formula 1 time had run out for Zandvoort.

Whereas its northern cousin Assen – proposed venue for the Dutch GP’s return in 2020 – has been ever-present since the 1949 inception of the motorcycle world championships: a unique accolade.

Single-seaters have raced there – most notably the foundering Champ Cars of 2007 – but Assen is hallowed ground for bikes.

And Valentino Rossi has already expressed the wary hope that F1 won’t be allowed to sully it.

The two-wheeled brigade has swirled around Assen since 1925 – initially on an 18-mile triangle of public roads.

The relocated and shortened (10.3-mile) circuit used in 1926 survived until 1954, whereupon purpose-built sections linked into the road network to create its classic 4.8-mile layout, its fast curves gently banked.

In recent years this has been chopped and changed but, as with Spa-Francorchamps, its latest 2.8-mile iteration has kept the spirit alive.

To my eye it looks too fast (though narrow) for F1 – even A1GP was calling for the addition of a chicane before the series collapsed before its scheduled May 2010 date – but FIA Safety Delegate Charlie Whiting this January deemed it a few minor modifications short of being suitable.

There’s no doubt that it would be a popular addition.

Its Dutch TT pulls in huge crowds even though a local hasn’t won the main race since 1980 – Yamaha privateer Jack Middelburg finishing ahead of the Suzuki of Rossi’s dad Graziano.

Factor in the Max Verstappen factor and a sea of orange would be guaranteed in 2020.

But Zandvoort by the blustery, grey North Sea will remain the race’s ancestral home – for reasons triumphant and tragic.

The circuit’s birth was overseen by the man who would go on to create Nivelles, Ontario Motor Speedway, Suzuka and Zolder: John Hugenholtz. But he played no part in Zandvoort’s layout.

Rather the track that replaced a street circuit one-off from 1939 was partly based on communication roads that the Nazis had built as part of the Atlantic Wall defence system and partly on input from influential British journo/racer Sammy Davis.

Alberto Ascari won the GPs of 1952 and 1953 for Ferrari and Juan Manuel Fangio won in 1955 while showing the ropes to attentive Mercedes-Benz team-mate Stirling Moss.

But it wasn’t until the latter won in 1958 in a Vanwall that the Dutch GP became a staple.

Bearded Swedish polymath Jo Bonnier ended BRM’s agonising and tortuous wait for a GP win – and from pole position, too – in 1959. Easy-peasy!

Not one car pitted never mind retired from the 1961 race.

Colin Chapman shocked rivals in 1962 with the unveiling of the bathtub monocoque Lotus 25 – although it could neither prevent John Surtees giving Lola pole position for its world championship debut nor prevent BRM’s Graham Hill from scoring his maiden GP win.

Jim Clark put that right by winning four of the next five Dutch GPs including a victory on debut for the Lotus 49 and its Ford-Cosworth DFV engine – albeit by the skin of its cam-drive’s teeth – in 1967.

Between times 40-year-old Jack Brabham sported a fake beard and ham-hobbled to his car using a walking stick before winning in 1966 – albeit after a grim struggle with Clark’s underpowered 2-litre Lotus on a slick track.

It was full wets in 1968 when Jackie Stewart scored his first GP win for Ken Tyrrell and Matra and also in 1971 when Ferrari’s Jacky Ickx and BRM’s Pedro Rodríguez duked it out for the rainmaster crown: the Belgian won from pole and set fastest lap.

An early switch to slicks – a perspicacious move that perhaps informed friend Lauda’s strategy of 10 years later – helped Hesketh’s James Hunt prove in 1975 that the team born with a silver spoon in its mouth also possessed a steely core.

Hunt won for McLaren the following year – on his 29th birthday – courtesy of brilliant defending against the faster Penske of John Watson. ‘The Shunt’ could be astute as well as obtuse.

Mario Andretti led Ronnie Peterson in a 1-2 for the ground effect Lotus 79 of 1978; Ferrari’s Didier Pironi scored what appeared to be a victory that would presage a parade to the 1982 title (it didn’t), and Prost won for McLaren in 1984 – but would fall a half-point shy of team-mate Lauda in the title race.

And then there’s the tragedy: etched onto winner Jochen Rindt’s face atop the podium in 1970 – news of friend Piers Courage’s death had filtered through – and contained in the despairing gestures of David Purley as he realised that a trapped Roger Williamson, 25 and in only his second GP, was beyond even his gallant selflessness.

Zandvoort had been struck off the calendar in 1972 and undergone a safety revamp yet its marshals were still ill prepared for dealing with fire in 1973.

So innocence was lost on the day that Stewart eclipsed compatriot Clark as the winner of 26 GPs.

And Verstappen will become 21 next month – and be verging on veteran status by 2020.

Those sands of time appear to be shifting: into a higher gear.