With the news that both Caterham and Marussia will not make it to the US Grand Prix this weekend, what was always inevitable is now unfolding. The greedy commercial model upon which F1 is run is not sustainable and never has been; the self-interest of the big teams in refusing to ameliorate the worst implications of that on the rest of the grid has just hastened things along. Greed has ensured that the sport is now beginning to eat itself. 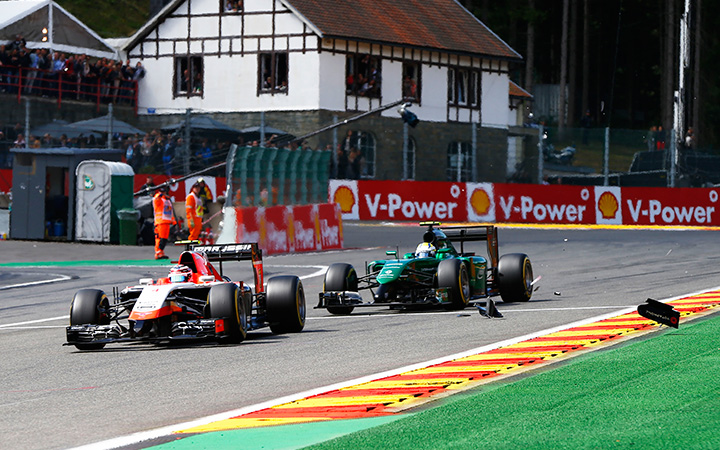 Formula 1 generates an income of around $1.5 billion each year, but a big chunk of that leaves the sport because it is owned by outside entities with no interest in it other than as a revenue generator. Yes, the big teams are guilty of having been irresponsible in inflating their size four and five-fold in the big money years of the late ‘90s/early 2000s – something that was never going to be sustainable. 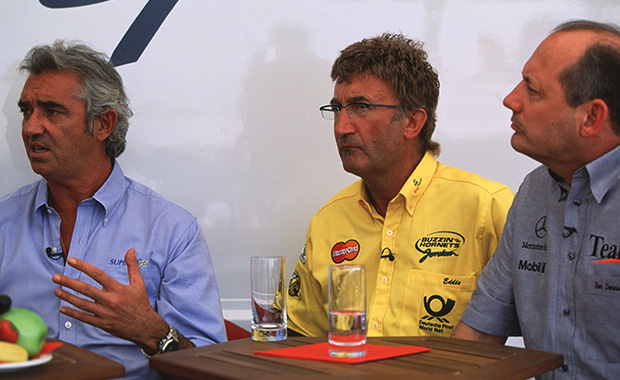 But they are competitive entities and could not have been expected to stand by and not take advantage of the car manufacturing money that was then spilling into the sport while watching others leap ahead. They needed and continue to need cost caps imposed upon them to protect them from their own competitive greed.

Yet even without that and even with the past’s irresponsibly vast expansion in the sizes of teams, this could still be a self-financing sport. It absolutely generates enough money to make that possible, but only if the teams themselves owned it and distributed the proceeds equitably. But F1 was sold out many years ago. The commercial rights used to be held collectively by the teams, which were represented by Bernie Ecclestone. But one day, when the lease expired, Bernie re-applied for them himself – and not as a representative of the teams. Again, the teams could be criticised here for they should not have made the assumption that Bernie would continue to act in their interests. Why should he, just because he had done in the past?

Bernie and his former team boss cohort Max Mosley had tried by force to take the commercial rights for the teams from the FIA in the 1980s and failed. But in the early 2000s they succeeded in doing it for Bernie by infiltration and stealth. When Max, as FIA President, signed over the rights to Bernie for a further 100 year term for just £360 million (about the same as for one year’s worth of NASCAR commercial rights), he effectively handed the keys of the sweet shop over to a sugarholic. 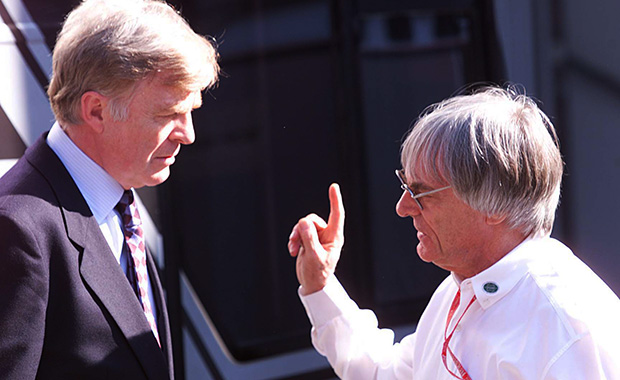 Ecclestone sold and re-sold those rights until CVC came along and paid $2.5 billion for a controlling interest in 2005. That netted Bernie an obscene profit and CVC subsequently a much bigger one. It has taken around $4 billion from the sport and raised a further $2 billion by selling chunks of its ownership – and with the sport valued so much higher now than when it bought, it stands to gain further billions.

This would all still have been sustainable had not the economy collapsed a few years ago. But that’s what economies do. That’s what it was always going to do someday, and why the teams should never have been allowed to get so big, and why the money should not have been leaving the sport to outside entities. But that would have needed an enlightened despot ruling with a rod of iron, forcing a ceiling on costs, allowing teams to take franchises in the sport, generally being a responsible guardian.

Perhaps realising the mistake of that 100-year deal (or maybe not), Max proposed that for 2010 teams that could operate on a budget cap of £40 million (at a time when the top teams were nudging £200 million) could enter under favourable technical terms. Neither the budget cap nor the technical favours ever transpired but three new teams (which later came to be known as Marussia, Caterham and HRT) were attracted to F1 under the initiative. 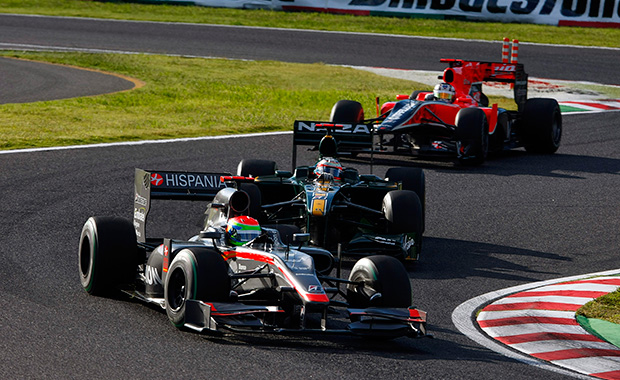 HRT went at the end of 2012 and now it looks like the end has come for the remaining two. But it’s unlikely to stop there as the goose that keeps laying these golden eggs for the sport’s owners is being slowly strangled. The big teams are too big to bring their spending down to a level appropriate for the money that’s left after the owners have had their share. But they have used their power over the smaller teams to insist they be paid more.

Effectively the cake is too small in the first place and then they have taken too much of what is left – because they can. They have got the small teams to subsidise their unrealistic spending. And now the small teams are beginning to go out of business.

Don’t let anyone ever say this couldn’t have been foreseen. It’s been coming ever since that 100 year deal was announced 15 years ago.