F1 seems to have one manic race per season and in 2021, the Hungarian Grand Prix delivered and then some.

Esteban Ocon’s maiden Formula 1 victory came in bizarre circumstances after just one car took the restart from the grid and the rest filtered into the pits for slicks.

We had an incredible duel between old rivals Lewis Hamilton and Fernando Alonso and the pre-race world championship leader struggle to dispatch a Haas.

With all the action going on in every direction you looked, missing one or two things is forgiveable.

Race-costing driver decisions, difficult strategy calls and an impromptu reverse grid trial, here are some things you might have missed from an epic Hungarian Grand Prix.

Mercedes was in a lose-lose situation

After the chaos of the opening lap on the initial race start, the drama did not stop as the entire field took to the pit lane for slick tyres apart from Lewis Hamilton.

The Mercedes driver was the only one to take the restart from the grid and was on the wrong tyres. After he passed pit entry, it became an easy choice for those behind to box for slicks and ultimately gain track position after Hamilton pitted to swap over to dries.

Mercedes though was in a lose-lose situation no matter what it decided. Had the team opted to pit instead, with garage number one in the pit lane and a tightly-bunched field, Hamilton would not have been able to be released from his box until a clear gap emerged.

The team could have risked it releasing him before the end of the train but there was almost zero chance that the pole man would have emerged with the lead of the race had he also pitted at the end of the formation lap.

Team principal Toto Wolff stuck by the team’s decision post-race, saying that they had done the right thing keeping their driver on intermediates prior to the second lights-out.

Poor results are taking their toll on Ricciardo

Max Verstappen managed to wrestle his wounded Red Bull by Daniel Ricciardo a handful of laps towards the end before Kimi Räikkönen then cleared him to cap off a difficult afternoon for the Australian.

He was one of the victims of the lap one shunts as Lance Stroll took out Charles Leclerc and the McLaren driver. From that point on, his race was heavily compromised and with the Hungaroring being one of the more difficult tracks to overtake on, Ricciardo ended up outside of the points in 11th.

So it’s no wonder that he was so dejected in parc fermé after the race. Before getting out of his car, he took a moment to himself, banging his head against the halo, probably wondering what more could possibly go wrong for him.

While team-mate Lando Norris has been one of the star performers of the season, Ricciardo can’t seem to get anything right since moving across from Renault to McLaren. 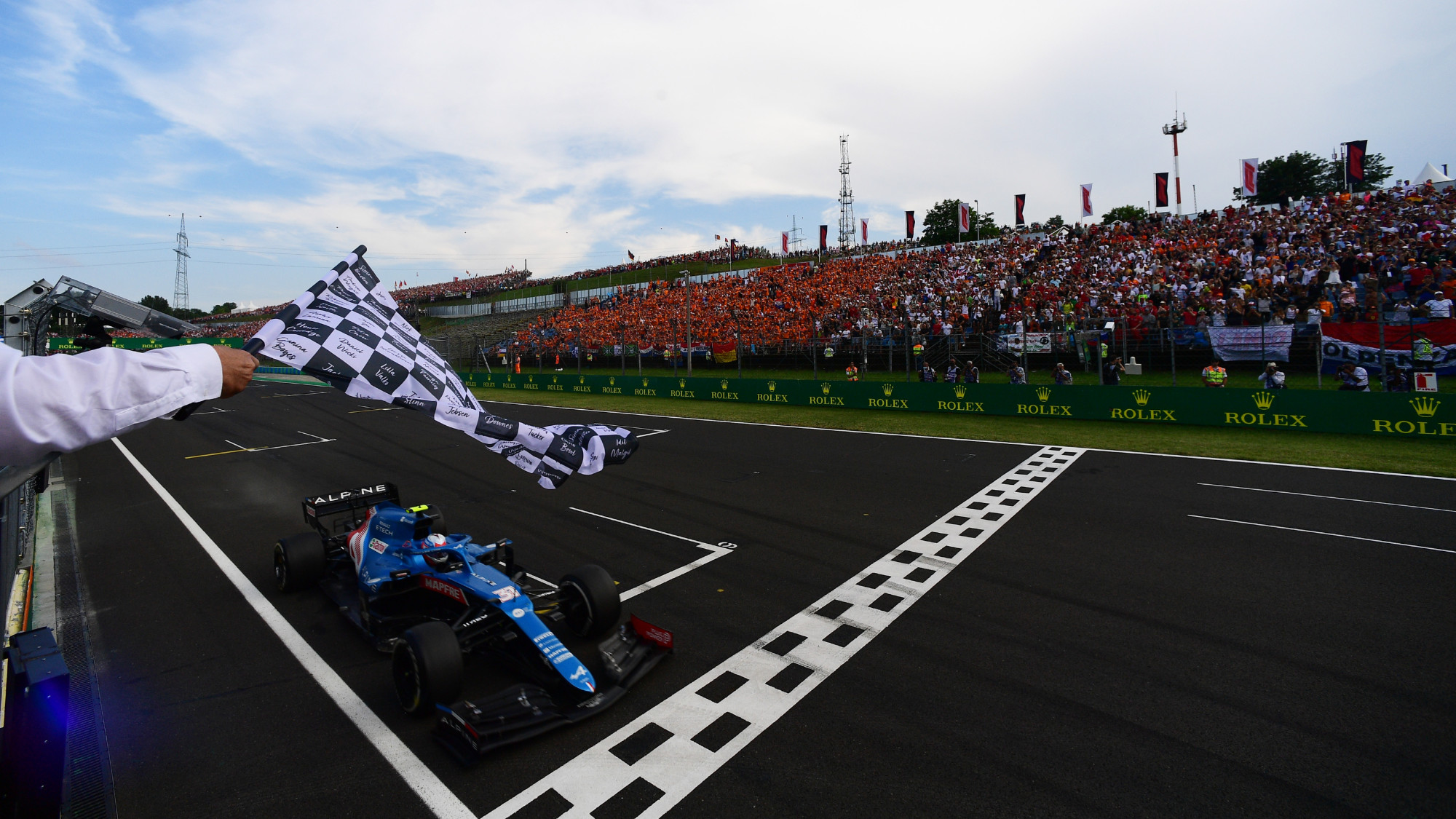 A lot was said after the first sprint qualifying, both positive and negative, as F1 sought to change up its formula for a grand prix weekend with an additional race on Saturday.

Fast forward two weeks and at the Hungaroring, we had an unofficial mini reverse grid race play out. Teams vetoed the introduction of reverse grid races and eventually, the sprint format was agreed upon but compared to the action on Sunday in Hungary, Silverstone’s version was inferior in almost every aspect.

More evenly-matched cars fighting for podium positions and victory was a welcome change to watching one car/team sprint well clear. The pace Hamilton showed in his charge would have had him lapping half the field if he hadn’t lost the lead in the chaos.

Instead, we got to witness a great fightback through the field with championship implications at stake on every single move. Then there was the epic on-track reunion between Hamilton and old foe Fernando Alonso, as the two-time champion showed he still had plenty of talent at his disposal.

The Spaniard ultimately won his team the race, but if F1 is looking for more excitement for the future, reverse grid races have merit.

Sainz may have cost Ferrari a win 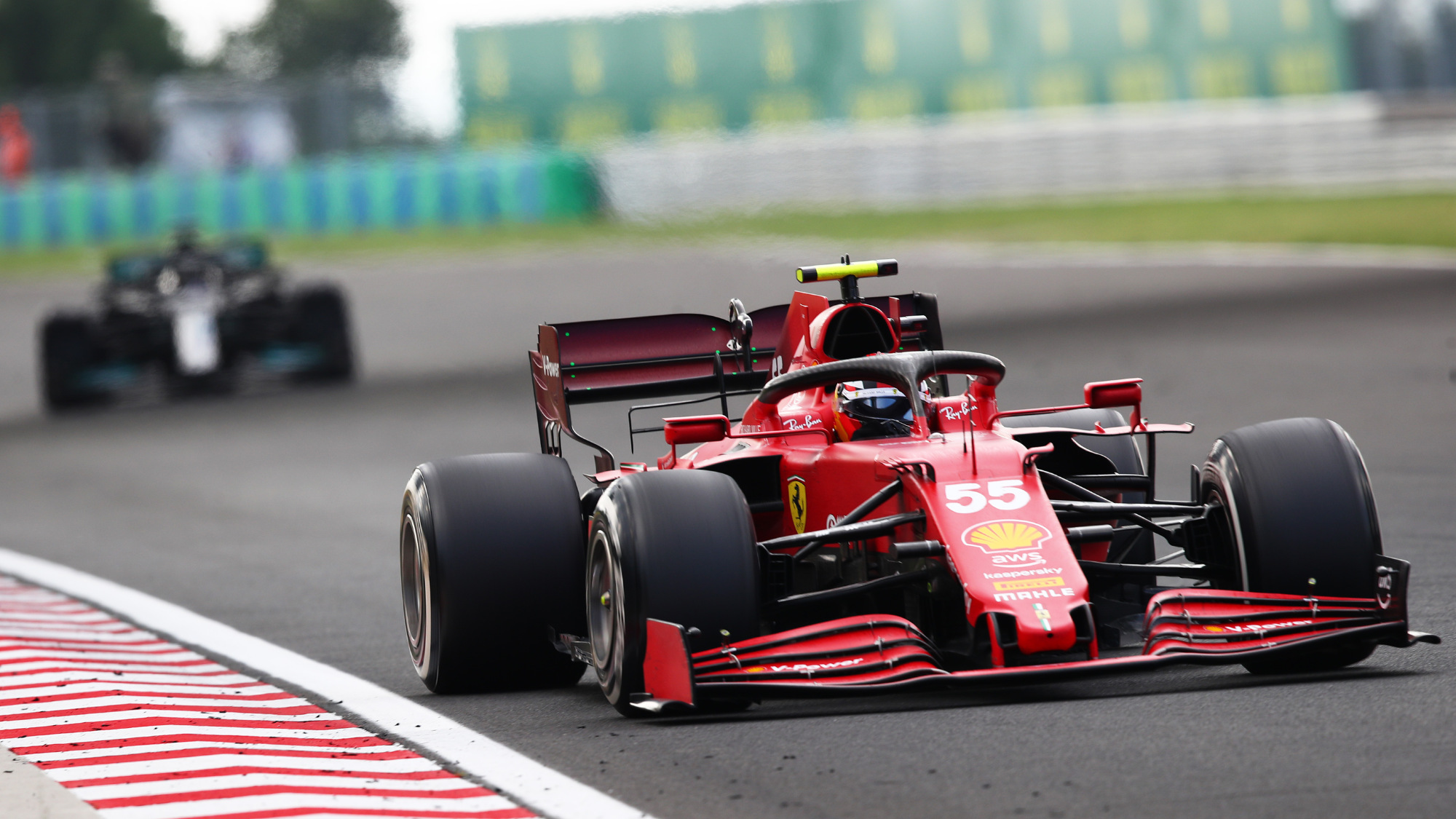 While the Ferrari pit wall often gets criticism for its high profile mistakes, it was on the money around the Hungaroring with its sole remaining car, but the driver might have cost the team instead.

After Hamilton pulled off a powerful undercut on Verstappen and Ricciardo, Ferrari looked set to mirror that Mercedes strategy of a two-stop and bring the Spaniard in on lap 22.

Sainz overruled the team from within the car, claiming that he had a lot of pace still left on his medium tyres. He then rapidly closed in on the cars ahead and it seemed like he was being proven correct to stay out.

Towards the end though, and after acknowledging Hamilton was a threat on the two-stop, he was being caught hand over fist on old tyres and ultimately lost second position to Hamilton, following Sebastian Vettel’s post-race disqualification.

Had Ferrari brought its driver in and performed a two-stop, Sainz may well have had a crack at fighting Esteban Ocon for victory, such was his pace versus the duelling duo at the front in the final laps.