The story of the 1937 Donington Grand Prix in the next exclusive extract of ‘Donington Park: The Pioneers’ – John Bailie’s unrivalled look at the British circuit 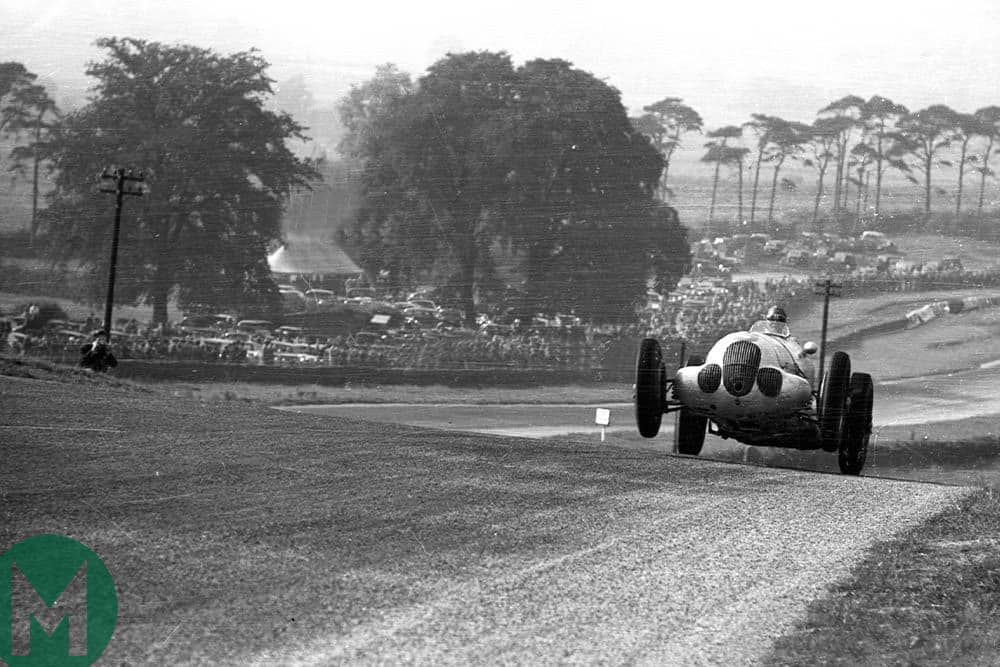 The 1937 Donington Grand Prix was the meeting where the full circuit came into its own.

If there is one image that illustrates the unique spirit of pre-war Donington it is surely that of the legendary Auto Union and Mercedes-Benz cars becoming airborne over the iconic Melbourne Brow.

This was the realisation of Fred Craner’s dream to bring the top German teams to Donington. He had almost achieved this feat two years earlier but now his persistence had reaped rewards.

British motor sport had never seen, or heard, anything like it before.