The first in a new series – Karun Chandhok looks back on the opening round of the 2017 Formula 1 season.

What effect has Liberty had on Formula 1 and the paddock? Is Ferrari really back on top? Did Mercedes have a choice to bring Lewis Hamilton in? And what of Kimi Räikkönen, Valtteri Bottas and the rest of the field?

Coming to Albert Park in Melbourne is really one of the favourites for pretty much all of the paddock. It has a great feel, a great atmosphere, we’re all very close to the beach and you can walk into work, which adds a real bounce into your step when you rock up here. Added to that is the intrigue of the new season. What we’ve seen in pre-season testing, is that going to translate to what we see when it comes to the money-end of the weekend in qualifying and the race?

This year the whole paddock has a different atmosphere because this is the first weekend of the post-Bernie Ecclestone era. Sean Bratches, Chase Carey, Ross Brawn of Liberty Media, the new owners, were all here over the weekend. There was a totally different feel and a different tone for all the people involved in the sport, with the teams, the marketing and sponsors.

The effect of that we’ll really get to see down the line. Right now, they seem to be in a ‘let’s watch and observe’ phase. A lot of things are happening differently – the social [media] is one side that we’ve already seen – but really the true effects will only come in 2020, when the new agreements come into place. But certainly there’s much more openness in terms of the people being able to bring in more guests to the paddock and onto the grid. All that kind of stuff is quite different to how it was before. So, there are a lot of changes, but the true crux of it we’ll only see down the line.

The Grand Prix itself – is this the big return of Ferrari? There are lots of people out there who have been talking about it being a boring race and that there wasn’t being enough overtaking, but I think that’s wrong. I really enjoyed the Grand Prix, I thought there was a story to it in the way we used to have. 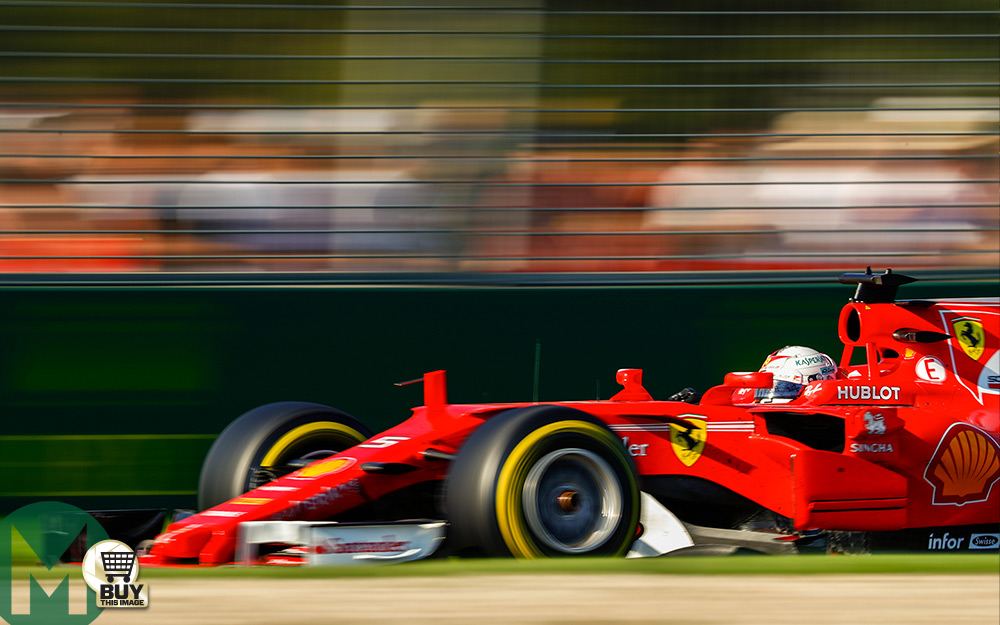 People often look at the past with rose-tinted glasses and forget the great days of the late ’90s or the early 2000s when we had great racing. You’d only have one or two changes of position up at the front, but they were fundamental key changes, and that’s what we saw. Think of the days of Schumacher and Häkkinen at Suzuka for example, Schumacher and Alonso at Imola or, go even further back, Mansell and Senna at Monaco in ’92. I think the anticipation of something about to happen is just as intriguing and interesting in a Grand Prix as what’s actually happening itself.

I thought it was a great race, it’s great for F1 to see Ferrari back. We saw signs of it in pre-season testing – I spent a bit of time trackside and we talked about it in our podcast as well. In pre-season testing, the Ferrari looked really strong in long runs but there were some questions about the ultimate one-lap pace, because we knew last year the Mercedes could turn the engines up.

When you came through the weekend, that seemed a theme: over one lap in qualifying, the Ferrari was a couple of tenths shy, but come the race when they ran a consistent race engine mode, the Ferrari seems to be working really well and it seemed less harsh on its tyres. Seb was behind Lewis in the dirty air and yet was able to run around at a pace when he could potential go faster. Ultimately, Lewis and Mercedes chose to pit. The gap to Sebastian was 1.9 seconds and then over a two-lap phase it came to 1.5sec and 0.9sec, so he started closing in. Mercedes believed at that stage that they were under threat of an undercut by Sebastian, meaning he would go and pit earlier, change to a fresh set of tyres earlier than Lewis and come out of the pits ahead.

Toto Wolff said to me the exact words of ‘we’re between a rock and a hard place’. Do we bring Lewis in and avoid being undercut by Sebastian? Or do we leave him out there when he’s complaining about struggling with his tyres? In the end I think they should have left him out there for another three laps, because then he would have cleared Max Verstappen, and at that stage if Seb had come into pit and tried to do the undercut, he would have become stuck behind Max, which is what ultimately cost Lewis and Mercedes the Grand Prix.

It was nice to see, because we talked a lot last year about how Ferrari had a lot of moments where strategically they made a lot of calls which proved to be incorrect at the end of the race, but this time they got it absolutely bang on. I think it’s great for F1. We have a real world championship battle on our hands, with one team faster in qualifying potentially and another team faster in the races. We’re going to see some fantastic racing all through the season. A lot of it is going to depend on updates, though. Can Ferrari keep pushing on with the upgrades and updates to match what Mercedes can do? This year, the learning curve is exponential and the amount of development is just going to skyrocket. 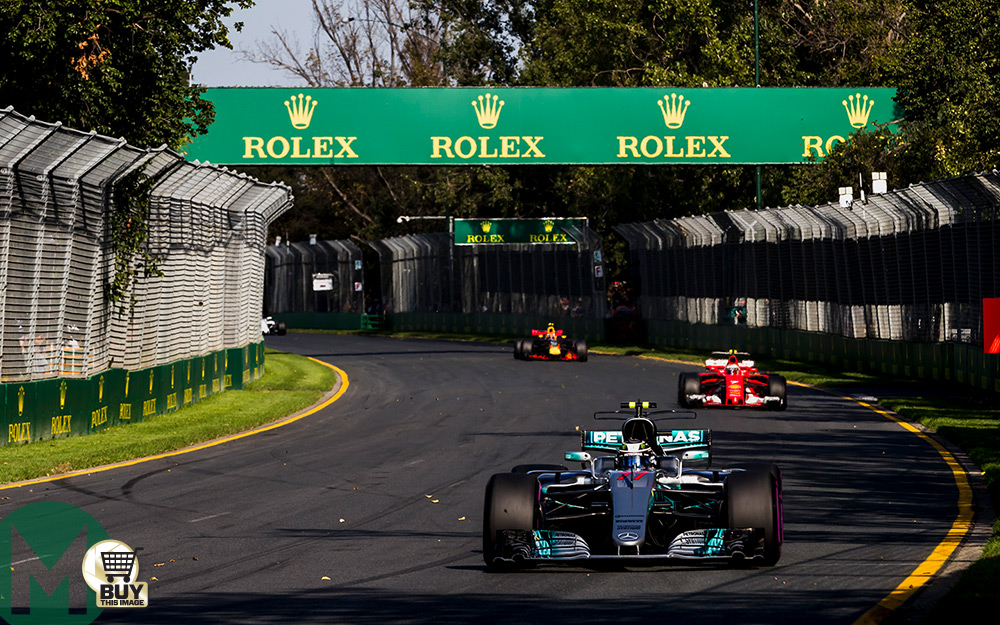 Kimi and Bottas – they just didn’t look like they had the pace of their two team-mates. They were running slightly different strategies. Valtteri said he was struggling with the ultra-softs early on and thought he was going to overheat the tyres too much, so he couldn’t really lean on them as much. Kimi struggled with understeer and again he was running a slightly different strategy so it didn’t work for him. But they both did the two fastest laps of the race towards the end of the Grand Prix with two laps to go, so they both have the potential and I think they’ll both be up there when they hook it together.

Red Bull, what a terrible weekend for them. Max showed a bit of speed in the race, but they were over a second away in qualifying and they’ve got a lot of work to do and they know it. Adrian Newey and Rob Marshall were here, the two technical architects along, with Paul Monaghan, who looks after the engineering side, and they’ve got to get their thinking caps on to get it together.

Renault still has to push on. They talked about going to an older spec MGUK with the ERS unit, so they still have to solve their reliability issues before they get their ultimate peak power. Red Bull has got arguably the most exciting driver line-up on the grid, so we want to see Max and Daniel right up at the front.

Williams thought it was going to be best of the rest, but then Haas did an amazing job and Romain Grosjean’s lap in qualifying was absolutely brilliant. Kevin Magnussen really struggled this weekend, we’ll have to see if he can get it together, but Grosjean was a stand-out performance in qualifying. Come the race though, reliability issues obviously took over and that cost them a lot of points. In qualifying they were up there, but last year they were up and down so we’ll have to see if they can iron out their inconsistencies this year.

Otherwise, Williams seems ahead of the bunch, followed by Toro Rosso, Force India. Renault is sort of nipping at their heels as well.

Finally, my last point is to say that Antonio Giovinazzi, he did a fantastic job this weekend. I was a bit surprised with Wehrlein’s statement saying he didn’t think he had enough time to train. I spoke to ‘Checo’ Perez and a bunch of other guys and they didn’t think it was a super-physical race because the pace was still not as quick as qualifying, still four or five seconds a lap off in race-pace, so none of the drivers were completely spent. I think Wehrlein might come to regret that, because Giovinazzi got in, qualified under two-tenths away from Ericsson and drove really well on Saturday and Sunday, so that might be a problem for Wehrlein come the long term.

That’s the end for me, the summary of the Australian Grand Prix from my side, I’ll be back in China in a couple of weeks time. See you later.