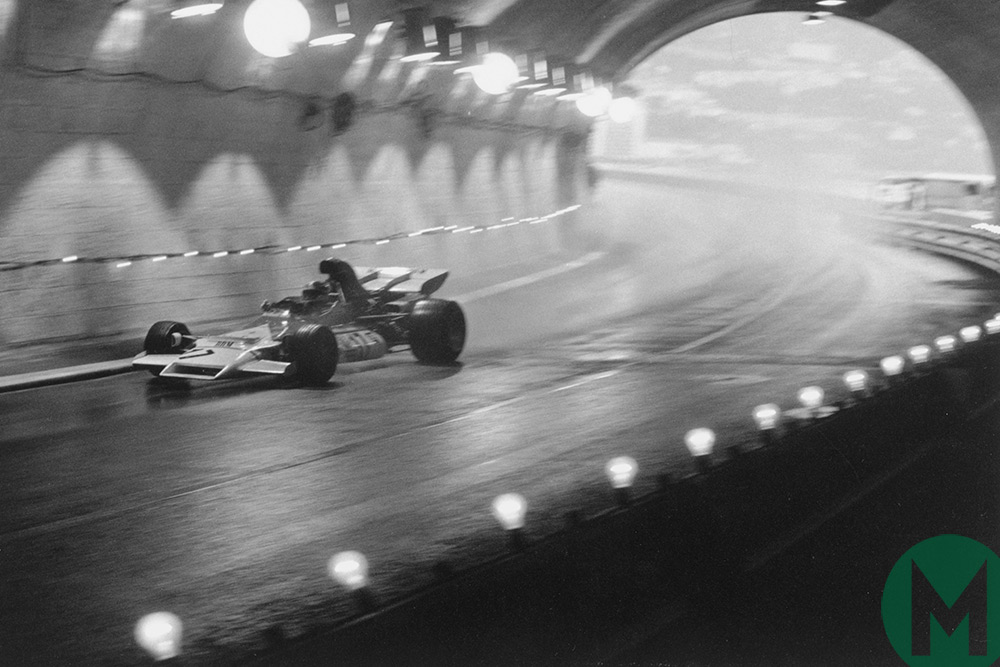 Robert Kubica has just turned 33. That’s hardly a sexy number in this era of teenaged whizz-kids.

The Pole was 26 and approaching the height of his powers when in February 2011 a section of Armco pierced his rally car and sliced his right forearm.

As it did back then, his Formula 1 career hangs in the balance today.

Will the numbers, accumulated during last week’s Abu Dhabi F1 test, crunch to dust his dream of a return, or will they persuade Williams to take a carefully calculated punt?

Heart very rarely rules head – and very, very rarely overrules money – in this unsentimental business-cum-sport. So the fear is, the more protracted the studious silence becomes, the less likely it is that we will see Kubica in F1 in 2018.

Things were different in 1972, as evinced by BRM’s pompous boss ‘Sir’ Louis Stanley.

But although ‘Lord Trumpington’ existed in a somewhat fantastical world of his own design and clearly needed his bumps feeling, his heart was big and in the right place.

Having convinced Marlboro to enter the F1 fray with his madcap team – two years later the tobacco giant took a sensible pill and aligned with eminently sensible McLaren – Stanley was in need of a number one to replace the dearly departed Jo Siffert.

Not only was his choice dictated by the driver market’s denuded stock by that late stage but also it was swayed by an unlikely alliance born of tragedy.

Jean-Pierre Beltoise was 34 and his career was hanging in the balance after the controversial role that he had played in Ignazio Giunti’s fatal accident at the 1971 Buenos Aires 1000km sportscar race. 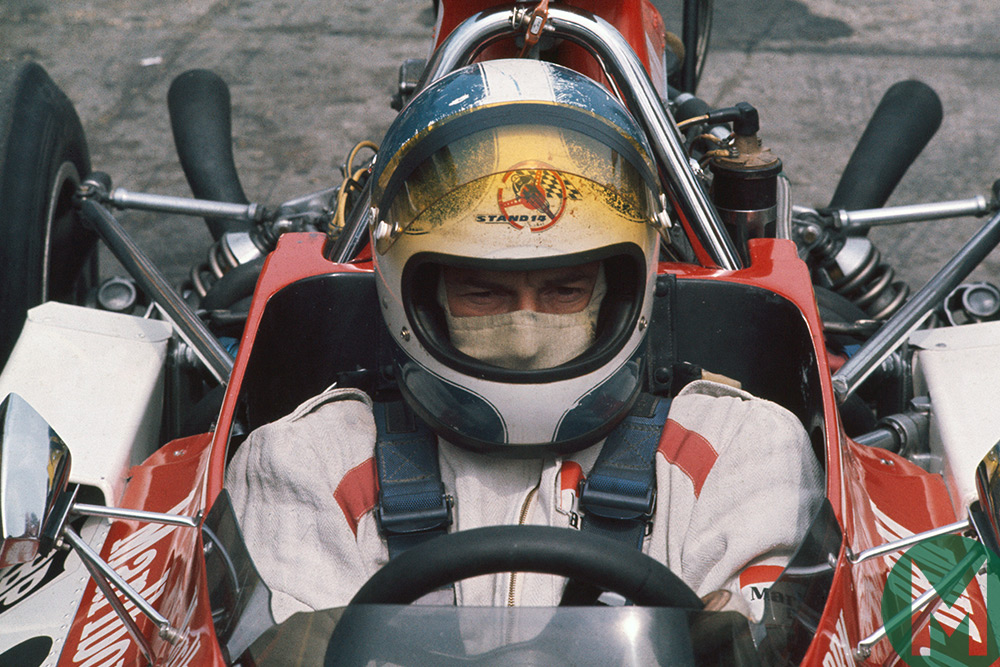 As former racing motorcyclists tend to be – witness compatriot Jean Behra’s many injuries – Beltoise, who won 11 national titles from 1961-’64 astride Aermacchi, Bultaco, Matchless and Morini machines, was a tough nut.

Since the fiery crash during the 1964 Reims 12 Hours left him comatose, he had been coping with a left arm locked at the elbow and having to swivel it from the shoulder.

Moments after finishing second to Emerson Fittipaldi’s Lotus in the 1972 International Trophy at Silverstone, he told team manager Tim Parnell: “If I’d had two good arms today I would have won that.”

Three weeks later he scored his only GP victory – and BRM’s last: a bravura performance in the Monaco rain.

The conditions and some last-minute adjustments that made his P160B and its V12 more driveable reduced the strain on his arm – and hinted at what might have been.

Chief mechanic Alan Challis, who oversaw the removal of the rear rollbar and retardation of the fuel timing (by an adjustment of the injection pump’s drive belt), reckons Beltoise might have been a world champion but for his handicap.

Certainly, he was very impressive in the wet. 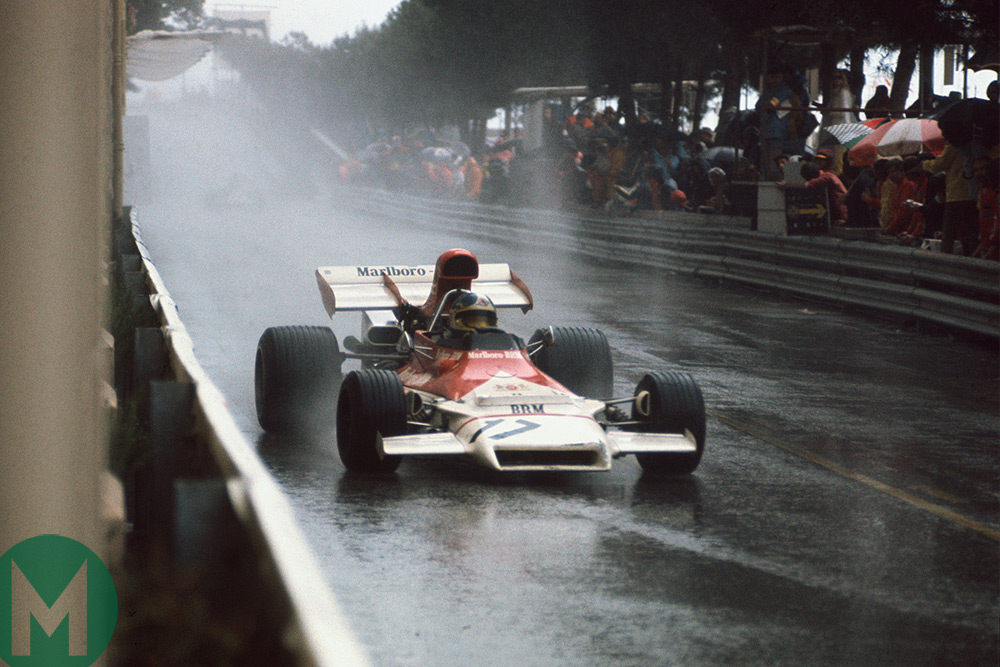 Beltoise beat none other than Jacky Ickx that torrential Mediterranean day and would also win the end-of-season Victory Race on slicks on a damp-but-drying Brands Hatch.

He had also scored his first F1 podium – second for Matra in the 1968 Dutch GP – at a storm-hit Zandvoort.

The winner that grisly North Sea day – in a Matra powered by a Cosworth DFV rather than an in-house V12 – was Jackie Stewart, whose broken right wrist was supported by a plastic cast tightly laced.

The Scot had been told initially that the injury sustained at the end of April during practice for an F2 race at Jarama would sideline him for 20 weeks.

Within five weeks he would come within a splash-and-dash victory in the Belgian GP.

He followed his June win at Zandvoort – where he skipped a practice session to rest his swollen joint – with a second place in a wet French GP at Rouen and a painful sixth in a dry British GP over the chafing bumps of Brands.

Then in early August – still wearing the brace though he had been told that the operation scheduled for after the season would no longer be necessary – he won a foggy and soggy German GP at the twisting, turning, plunging, cresting Nürburgring.

He did so by more than four minutes. 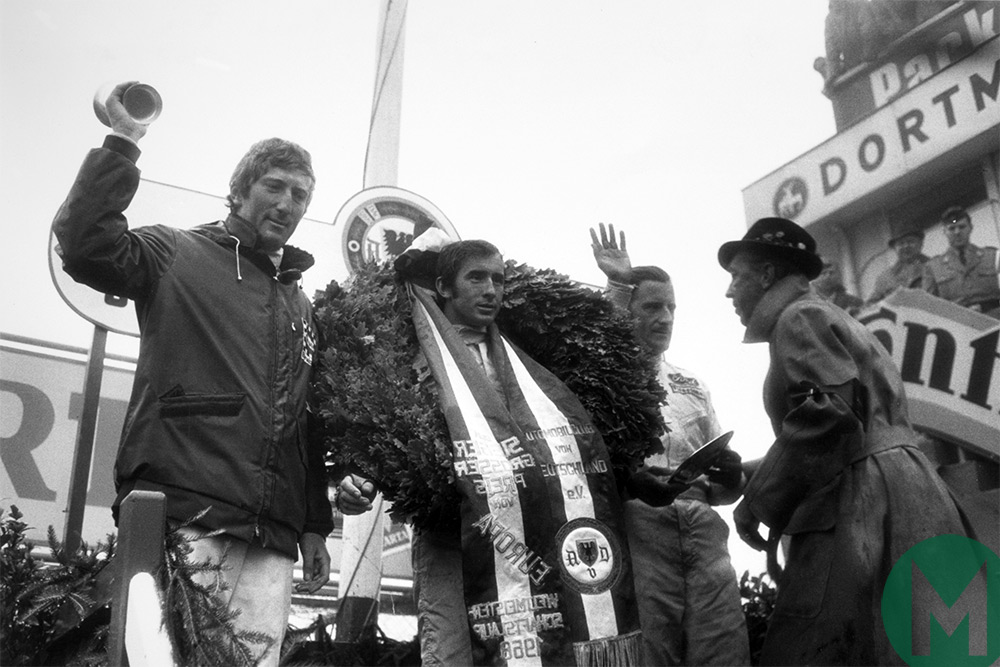 Two years earlier he had been leading the Indy 500 by almost five miles when his Lola’s Ford V8 lost oil pressure with fewer than 10 laps to go.

He was classified sixth and awarded Rookie of the Year even though a pair of rookies had finished ahead of him: one was Graham Hill, the winner, and Stewart’s Mecom Racing team-mate; and the other was Mel Kenyon, fifth in a Gerhardt-Offenhauser.

The latter had just 11 months before triggered – when his Indy roadster’s blown engine laid a slick – the fireball pile-up at Langhorne that claimed the fingers and thumb of his left hand.

With help from brother Don and father Everett – the other Ks of the 3-K Racing running out of Lebanon, Indiana – ‘Miraculous Mel’ held the steering wheel using a glove tightly laced and with a grommet stitched into its palm.

This ‘Super Copper Socket’ connected with a stud on the rim. 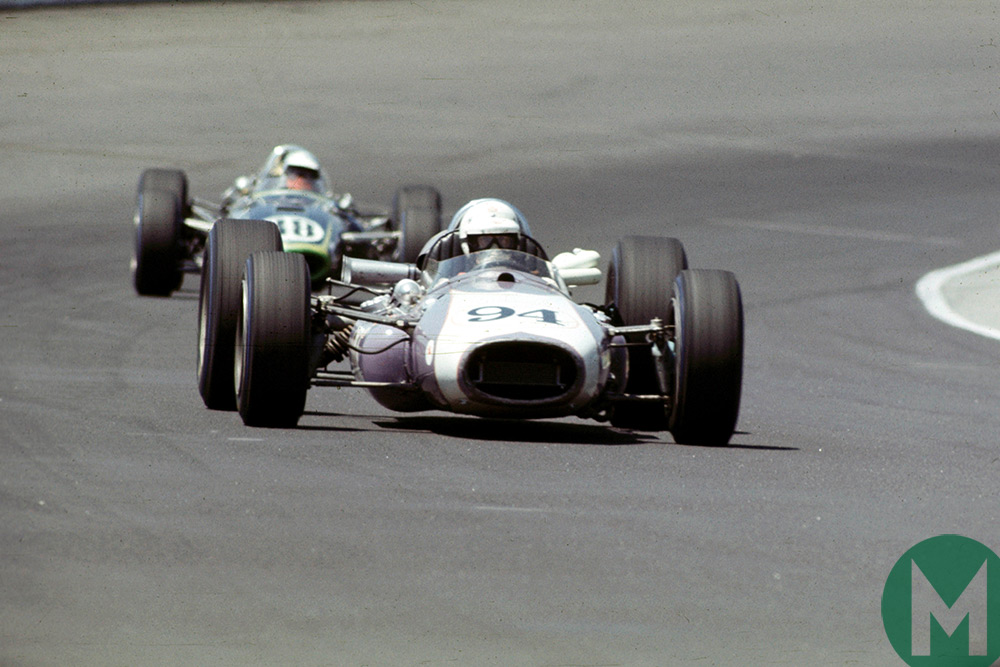 True, rain and changing gear were not the pressing issues – though the former curtailed the 1973 500 after 333 miles – that they had been at the Nürburgring ’68 or Monaco ’72 GPs.

But Kenyon’s peerless hustling of self-built, self-prepped Midget racers on rough-and-tumble ovals – he won the USAC National Championship seven times from 1964-85, scoring a record 111 victories – was proof of not only his skill and competitive spirit but also the adaptability and ingenuity hard-wired into the human spirit, whatever its condition.

That Kenyon was still winning in the 21st century – he retired in 2009, mainly because of money issues, aged 76 – also proved that if you are good enough you are old enough, whatever your age.

And that what doesn’t kill you can indeed make you stronger.