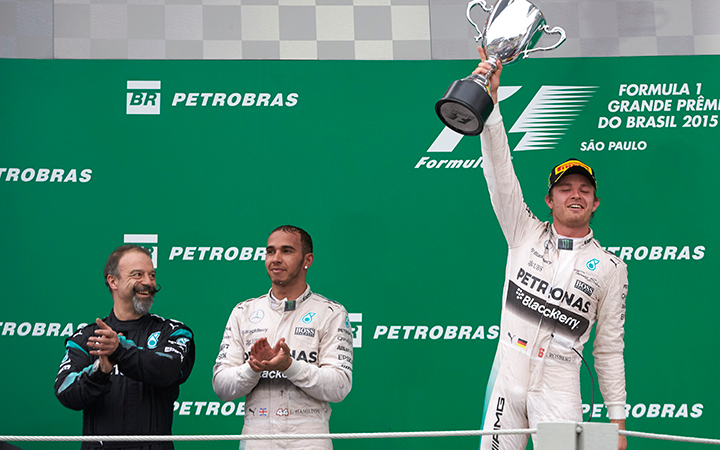 There is a telling photograph of a powfagged Fangio after his monumental 1957 German Grand Prix victory. Puffing grimy cheeks as he thumbs his crash helmet’s peak upwards, his eyes are glassy, his stare faraway. Having accessed the darkest corners of his expansive talent, he had no care to revisit them. His 24th GP win – his fourth in five starts that season – would be his last, as would the world title – his fifth – that it sealed. 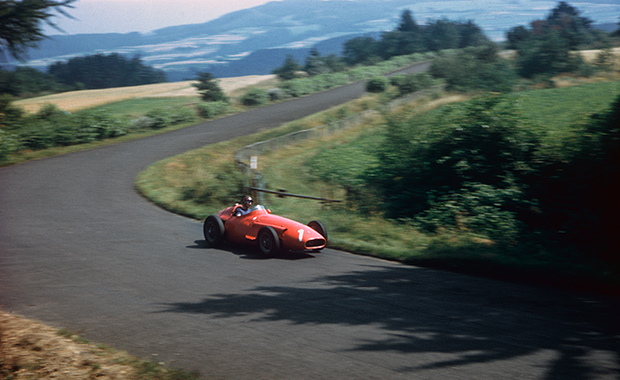 Natural successor Stirling Moss, driving the Vanwall vanguard of British dominance, won the remaining rounds in Pescara and Monza. Fangio, desperate to shine in Maserati’s backyard, was a well-beaten second on both occasions. Also outpaced in practice for that Italian GP by Moss’s team-mates Stuart Lewis-Evans (on pole) and Tony Brooks, his aura, though intact, had lost its sheen.

Clark swept all before him, including the Indianapolis 500, in 1965. His sixth consecutive GP victory – his first and only at the Nürburgring – secured his second world crown. Thereafter he was blighted by the gremlins that usually stymied Team Lotus’s second car: fuel pump failure at Monza and blown engines at Watkins Glen and Mexico City.

The following season Brabham arrived at Monza on the back of four consecutive victories and on the brink of a third world title. He was leading and pulling away when his Repco V8 ran out of oil. He won the championship nevertheless when rivals John Surtees and Stewart also retired.

Underwhelmed by the manner of his coronation, Brabham was leading at Watkins Glen when a cam follower broke. And Surtees’ Cooper beat him fair and square in Mexico City.

In contrast, Stewart won his first world championship in thrilling circumstances at Monza in 1969, pipping Jochen Rindt by eight-hundredths as the first four crossed the line less than two-tenths apart. It was the wee Scot’s sixth win in eight starts. 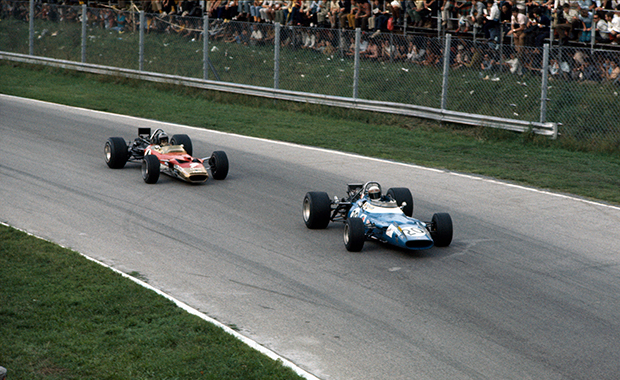 He wouldn’t win again that year despite leading all three remaining GPs. His Dunlop-shod Matra was sideswiped by Jacky Ickx’s Brabham in Canada, vented a Cosworth DFV in America and finished behind a Goodyear 1-2-3 in Mexico.

Similar occurred in 1971. Stewart, now aboard a Tyrrell, won five of the first seven rounds. He retired from the eighth, the Austrian GP at the Österreichring (where he had no answer to the runaway BRM of Jo Siffert) because of a spin caused by a broken stub-axle, but took his second title nevertheless. He blew an engine at Monza, won from pole in Canada and encountered tyre problems on his way to fifth at Watkins Glen.

He turned those tables in 1972 after a campaign disrupted by the world’s most famous stomach ulcer. Lotus’s Fittipaldi became the then-youngest world champion when he won at Monza, but thereafter suffered gearbox problems and a nose fin come adrift in Canada and a severe vibration and broken rear suspension in America. He finished a distant 11th in the former and retired from the latter as a fully recovered Stewart scored consecutive victories.

Mansell stepped up the domination game in 1992 by winning eight of the first 10 races – clocking nine pole positions – in Williams’ resolved box of tricks. A cautious second place behind Ayrton Senna in Hungary saw him become world champion after just 11 of the scheduled 16 rounds. Yet he would win only one of the remaining five: Portugal’s Estoril. 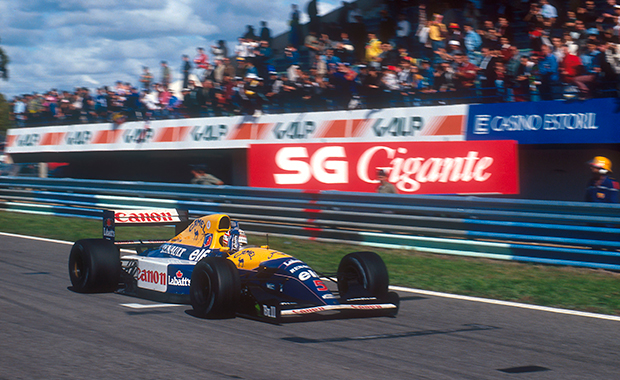 At Spa, he left a call for slicks too late and did well to finish second behind Schumacher’s Benetton despite a down-on-power engine. At Monza, he confirmed his impending departure to CART, let team-mate Riccardo Patrese through into the lead and retired because of a snapped hydraulic pump belt (as would Patrese). At Suzuka, he again waved by Patrese – this time with an unsubtle flourish – and suffered an engine failure. In Adelaide, Senna whacked him up the rear. Gleefully so, I reckon.

Mansell’s year wouldn’t be topped until Schumacher’s 2004. Having won 12 of 13, a second place behind McLaren’s Kimi Räikkönen at Spa was sufficient to earn him his seventh – and final – title.

Two weeks later he suffered a huge accident testing at Monza and lay beside the wreckage, unhurt but alone with his thoughts, while medics dashed to the scene. In the race itself he spun on the opening lap and battled through to finish second behind team-mate Rubens Barrichello.

In China, he started from the pitlane after spinning in qualifying and could do no better than 12th. He won from pole in Japan, but crashed in practice at Interlagos; slapped with a 10-place grid penalty for the resultant engine swap, he finished seventh. 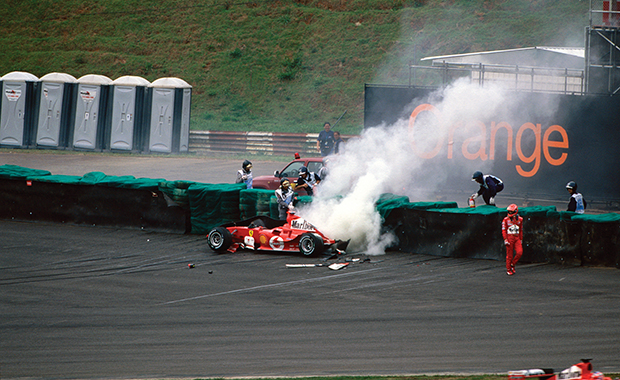 Hamilton isn’t 46 and powfagged. His Mercedes-Benz is way more reliable than any Clark or Fittipaldi Lotus ever was despite being bewilderingly more complex than Brabham’s willfully simplistic BT19. Plus it sits on control tyres. He’s extremely unlikely to leave F1 in a huff in favour of Indycars. And even Lewis 2.0 will never be as coldly clinical as Schumacher or as dominant within/above and beyond a team as a result.

But there’s a tiny piece of headspace that unites racing drivers of all eras. It contains a fickle friend: confidence. Even when apparently cast-iron, it can suddenly shatter. A psi or two of tyre pressure, a shadow of strategic doubt – or a moment’s relaxation at the summit – is all it takes.

What separates the greats from the good is the ability to glue the pieces back together – but woe betide those who leave one beneath the sofa.