The second of a two part special highlighting some of England’s Formula 1 drivers you may not have heard of…
To read part one click here.

Bruce was a private entry owner-driver in F1, competing in occasional events over the four years he raced at the top level.

He lived a nomadic experience, picking up starting and prize money and towing his own car across Europe. “I couldn’t afford to break my own Maserati 250F; I’d always kept the revs down to 7100rpm instead of 7800,” he said. “So I was never able to show what I could do.”

An invitation to the ’56 German GP ended in fiasco, he spun and damaged his exhaust, filling the cockpit with fumes. Weaving all over the track he was disqualified for a push start but ignored the signals as he was in fourth place. Finally pulling in to the pits he had to play up his illness to gain sympathy from the officials!

Retiring after a lucky escape at Le Mans in ’61 (where he crashed and was thrown across the track, being missed by Mike Parkes in the process) he returned to historic racing in the 1970s, including competing at Monaco back in his Lotus 16 some 23 years after both raced in the GP there. 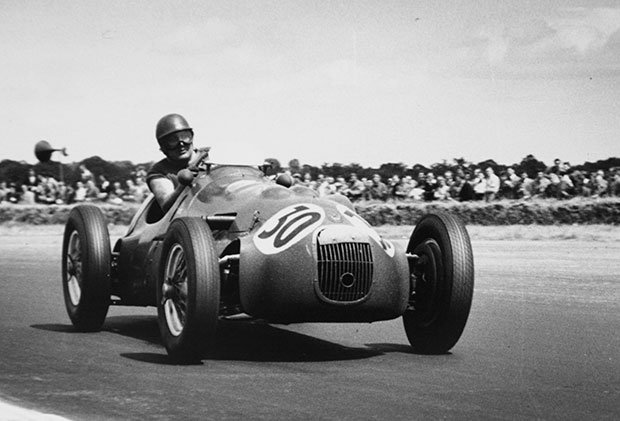 Competing in five grand prix over three years might seem disappointing, but the colourful Duncan was so much more than that. A pilot during WWII, he opened a garage when hostilities ended and began racing in local events.

His best Formula 1 result was a second place in the rain-shortned 1951 International Trophy, finishing ahead of Juan Manuel Fangio.

Duncan’s greatest racing successes came at Le Mans; winning in 1953, where he somewhat exaggeratedly claimed to have competed while drunk (this claim was later disproved). That same year he crashed his Jaguar in Portugal, colliding with an electricity pylon and cutting off the power supply to Oporto for several hours.

The death of his good friend Mike Hawthorn affected him badly, leading to his retirement from racing. He settled down to establish an historic car specialist company. 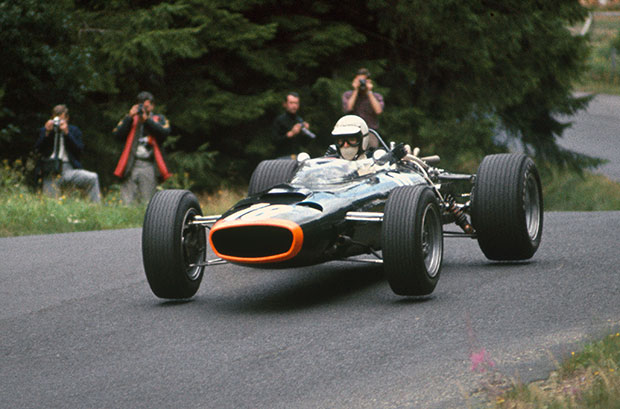 A great victory at the Nürburgring in the ’68 Eifelrennen earned him a drive at the circuit in Alan Mann’s Ford F3L, in place of Mike Spence who fatefully raced at Indianapolis.

His promising career ended there, at the age of just 25. The Ford took off in practice, causing severe head injuries and while he recovered after 10 days on life support he didn’t race again, living a nomadic life out of the spotlight.

In a rare appearance he spoke to Motor Sport’s Paul Lawrence saying: “I was entirely devoted to racing. It was my career and it was just cut off. I wasn’t prepared for it. Before the accident it was looking very good and it just came to this untimely end on the old circuit at the Nürburgring.” 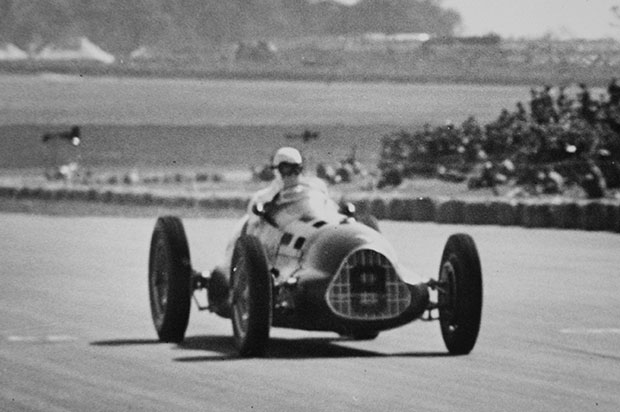 Taking over the family business as a teenager after his father’s death, he competed in a variety of motor races. But business came first, while illness as a child caused organ damage that affected his health and racing potential.

He won the ’48 Spa 24 Hours for Aston Martin as well as the ’49 Daily Express International Sports Car Race for Jaguar.

In ’52 Leslie, along side Stirling Moss, David Humphrey and John Cutts drove a Humber Super Snipe Mark IV from Olso to Lisbon – 16 countries and 3,380 miles in just 3 days 17h 59min, as a publicity stunt for Rootes.

He died at the age of 46 in 1959 due to complications from his earlier health issues and a lifetime of heavy smoking. 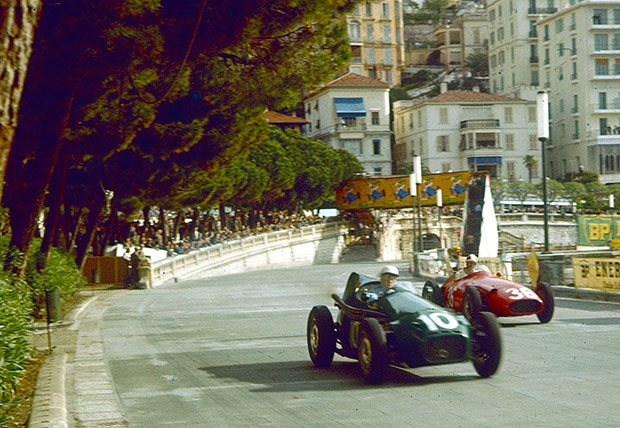 A talented young driver who achieved strong results in his early Formula 1 career, Lewis-Evans had great success in F3 through the 1950s.

Part of a strong Vanwall line up of alongside Stirling Moss and Tony Brooks, he was as quick as his team mates. He finished second at Brands Hatch in his first F1 event and won his second at Goodwood.

His star was on the rise heading to the final race of the ’58 championship in Morocco. With 11 laps to go his engine seized and pitched him off the road, catching fire. He escaped despite his serious burns but passed away not long after. He was just 28 years old.

Tony Vandervell took his death hard and eventually pulled out of racing, having blamed himself for the accident, while Lewis-Evans’ friend Bernie Ecclestone also cancelled plans to run his own team in 1959. 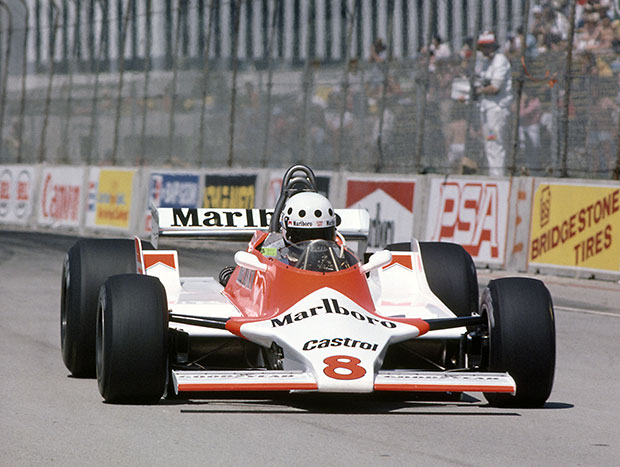 Passing up an F2 drive, he took a seat at McLaren in the 1980 US GP West, substituting for Alain Prost, but was unable to qualify the car for the race.

He signed for Newman Racing in Can-Am that season suffered leg injuries after a practice crash at Trois-Rivières. An embolism almost suffocated him in hospital and infection caused the loss of his lower leg. Racing was over but he was lucky to be alive.

He could have played ‘what if’ but moved on with his life. “I do regret not having a crack at F1 in a good car,” he said. “It’s just ironic that the worst day I had in a racing car – or rather the second-worst – is what I’m remembered for.” 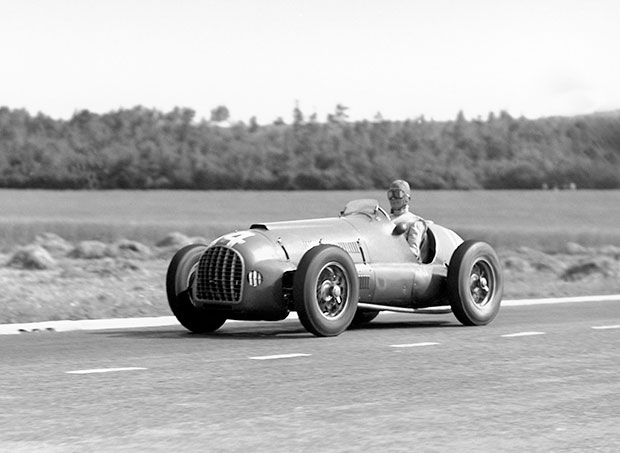 Coming from a wealthy family allowed Peter to start racing at a young age. Buying an ERA B-Type in 1934 he took it overseas on a business trip and won the ’38 Australian GP in it.

A pilot during WWII, he continued racing after hostilities ended, finishing third at the 1950 French GP.

This was to be his best result in Formula 1, though he had success in sports car racing, winning at Le Mans in 1951 as well as numerous other events both in sports car and non-championship grand prix.

Peter was competing in the 1958 Tour de France with his half-brother Graham when they crashed. Graham survived, but Peter was killed instantly.