A couple of my colleagues were looking rather doleful, I thought, as I walked into the Silverstone press room on the Thursday before the British Grand Prix. When I asked what was wrong one of them handed me a Ferrari press release announcing that Kimi Räikkönen was to continue with the team in 2017. 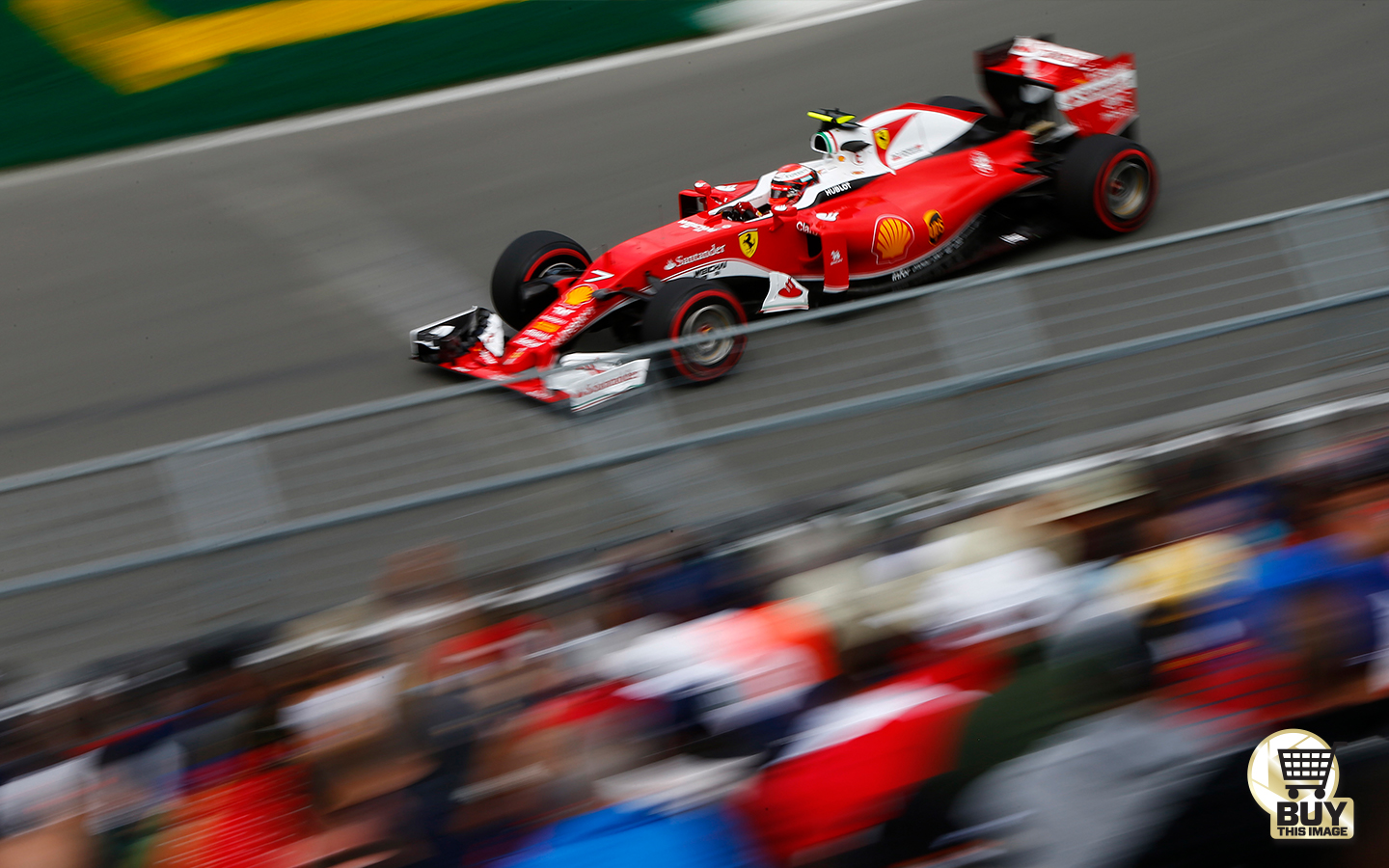 “Well,” he said, “I guess Vettel will be pleased. We know who’s running that team, don’t we?”

Prior to this there had been weeks of speculation about Räikkönen’s future with Ferrari, both Maurizio Arrivabene and – more significantly – Sergio Marchionne suggesting that the matter was in Kimi’s hands, that it all depended on results. To that point he had been having a reasonable season, invariably falling short of Vettel’s pace, if not buried as he had been by Fernando Alonso in 2014.

The perfect team-mate probably doesn’t exist, but Gerhard Berger laughingly offered a clue years ago when I asked him about it. “Simple,” he said, “a guy who’s three seconds slower than me…”

You could have counted on Gerhard’s coming forth with a facetious response, but within it was more than a scintilla of truth. Sometimes in a racing driver’s life he has a competitive car, and sometimes not, but what never changes is his need to beat his team-mate, the only other man with the same equipment.

Sometimes, of course, that simply can’t be done. When I asked Berger if life as Ayrton Senna’s McLaren team-mate for three years had been difficult, he said no. “It was OK – once you understood you couldn’t beat him, it was OK!”

Maybe Bernie Ecclestone helped him get to that point. “I sat down with Berger once,” he told me on the ‘phone one day, “and he was nearly in tears – he said, ‘I’m going to stop’. He said that if he closed his eyes, and dreamed the most incredible lap of his life he knew he’d come into the pits and they’d tell him he was a second slower than Senna. I said, ‘This is what you do. Ignore Senna – he doesn’t exist. Get on and race – in your mind it’s for first place, even though actually it’s for second. Forget him, and worry about the other people. Maybe you’ll get lucky – sometimes he won’t finish, or whatever, and then you’re in good shape. But if you start thinking about him, you’re history…’ 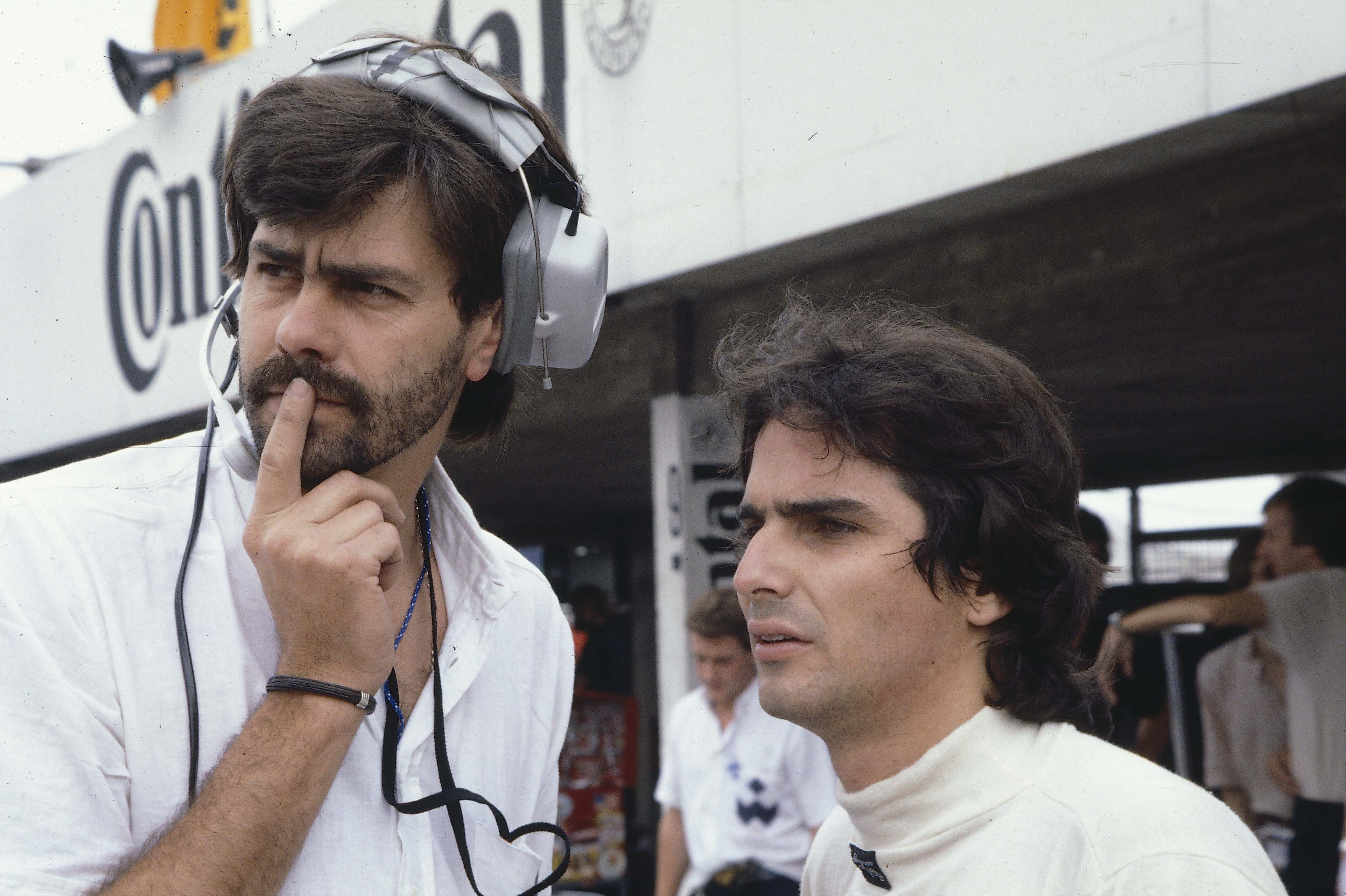 “The thing is Ron (Dennis) didn’t run McLaren, for Christ’s sake – Senna ran it, just like Lauda and Prost did before he got there. When it comes to the very top drivers, this is how the world is. In ’91, you know, I convinced Senna to drive for Ferrari, but unfortunately the people at Maranello f***** around, and let him escape. If he’d gone to Ferrari he’d have run that, too!

“I mean, Piquet ran Brabham, not me – and anyone in the team with him was in trouble. But when I talked about putting Senna in the other car, Nelson ran straight to the sponsors (Parmalat) to tell them not to do it – because he knew bloody well it would then have been him who was in trouble…”

Now, in 2016, people suggest that Vettel effectively runs Ferrari, in the sense that nothing happens there without his approval, and the same was said of Fernando Alonso during his five years with the team. For four of them his team-mate was Massa, who was rarely anywhere near him, and whenever the suggestion came up that Felipe would be out at the end of the season no one pleaded his case more assiduously than Fernando. Recently, with Stoffel Vandoorne waiting impatiently in the McLaren wings, he has made the case for Jenson Button to be retained.

As Ecclestone said, this is how the world is. Over the last few months a variety of drivers – Ricciardo, Grosjean, Bottas, Sainz, Perez – have been suggested as possibles for Ferrari in 2017, but undoubtedly Vettel made clear his wish for Räikkönen to stay. “After what happened at Red Bull in 2014,” one team principal laughed, “Seb’s not going to vote for Danny Ricc as his team-mate, is he?” 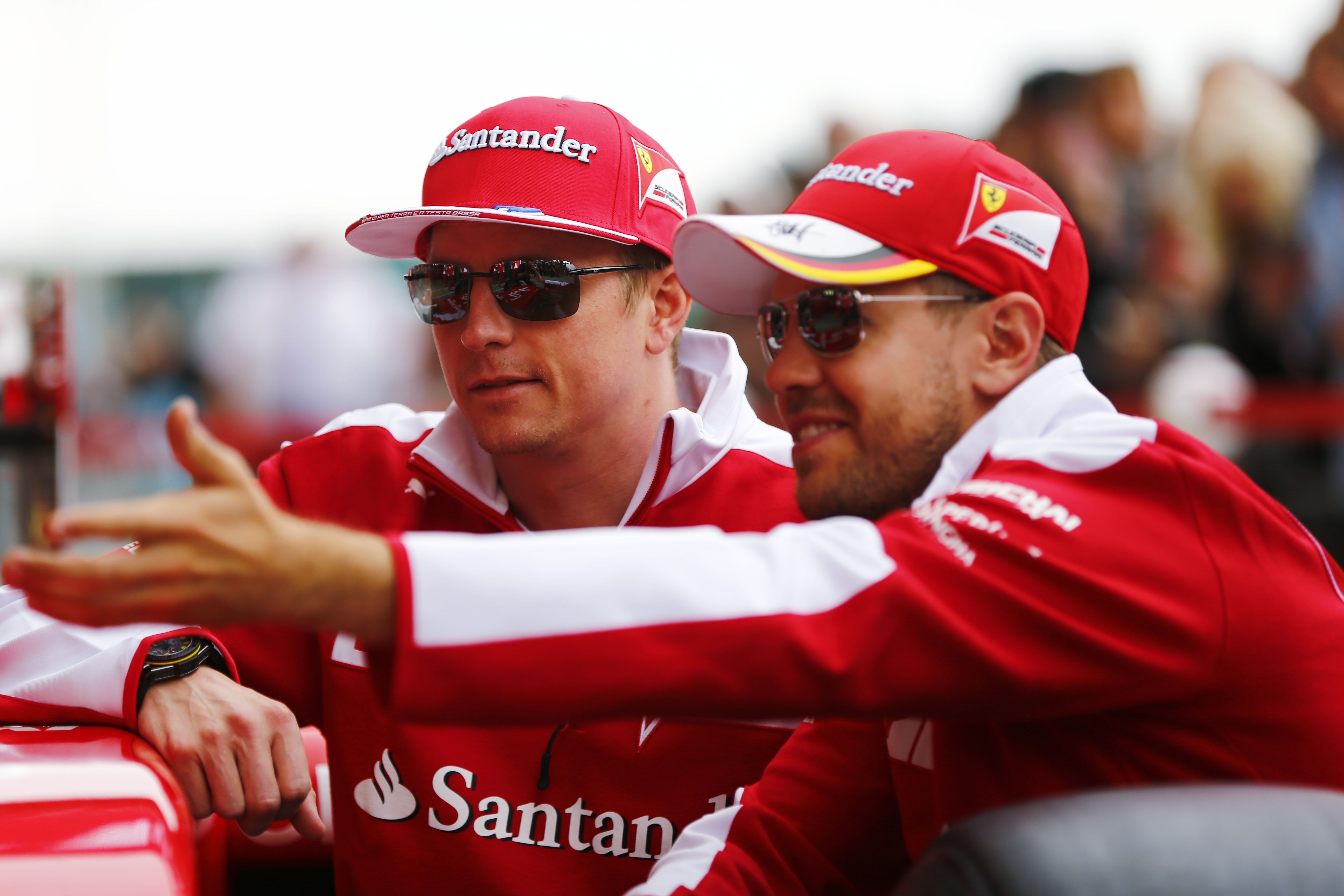 Thus Räikkönen goes into a seventh season as a Ferrari driver, and you’d have to say his life and times with the team have been up and down. True, he somewhat fortuitously took the World Championship by a point in 2007, his first year with the team, but thereafter was shaded more often than not by Massa to the point that Ferrari opted pay off his contract a year ahead of time, so as to bring in Alonso.

Kimi then took his leave of Formula 1 and went rallying for a couple of years. Few expected to see him back in a Grand Prix car, but although he enjoyed the WRC he found racing the clock less satisfying than the wheel to wheel competition he had known before. In 2012 back he came with Lotus, a team with a small budget but a quick car, and immediately he impressed, winning in Abu Dhabi, and the first race of 2013 in Melbourne.

In his McLaren years there had sometimes been flashes of true genius from Räikkönen, and when he made a success of his return to F1, with Lotus, Martin Whitmarsh for one wasn’t surprised, as I remember from a conversation at the time.

“In the right mood,” he said, “Kimi can still do a bloody good job. He’s quite a misunderstood individual, I have to say. Yes, he does like to party and drink, but he’s actually much more disciplined about training than most people realise. He’s also very intelligent – one of the sharpest drivers out there, in fact. Because he doesn’t say very much, and has a generally flippant demeanour, people wouldn’t necessarily think that. In my opinion, too, he’s one of the best drivers when it comes to understanding the car, and communicating that.

“‘Communicating’ and ‘Kimi’ in the same sentence might seem like a bit of a strange one, but I’m a big fan of his. How many mistakes does he make? Very few. He can be very, very, quick, and he’s very smart, too, so you have to say that he’s got all the ingredients – but what he doesn’t have is the dedication, and that’s deeply frustrating. I don’t think he’s ever realised his potential – and he ain’t going to get any better now. I think the edge has gone, but he’s still very, very, good…”

Thus Ferrari, who had paid Räikkönen to leave in 2009, now four years later paid to have him back, and in 2014 they must have wondered why. That year’s car, the first Ferrari of the hybrid era, was lamentable – short of power, grip and traction. It also had a front end in which Räikkönen had no confidence, and he never got to grips with it, being routinely blown away by Alonso. That said, Fernando and Ferrari had come to the end of their road, and now the team signed Vettel, with whom Räikkönen had always got along.

As soon as the 2015 season got underway, it was evident that over the winter Ferrari had taken considerable strides, with both chassis and engine, but it was Sebastian, not Kimi, who made the headlines, Sebastian who quickly appeared to have made Ferrari ‘his’ team. 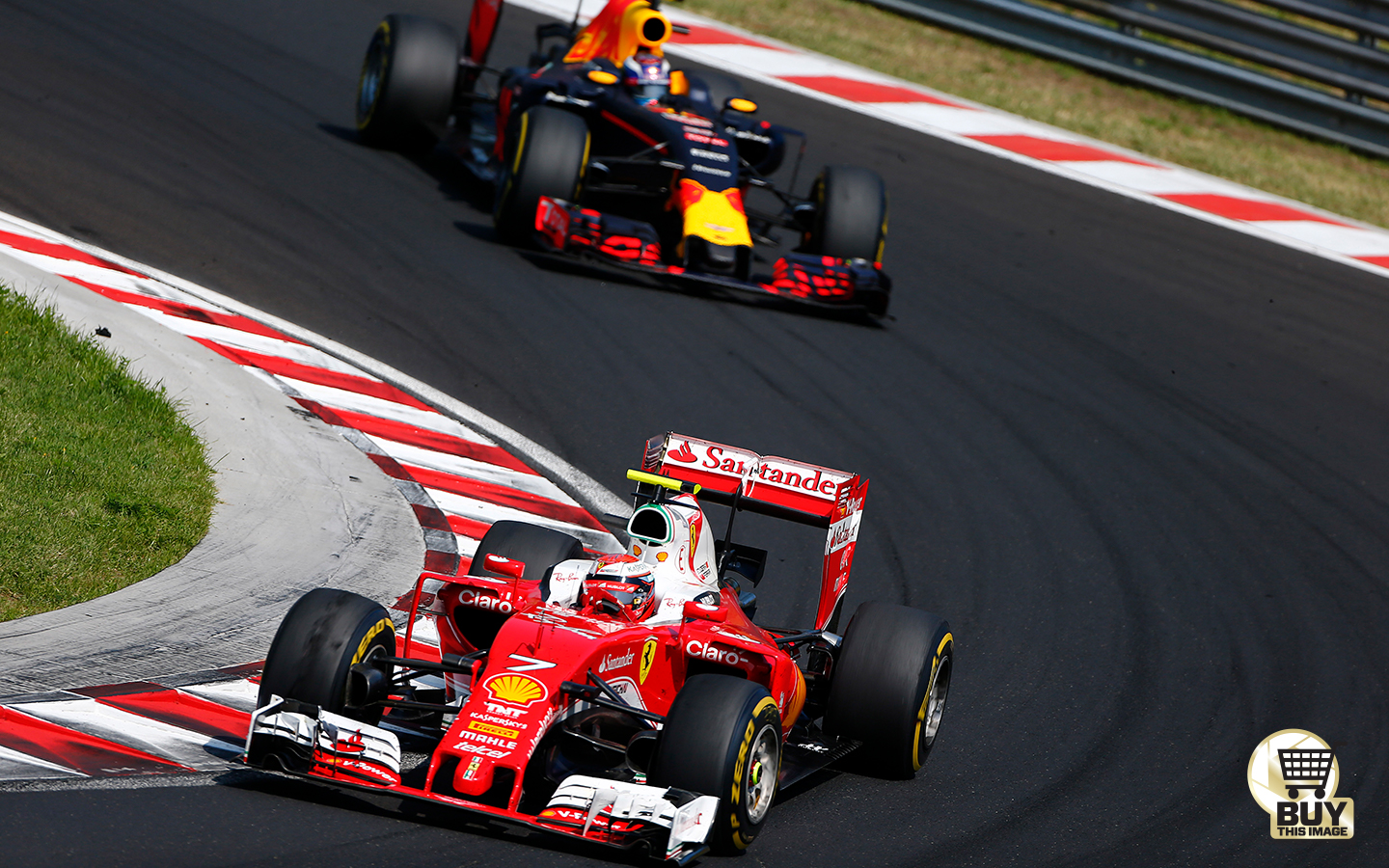 For all his talent, Räikkönen isn’t that sort of racing driver. Give him a competitive car – a car that suits him – and he’ll deliver you a lot of points, but, as Whitmarsh suggested, he doesn’t have the commitment of a Vettel or Alonso.

This, mind you, can be a double-edged sword. After a promising start, Ferrari has slipped again in 2016, and the looming shadow of Marchionne appears to be putting ever more stress on the team, not least – apparently – on Vettel, whose happy-go-lucky side has lately been in short supply.

Räikkönen, by contrast, appears immune to such pressures. After months of speculation, he has his 2017 contract tucked away, and his recent performances – notably in the angry scrap with Verstappen at the Hungaroring – have been impressive. Personally, I would like to have seen Ferrari take a chance for next year, and put Carlos Sainz in with Vettel, but – with the shining exception of Gilles Villeneuve – taking a punt is not their way when it comes to choosing drivers. Kimi, who will be 37 in October, stays on board yet again.