Formula 1 is back at another returning venue after a Covid-enforced absence last season with Paul Ricard playing host to an intriguing weekend.

Both title contenders suffered their own calamities in Azerbaijan a fortnight ago and there remains a slender four-point margin between Max Verstappen and Lewis Hamilton.

Following the dramatic tyre failure for the former, Pirelli has published its review into the incident and new technical directives have been brought in to prevent a repeat.

Since the French GP returned to the calendar, Mercedes is the only team to have taken victory around the circuit with Hamilton winning back to back in 2018 and ’19.

The latter was also a Mercedes 1-2 but the team would do well to replicate that this year with its last 1-2 finish coming last year at the Emilia Romagna GP back at the beginning of November.

Despite having won a race less than his rival in 2021, Verstappen leads the championship on the count of his greater consistency so far this year. When he’s seen the chequered flag, he’s been either first or second at every race this season. Will that change this weekend?

Here are a few things to keep an eye on during the French Grand Prix weekend.

Sebastian Vettel put in his best performance in Aston Martin colours in Baku to score his first podium with the team. Fernando Alonso used his experience at the restart to nab sixth from Yuki Tsunoda having lined up 10th on the grid in a great performance by the Spaniard for Alpine.

Sergio Perez finally got a handle on the ’21 Red Bull to take his first win with his new team, capitalising on the title contenders’ misfortunes to earn a second career win.

On the other hand, Carlos Sainz undid his hard work in the opening stint as he slipped down an escape road on cold tyres and had to salvage seventh. Daniel Ricciardo found the barriers in qualifying and only managed ninth on race day as his struggles continued.

“Three back-to-back [is] a great opportunity to get continuous time in the car and really build on the progress we’ve made so far,” the Australian said ahead of the weekend.

“Being able to consecutively put more miles in over the next three weekends combined with the work we’ve done in the simulator will hopefully get us to a good place and continue to build my confidence in the car.

“It’s a much more conventional and forgiving track than Baku that also comes with slightly fewer risks.”

Will the return to a more conventional track help or hinder those that made progress in Baku?

While rival manufacturers elected to take fresh power units for the Azerbaijan GP, Honda opted not to take any new engines at either Red Bull or AlphaTauri.

The Honda-powered teams will get upgrades though for the French GP weekend that might just put Red Bull ahead of Mercedes if the two cars are as closely matched as evidenced so far this year.

In terms of ultimate pace, the RB16B has had the measure of the Merc W12 but it has been underperformances from its drivers and ill-fortune that have left the tally of poles at 3-1 in Mercedes’ favour.

After the manic Baku weekend, Ferrari in fact holds the second-most pole positions this season. With a little boost in overall performance from the new Honda unit though, could those scales be tipped back into the Milton Keynes team’s favour? 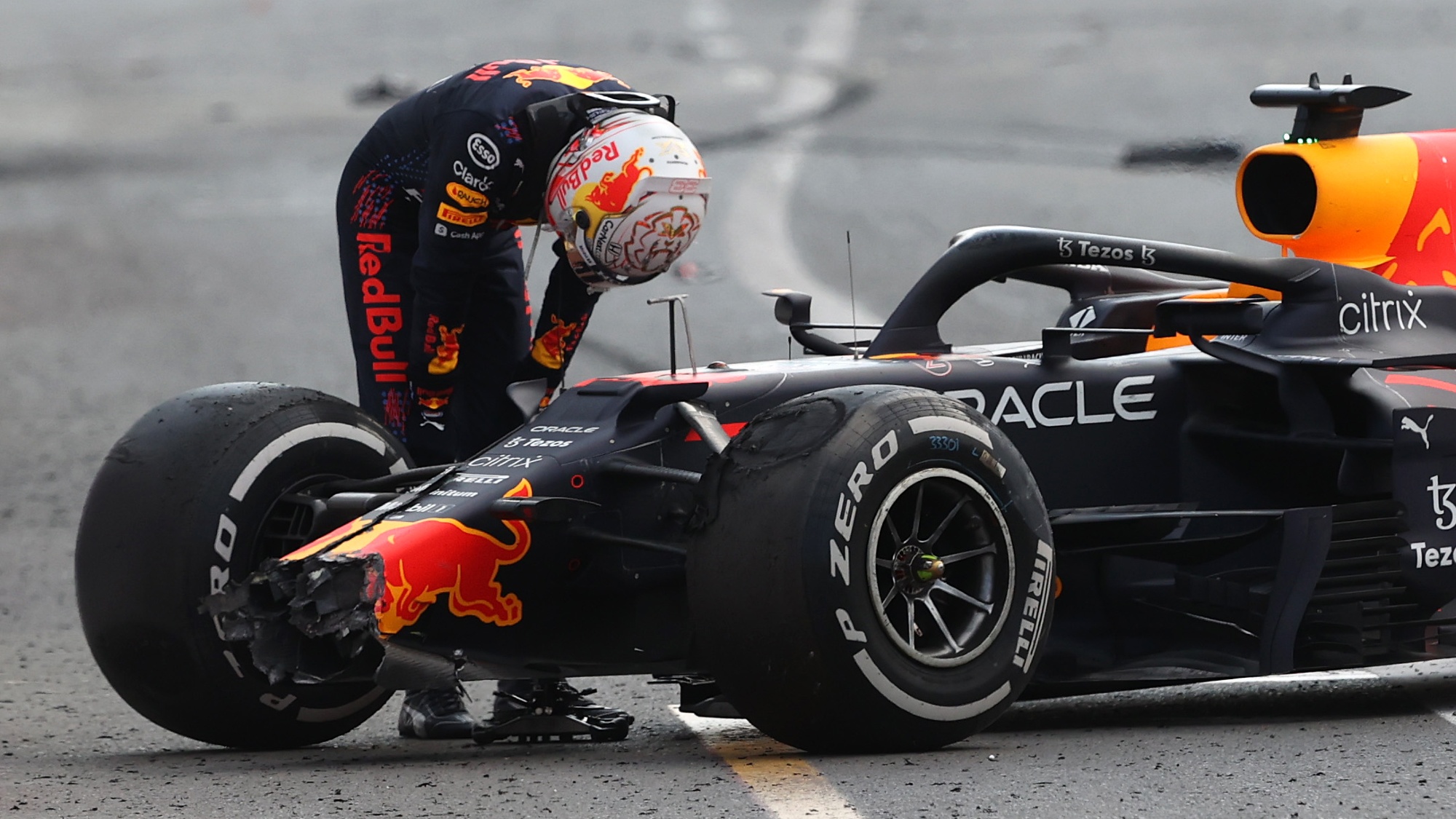 The high-profile tyre blowouts during the Azerbaijan Grand Prix means that Pirelli will be the centre of attention after announcing its findings into what caused the failures on Lance Stroll and Max Verstappen’s rear left tyres.

Immediately after the race, F1’s sole tyre manufacturer indicated that debris may have been the potential culprit, citing cuts in the tyres of Lewis Hamilton but its subsequent investigation into the incident revealed little in the way of an obvious cause for the tyres failing.

Verstappen was quick to fire shots at Pirelli in his conversations with media post-race but his team maintained that there had been no bending of the rules after the official statement from Pirelli.

“We have worked closely with Pirelli and the FIA during their investigation into Max’s tyre failure on lap 47 of the Azerbaijan Grand Prix and can confirm that no car fault was found,” a Red Bull statement read.

“We adhered to Pirelli’s tyre parameters at all times and will continue to follow their guidance. We are grateful that following the weekend’s high speed impacts no drivers were injured.”

Pirelli said that there had been “no production or quality defect on any of the tyres; nor was there any sign of fatigue or delamination” though that will mean even less to the Dutch driver if he is to lose his championship lead this weekend to Hamilton.

A new technical directive has been issued to teams ahead of this race weekend concerning the “monitoring operating conditions during a race weekend” of tyres, particularly focusing on the removal of tyre blankets ahead of a car leaving the garage. Whether that has any effect on the pecking order we’ll have to wait and see.

Is Mercedes still the dominant force in France?

Since the revival of the French Grand Prix at Paul Ricard, only one team has been victorious: Mercedes.

On the last visit to the circuit in 2019, Lewis Hamilton took a dominant pole 0.3sec ahead of team-mate Valtteri Bottas and over 0.6sec clear of the closest rival from another team, Charles Leclerc.

The subsequent race was a one-man show as he took his sixth win of the season by almost 20sec from closest challenger Bottas.

F1’s landscape has changed a fair amount since then and Red Bull looks like a credible title threat for the duration of the 2021 season. This will be the first weekend since the FIA’s new load tests on rear wings have been implemented, meaning the flexi-rear wing Red Bull ran in Spain could be out of the picture should it not pass the new tests.

Despite not running a similar style wing in Baku, Red Bull rose through the order and was set to take its first 1-2 since the 2016 Malaysian Grand Prix.

If the world championship leaders can sustain the momentum from the street circuits of Monaco and Baku around the fast, sweeping venue of Paul Ricard, it bodes well for the remainder of the year and could startle reigning champions Mercedes into panic stations.