We celebrate the 50th anniversary of John Frankenheimer’s Grand Prix  in Motor Sport this month, the movie considered by some as the best racing picture of them all – and by others as a cliché-ridden let-down.

Whichever side of the fence you sit, most agree that the real Formula 1 footage included in the film, shot during the 1966 season, is among the finest ever captured. The overhead helicopter stuff from Spa in particular sends a shiver or two down the spine and is at least equal to anything captured by Steve McQueen’s  Le Mans – the other ‘big one’ in that dubious canon of motor racing popcorn flicks. 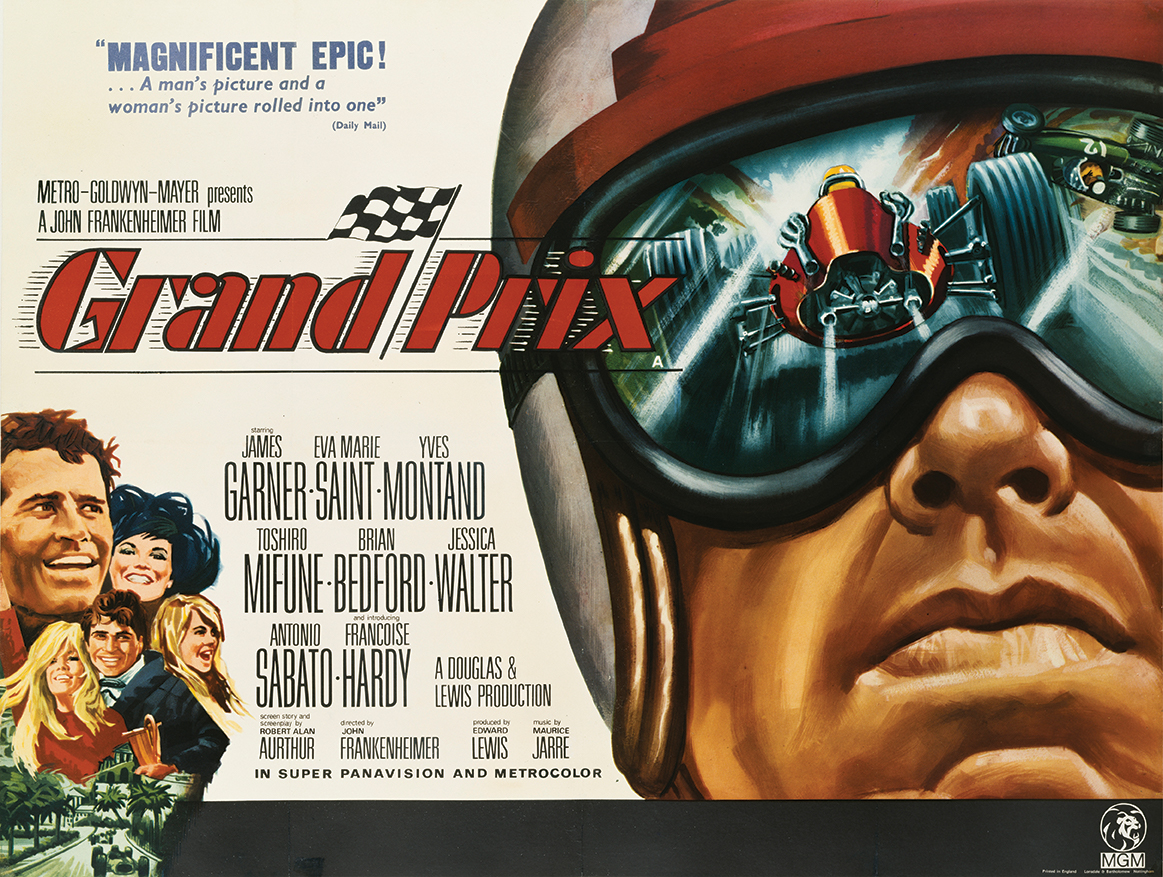 Richard Heseltine is our guide to the making of a movie that always remained close to the heart of Frankenheimer. The detail on the rivalry between James Garner and McQueen, and the director’s dedication to his craft, are particular highlights of a fascinating cover story for our August issue.

One striking fact is that of the 20 real racing drivers involved in the shoot, just three are still with us. Richard spoke to two of them for our story – Chris Amon and Bob Bondurant – but it’s a sobering reminder of how few of that glorious generation remain. It was half a century ago, after all.

But aside from the drivers, there are other eyewitnesses who can still share their memories. One is reader Keith Rowe, who found himself as an ‘extra’ during filming at Brands Hatch.

“In 1966 I was a pit marshal at the Grand Prix (via membership of the BRSCC) and was present during all the filming the following week,” he says. “What I did not realise was that Frankenheimer was shooting scenes during practice and the race, and the following week ‘dubbing’ scenes were to be done.”

Mr Rowe has some precious stories from his brush with Hollywood, including a surprise encounter with the man fans of the movie know as Scott Stoddard – who raced a car that looked remarkably like a BRM and in the helmet colours usually associated with Jackie Stewart.

“My marshaling duties were in and around the BRM pits,” recalls Mr Rowe. “Brian Bedford [the actor who played Stoddard] walked in dressed as a racing driver and carrying a helmet. I knew what all the racing drivers looked like, but I didn’t recognise him. I had no idea who he was. He started talking to me and then I realised he was wearing make-up. I thought that was most peculiar. He asked me why they were sticking needles in Graham Hill‘s tyres. I answered that it was to measure the temperature and then backed away…”

Mr Rowe appears in a number of scenes, notably as a marshal tending to Pete Aron’s fiery moment in the Yamura at the top of Paddock Hill Bend. “Frankenheimer said we could only do it once and we had to get it right,” he says. “They had gas canisters in the back of James Garner’s car, which they set off as he came along Top Straight. He stopped quickly at the top of Paddock, but the flames enveloped him. He struggled at first to get out and he was singed a bit.”

A princely fee of £5 per day was Mr Rowe’s reward for his time on set, and he also gained personal insight into the leading personalities in the movie. 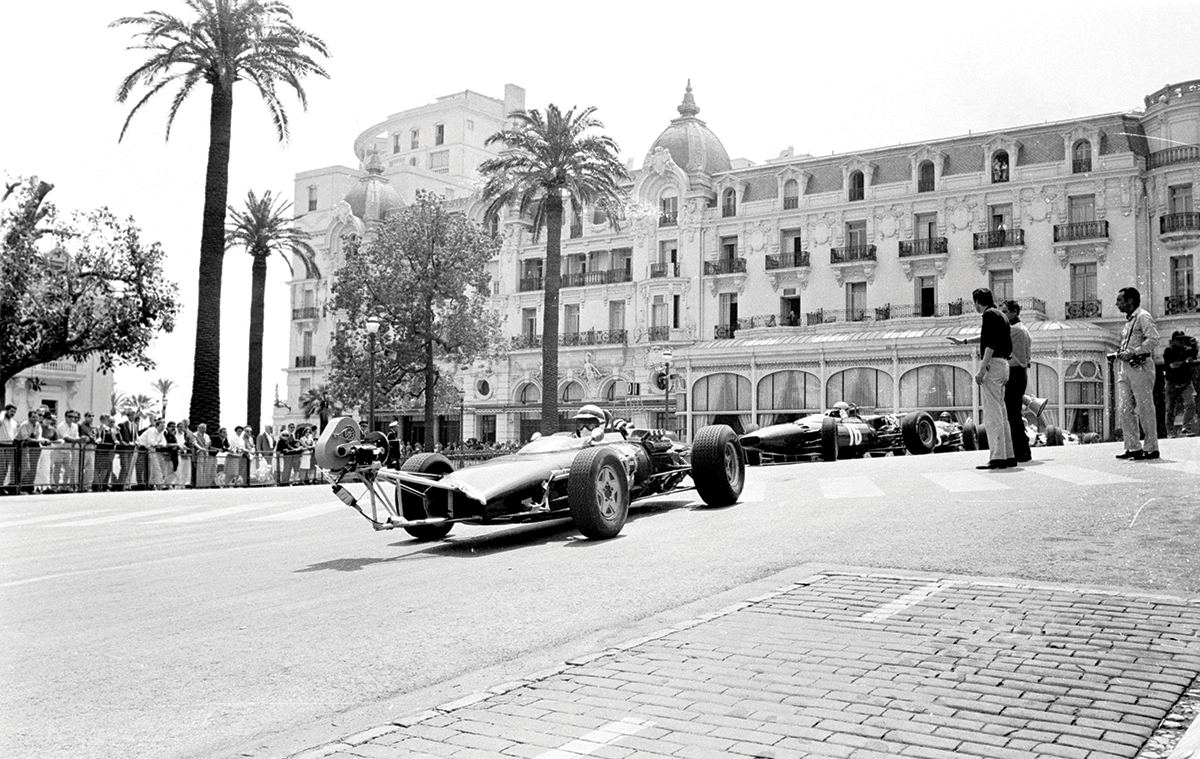 “Frankenheimer was very approachable and wanted to know everything we did at a normal race meeting. But he was very intense. You could detect that he put his heart and soul into the making of Grand Prix. If one of the established crew did not measure up, for some reason, Frankenheimer would issue them a ‘ten/four’, which was the sack. I witnessed a couple of them receive a ‘ten/four’ and leave the set as very unhappy people. I expect he relented later, but it did tend to keep you on your toes.

“Yves Montand [the debonair actor who played veteran ace Jean-Pierre Sarti] was miserable and wouldn’t talk to anyone, and so was Françoise Hardy [Lisa]. She wouldn’t participate in anything other than filming, and just spent most of the time posing.

Download the Motor Sport app to read the magazine now

“But James Garner was great. One time when there was nothing happening and everyone was getting bored, Frankenheimer sent him down to cheer us up and make us laugh. I remember he dished out American cigarettes to us all. He was the kind of bloke you’d like as your best friend.

“Frankenheimer was so pleased with the British extras he invited us all to participate in further filming at the next Grand Prix, which was the French at Clermont-Ferrand. I was unable to go, which turned out to be a blessing. Some of the lads did go down there. The French equivalent of Equity objected to their presence, so they were paid off and sent home!”

But there was one other treat in store for Mr Rowe: an invitation to the premiere in London. “I was sat behind Graham Hill,” he says. “When they showed the crash scene at Monte Carlo early in the film, they all thought that was wonderful.”

As our magazine story relates, Grand Prix was far from a critical smash even if it did manage decent business at the box office upon its release at the end of ’66. In motor racing circles, there was general disappointment at how the final film turned out – although naturally a fondness for it has developed with the passing of time. Despite its cornball script and clunky narrative, it is now considered something of a cult movie – and it’s certainly very much of its time.

For Mr Rowe, it’s always been great. “I thought it was a really good film,” he says. “The storyline was fairly predictable, I suppose, but it was realistic. Some of the things they portrayed subsequently happened. Montand’s death, with his body hanging in the trees at Monza, was a bit gory – but that’s how it was back then.”

Keith Rowe began marshaling in 1964, and remains immersed in racing to this day. He’s now a judge for the BRSCC and Motorsport Vision, and must have many more stories from his 50-plus years in the sport. But surely few can top those from that special summer in 1966. 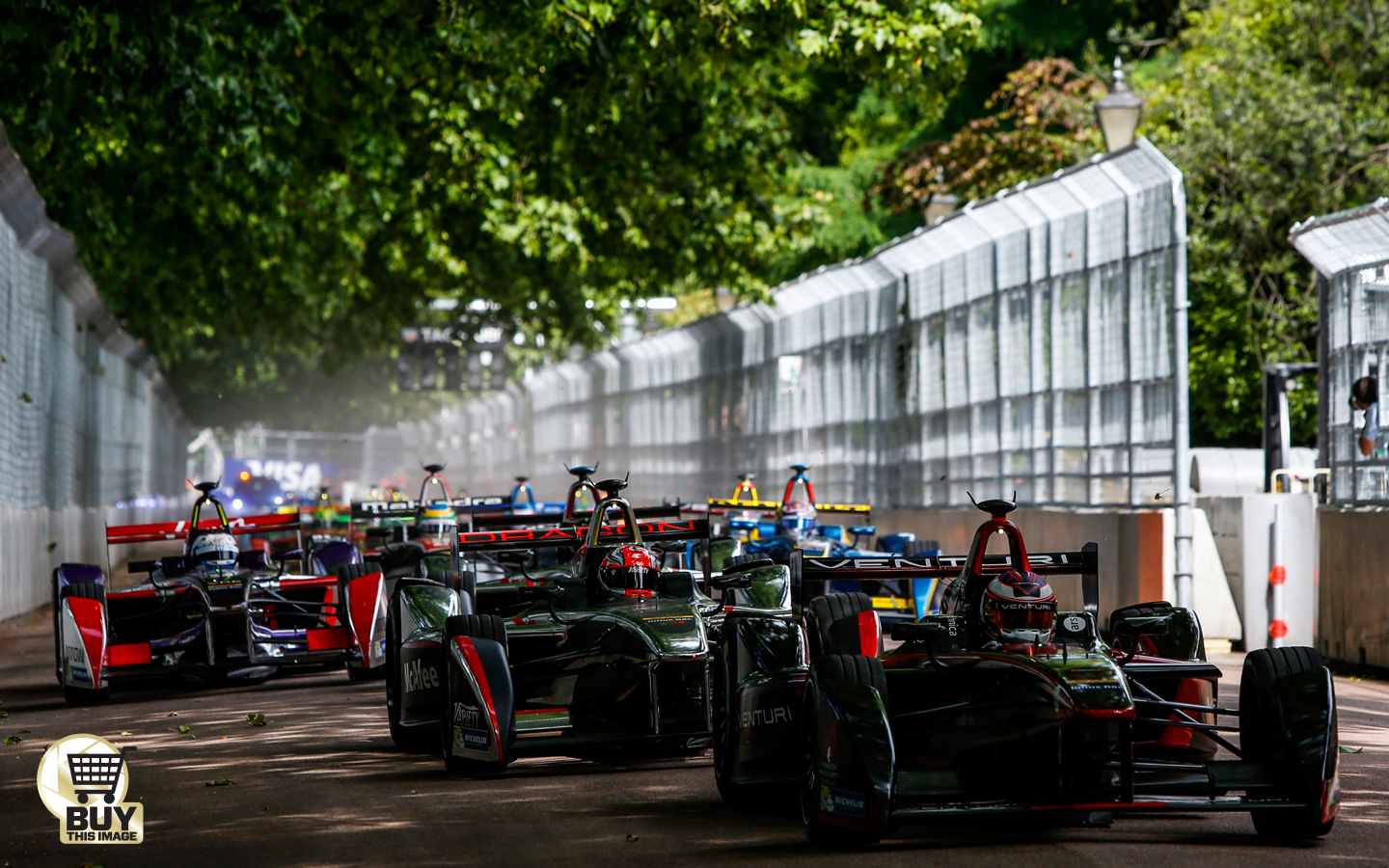 The second FIA Formula E Championship concludes in London this weekend, as the all-electric single-seater series heads back to the narrow, leafy perimeter roads of Battersea Park.

At a preview event in the walkway of Tower Bridge on Wednesday evening, series boss Alejandro Agag made no attempt to hide his obvious relief that Formula E has made it this far. Sceptics (and there are a few) predicted it would lose its spark long before now, but after a difficult few months the charismatic Spaniard is looking ahead to series three, due to begin next autumn. After a brief appearance at Tower Bridge, he dashed off for a dinner engagement with Jean Todt in the hope of persuading the FIA president to allow him to release calendar details for the 2016/17 races, held once again on street circuits in some of the world’s greatest cities.

Battersea has always been unique to Formula E, given that its parkland roads offer a different challenge – from a logistical point of view as much as from the cockpit. It’s also the series’ only double-header, with a race on both Saturday and Sunday when every other round offers a single-day ‘pop-up’ format.

Agag faced a very real threat of his finale being cancelled this year, after a dispute with unhappy local residents almost made it to the High Court. A settlement saved the day, but it will be Formula E’s last visit to Battersea. The series is based in London, and Agag is now determined to find a new venue – one more in keeping with the other races in his series – to avoid a Formula E Brexit next year. He’s a talented politician, and we wouldn’t bet against him finding a solution.

On track, Battersea does at least promise another potentially thrilling championship climax as Lucas di Grassi and Sébastien Buemi go head-to-head for the title, separated by just one point. Briton Sam Bird has a distant mathematical chance, too, but his odds are beyond long.

Last year Nelson Piquet Jr clinched the inaugural title in the final seconds of the second race and required Formula E’s TV crew to break the news that he was indeed champion. Agag is hoping for more of the same on Sunday afternoon.

The drivers find the narrow and heavily crowned parkland roads frustrating to race on, although against expectations they did find ways to overtake last year. For many traditional racing enthusiasts (in other words, readers of Motor Sport), the whine of electric powertrains, ungainly cars that lack speed and range limitations that force drivers to switch to a second car mid-race, make Formula E a point of easy ridicule. The fabulous Brands Hatch Superprix, featuring a revived Race of Champions, will be many more times attractive to the hard-core this weekend.

But novelties such as Fan Boost, which allows the public to vote on which drivers are awarded a brief hike in power mid-race, are indicators that this series is targeting a new and significantly younger audience, beyond the established (and aging) motor racing crowd. At Battersea last year it was noticeable how many families headed to the park, perhaps attracted to a motor race for the very first time. The lack of loud racing engines is a turn-off for many – but not for parents of small children looking for something to do on a weekend.

Formula E has got this far despite its troubles. The race in Moscow did prove beyond saving this year and ambitions towards a true open technological formula have been reined in on the grounds of cost. But it remains an attractive proposition to big-name sponsors and car manufacturers such as Renault and Citroën. And it’s significant that Jaguar has eschewed sports car racing traditions in favour of Formula E for its long-awaited return to motor sport when season three kicks off. This championship is clearly being taken seriously in corporate boardrooms.

You might not be convinced – but Agag and his team are surely on to something.