The first in a five-part series of extracts from Motor Sport Grand Prix editor Mark Hughes, in which he turns the attention to 1980 and explains why it was such an important year… 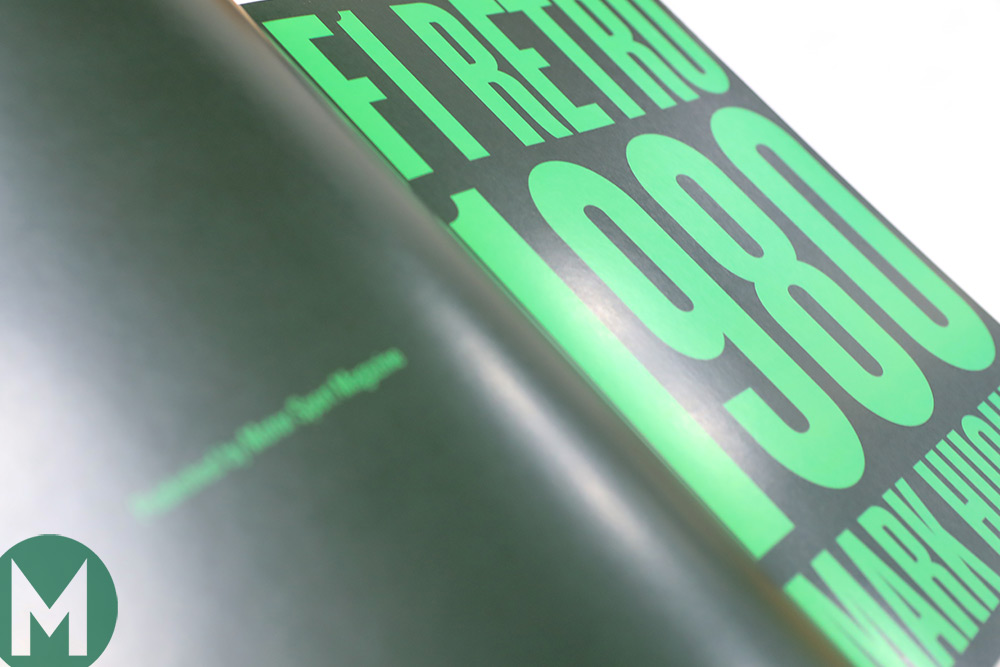 The implicit menace in the emerging style of racing was just part of the sport’s mutation to something bigger but coarser in every dimension. Technical, commercial, sporting and political developments were combining to transform the very nature of F1. It was an inevitable process and 1980 was a pivotal year. At the heart of it was money. The actors in the drama and the trigger points along the way – Renault’s turbo programme, the harnessing of ground effects – were just fulfilling roles that could have been played by others with much the same outcome. Not so surprising then in such a volatile environment the tough bruiser Alan Jones should flourish.

Racing an F1 car was still a red-meat activity in 1980 but the more carnage-inviting excesses had been trimmed by halting but cumulative advances in safety over the previous decade. Hurtling between buildings, trees and sheer drops was no longer acceptable, for example, and so F1 had turned its back on the natural road contours of the old Spa, the Nurburgring and Clermont-Ferrand. They had been replaced with tamer, shorter, purpose-built circuits with run-off areas, catch fencing and sometimes gravel beds. These baby steps had followed from the campaigns of Jackie Stewart and the Grand Prix Drivers Association in the 70s in an attempt to end the grisly carnival of death and blood that TV cameras were now around to capture. Such barbarism had no place in a sport with aspirations of attracting corporate dollars. Having finally woken up to its responsibilities, the governing body had instigated many small but crucial changes through the previous decade. Along with this came an almost unnoticed shadow, the creeping curse of homogenisation as circuit furniture and car design became standardised to safety demands.

Many of the features that made the 1980 F1 car – while still dangerous – safer than those of a decade earlier had come about accidentally in the chase for performance. For example, ground effect venturis within the sidepods meant there was no longer room to surround the driver with fuel tanks: these had migrated to the centre of the car, behind the cockpit. The demands of all that extra downforce on the cars’ structures – a good ground effect car of 1980 had around 2000kg of force pushing it into the ground at 150mph, compared to the Lotus 72’s 140kg a decade earlier – meant they had to be vastly stiffer. By happy chance, this gave the driver more protection in an impact. Other advances had been deliberately legislated for: cars now had safety foam in fuel tanks surrounded by crushable structures; the fuel couplings were self-sealing; dimensions were defined for the pedal box, bulkhead and roll hoop.

Circuits were also dragged – in many cases kicking and screaming – into the new era of safety consciousness and for the first time in 1980 it was a compulsory requirement for each to have its own medical centre set up to an FIA-approved standard. This latter development was at the instigation of Professor Sid Watkins, who in 1978 had been recruited by Bernie Ecclestone to bring in a uniform standard of medical care at grands prix. Giving some indication of the resistance of circuit organisers to relinquish control, Watkins had been barred from entering the accident site of a 1978 startline collision at Monza that claimed the life of Ronnie Peterson. Ecclestone’s righteous anger at this, maybe coupled with memories of the 1970 Monza death of his close friend Jochen Rindt, meant that from 1979 the standard of medical care was no longer at the discretion of circuit management, but imposed by the governing body at the circuit’s cost – and Watkins had ultimate veto at any time. Dictatorial but benign, it worked instantly, showing just how powerful Ecclestone and the FIA could be when aligned. The commercialisation of the sport had cleansing upsides and was far from all bad.