Watch footage of a proposed 2021 Formula 1 car testing in a wind tunnel, as the new regulations continue development 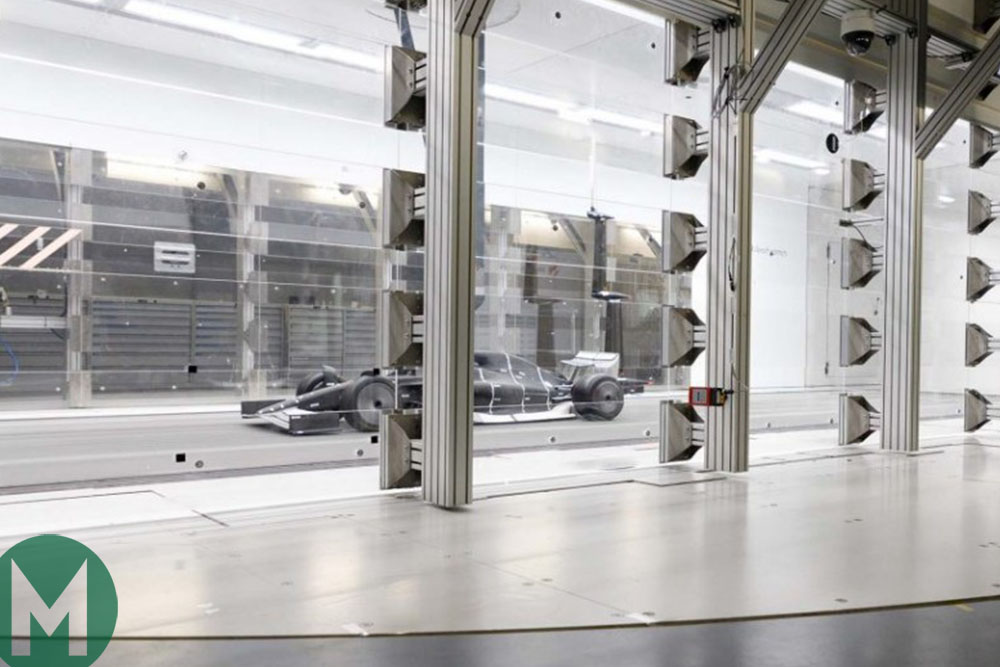 Formula 1 claims that its design vision for 2021 cars is performing beyond expectations after wind tunnel testing revealed a huge decrease in the ‘dirty air’ produced by the concept.

The new regulations are designed to allow cars to follow each other more closely, and increase overtaking opportunities. They include revised wings and sidepods, a new floor design that increases ground effect and larger 18in wheels with low-profile tyres.

The testing is said to have shown that the 2021 modifications reduce aerodynamic disruption in a car’s wake to 5-10 per cent, compared with 50 per cent from this season’s contenders.

It comes ahead of an October deadline for the future rules to be signed off.

“Following the tests of a 50 per cent scale model in Sauber’s wind tunnel, Pat Symonds, the chief technical officer of F1, said that the results are “actually beyond what I thought we could achieve when we started the project”.

“With the configurations we have got at the moment, the results are exceptional,” he added.

The wind tunnel test took place in July, to check that the results correlated with the CFD simulation work carried out by Formula 1 and the sport’s governing body, the FIA.

Rather than measuring the airflow over the car, the tests concentrated on the turbulence behind the model, which is smaller than the 60 per cent scale typically used by F1 teams, to allow the flow to be measured for a greater distance behind the car.

“Teams don’t really care about the wake of the car,” says Nikolas Tombazis, the FIA’s head of single-seater technical matters. “That’s not a criticism; teams are simply trying to maximise the performance of their own car, which is completely understandable. We, however, are more interested in what happens behind the car. The fundamental point of all of this is that we are trying to reduce the losses that the following car would face.

“The simplification of the leading car’s aerodynamics also helps for wake performance because on the one hand the front car doesn’t have as many methods to control its wake. On the other hand the following car, not having all these little, very sensitive devices is less susceptible to disruption.”

The video shows the performance of the design tested using a rake studded with pitot tubes. This measures the direction, pressure and velocity of the air flow behind the car.

Tombazis said that the results showed that the new design reduces wake disruption to between 5 and 10 per cent, compared with a 50 per cent figure for this season’s cars. Further design tweaks are expected before the regulations are finalised.

However, the new rules still have to be confirmed. Their presentation has already been delayed once in June, amid disagreement among teams over the details of the draft proposals.