F1 Live in London must go down as a success 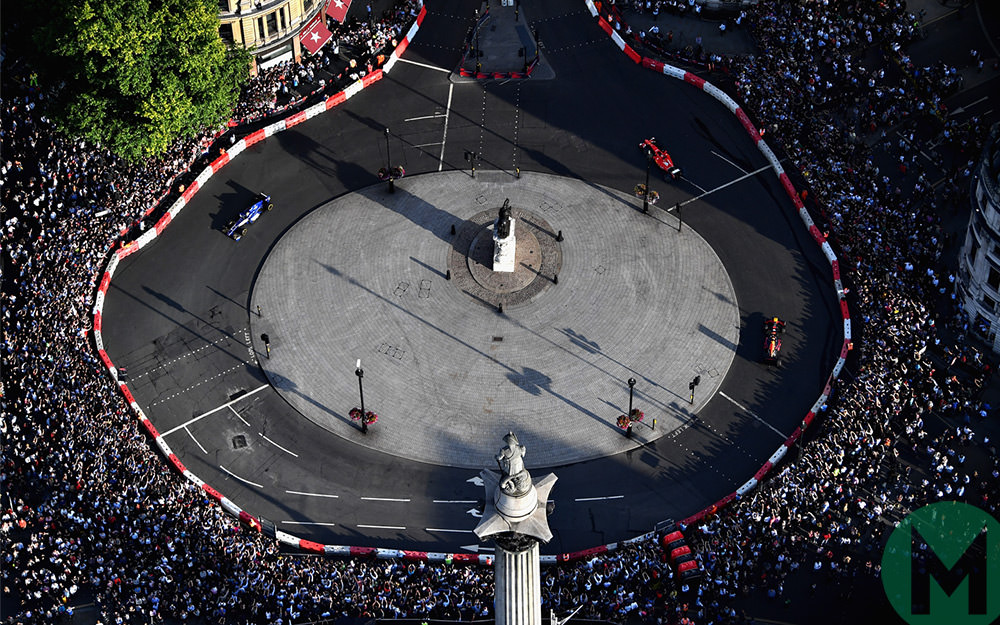 Thousands of Formula 1 fans taking over Trafalgar Square? That was exactly what Liberty Media needed in a week that began with a PR storm.

The timing of the announcement of F1 Live London drew criticism – it was confirmed just 24 hours before it happened – but in the current climate there is an understandable need for caution. Yet Trafalgar Square was certainly full, sufficiently so for the fan area to be closed within minutes. The short parade route was soon almost equally inaccessible.

Fans have every right to gripe about the way it was announced – there was little chance to plan a trip if you don’t live close to the capital – but for Liberty (and cynics) it worked wonders: it took the sting out the BRDC’s announcement that it is activating the break clause in its British Grand Prix contract.

Regardless, F1 Live showed plenty of Liberty’s desire – not least a desire to make F1 accessible to the fans via various means. A live stream on YouTube – accessible to all, rather than locked down as most F1 videos are – wouldn’t have happened under the old regime. That it’s no longer available to view online is a strange decision, but it was a start.

It shows a desire to bring the sport to a new audience. Little Mix and Bastille performing for a free audience was an expensive coup, certainly more so than Travis (who will be performing at Silverstone this evening but are very much yesterday’s news).

It could be seen as a desire to bring F1 to London for good, or at least a bluff aimed at Silverstone’s slipping poker face. The capital’s mayor Sadiq Khan is making the right noises, but F1 Live London showed the obvious and huge logistical nightmare that would present. Battersea Park was all but closed for weeks when Formula E visited; the infrastructure needed would surely rule out a proper London street race. Docklands could afford the downtime, at a push, but it doesn’t yet have the transport links to cope. Chances are it won’t need to, but if Liberty could pull off a London Grand Prix then it would be a victory that proved ever elusive for Bernie.

There’s work to do for Liberty on almost every Formula 1 front, obviously. But F1 Live gave fans a close-up look at Formula 1 and also a hint of its future direction. If every Grand Prix towed around its own F1 Live, then the sport’s viewing figures will inevitably take an upturn. It would reach the audience it needs: its future fans, engineers and, if they’re lucky and talented enough, its drivers.

Liberty should be applauded for pulling it off, and for pulling the Londoners in. Especially since they did so without the biggest and best British driver in Lewis Hamilton, who took two days off while his 19 contemporaries mixed with fans in London. He’ll have his reasons, but he should also be feeling sheepish and will have to absorb the stick that has already been directed his way via social media. For a man who has been at the forefront of bringing F1 to the public via social media, shunning London was an odd choice. Will it all be forgotten if he’s first across the line on Sunday? Probably.

Will F1 Live London have done enough to drop the BRDC’s decision from the back pages? Almost certainly.

Barely 36 hours after the flag fell at the final race of the season, F1 drivers were back on track to prepare for 2023. Chris Medland's anticipation is already growing after seeing familiar faces in their new cars