Speaking ahead of the British Grand Prix, where the grid will be decided by the result of a Saturday sprint race rather than qualifying, Fittipaldi embraced the change and said that it would make the race weekend more exciting.

“The mentality of watching sports has changed, and so Formula 1 must do the same,” he said.

“Sprint qualifying will be interesting. Modern sport is ever-changing. All sports with long histories don’t necessarily manage to keep younger generations watching, so they must change. They need something new, for a new generation.

“I like the new format. It’s a new challenge. It will all bring new excitement for the fans watching the racing.”

Sprint qualifying is being trialled at three races this year, adding an extra 62-mile race (17 laps of Silverstone) on Saturday, which will award three championship points to the winner — who will also be Sunday’s pole sitter.

Qualifying takes place on Friday to decide the starting order of the sprint race, bringing a competitive session to each day of the race weekend.

Ross Brawn, F1’s managing director, has said that the aim is to increase the action over the weekend and encourage flat-out racing in the sprint race.

Fittipaldi backs the concept. “This sprint qualifying gives teams a better chance for good results, and new opportunities,” he said. “This, plus the spending cap, and new car-regulations should give smaller, and midsized teams a chance to be more competitive.

“We are moving in the right direction, and Formula 1 will be more exciting.”

While the grids for the sprint qualifying race and Grand Prix will be identical this weekend, the idea of adding additional cars, with young drivers, to the sprint grid has been raised.

“You can also give new, young talent a chance to show their skills,” said Fittipaldi, who was F1’s youngest World Champion when he won the title in 1972. “It will be exciting for racing fans. The teams can also get a better measurement of a driver’s talent. The public will get behind the new drivers.” 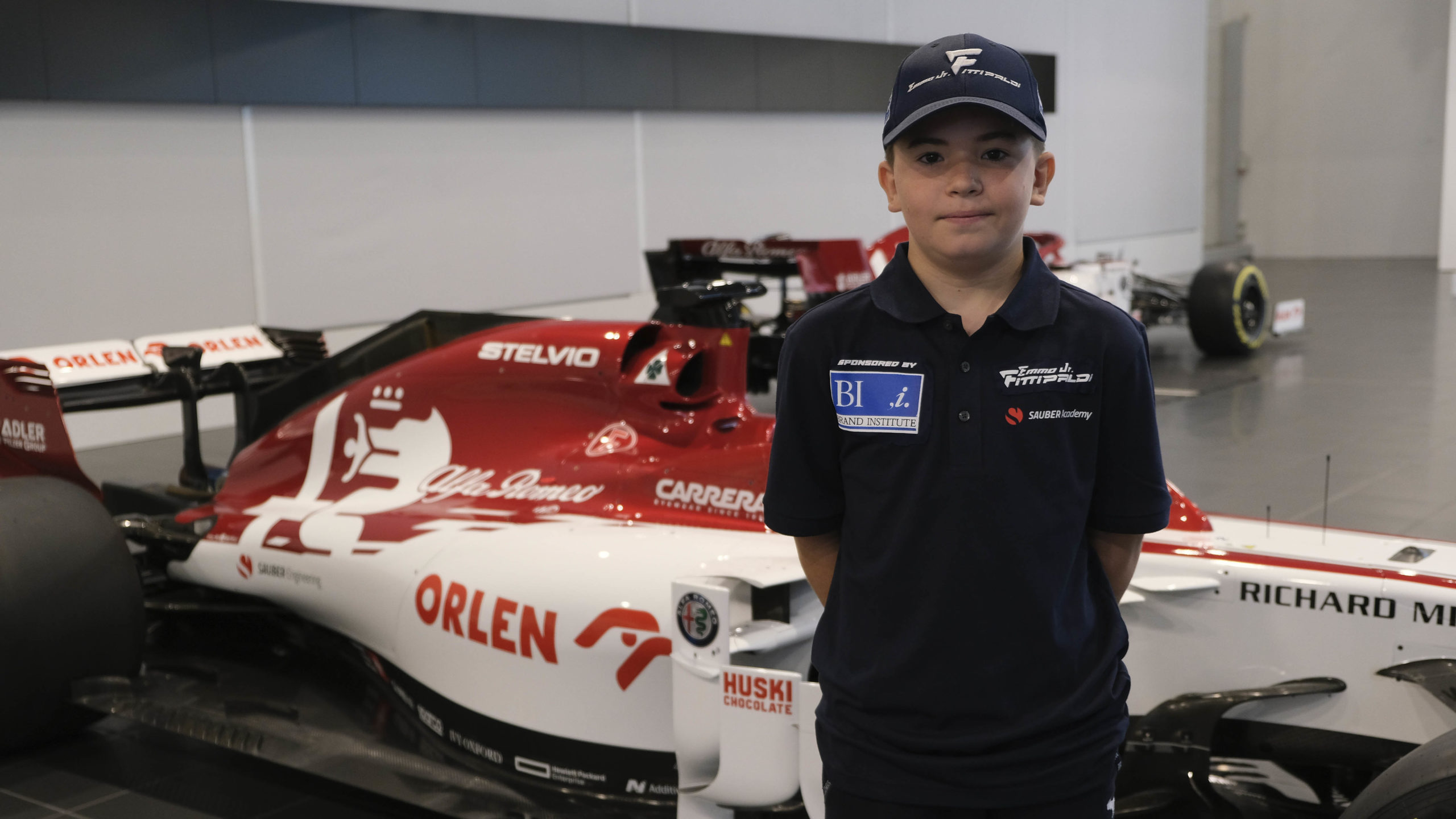 Emerson Fittipaldi Jr. has set his sights on becoming an F1 driver like his Dad

Fittipaldi has a better perspective than most on the situation. He’s gone from youthful champion to team owner, to elder statesman and is now watching a racing dynasty unfold, with a queue of talent waiting to add to the family story.

After Emerson and his elder brother Wilson, his nephew Christian raced in Formula 1 and now grandson Pietro is in line for an F1 drive, as reserve driver for Haas.

“I am so proud of Pietro, and he is a great driver,” said Emerson. “Every championship which he has participated in, he has won.

“He did brilliantly in Formula 1 as well; it is difficult to land a seat for many reasons.”

That’s unlikely to be the end the line either, with Pietro’s brother, Enzo also working his way up the ladder, and Emerson’s son, 14-year-old Emerson Jr, currently the youngest member of Sauber’s junior academy.
“They are doing well, and it is their dream to race in Formula 1,” said Fittipaldi