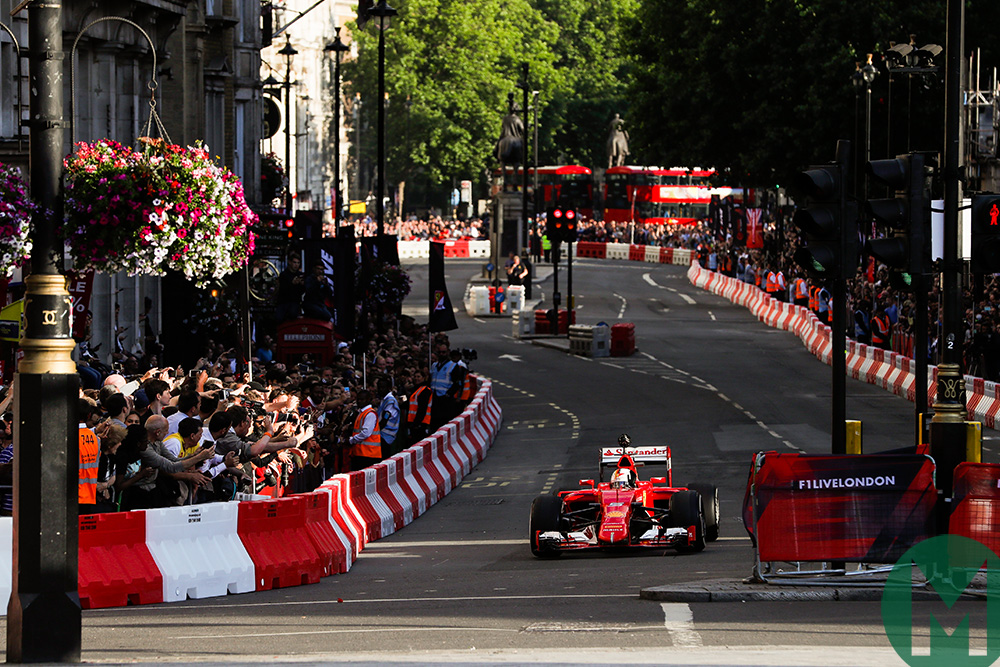 Ross Brawn has confirmed that Formula 1 is exploring the prospect of a Grand Prix in London, though on the city’s outskirts rather than the oft-mooted city centre race.

For all that excitement surrounds the prospect of a Grand Prix in the centre of London it has long been thought that the practical obstacles would be insurmountable.

F1 sporting director Brawn confirmed to the Evening Standard that a city centre race is indeed a non-starter, and confirmed that F1 is instead looking at holding a race more towards London’s outskirts.

“I think because F1 is a week-long activity minimum, the disruption it would cause in the centre of London would be unacceptable,” he said.

“I don’t think Londoners really need to worry about us taking over the centre of London for a week.

“But there are things on the periphery that are being explored – not slap-bang in the centre of London but Greater London.”

The office for Mayor of London Sadiq Khan confirmed that a London Grand Prix is plausible and that it is also to “explore options”.

“We’d like to see London complement Silverstone, not replace it”

“London is always open to hosting the world’s biggest and best sport events – from the final of UEFA Euro 2020 to the NFL, and the Cricket World Cup to Major League Baseball,” a mayor’s office spokesperson said.

“The mayor believes that it should be possible to organise a race in London in the future and has asked his team to explore options with F1.”

A race in London would also fit with F1’s recent push for more street races as well as to hold races in ‘destination cities’.

Races in the Docklands area and at the Olympic Park have previously been speculated about while Brands Hatch, which held several Grands Prix between 1964 and 1986, situated just outside London, would require a lot of work to get up to modern F1 venue standards.

Speculation about a Grand Prix in London has also been fuelled about doubts about the future of the current British Grand Prix at Silverstone, as the circuits’ owner – the British Racing Drivers’ Club – activated a break clause in its contract meaning that there is no deal to hold the event there after 2019.

Brawn added though that a London event would not necessarily be at the expense of Silverstone.

“We’d like to see London complement Silverstone, not replace it,” Brawn added.

“We could see ways we could make it work both sides. London is an iconic city with a massive history in the sport and there’s huge enthusiasm here.”