How should a driver answer a question? Should he toe the party line, say what his team and paymasters want him to say or should he be honest and say whatever he wants? 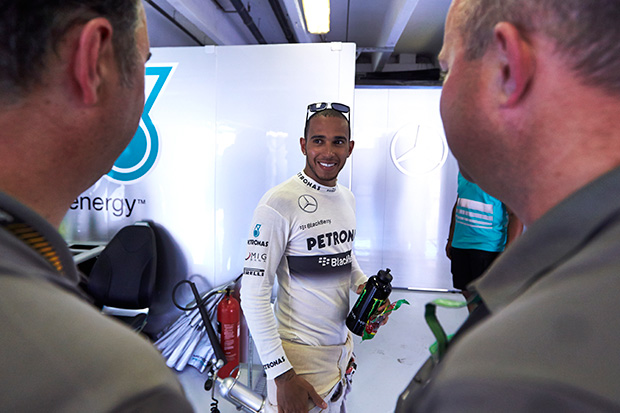 What comes out of a drivers mouth is always speculated upon, written about and watched by millions. You base your judgements and opinions of people on what they say and how they say it.

Sunday after the race we saw some interesting reactions from Lewis Hamilton after his excellent victory, as well as Sebastian Vettel and Fernando Alonso. All three are very different characters with personalities that couldn’t be more different – although there are couple of similarities.

Hamilton, Vettel and Alonso don’t always subscribe to ‘being an employee’ and not having an opinion when it comes to issues, whether it be tyres, going to Bahrain or FIA decisions. Kimi Rӓikkӧnen and Mark Webber are the same too; they have opinions and they deliver them in different ways, but from that point of view they are far from the corporate machines we have seen in the past. 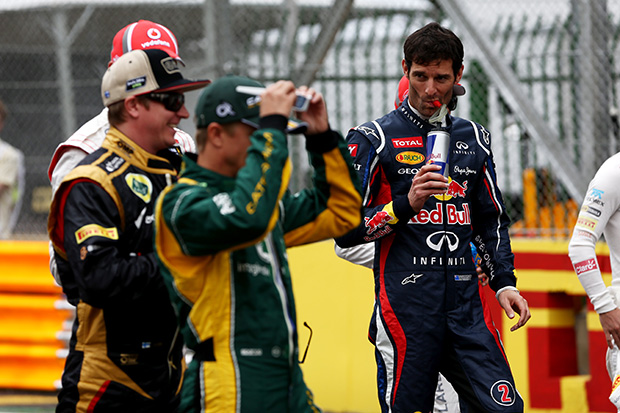 They all prefer to do their talking on the track and have a huge desire to win but that really is where the similarities end. Off track, they talk a very different game.

Lewis is emotional. Even in the interview with me on Sunday after the race he described his emotions this year as “a roller coaster” and said he wished he could “take something to level him off”! He talked openly about his family and personal life and dedicated his win to “the special person”. Like it or loathe it, he doesn’t shy away from his life, his relationships, his taste in music or God. This year he seems even more open to sharing his life publicly whether it be in interviews, in his BBC web column or through social media.

When it comes to Fernando Alonso, his style of talking is exactly like his style of driving – punchy! He isn’t shy, he’s intelligent and says what he thinks. He is 100 per cent aware and open about what it will take to overcome Vettel, or as he described it last year “Adrian Newey and Red Bull” and he isn’t afraid of upsetting people with feisty warnings such as making his thoughts clear that Red Bull are doing more than his team when it comes to development at this crucial stage of the season. 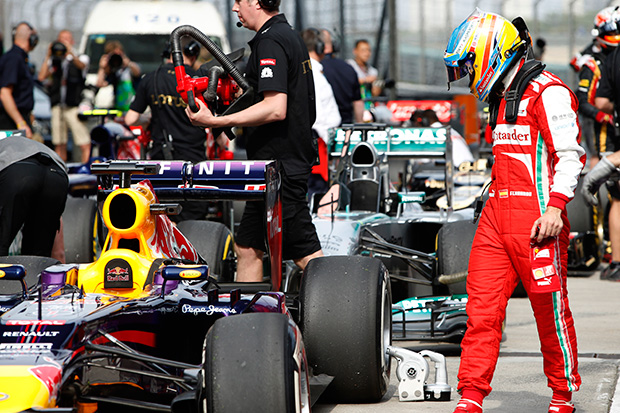 It was interesting to hear after Hungary that his punchiness might have become too much for Ferrari and that Luca di Montezemolo had called Fernando on Monday to wish him happy birthday and also “tweaked his ear for his latest comments”.

It is not clear which remarks by Alonso upset the Ferrari president but when denying his manager had been speaking to Christian Horner it was done with a huge grin, although to be fair his words were “not that I know of”.

But when he was asked what birthday present he would like after finishing fifth in Hungary, he said “someone else’s car”.

Vettel, the youngest triple world champion, has a different approach when it comes to talking up his chances. Quite simply, he doesn’t. He talks a lot about taking it race by race and if the points add up at the end and if he is in front, then he will be champion. He keeps all the information about fastest laps, qualifying, race results, but he never looks at the driver standings. He once told me that after he won his first championship in Abu Dhabi in 2010, he woke up on Monday morning and went on to the internet just make sure he had actually become champion! 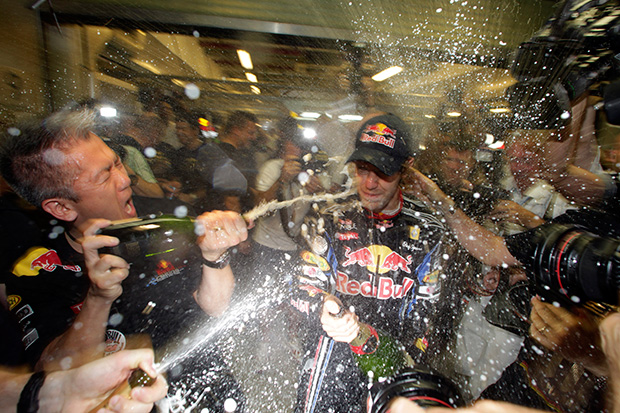 But as time passes and he gets older he is becoming more assured, some in the paddock say ‘more Michael’. When he used to laugh off a question, he takes it on and sometimes unnecessarily so. He could have avoided saying to me on Sunday that he “would prefer Kimi to Fernando as a team-mate” – that wasn’t the question I asked! He then said he respected Fernando as a driver but Kimi as a driver and a person as “he’s always been very straight” with him.

The way he dealt with the Malaysia Webber situation was also not the Vettel we had seen previously. Again, whether it was right or wrong, he took a confrontational direction although one which he believed in. The difference in how he reacted to Turkey 2010 and Malaysia 2013 was that of someone who had found his own voice and wasn’t simply a megaphone for the team.

How Alonso reacts to Vettel’s comments remains to be seen but Fernando is the master of game playing and for him it is the red rag to the bull, in all senses! 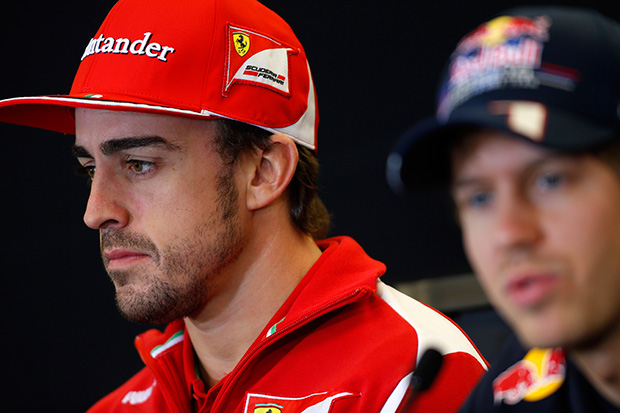 Maybe it’s easier to have an opinion when you are a world champion and have proved your worth; one bad interview, one throwaway comment will not undermine your talent. Whether you like what they say or not, we should be grateful that in Formula 1 we have drivers who at least have an opinion.