Red Bull’s ‘bendy wing’ is currently directing plenty of attention to the rear of the RB16B, which is set to go down as yet another experimental design that ultimately ends up banned

It’s set to be legislated out of existence — thanks to new tests being introduced by the sport’s governing body — following a well-trodden route that begins with a designer’s imagination and ends up on the scrapheap.

20 years ago, Arrows was the centre of attention when the team turned up to Monaco with a unique front-mounted design aimed at improving downforce around the street circuit. The innovation was banned pre-race, along with Jordan’s own ‘T-Wing’.

The advantage gained from a novel wing design is too powerful to ignore — even if it’s likely to be outlawed quickly — as the sport has become dominated by downforce. The interesting, ingenious and downright strange-looking creations that result offer an insight into the vision of some of the greatest aerodynamicists

Here are some of the most memorable and infamous wing designs that have made it into Formula 1 cars throughout the years. 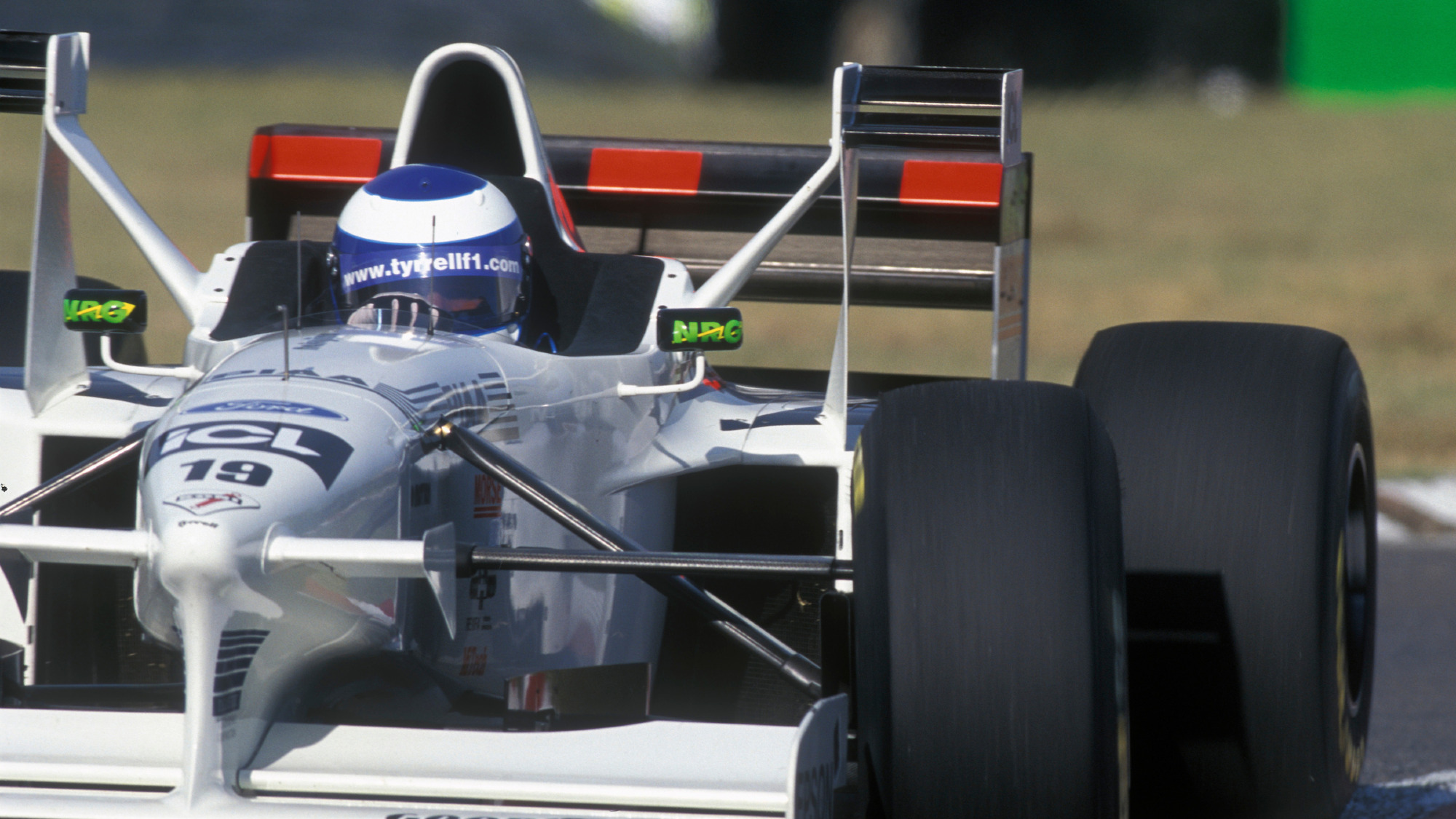 Mika Salo in the Tyrrell with X-Wings in Buenos Aires

The Tyrrell 025 used in the 1997 season spouted some additional wings to help with high downforce circuits such as Monaco. Rising from either side of the cockpit, the ‘X-Wing’ appearance earned it the nickname. Despite other teams picking up on the concept, the design was banned from 1998 due to safety concerns. 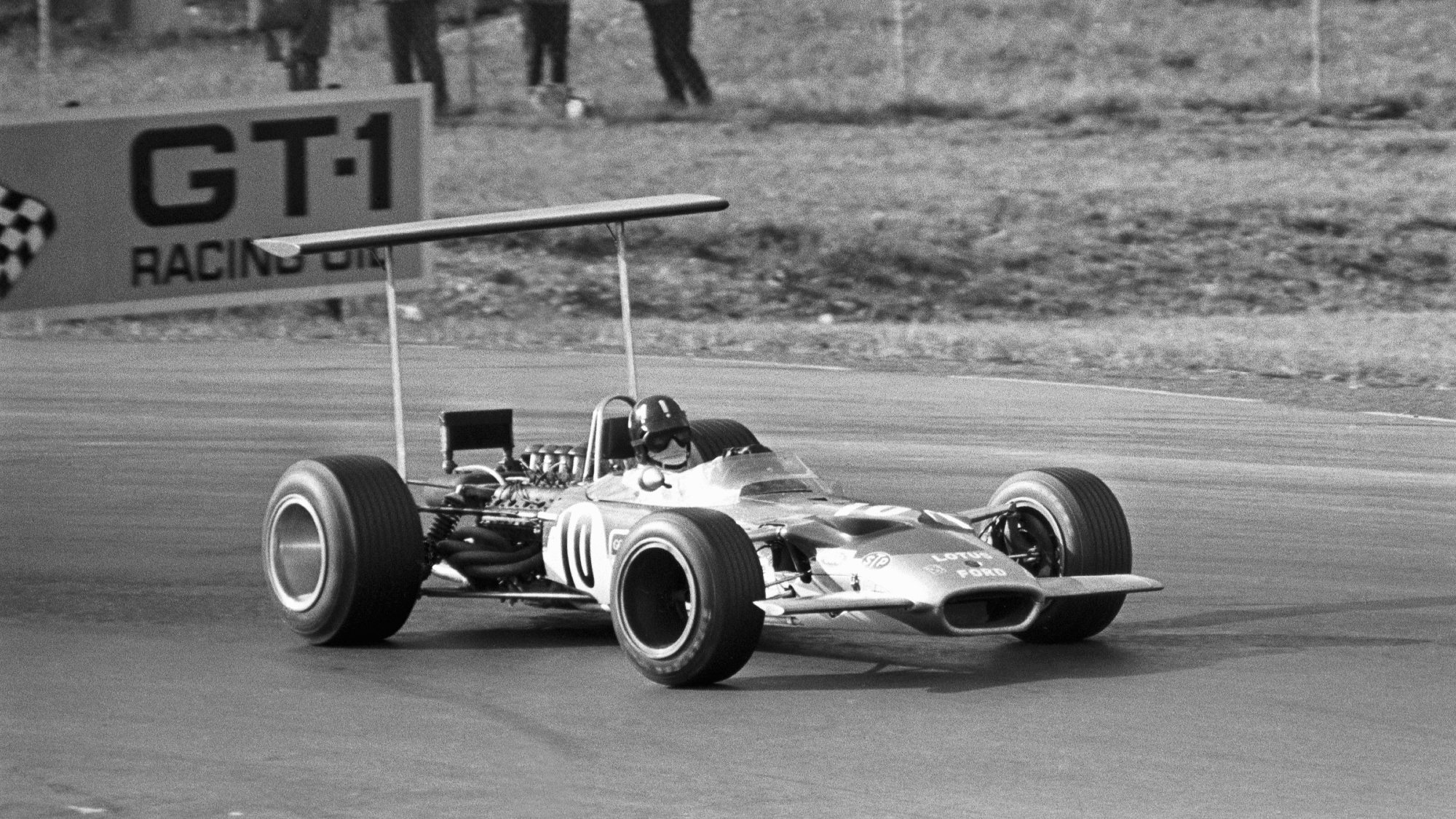 Usually the one to forge ahead with innovations, Colin Chapman took F1’s rapidly-evolving wing revolution to new heights for his Lotus team. Literally. The skinny pylons that held the wings high above the engines on his cars were quite the sight and delivered improved lap time but suffered failures that resulted in major accidents. The governing body moved to mandate how wings were attached to cars to prevent the growing problem. 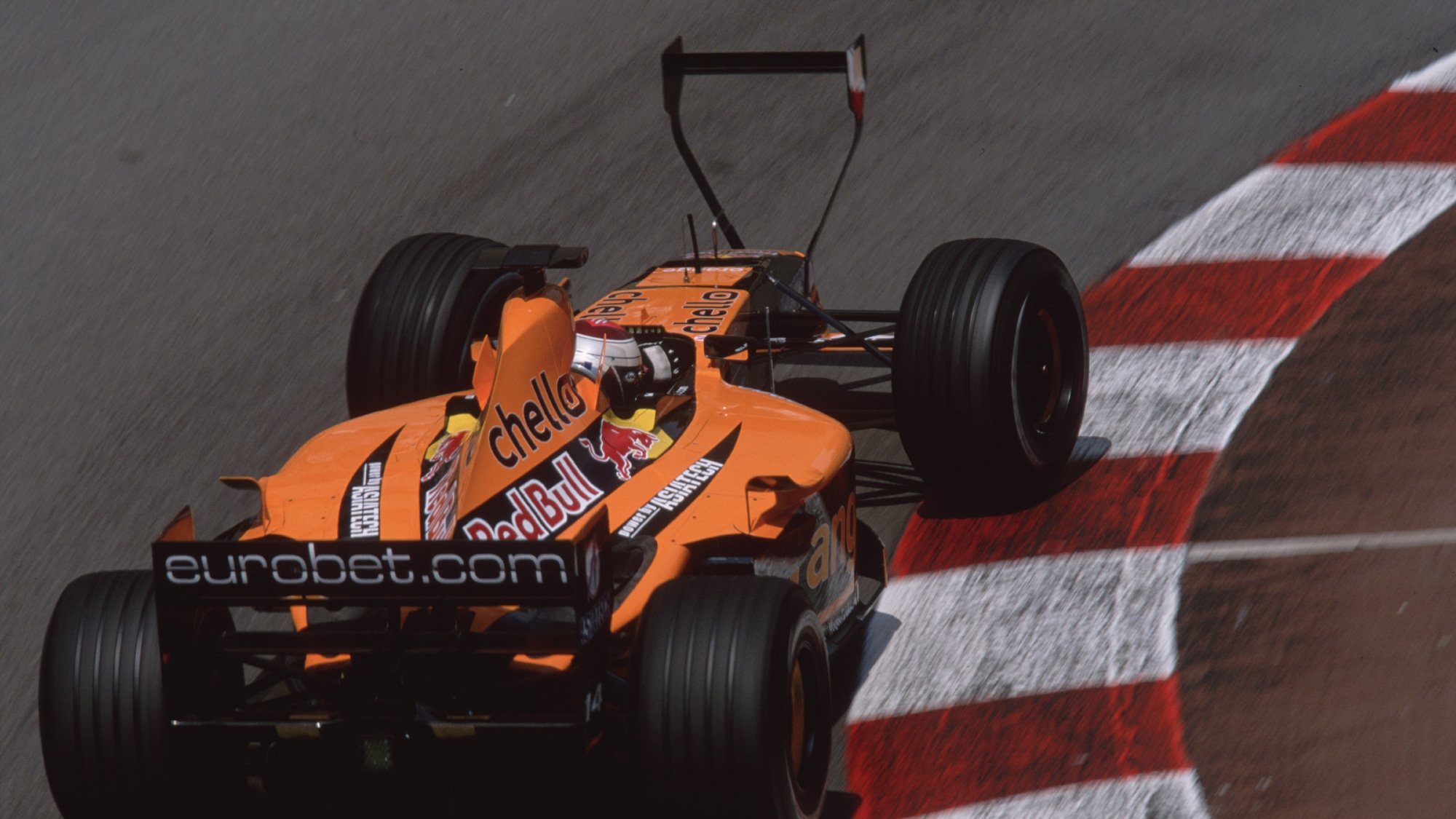 Jos Verstappen tries out the new Arrows wing in Monaco

A miniature wing mounted on the front tip of the nosecone on the Arrows A22 attracted all of the attention in Monaco back in 2001. The minnow team arrived with a peculiar mini rear wing propped high above the driver’s eyeline but it caught the attention of the rulemakers in quick time. The wing was banned before it could be raced despite not breaking any regulations specifically. 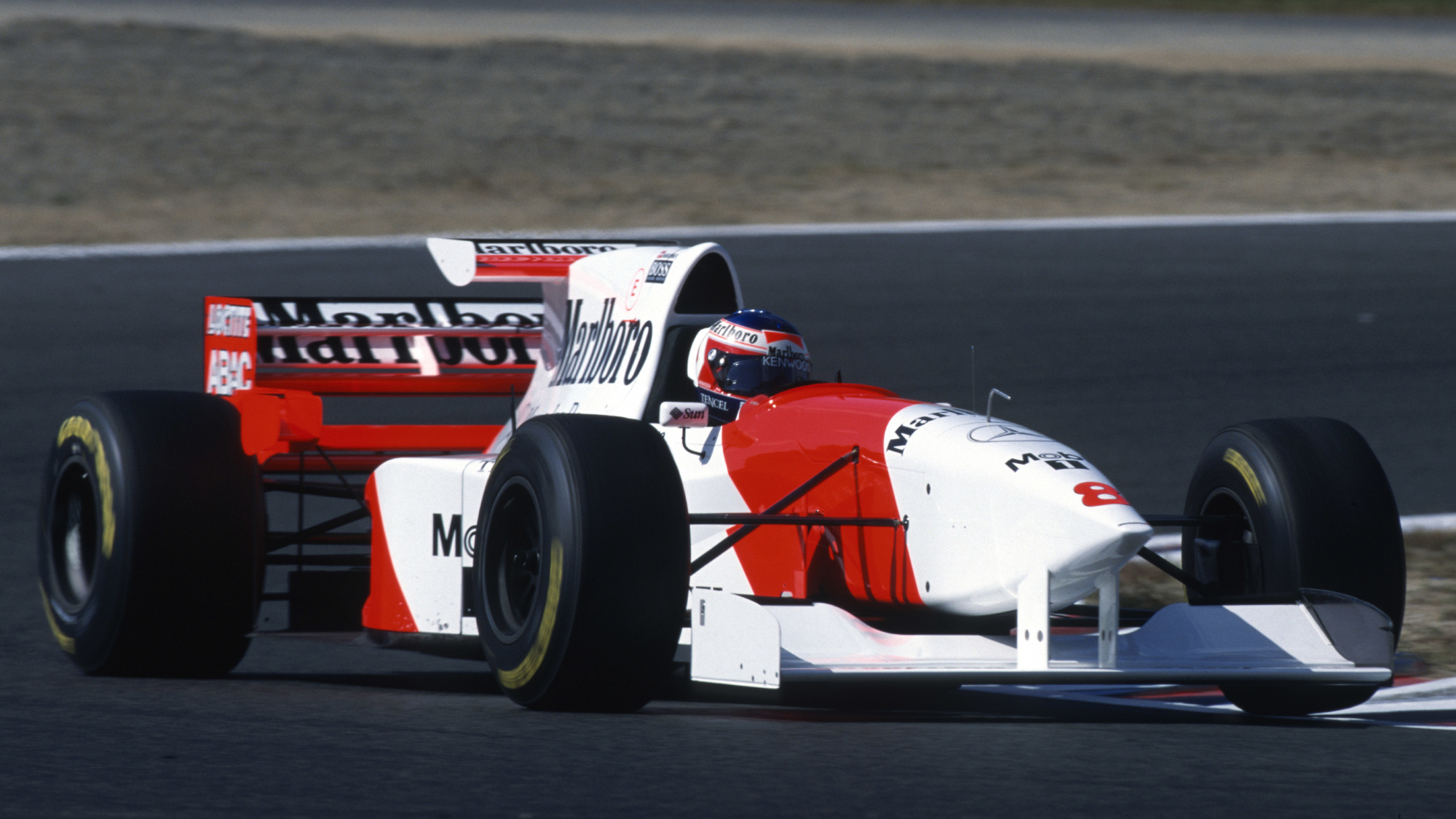 A halfway house between a modern-day ‘T-Wing’ and an additional rear wing, the 1995 McLaren MP4/10 featured an additional winglet mounted to the top of the engine cover. It wasn’t a massive hit and Mika Hakkinen managed the team’s only podium finishes of the season, scoring two second-place results before his massive Adelaide crash. Ferrari ran a similar wing on its SF70H during the 2017 season. 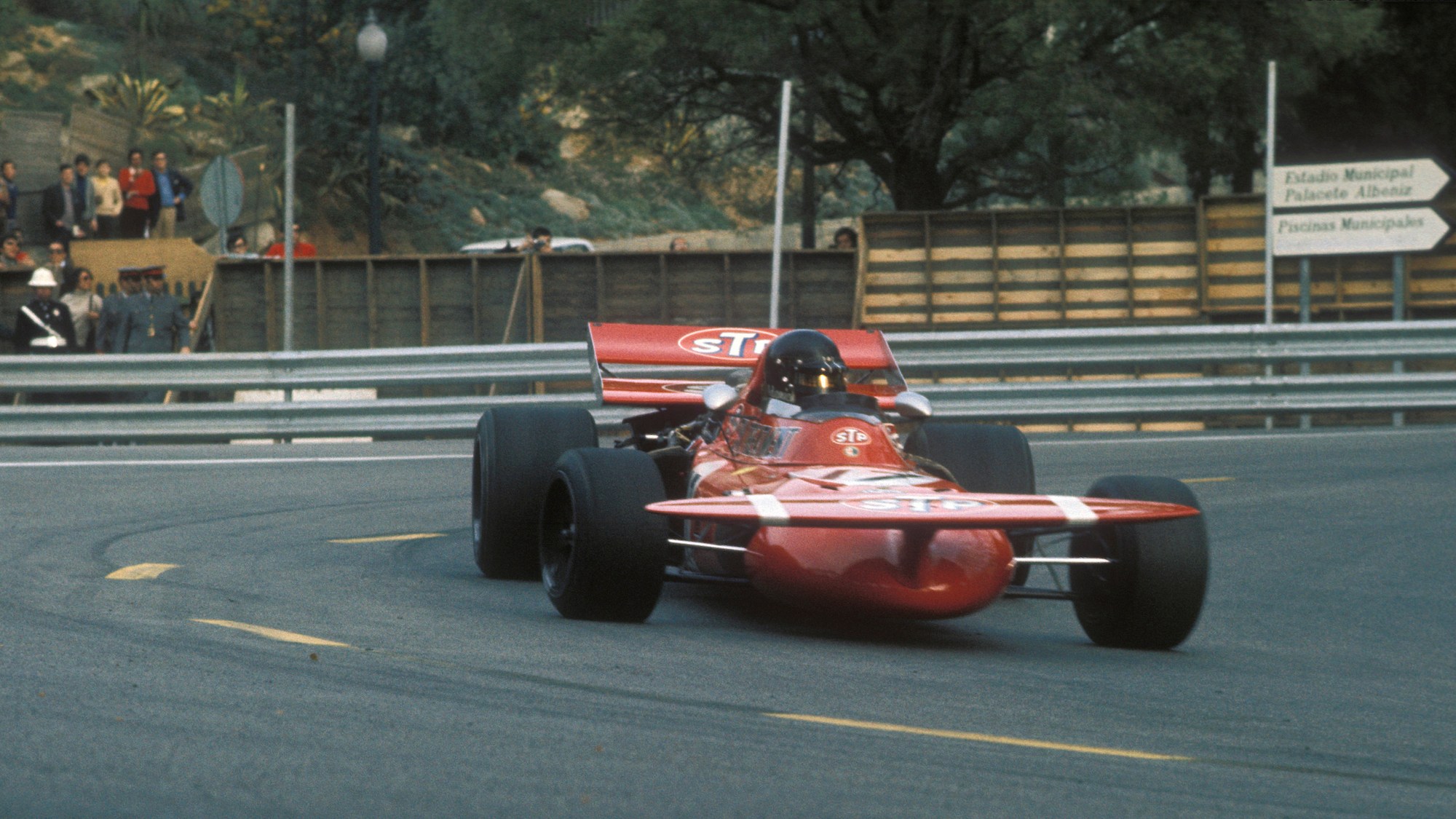 The March 711 featured a distinctive front wing design. Held up by a single mounting point on the front of the car, the unique design took Ronnie Peterson to four second-place finishes during the 1971 season as the team ended the year fourth in the constructors’ standings, tied with Ferrari for third on 33 points. 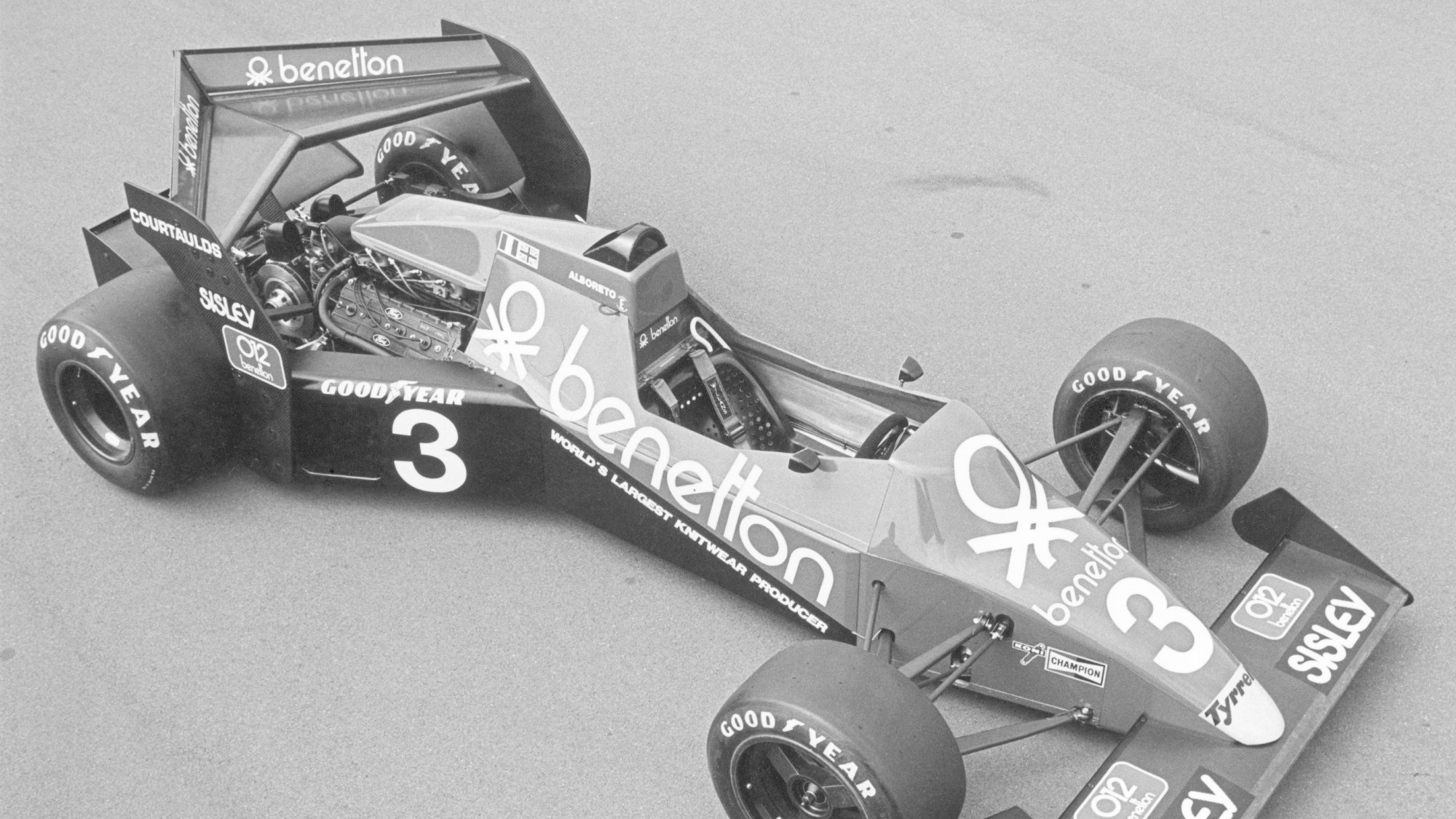 Another effort from Tyrrell, this time focused on the rear of the car. 1983’s 012 featured a boomerang-style rear wing for one race weekend. Michele Alboreto’s car was the only one to use the wing during Austrian Grand Prix practice that year, though it did pop up at a tyre test later that same year. 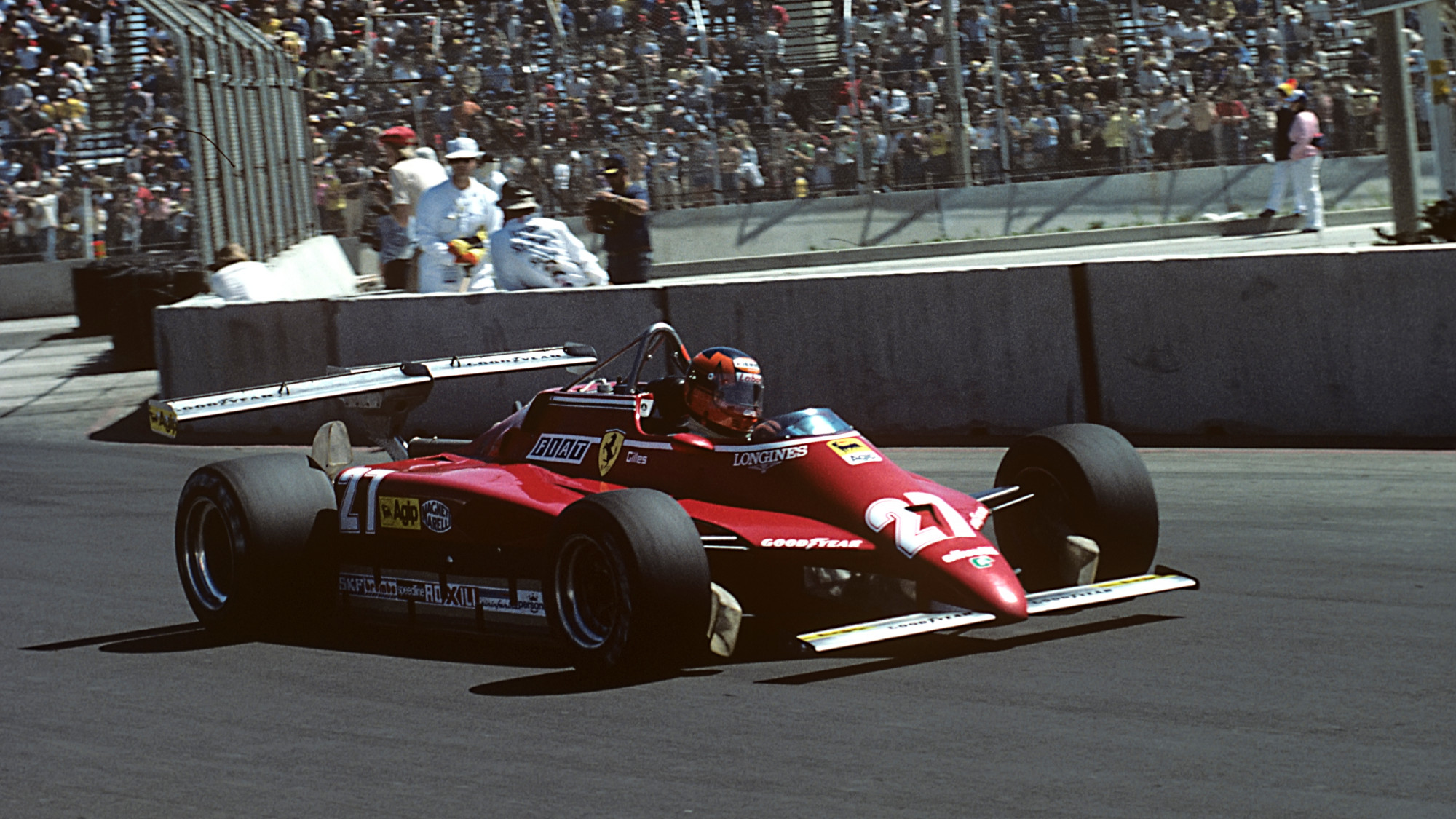 It wasn’t just the garagistas of the era that got creative with their wing designs. For the 1982 US Grand Prix West, Ferrari ran a double rear wing on Gilles Villeneuve’s car for the race aimed at extending the width beyond the parameters of the rulebook. The Canadian earned a podium finish in third but was disqualified after the chequered flag had fallen. Tyrrell’s protest against the staggered wing design was upheld by race stewards. 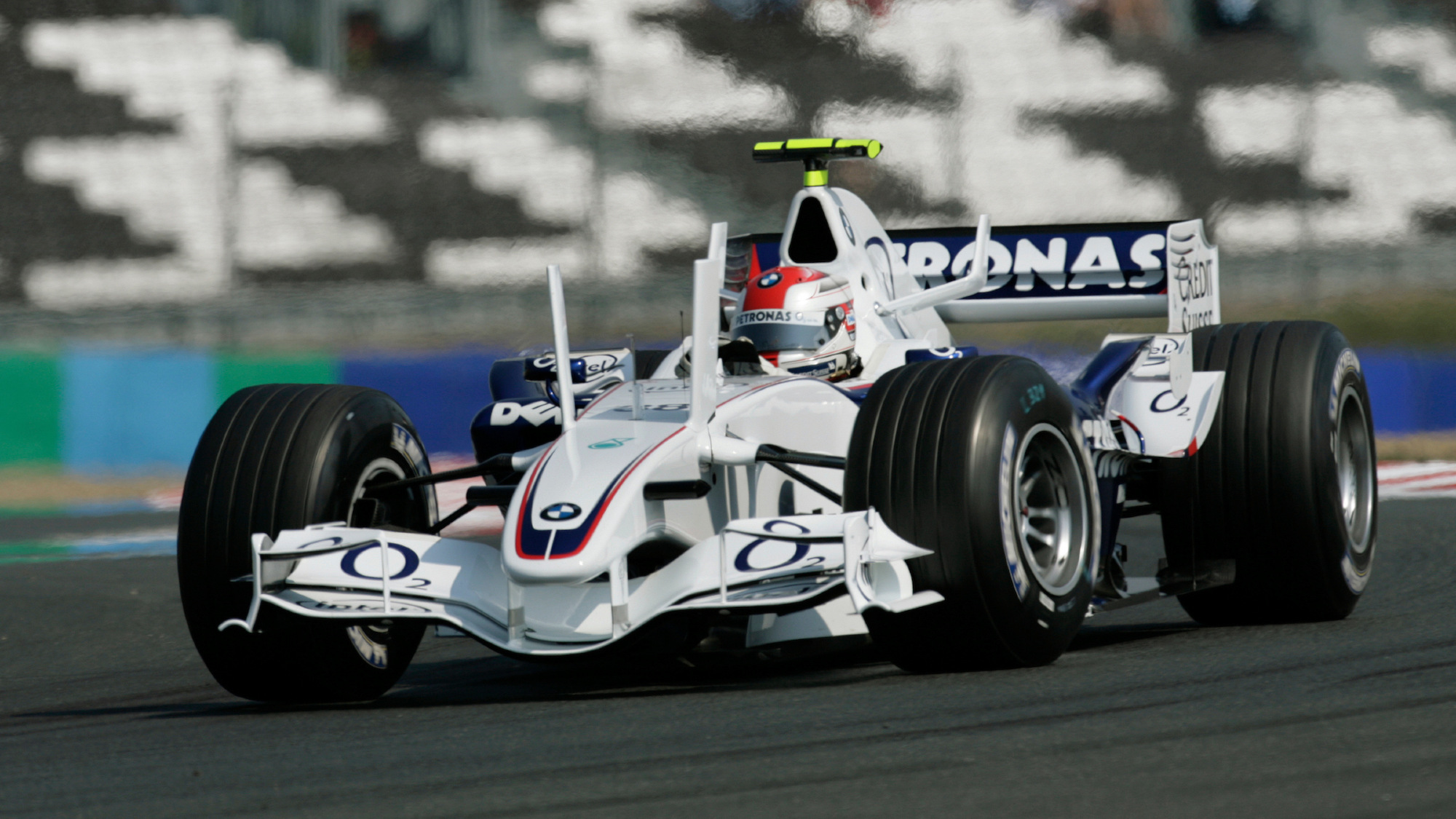 For the 2006 French Grand Prix, BMW Sauber unveiled a set of vertical fins fitted to either side of the cockpit ahead of the driver. The team tested the innovation ahead of the race but did not run the wings and, after the race at Magny-Cours, the FIA banned the devices citing them as a safety issue due to reduced visibility. 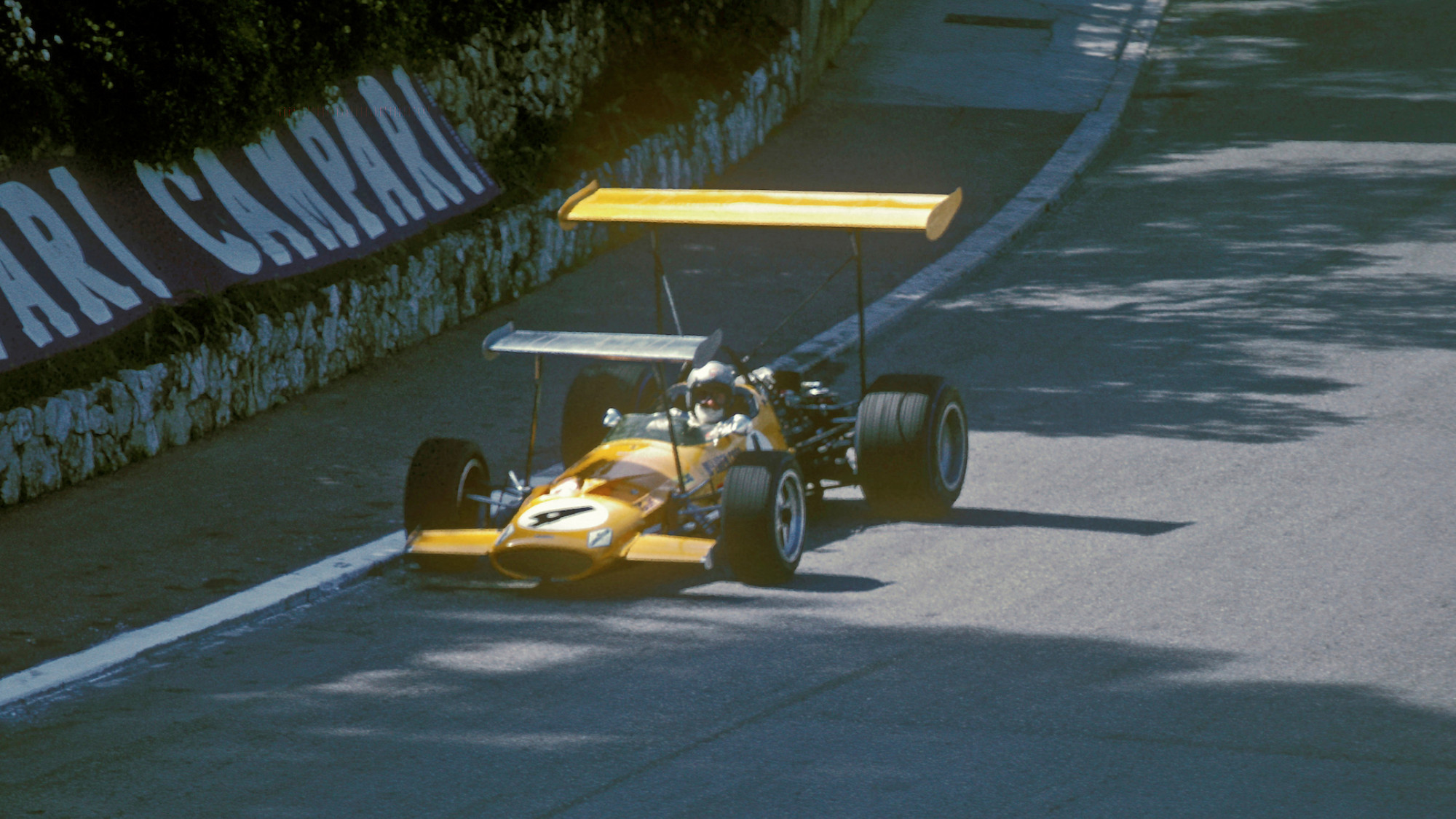 In the pursuit of downforce, Formula 1 wings continued to sprout out and grow in size but McLaren’s efforts were quite something. Already sporting a deep and tall rear wing, the M7C ran with a high front and rear wing mounted directly to the suspension in 1969. The wings were banned for the race itself in Monaco but would return later in the year.