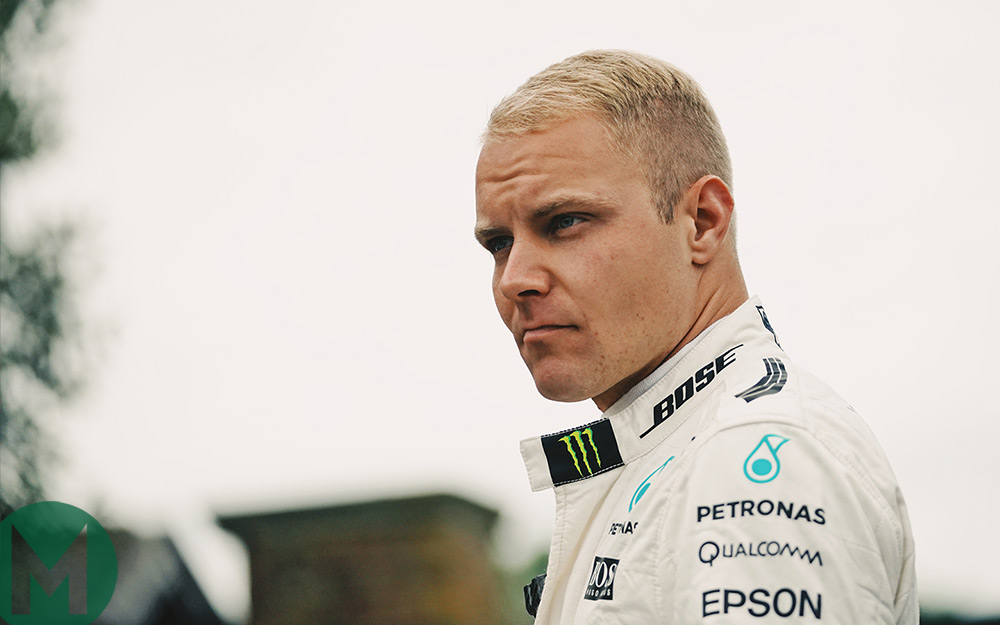 When you have a team-mate as high-profile as Lewis Hamilton, it’s easy to play the quiet game and let opportunity come your way. And that’s just the way Valtteri Bottas is happy to have it. “I don’t mind at all,” he says, when asked how it feels to share the billing with someone with so obvious ambitions to transcend his sport. “Everyone is different and has their own way of doing things. For me it is just a bit more… quiet,” he adds with a nervous grin.

So goes the strong and silent Finnish stereotype of course, versions of which we’ve seen before in countrymen Räikkönen, Häkkinen and many others. They say you know you are talking to an extrovert Finn when he stares at your shoes when he’s talking to you, not his own, and Bottas is true to type. He’s quietly spoken, modest and seemingly lacking the arrogance you might expect of someone in the midst of such a rise.

Indeed, Hamilton may currently be enjoying the feeling of having neutralised Vettel’s championship lead at Silverstone, but before he gets too comfortable he might want to look closer to home for another threat to him and his fourth title. Bottas’s sheer steeliness and quiet self-confidence is positively intimidating. And this is in the relaxed setting of Mercedes’ hospitality at the Goodwood Festival of Speed, the round-table interview conducted with minimal supervision and Bottas free – or trusted – to speak openly without the kind of micromanagement or PR interventions you might expect.

At Sochi he finally delivered on the promise his career has shown thus far by taking his first step onto the top of the podium. Since then he has tasted victory again and delivered a stellar drive in the British Grand Prix, battling through to second from ninth following a five-place grid penalty for a gearbox swap. It was a performance that was supportive of his team-mate’s championship ambitions yet also demonstrated the potential to upset them. It also suggests Hamilton may have an even tougher fight on his hands than he did against the occasionally petulant Rosberg, especially if the championship comes down to a two-horse race between the Mercedes drivers. Bottas’s driving may not have the heart-on-the-sleeve flamboyance of his team-mate, but he has a calculating streak and an ability to stay calm under pressure that enables him to capitalise on every opportunity.

Not that Bottas is going to be drawn into a conversation about potential rivalries within Mercedes. He speaks readily of the teamwork and mutual respect between himself and Hamilton, and this seems totally sincere. He knows he’s the new boy and the pecking order in the team. But, in a recurring theme, he also makes it clear he’s ready for the fight if it does come. “We still haven’t had battles on the track,” he admits, “but I’m sure there will be. And I’m sure we can keep things on the track.”

Clearly he’s already thought through the possible scenarios the season could bring, in and out of the car. This natural intelligence is matched with raw ambition nurtured in his earliest years. “I started in a kart when I was six,” he says, “so all my life I’ve been racing. When I was a kid I tried to drive anything, snowmobile, quad bike, whatever had an engine. I tried rallying, it’s good fun. But for me it was always about Formula 1.”

While he enjoys the F1 lifestyle in Monaco, it’s clear he doesn’t need the validation of celebrity. “I like going back to Finland and staying by a lake in the summer house and not seeing anyone for a few days,” he laughs. Even his car choices show a level of pragmatism: his pick from the Mercedes range for his Monaco daily is a C63 AMG Coupe. Why? Because it is fun on the back roads but big enough to pick up friends and luggage from the airport if required. Or fit his shotguns in the back if he wants to go out and do a bit of clay shooting. Because who needs a signature, one-off hypercar when you can have an AMG with firearms in the boot…

“I’m not really a big fan of supercars like Lamborghini or Bugatti,” he says. “I think it’s a bit much. I like Mercedes, of course, and I love Porsches. I have a 911 4S in Finland, you can still use it every day. It’s not like Monaco so if you’re going to the local food market… I’d just feel bad and I don’t like too much attention. I think that’s the way it is in general, we Finns don’t like to make a lot of noise about ourselves. Keep it low.”

Those characteristics seemed to serve him well while he learned how to work with a new team. A natural engineering curiosity – he trained as a mechanic and worked as a Jaguar service engineer to support himself early on – means he’s keen to understand the car he drives. This has helped him get to grips with a new team, new jargon and new ways of doing things. “In F1 it is all about the details,” he says, “and if you can’t be on the limit in every single corner you are off the pace.”

Learning those details took a little longer than he initially expected but the investment would appear to be paying off handsomely now.

And now here he is, a winner of Grands Prix. Is the step from being on the podium to being at the top of it a big one psychologically? Predictably the answer combines passion and pragmatism. “It was something I had been dreaming about since I was a kid,” he admits. “It is a big step going from being second or third to winning. I’m glad it came early in the season and I know I can do it, the team knows I can do it and it’s an amazing feeling.”

He’s sincere in his excitement. But you sense he knew it was just a matter of time. Not through a sense of entitlement, though the dominant car made it a formality, just the self-assurance that he knew he had it in him and the opportunity would come to him. He also knew that Sochi was no one-off, as he proved in the races that followed.

Is there anywhere else he’d really like to take victory? “Everywhere this season is somewhere I can win,” he says without hesitation. “But Monaco would be special some day. And Budapest as well, because there are so many Finns there.”

He clearly thrives on challenges; he likes the fact the current cars are harder to drive and force drivers into more errors. The same goes for the tracks, he finds the high-speed traditional circuits like Spa or Suzuka where mistakes have consequences more inspiring than the ones “like car parks with painted lines.”

As a man, Bottas is quietly passionate, sharp and engaging. As a competitor, scarily confident and unflappable. Cometh the moment cometh the man. Bottas may be about to make the 2017 season rather more interesting and his team-mate’s life a tad more difficult.