Remember when the Formula 1 season used to finish in October? It wasn’t that long ago. In fact it was the norm in the 2000s, before the date began slipping into November towards the end of the decade. Then since 2019 the season has broken into December, last year’s Abu Dhabi finale running as late as December 13, this one concluding a day earlier. So how about a Christmas Grand Prix? I’m not sure I’d put it past F1’s American promoters.

Then again, there is a distant precedent for New Year grands prix. Infamously, the 1962 and ’63 seasons were stretched to December 29 and 28 respectively by the late scheduling of the South African Grand Prix at East London, before the race switched to the start of the season – on New Year’s Day 1965. That’s one way to clear the Hogmanay hangover.

Far back in the 1950s, the F1 world championship season tended to finish in September at Monza, although there are exceptions: 1951 and ’54 (October 28 and 24, Spanish GP at Pedralbes) and 1958 (October 19, Moroccan GP in Casablanca). Then in 1959 the advent of the US Grand Prix stretched the season into the final month for the first time – December 12, the same date as this year’s finale, at the Sebring airfield course. In 1960, the race switched to sun-streaked California for what turned out to be a one-off at Riverside, before the US GP found its natural home way out east, at Watkins Glen in the Fall. That Riverside singleton ran on November 20, 61 years this coming Saturday, as another new venue, the Losail circuit in Qatar, takes its F1 bow. 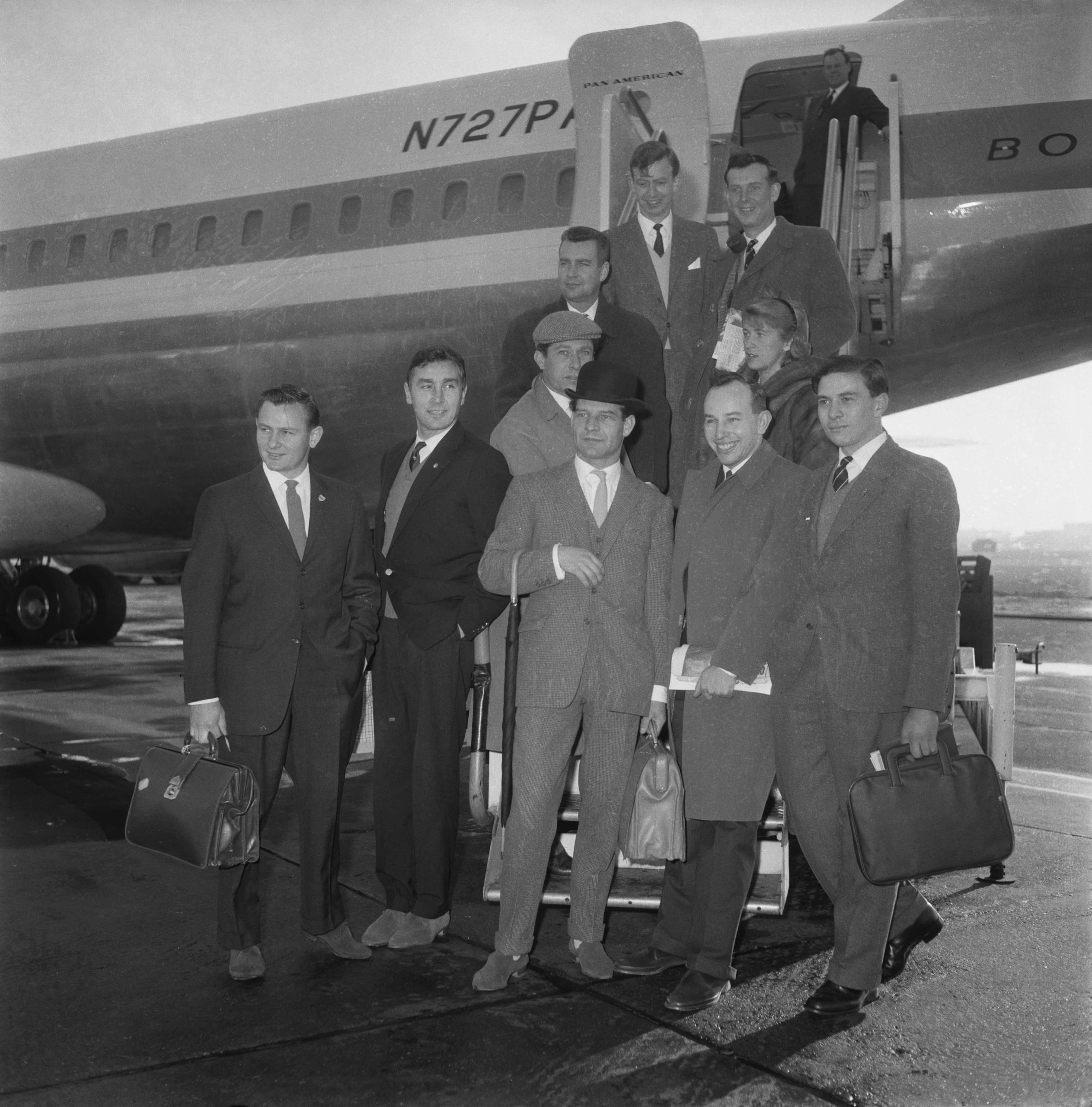 Riverside’s one and only F1 world championship grand prix remains a historic curio for a number of reasons. First, it was the final race of the 2.5-litre era before the little 1.5-litre formula kicked in at Monaco in 1961; second, Ferrari didn’t bother to show up (so much for its continuous F1 history); third, Stirling Moss scored his first points-scoring F1 victory since returning from the serious injuries he incurred at Spa. Stirling’s diary recorded: ‘18 June, 1960: Shunt. Back. Legs. Nose. Bruises. Bugger.’

At Riverside in November, Michael Tee was on duty for Motor Sport, writing the words as well as taking the pictures as Denis Jenkinson took a leaf from Ferrari. Michael’s report remains a charming time-warp from a simpler time.

He describes the track as an “artificial road circuit running over the undulating desert for 3.275 miles” and talks of hot gusts of wind driving fine sand across the track. Not unlike Bahrain, then.

There were three days of practice, without sprint races or any other made-for-TV gimmicks to break up the track action as Moss set the pace in Rob Walker’s Lotus 18. Next up were the works Coopers: Jack Brabham – already confirmed as a two-time consecutive world champion – Bruce McLaren and Ron Flockhart. Team Lotus had a young Jim Clark, sensitive John Surtees and garrulous Innes Ireland on hand – the works team remarkably still a year away from its first F1 points-paying victory, courtesy of Ireland at The Glen, despite Moss’s successes with Walker’s Type 18s. Meanwhile, Ferrari had released Phil Hill and Wolfgang von Trips to race for Yeoman Credit and Centro Sud respectively.

The race began on the Sunday at 2pm, according to Tee, with Brabham shooting into the lead from Moss, the BRMs of Dan Gurney and Jo Bonnier, with Ireland heading the Team Lotus trio. Innes was still very much ‘head boy’ at this time compared to first years Clark and Surtees, the latter soon walking away from what he would later realise was the most competitive drive of his career, in the wake of tensions with Ireland and puppet master Colin Chapman. And his Lotus career didn’t end well: Surtees spun on lap four, was collected by Clark and retired. Jimmy recovered for repairs but was far too delayed to be a factor. 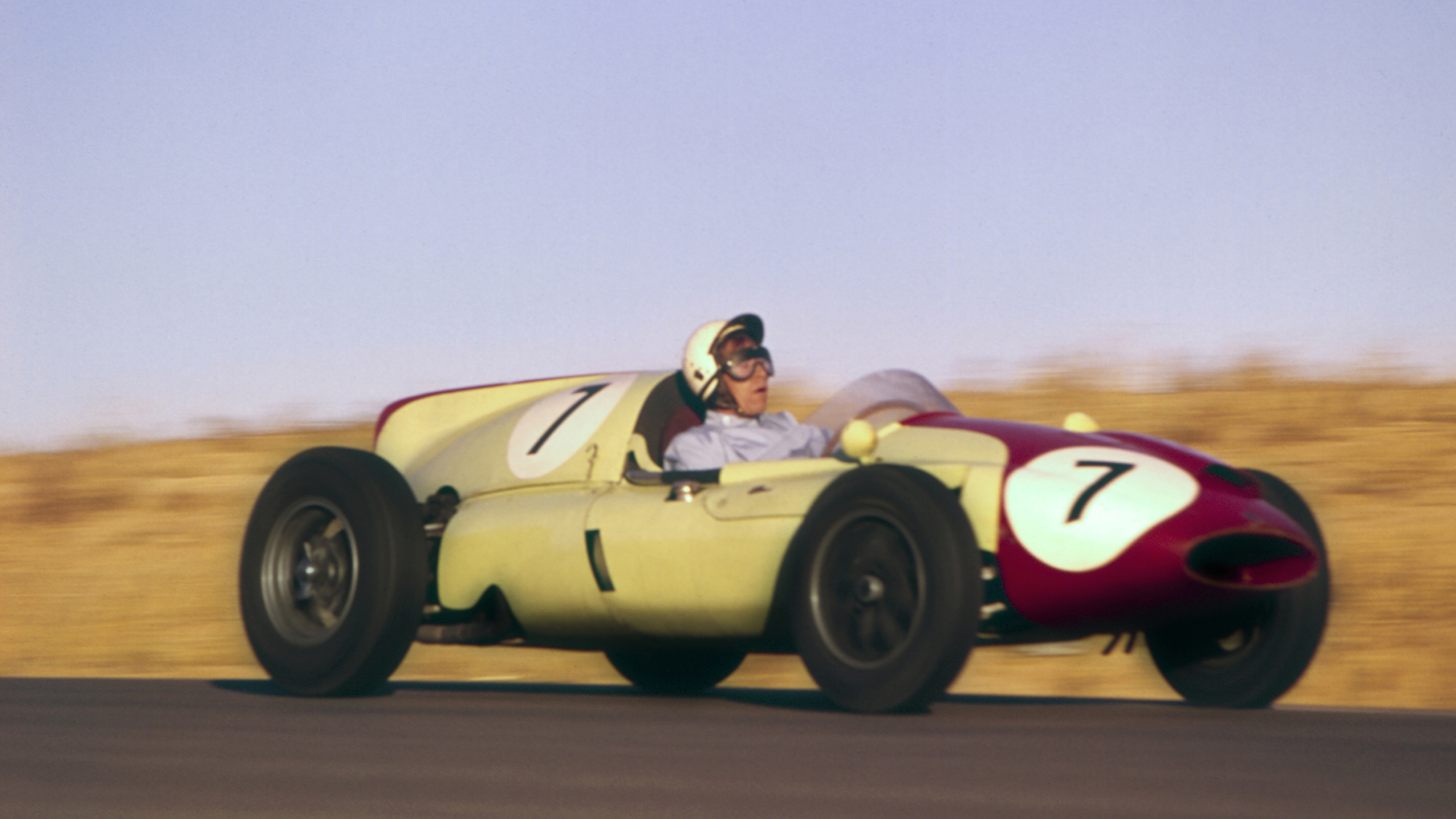 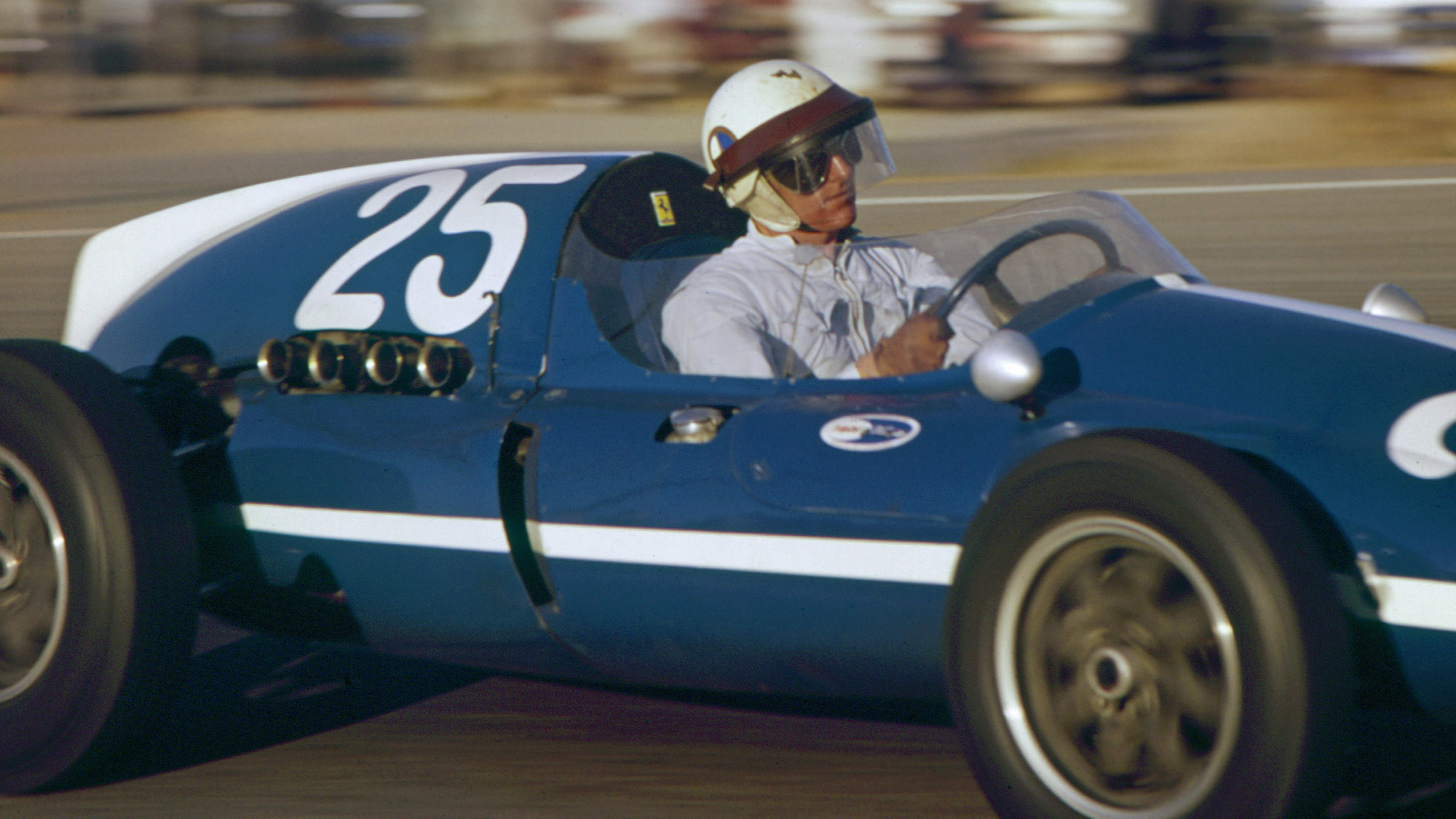 Then… “Drama struck again on the fourth lap. Brabham had just come out of the straight when there was an explosion which nearly blew him out of the car and a sheet of flame scorched his back.” The world champion pitted but rejoined, until it happened again four laps later. Fuel was surging out of the overflow pipe into the undertray and as the car accelerated it was sloshing back and flashing up off the hot exhaust.

Brabham being the tough Aussie he always was still came back from his flash fires to finish fourth. But his flare-ups handed the lead and ultimately the victory to Moss and his Walker 18. So Stirling won the final race of the 2.5-litre era – then the following May, claimed the first of the new era too, with his famous defeat of the new ‘Sharknose’ Ferraris at Monaco.

At Riverside and without Brabham to worry about, Stirling finished 38 seconds up the road from Ireland, with Bruce McLaren third ahead of Brabham. Other notable entries that day included Tony Brooks in a Yeoman Credit Cooper (he spun out, his best F1 days already behind him); Graham Hill, who retired mid-race after a mostly miserable season at unreliable BRM; American Pete Lovely in a Ferrari-powered Cooper (so the Prancing Horse was represented after all); and Chuck Daigh in his Scarab, Lance Reventlow’s pretty but outdated front-engined racer that was back in F1 for the first time since the French GP. Daigh made the finish in what turned out to be his third and final GP, three laps down.

Then there was Jim Hall, future father of downforce, who made his F1 debut in a self-run Lotus 18. The Texan would later prove, in his only full F1 season with BRP in 1963, that he had the chops to be contender on the grand prix stage, and the signs were obvious right here. He ran fifth having qualified 12th until late gremlins left him pushing his Lotus over the line to a classified seventh. But Hall was destined for motor sport greatness in other measures beyond the confines of F1 – even if his high and wide-winged Chaparrals would show the Europeans the way to their own futures, too.

As for Tee, he completed his report with a gripe worthy of DSJ himself. “Some of the organisers could do well to come and study European racing a little more and use a few grown-up marshals,” he complained. “The commentary was annoying in its inaccuracy and its continuous volume, also in its continual reference to a silly star system for drivers which was taken from an English weekly periodical, and which most people connected with the sport ignored.” So there!

Riverside has long since disappeared under Californian real estate, and now, 61 years later, we await the first grand prix in Qatar, the first in a trio of Middle Eastern races to finish what should be considered one of the best F1 seasons ever. But Losail in November… it doesn’t quite have the same ring to it, does it?