One of the greatest drivers never to have won the world championship, Tony Brooks' natural talent and smooth style took him to victory at some of grand prix racing's most testing circuits

Where to rank Tony Brooks in the list of greats? Never World Champion and a winner of just six grands prix but he was one of the finest talents the sport has seen.

His win rate was better than many grand prix champions, having emerged victorious from 15.8% of the world championship rounds he started, but alongside England’s rich vein of drivers during the late 1950s (Stirling Moss, Mike Hawthorn and
Peter Collins), Brooks is often forgotten such was his modest demeanour and understated presence.

Tony Brooks’ father was a dentist and he was planning to follow the family profession when he began racing a Healey in 1952. National success followed with a Frazer Nash and the student travelled to Sicily for his second overseas race (he had retired an Aston Martin at Le Mans) – the 1955 Syracuse GP.

It was a non-championship event but a British car had not won such a continental Formula 1 race for 30 years. With limited experience in British non-championship F1 races that year, Brooks scored a commanding victory for Connaught and that success was met with euphoria back home and new found fame for the unassuming youngster.

Brooks signed to drive for BRM in F1 and Aston Martin in sports cars in 1956. Second in the BARC 200 at Aintree, he made his championship debut at Silverstone in the British GP. He ran second behind team-mate Hawthorn early on but his throttle stuck open approaching Abbey on lap 40. His green BRM somersaulted into the bank and caught fire with Brooks thrown clear. He broke his jaw in the accident but was fit enough to race at Le Mans a fortnight later when his Aston Martin retired in the final hour.

It was 1957 when Brooks truly arrived and there were moments when he was the class of the field during the next few years. He joined Vanwall and was second at Monaco behind Juan Manuel Fangio. Victory for Aston Martin a week later in the Nürburgring 1000Kms prompted talk of a new star. But Brooks was injured during the Le Mans 24 Hours after his Aston Martin DBR1 had run as high as second. It stuck in fourth gear approaching Tertre Rouge and Brooks was pitched into the barriers and rolled. 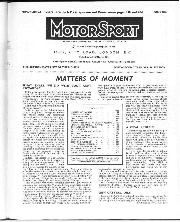 What shall we do with poor Anne Edwards ? Columnists writing for the sensational newspapers have the power, if not the right, to express themselves forcibly on any subject they…

He returned for the British GP at Aintree and qualified on the front row despite feeling unwell following his Le Mans accident. Vanwall team-mate Moss led at the start but developed a misfire. Clearly not well, Brooks had slipped to ninth so the drivers swapped machines. The sick engine finally expired with Brooks at the wheel but Moss charged back through the field. He was running fourth on lap 70 when Jean Behra’s leading Maserati 250F blew its clutch, Hawthorn punctured a tyre on the debris and  Moss overtook team-mate Stuart Lewis-Evans. In a matter of a few eventful minutes, the Brooks/Moss Vanwall had gone from fourth to first and Stirling completed the remaining laps to record the first world championship GP victory for a British car.

Better was to come in 1958 when Brooks proved the perfect team-mate for Moss. He was fastest in qualifying at Monaco and won three times when his countryman’s car failed. Brooks was third in the world championship and helped Vanwall clinch the inaugural constructors’ title.

Despite that success, Vanwall withdrew from the sport at the end of the season so Brooks made a late switch to Ferrari for 1959. His season began with another second place at Monaco despite Brooks being ill due to petrol fumes. He used the prodigious straightline speed of the Ferrari Dino 246 to score start-to-finish victories at Reims and Avus and trail Jack Brabham by just four points after that German GP win. But a broken piston at the start of the Italian GP thwarted his title challenge and Brooks finished as championship runner-up.

Now married and with a successful garage business in Weybridge, Brooks raced a year-old Cooper T51-Climax for the private Yeoman Credit team in 1960 with fourth at Monaco his best result. He joined BRM for the following season and was a fine third at Watkins Glen on what was his final GP appearance. Brooks retired to concentrate on his business and his young family.

By the time he sold the garage in 1993, it was a Ford main dealership employing over 100 people. Brooks remained in the background, although he was put into the spotlight at the 2008 Goodwood revival, which celebrated his talent with a line-up that included most of the cars he had ever raced. 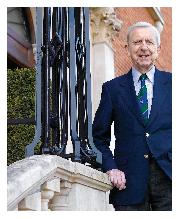 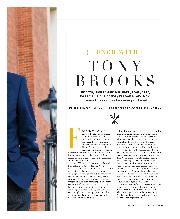 In terms of finding a decent place to stay, Magny-Cours is not the best grand prix venue in the world. Thus, when we discovered, some years ago, a quite exceptional…