Sponsors may be coming back to F1, and for good reason 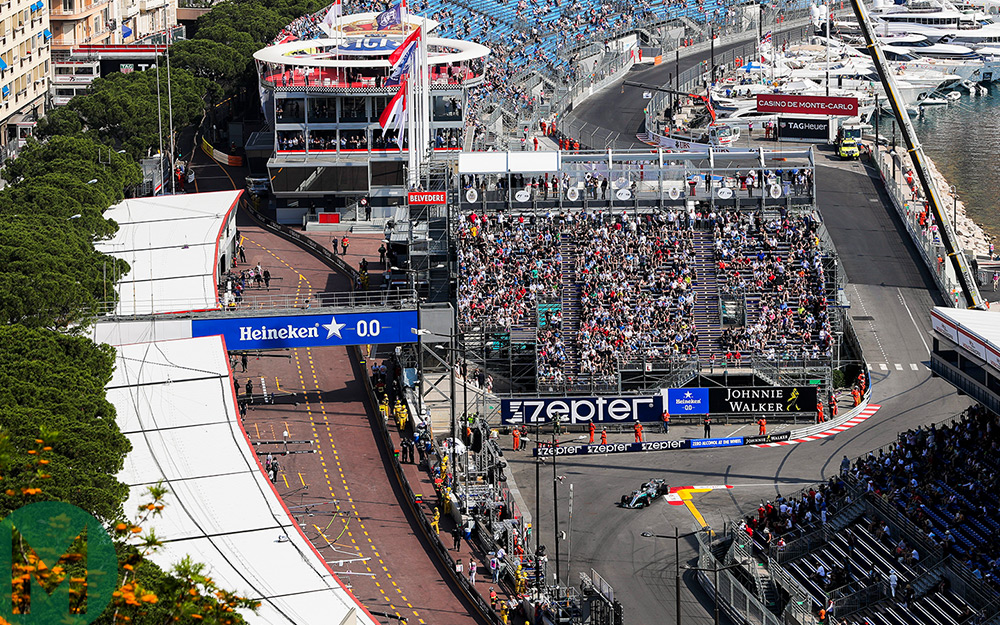 Bernie Ecclestone’s infamous interview three years ago in which he claimed Formula 1 doesn’t need the younger audience may now be even wider of the mark.

“Young kids will see the Rolex brand,” he told Campaign Asia-Pacific in 2014, “but are they going to go and buy one? They can’t afford it. Or our other sponsor, UBS — these kids don’t care about banking. They haven’t got enough money to put in the bloody banks anyway.

“Now, you’re telling me I need to find a channel to get this 15-year-old to watch Formula 1 because somebody wants to put out a new brand in front of them? They are not going to be interested in the slightest bit.

A recent survey carried out by CSM Sport & Entertainment suggests otherwise. Much of F1’s viewership is younger than half that age, and has plenty of cash according to its findings.

The research found six groups, the largest being ‘New Wave’ – some 260 million strong. Interestingly they are more likely to attend the race rather than watch on television, which puts heavy emphasis on the many boardings that line the circuit. And if the boardings are disruptive for those not in grandstands, the ‘New Wave’ wouldn’t notice – they’ll be the ones in the grandstands if not hospitality. 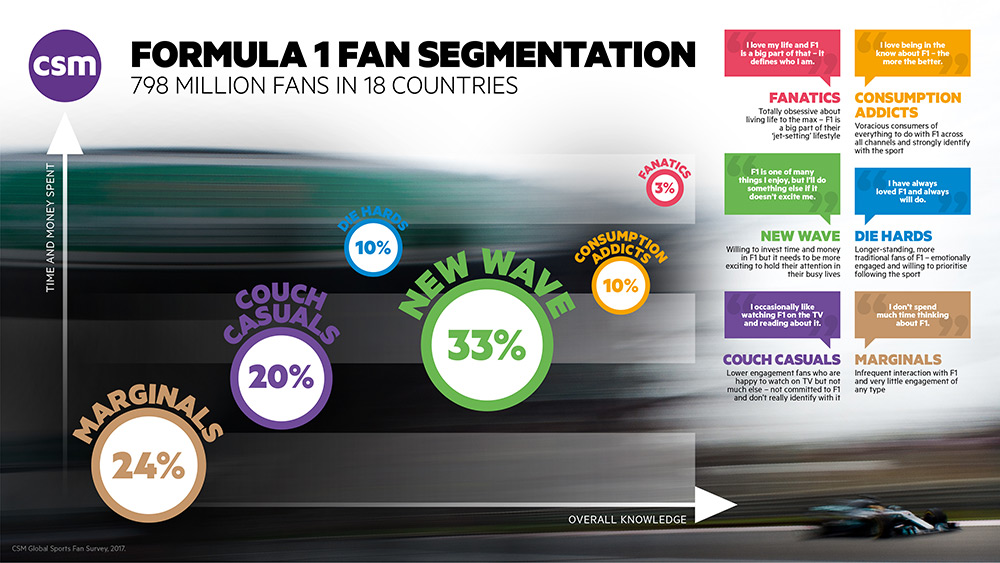 But the advertising boards seemingly work: more than 40 per cent have become aware of a brand solely through F1’s sponsorship. The brands receive a boost, too, almost half of the 260 million in the group believe F1 improves the image of its sponsors. Liberty’s acquistion appears to have coincided with more sponsors being plastered on cars, Sauber aside, and this will only have helped matters. Just this week, Martini has made a splash by bringing back the distractive billboard that – it claims… – played a part in Lewis Hamilton‘s qualifying crash in 2009 at Monaco.

The most revered liveries were often courtesy of sponsorship from cigarette brands, and those brands are often still looked back on with a positive spin, so this might be nothing new. But in recent years sponsors had been falling away from F1 in droves.

One thing Ecclestone did get right was the lack of social media consumed by its biggest audience. But the new era of F1 has seen an obvious shift towards Twitter and Facebook, with a news release fired out every Monday extolling the success and reach of F1 every race weekend. For the average fan the new approach has been excellent: highlight clips, short videos and photos have made F1 more accessible than ever for those not inside the gate.

CSM believes the focus on social could ‘alienate a large portion of the ‘New Wave’, unless there is a move away from the drier results and quotes. Working in partnership with sponsors to utilise more sponsor-led content could in fact recruit more of the ‘New Wave’. Fans at and away from the circuit are no longer out of the loop if they’re not near a screen and serving relevant and engaging content direct to their phone from a multitude of sources will only enhance their experience. Likewise, the ‘Fan Festival’ introduced by Liberty at the Spanish Grand Prix will be well received. It’s the kind of fan area found at every other major race event, with simulators, pitstop challenges and the like, meaning the F1 experience is expanding for those at the circuits. No more will it be a case of waiting around for hours until 1pm for the big race and then quickly heading for the exits once the flag drops.

The Liberty changes have been noticeable, and you suspect Chase Carey and co. won’t be heard uttering Bernie-isms while it’s growing its lucrative sponsor base. Especially now that it seems to be working. 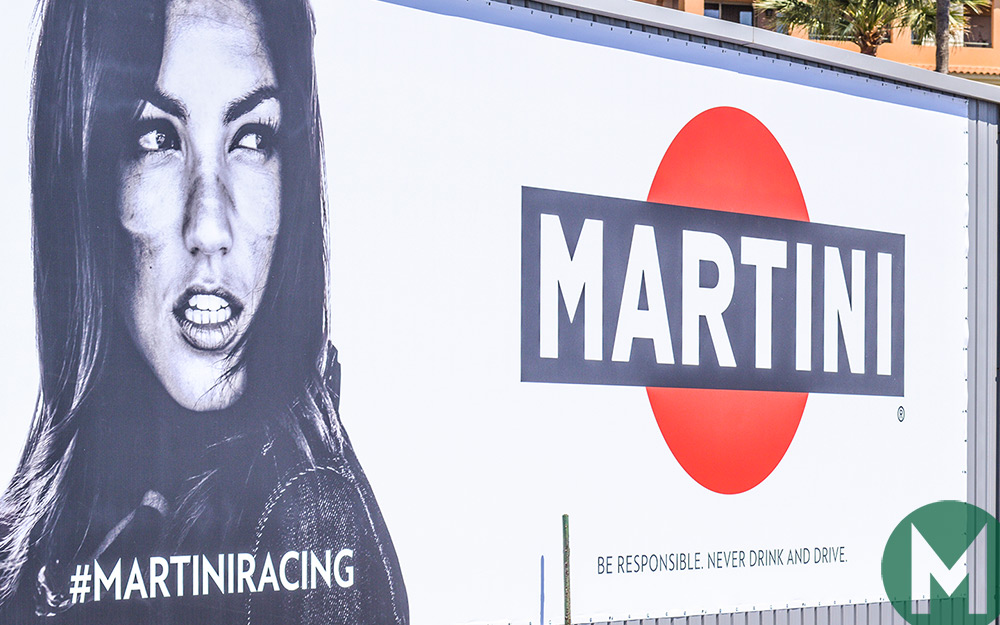