It didn’t start at the Abu Dhabi Grand Prix. If the safety car procedure at the end of the race had been the first controversy of 2021 then it would still have (rightly) exploded into outrage and the need for answers. Way before we got there, though, the season had taken a turn towards a fever-pitch level of online activity it’d be way too bland to call “discussions.”

Maybe it was the first genuinely contentious championship fight of the social media era that did it – the last time there was a close fight was 2013, when F1 grudgingly had a basic website and all 15 of us talking about it on Twitter were personal friends. The series was relatively slow to adopt being online, Bernie Ecclestone famously saying there was no point in social media, so it didn’t have the presence that the Premier League or international tennis does – and to be fair, Formula 1 will always be a niche compared to either of those anyway.

Maybe it was the way any discussion online has hit a frantic note while we’ve all been cooped up for two years unable to go outside and touch grass to calm down. Maybe it’s a perceived rift between old school and newer fans of F1 or maybe it’s just the sort of intense fandom rivalries that see people beating each other up outside sports games and tearing each other’s hair out over members of the same band. Maybe the season was just too goddamned long for anyone to be saying anything sensible about it at all by the end.

It doesn’t really matter what it was in the end because the touchpaper was lit and the fireworks over the Abu Dhabi finish line were nowhere near the end of the explosion. Everyone from middle aged blokes called Davey29043 to teenage girls to minor or even major celebrities is doing what, a few years ago, F1 could’ve only dreamed of in terms of impact: talking about it online. Loudly and a lot.

People have valid points. What happened at the Abu Dhabi Grand Prix was wrong and needs to be looked into, properly addressed. Lewis Hamilton and Max Verstappen themselves had nothing to do with it – they raced cleanly on track and where they haven’t, throughout the year, they’ve been penalised. It feels like taking my life in my hands to say this but before Abu Dhabi they’d actually been really balanced in terms of who gained an advantage over who, one rarely retiring without the other and events conspiring to strangely even out.

When Hamilton looked like he’d been given an enormous boon in Baku as Verstappen’s tyre blew out from the lead of the race, he took himself out of the points with a fateful and rare fumble-error. When it looked like the same could happen again in Hungary after the first corner crash, the weird, drying restart sent the Mercedes to the back of the field. Somehow, despite the intense back and forth of the 21 races prior they arrived at the final one dead even.

All through the season people got impatient, from teams and fans to nerve-shot journalists, about the time it took F1 and the FIA to come to decisions. From the stay of execution for Red Bull’s flexi-wing to pressure to investigate Mercedes’ front wing there were plenty of protest and counter-protest.

The processes that sporting bodies – intensely legalistic as they are – use to assess incidents and investigations, especially in the extreme technicalities of motorsport, are very dry. That’s in sharp contrast to the hot anger that incidents spark, within the competitors and for fans. No one watches sport for the legal drama, which is tedious and ceremonial and involves more rubber stamping than victory celebrations.

Broadly speaking, across any subject, online discourse is a poisoned well in 2022. The polarization index developed by US data scientists that monitors division on political issues showed that generally, the extreme differences between people in discussions has stayed at a ‘critical’ level. It’s not granular enough to look into the specifics of fans believing there’s bias against or for Lewis Hamilton or Max Verstappen but some of what it does monitor are topics familiar to F1 in the last two years: racial equity ranks at 88.5 polarization, climate change at 73.8. 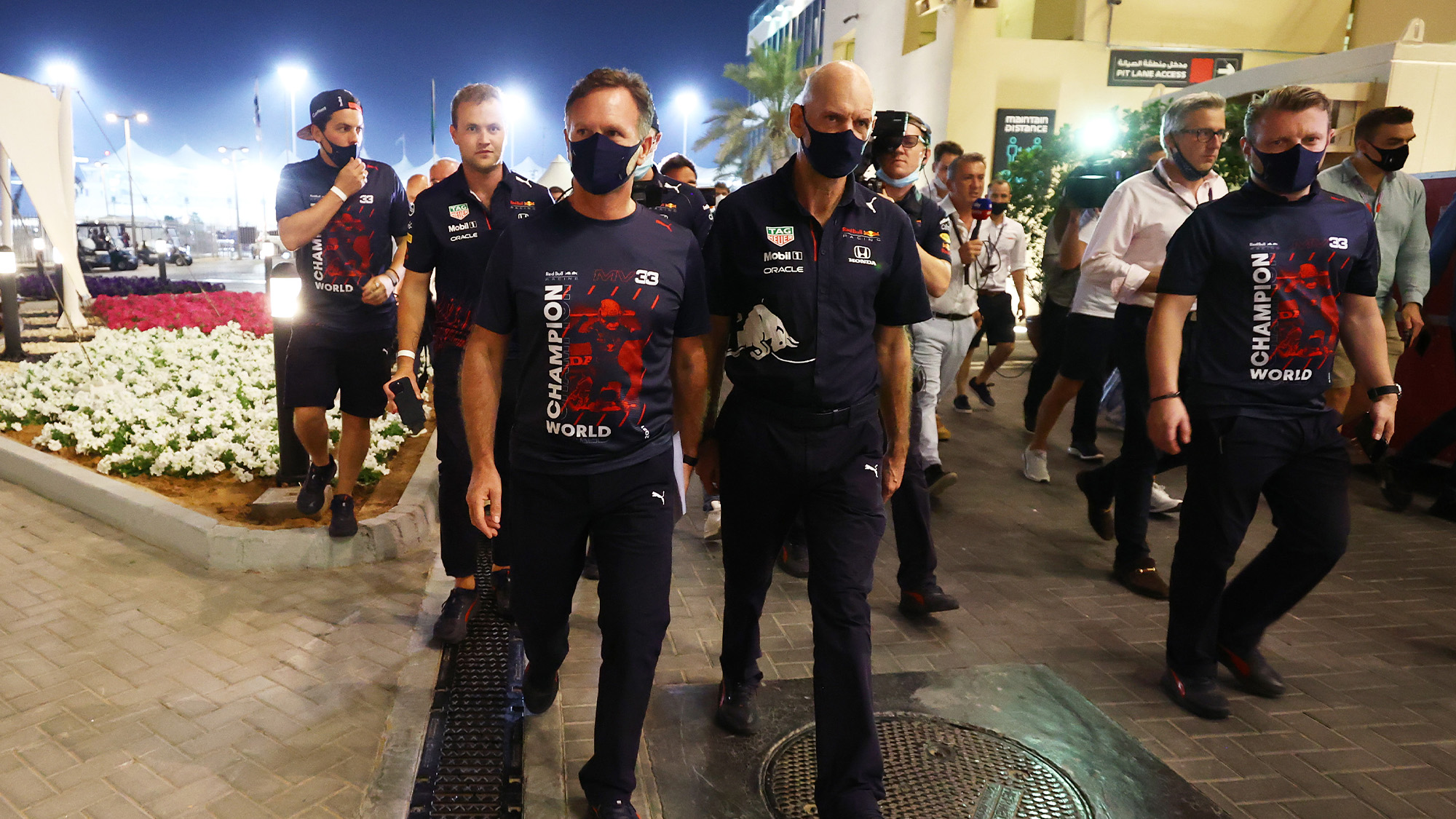 Christian Horner and Adrian Newey walk from the stewards’ room

Anyone who’s moderated the comments on F1 articles in the last year – or made the frankly, pretty grievous error of being a journalist with a twitter account – knows that viewpoints have been getting more extreme. It’s not all fans but there’s enough of a percentage that are deliberate provocateurs: crashmilton or crashstappen determined the moral victors or losers of the title way before it came down to the wire.

Which is how we’ve got where we are right now, with the investigation into what happened at the final race of last year set to conclude immediately before the first of 2022. That might seem like an unimaginably long time except that that’s when the World Motor Sport Council is next set to meet, which is the group that has to sign off any changes to F1’s regulations – which is surely what’s needed to stop it happening again.

Why’s the WMSC meeting then? Well because that was agreed before and if it was gonna meet earlier then – oh yeah – you’d need the WMSC to agree that, which would need it to meet and… You see the problem here. The FIA is a heavyweight legal entity with processes suitable for dealing with the glacial pace of corporate wrangling, which doesn’t mean it’s not doing anything it’s that it’s not used to do it in public.

One of the outcomes from the investigation has to be about the way processes are communicated to fans and teams. From the way that F1’s broadcast to how the FIA talks about what it’s doing and what details are available when. We know the process for the Abu Dhabi report needs to be long and in-depth and involve a vast number of people in F1 in order to make sure everyone gets a fair say and it gets done right, not fast, with a lasting conclusion that’ll help people trust F1 again.

The time it takes for the report to come out isn’t a cooling off period, though. The longer it goes on the angrier people are and although a lot of what’s being claimed is straight-up untrue (from the idea anyone should’ve stopped Hamilton leaving the paddock to sit in an investigation all Christmas to misconceptions about how the FIA leadership works) a lot of the problem is there hasn’t been enough communication to show things are happening. And journalists can tell you that till we get RSI but it’s not gonna calm anyone down.

FIA communications are famously impenetrable; legal language that’s cold and tricky to unpick. That wasn’t right for this, when a clear explanation of what’s been done and what’s going to happen was needed, in plain English – in the age of social media, you can’t rely on what would’ve passed on a paddock noticeboard.