Next Monday the good burghers of its Strategy Group will for a second time within a few months discuss a proposal to allocate drivers with permanent numbers.

This would replace the system of numbering cars according to their team’s final position in the previous season’s constructors’ championship; the only exception being that the reigning world champion’s team carries #1 and #2 no matter what. This logical but clinical method has been in force since 1996 (below). 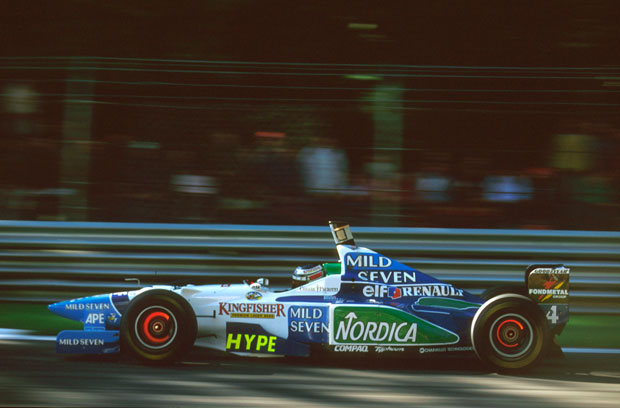 Prior to that, teams were awarded numbers that changed only if and when they employed the reigning world champion; the outgoing champion’s team would then assume the numbers of its successor. This system, initially loosely based on constructors’ positions, was adopted partway through 1973.

And prior to that, individual Grand Prix organisers scattered numbers like confetti.

Money lies at the root of the latest debate, F1 having apparently cast an envious eye at the marketing impetus of #46, #93 and #99 in MotoGP. You know who they are. Bingo!

Where it all started

It was NASCAR, however, that paved the way. Richard Petty’s 200th – and last – victory is fast approaching its 30th anniversary and yet his #43 – it is teams that own the numbers in NASCAR – continues to possess a powerful symbolic and therefore financial meaning. 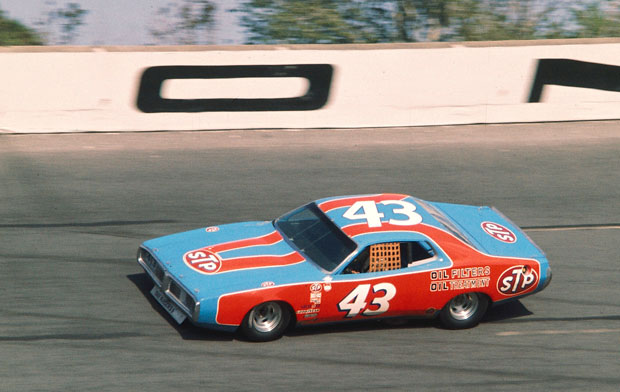 Now F1 wants its own combination to unlock similar potential.

But does it have the patience? Petty won more than 190 races when carrying #43. It took a long time and a lot of hard work for his number to come up.

The latter was displayed by James Hunt’s Hesketh-run March, Mario Andretti’s Parnelli and Alan Jones at Williams, before Ferrari’s Gilles Villeneuve carried it to two remarkable victories in 1981 and, sadly, to his death at Zolder in ’82. Thereafter it was championed by Patrick Tambay, the late Michele Alboreto, Nigel Mansell, Ayrton Senna, Alain Prost and Jean Alesi: charismatic, gracious and/or emotional performers who, wittingly or otherwise, burnished its legend. 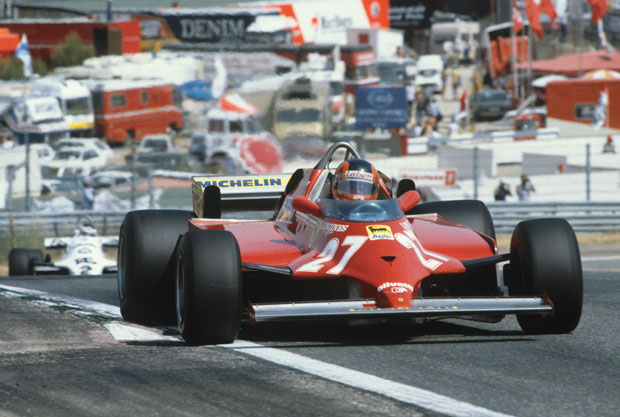 If a new system is introduced, #27 should perhaps be retired in the manner of baseball’s Jackie Robinson’s #42 and ice hockey’s Wayne Gretzky’s #99. Doing so would by association automatically award selected numbers a deeper meaning than merely personal choice – or chance.

For F1 drivers will not necessarily be given a choice. How the numbers are to be distributed and whether a world champion must carry #1 – Valentino Rossi hasn’t, for example – are questions yet without answers. 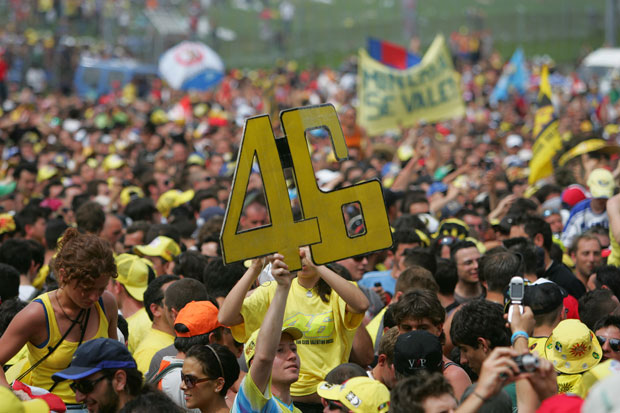 Another ticklish problem is the current use of number order, lowest first, to decide a grid when all other methods fail.

I like the idea, however, especially if triple-digit numbers are allowed: #351 Barry Lee and #722, Stirling Moss’s number and start time for his epic 1955 Mille Miglia victory, are seared on my brain. Less deeply etched, but ever-present nevertheless, are #208 and #306: Tom Belsø and Lella Lombardi, plus George Polley.

It helps, of course, but you don’t have to be one of the sport’s absolute greats for a number to act as a powerful mnemonic. (There must be a simple way of remembering how to spell that.)

The numbers that mean the most

For me, #1 is Fangio at the Nürburgring in 1957 – his white number applied at a jaunty angle atop the indentifying yellow noseband of his Maserati 250F. 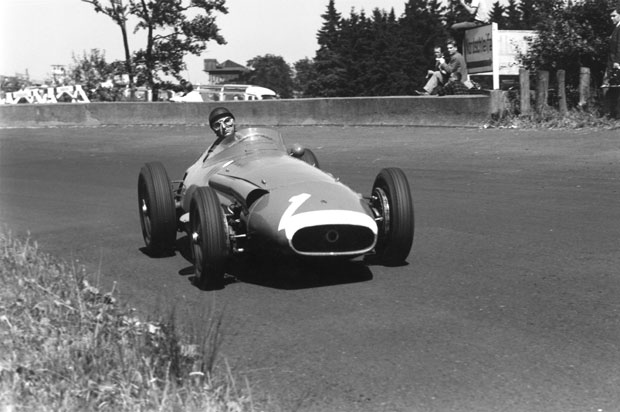 #3A is Ferenc Szisz winning the first of them all: the 1906 French GP. The #3 referred to the Renault team; A indicated that the metronomic Hungarian was the first of its (maximum of three) drivers on the road.

#5 for most people is red and belongs to Nigel Mansell. (A Fleet Streeter charged with reporting every word and movement made by ‘Our Nige’ was uncharitably nicknamed ‘Brown 5’.) For me, however, it is the digitised #5 on Nelson Piquet’s Brabhams, although the golden #5 on Andretti’s JPS Lotuses runs it close. 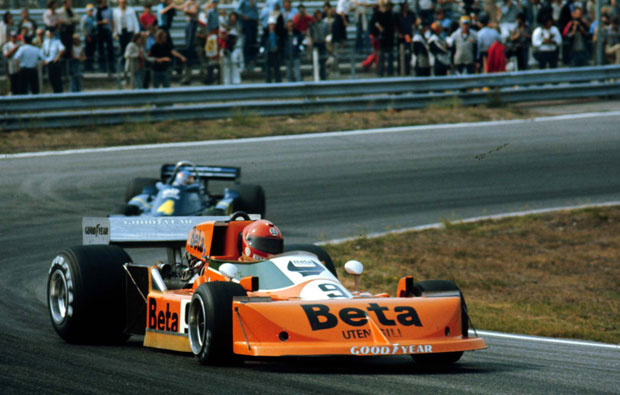 #26 will always be a Jacques Laffite Ligier – preferably a JS11 or, failing that, a JS7. 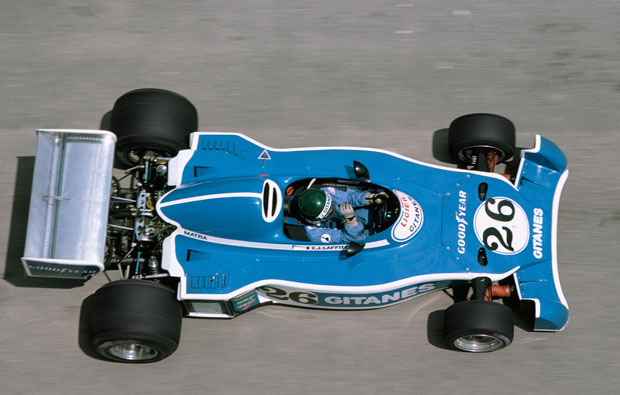 #28 is Gerhard Berger, mainly at Ferrari but also at McLaren.

#36 is Richie Ginther’s Ferrari ‘Sharknose’ giving vain but glorious chase to Moss at Monaco in 1961.

#50 is Giancarlo Baghetti, staying cool under a searing Reims sun to win on his GP debut. 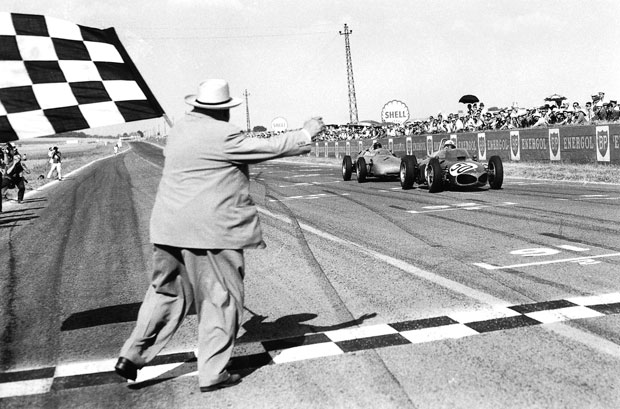 Elsewhere, Dale Earnhardt is forever #3, Peter Brock is forever #05 – the blood/alcohol drink-drive limit of Victoria – and Greg Moore is forever #99.

Mark Donohue is #66 at Indianapolis and Jim Hall’s Chaparral is #66 in Can-Am.

AJ Foyt is #14 – chosen after a rare slump, and because American superstars Wilbur Shaw and Bill Vukovich had used it previously – and Parnelli Jones is #98. Foyt scored his third and fourth Indy 500 wins with #14, while the only occasion that Jones did not run #98 at the Brickyard, a $6 bearing silenced ‘Silent Sam’ a few miles from Victory Lane. 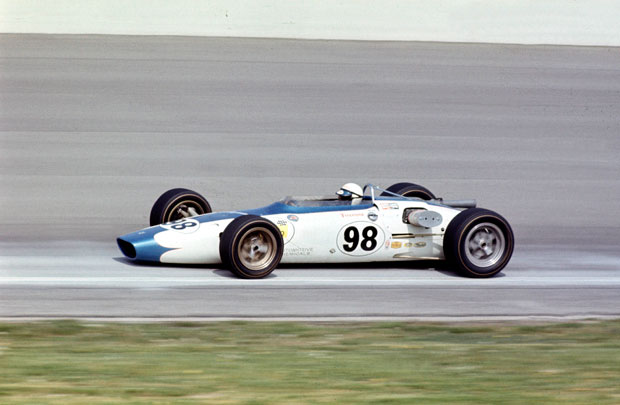 And then there are the most famous numbers of all, ahem: #01 General Lee and #53 Herbie.

Will it work in Formula 1?

F1 might, at last, be on to something here. Given time and sympathetic handling it could become of far greater significance than simply the shifting of more branded caps and T-shirts.

It will, however, flounder if it can’t find the space – physical, mental and financial – for the actual numbers themselves. These must be released from their advertising camouflage and made prominent in the way of a big, brash, bright numeral on the shapely tail of a Watson roadster or nose of a Hunt Hesketh.

F1 has long been a numbers game. That’s why only figures with lots of noughts buy you prominence within it, and why #27 has been left fallow since 1995: because of revenue not reverence.

This proposal, therefore, will only happen if it adds up. Count on it.