There have been better, but none greater. ERA laid the foundations for Britain’s eventual domination of the sport 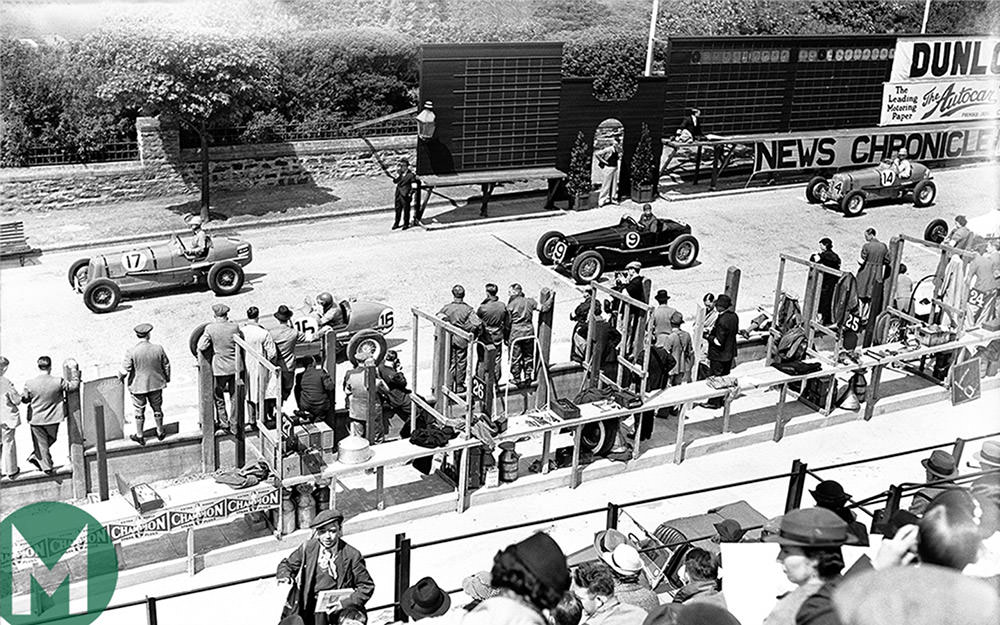 What is it about ERAs?

They fascinated me as a geeky kid attending VSCC events during the 1970s and continue to even though I have morphed gracefully into a ‘silver fox’ sophisticate.

Some of that sentence is true and some of it is not.

I like everything about English Racing Automobiles: that rip-snort sound with blower-whine overlay; that whiff-tang of, ahh, Castrol R (castor oil smells way better than it tastes); those white-on-blue dials (do they all have them?); and that descending interlocking-circle badge from a design by, oh-so-appropriately, Squadron Leader ‘Pingo’ Lester.

I would watch mesmerised as these purposeful cars were revved religiously in paddocks, rear wheels jacked off the ground, wheel-spinners spinning intoxicatingly. Not until several years later did I discover why this was done: to warm and soothe the complexities of the Armstrong Siddeley four-speed pre-selector gearbox.

(I wasn’t alone in mystification. A gauche Stirling Moss – i.e. when he had curly hair – used to go through the same rigmarole with his Cooper 500 until a more seasoned campaigner highlighted his folly.)

Added to this were the chassis numbers – all of which I could relate better than the nine-times table – plus the compelling back stories accompanying them.

The first works cars of 1934: R1A through R3A; Pat Fairfield’s R4A, the only 1100cc; the first genuine customer car, R1B, with which a young Dick Seaman was hardly enamoured yet not without success; R7B, originally with chromed radiator, but now, that is to say the mid-1970s, somewhat scruffy in the hands of Dudley Gahagan, who loved it but hardly mollycoddled it.

Then there was R4D, the works development car, which has always looked more of a manful handful on its Porsche trailing-link i.f.s. [independent front suspension] in place of the original beam axle. And that was before one peered into its cockpit and clocked the massive supercharger rearing between the driver’s legs.

No room for weak knees here.

(I did used to wonder why R3B never turned up – until I discovered that it had been destroyed, the only to be so, at Deauville in 1936 in an accident that claimed the life of French Algerian Marcel Lehoux. Look him up. He was pretty handy.)

That some of the chassis had names – R2B ‘Romulus’, R5B ‘Remus’ and R12B/C ‘Hanuman’ – added to my childlike intrigue. As did the fact that an actual Siamese Prince raced these very cars, painted vividly, for a team called White Mouse Racing Stables.

And then they hit the track, drivers jutting from these raucous perpendicular cars. All arms and elbows they were – apart from the man perched above the back axle of R11B – nicknamed ‘Humphrey’ by original owner Reggie Tongue – as though he were nestled in his favourite armchair. Thinking about it, he probably was.

Sunny Oulton. Historic Seaman. Martin Morris winning. That’s how it always seemed to be during my formative summers. Hence the niche I have for ERAs and R11B in particular.

That 10 of the original 17 – plus the later, more sophisticated and less successful E-type GP1 – have been persuaded to contest the Goodwood Trophy at next month’s Revival is indicative of these cars’ long, relentless legacy.

Relatively simple to maintain and far greater than the sum of their parts, they have steered clear of museums, preferring to raise dust rather than gather it.

There have been better racing cars but none greater.

ERAs gave British enthusiasts hope when all seemed hopeless – and allowed designers Reid Railton (chassis) and Murray Jamieson (supercharging) to hint at what might have been had they been endowed with a Grand Prix budget.

ERAs, many of them by then modified – I love the subtleties of body shape created by such long-term development and many likeminded enquiring minds – kept our heads above water during post-war austerity.

And ERAs, therefore, laid the basis of Britain’s eventual domination of the sport.

They are truly remarkable.

They are motor racing’s ‘The Few’.