How will Pierre Gasly fare alongside Max Verstappen at Red Bull Racing? 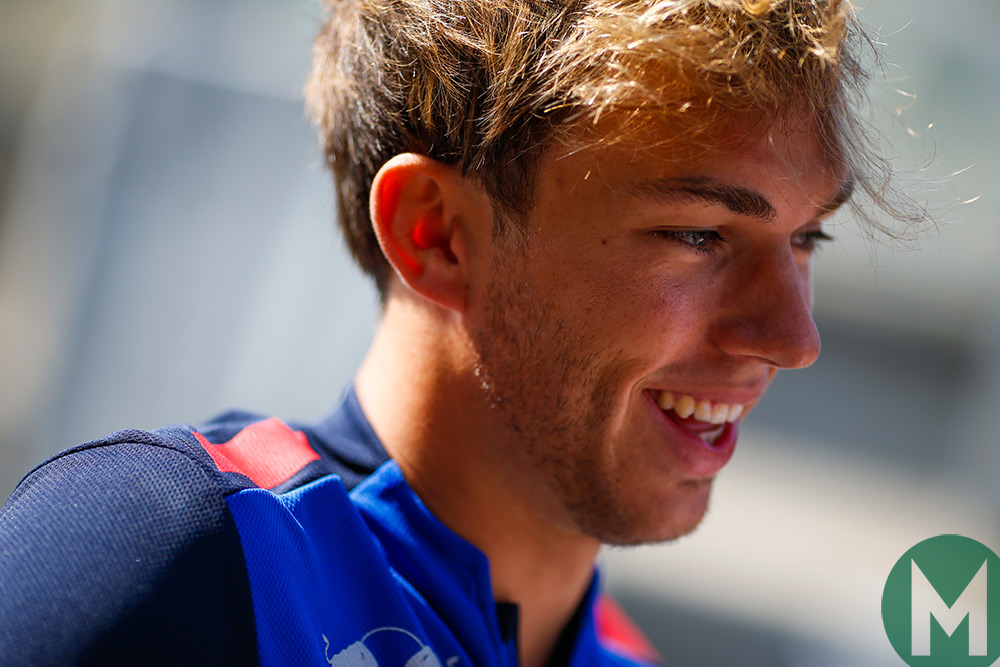 Pierre Gasly’s promotion next year to the senior Red Bull team represents a huge opportunity for the 22-year-old. On current form, he will be getting to race one of only six potentially Grand Prix-winning cars with just 26 races behind him.

There is of course a downside risk to getting that opportunity so early in his career. The question it poses is whether his Red Bull chance will more closely mirror that of instant sensation Max Verstappen or the early-on-the-scrapheap Daniil Kvyat, both of whom got their chances in the senior team similarly early.

The blue-eyed little boy look is misleading; there’s a steel beneath.

That of course is largely in Gasly’s own hands, but his attitude is positive. “It will bring more pressure,” he acknowledges, “more responsibility and I’ll have a really strong team-mate in Max. But we all want to be the best and to achieve that you need to fight against the best. The most important thing is to learn and improve myself. There are a couple of areas I still need to improve and just keep developing in. But the most important thing is that you’re fast. I know my goals and I don’t really need anyone to tell me what I need to do. I’m a competitive guy. I just need to focus on myself and deliver.”

He is quick – and although we won’t find out exactly how quick until next year, he’s done enough to earn his chance. On his debut in Malaysia last year he was instantly nip-and-tuck as quick as Toro Rosso team-mate Carlos Sainz, and he’s generally maintained a consistent couple of tenths advantage over Brendon Hartley this year.

His stand-out race to date was Bahrain this year where he was a brilliant fourth, best of the rest after the big three teams. Not only fast, but feisty – taking no nonsense from the notoriously tough Kevin Magnussen and twice hanging him out to dry upon the restarts.

At Monaco he shadowed Sainz’s Renault and impressively overcut ahead of it to be ‘third in class’. In Hungary he again won the second division, getting his elbows out on the first lap having qualified an impressive fifth in the wet.

They have been his stand-out performances to date, and the picture that’s building is one of a quick, increasingly confident performer that isn’t afraid to get stuck in. The blue-eyed little boy look is misleading; there’s a steel beneath. The areas for improvement he refers to are technical, maybe a bit of a deeper understanding with the tyres.

He’s known Verstappen since they competed in karts and are very friendly. “Yeah, he stayed at my apartment during the Monaco weekend,” relates Max. “We played FIFA in the evenings. I’m sure we’re not going to have any problems.”

“Max is one of the best drivers on the grid at the moment,” Gasly accepts. “We have the opportunity to do really great things together. For sure I’ll have things to learn in the first few races but my long-term target is to be the best in the sport.”