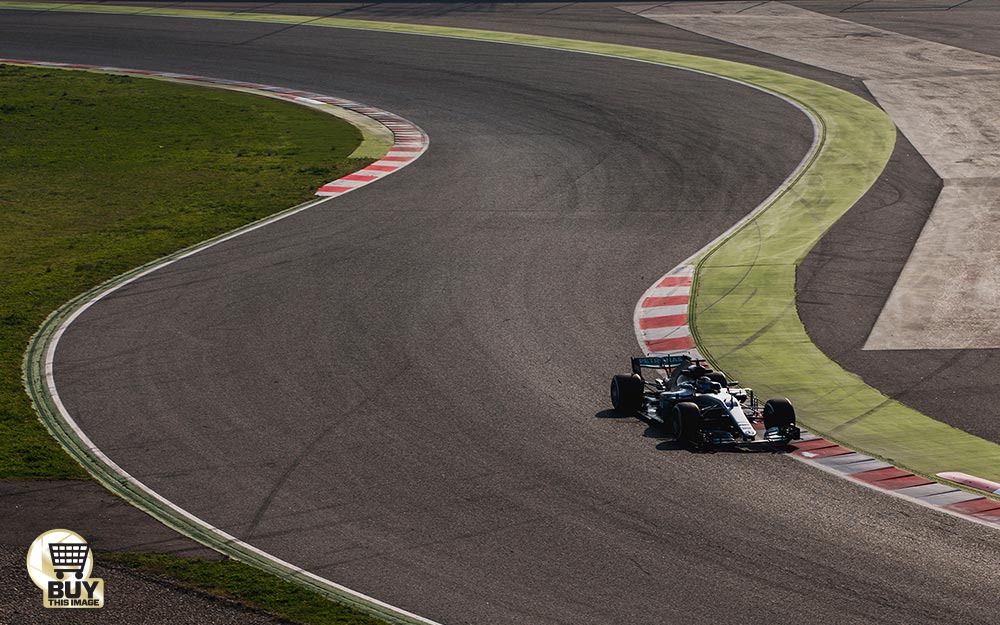 The light is beautiful as the late morning Barcelona sun is burning off the haze and the new generation of Formula 1 cars run in anger for the first time, laying down an ever-blackening line through the uphill ess bend formed by turns two and three. Stand at the end of the straight and watch Valtteri Bottas approach in the Mercedes W08 at beyond 200mph, foot still to the floor as he sails way past the 100-metre board. Is he ever going to brake? Only as the last sliver of feasibly making the corner is closing off does he do so, and almost immediately turns in, the silver car just drenched in grip changing direction like a cursor on a screen.

Move up to the exit of three and note how much faster they are arriving there than before and this, in combination with the sheer grunt of the things, makes it less than flat out. The front is understeering as the apex is reached and drivers are not quite full throttle, just working the pedal against that over-worked left-front tyre as the corner continues to turn on itself. They are raw and physical in a way cars of the previous eight years have not been.

Bottas would go on to do three 18-lap stints in the morning, way longer than anyone else’s, in a repeat of last year’s Mercedes programme here, albeit on the soft compound tyre. He didn’t set fastest time of the morning though – that was achieved by Sebastian Vettel’s medium-tyred Ferrari, though on a totally different, lower-fuelled, programme.

After a break for lunch it was Lewis Hamilton’s turn in the Silver Arrows and he was his usual flowing devastation of energy in the car, his lap a rainbow of inputs over a similar sequence of stint duration to Bottas’. But the 1-sec per lap improvement over Bottas – putting him comfortably fastest of the day – was not a reflection of their comparative performance, but of different race phase simulations, Lewis on a lower fuel load.

We saw that the Ferrari was equally reliable, but as yet have no direct performance comparison to Mercedes. Out on track it looked driveable, but on harder tyres and (probably) lower fuel loads, not much can be said. 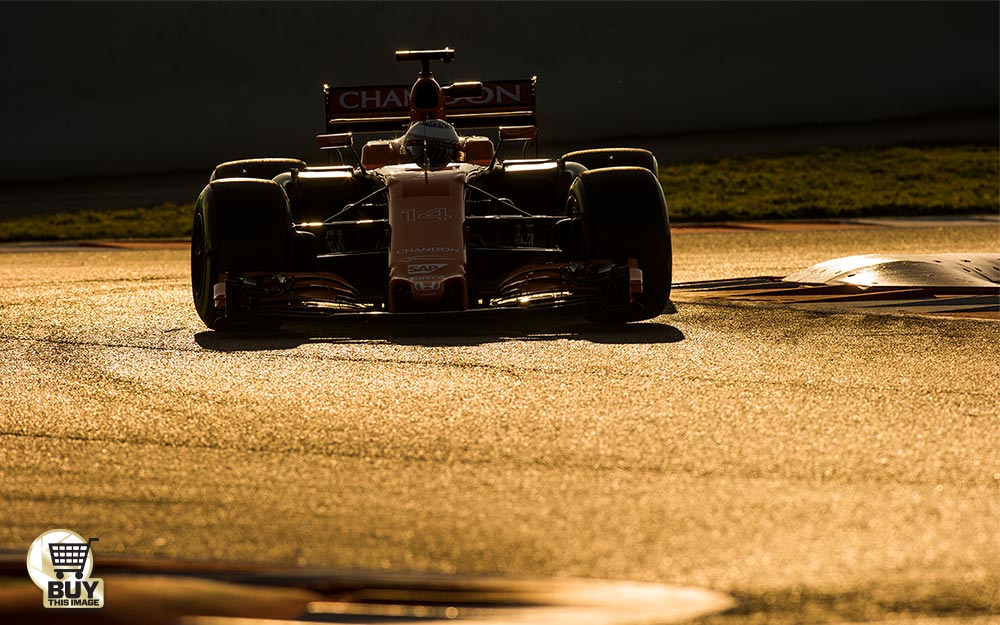 Neither the Red Bull RB13 nor the McLaren MCL32 gave representative accounts of themselves, each losing almost all the morning to reliability problems – a sensor and battery in the Red Bull, an oil system problem on the McLaren. It all left Fernando Alonso in a frustrated frame of mind. “We have just four days each as drivers to prepare for the world championship and I’ve just lost one of them,” he reflected afterwards. “Today we did 39 laps but not quality laps, just checking laps, many installation laps, not running at full potential so it’s difficult to have a feeling right now. The cars look nice, definitely faster in the corners. It’s good to come back to that feeling of downforce through the corners to be able to push the car through the corners. I saw the cars running and they look very, very good, going in the right direction and I would like to apologise to fans of last five or six years for the horrible cars…”

And the new Honda engine? “I’d prefer not to say anything today because we had so many issues and had to run with very conservative settings, checking that the systems were working, so we were not running the spec that should be in the car.”

And as spring day turned to meet dusk, 10 huddles of engineers and drivers sat down to discuss their own programmes – but without anything like enough data yet to understand where they might stand. More light needed.