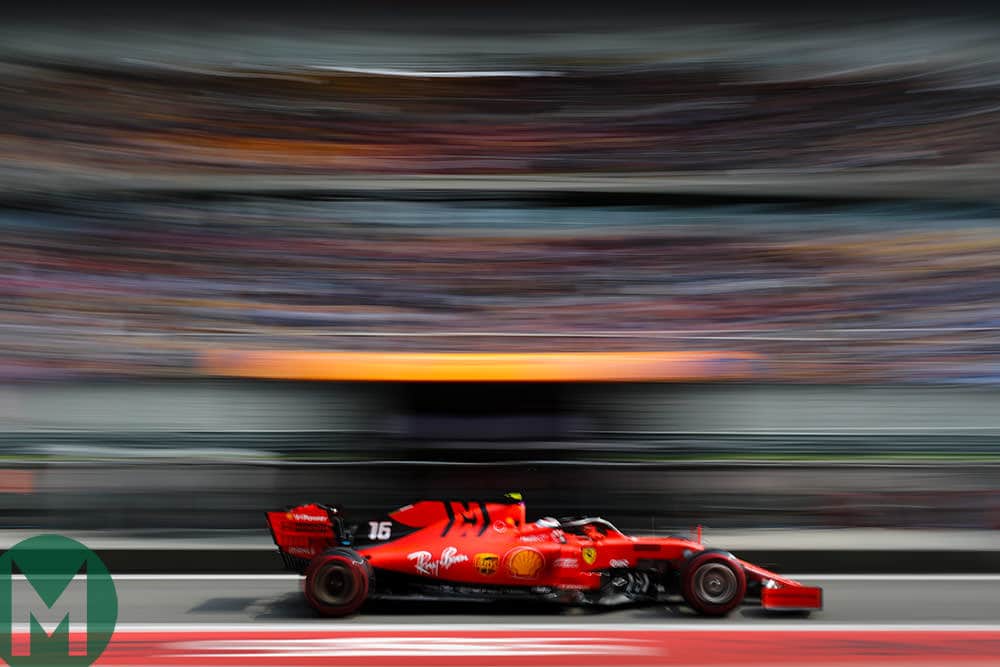 Ferrari is looking to halt Mercedes’ run of 1-2 finishes with a win at this weekend’s 2019 Azerbaijan Formula 1 Grand Prix with significant upgrades, according to team principal Mattia Binotto.

Mercedes has a 57-point cushion in the lead of the constructors’ championship and Ferrari has struggled with reliability – most notably in Bahrain when Charles Leclerc’s Ferrari was slowed by technical problems in the closing stages – as well as balance, as grand prix editor Mark Hughes detailed last week.

After the Chinese Grand Prix, Hughes wrote that Ferrari’s search for balance “came at too much of a cost to lap time. Which probably illustrates the extent of Ferrari’s problem. The Mercedes has significantly more low-speed downforce and can use that to offset its power shortfall.”

Ferrari boss Binotto has now promised updates to the SF90 at Baku to match Mercedes; the Silver Arrows have already benefited from upgrades including a reprofiled front wing for Shanghai.

“We are bringing a few updates to Baku, as the first step in the development of the SF90,” said Binotto to Formula 1.

“Coming off the back of three races that definitely didn’t go the way we wanted, this GP is another important moment for us.

“We have prepared for it very well, analysing all the data we have acquired up until now, looking at areas where we can improve and working on adapting the car’s set-up and the power unit management to the characteristics of the track.

“In fact, Baku features a very long straight, which places special demands on the engine, both the internal combustion part as well as the hybrid elements.”

So while it can be assumed that Ferrari will update its power unit for the 2.2 kilometre straight at Baku, the SF90s could also have their balance problem addressed.

Hughes wrote that Ferrari’s front grip was compromised in Bahrain as well as Australia, and the team is struggling with downforce at low speeds compared to Ferrari.

Binotto hinted that the Scuderia will be aiming to get the tyres in the working window at Baku.

“The track surface is very smooth, which means tyre wear is generally low, but as the tyres therefore generate less energy, it can be difficult to get them in the right working temperature range,” he said.