Ferrari has revealed its 2021 F1 car, the SF21, giving details of the development work that it hopes will return the team closer to the front of the grid.

Charles Leclerc and new signing Carlos Sainz will be looking to significantly improve on Ferrari’s sixth position in the 2020 Constructors Championship, its worst placing since 1980.

Team principal Mattia Binotto led the presentation, highlighting the technical areas which have been developed on the car – a new front nose and a “completely new power unit”, following the power loss that Ferrari suffered after the 2019 engine controversy. The resultant changes left the team marooned back in the 2020 midfield pack.

“We tried to improve it in all of its areas,” he said. 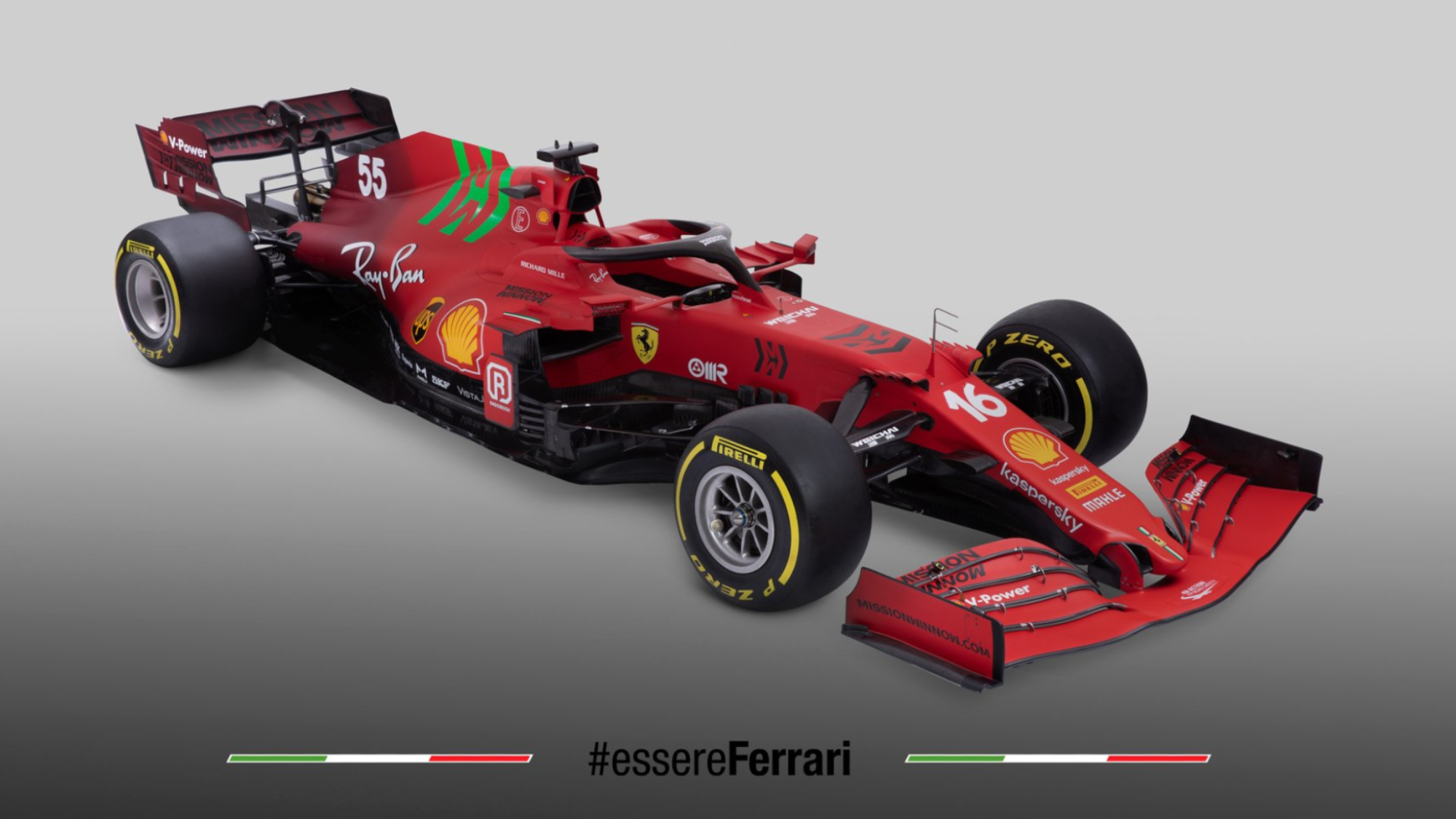 Power Unit Director Enrico Gualtieri described the changes to this season’s engine. “We have worked on the layout of the power unit, trying to make the overall project for the car as efficient as possible,” he said.

“We worked continuously on the internal combustion motor, aiming to increase its thermal efficiency, whihc has led to an advantage estimated at over 0.1sec per lap.

“The turbocompressor has been revised to meet the needs of the motor and at the same time we have planned to increase efficiency in the recovery of exhaust fumes.” 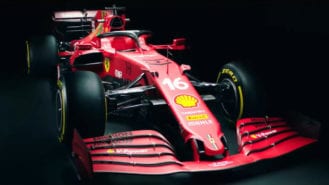 Ferrari's 2021 F1 car has apparently been leaked ahead of its launch later today. The team's '21 car was planned to be revealed at 1pm but users reportedly found images…

Chassis director Enrico Cardile drew attention to which parts of the chassis and aerodynamics have been improved.

“We chose the posterior, creating a new transmission and suspension,” he said. “This, along with the work done by our power unit engineers, gives a much more tapered rear end compared to the SF1000.

“We also went over the cooling system. We increased the authority of the central radiator and designed a more downwashing bodywork. ”

Cardile pointed out further aerodynamic improvements: “We developed a new front wing which works coupled with a newly conceived nose, but the chassis and suspension are the same as the SF1000.

The team have also changed the rear section of the SF21’s livery to a burgundy colour instead of scarlet in tribute to the first racing car that Ferrari produced in 1947, the 125S.

“Visually we’ve drawn on our history, but we’re also looking towards to the future, which will always be defined by Ferrari red.” Binotto said.