It is apposite that Jean Alesi never raced a V10 Ferrari. The French-Sicilian was a throwback whose heart ruled his head. Michael Schumacher, in contrast, was sent from the future: fit for purpose, verging on robotic and unafraid of pressing the red button. He tested a V12 and made nice noises about its nice noise – and moved on. This was Ferrari with the Latin let out and (dry) ice in its veins: harder to love but demanding the utmost respect.

GP 561: Confirmation that Ferrari had got its megabucks’ worth could not come soon enough. A fortnight after sticking it in the barriers on the opening lap in Monaco, Schumacher resets his gyroscope to win a soaking 1996 Spanish GP. Unfortunately, this – the best in the biz at his brilliant best plus that ‘great leveller’ rain – is what it takes still. For the post-Prost drought is still being felt at Maranello.

‘Fortress Ferrari’ had been starved out for too long, too many times. ‘Todt Hall’ would be different, protecting without stifling the proven winners drawn to Schumacher’s beacon of excellence. As Formula 1 became a vastly more complex exercise and its teams’ armies on the march, this sleeping giant awoke. Having been wrong-footed for years by nimbler garagisti, its under-one-roof integration allowed it now to run over the top of them. Blunderer had become blunderbuss. Ferrari couldn’t miss suddenly.

GPs were arriving thicker and faster and the victories began to mount up, to blur. Schumacher no longer needed to work miracles, as he had in Belgium 1997 and Hungary 1998. His ‘ordinary’ was usually more than good enough. And that was bad for F1 business. Ferrari, once its human face, warts and all, had souled [sic] out. The greatest iteration of its most famous team began to grate – especially when it tried to be nice. 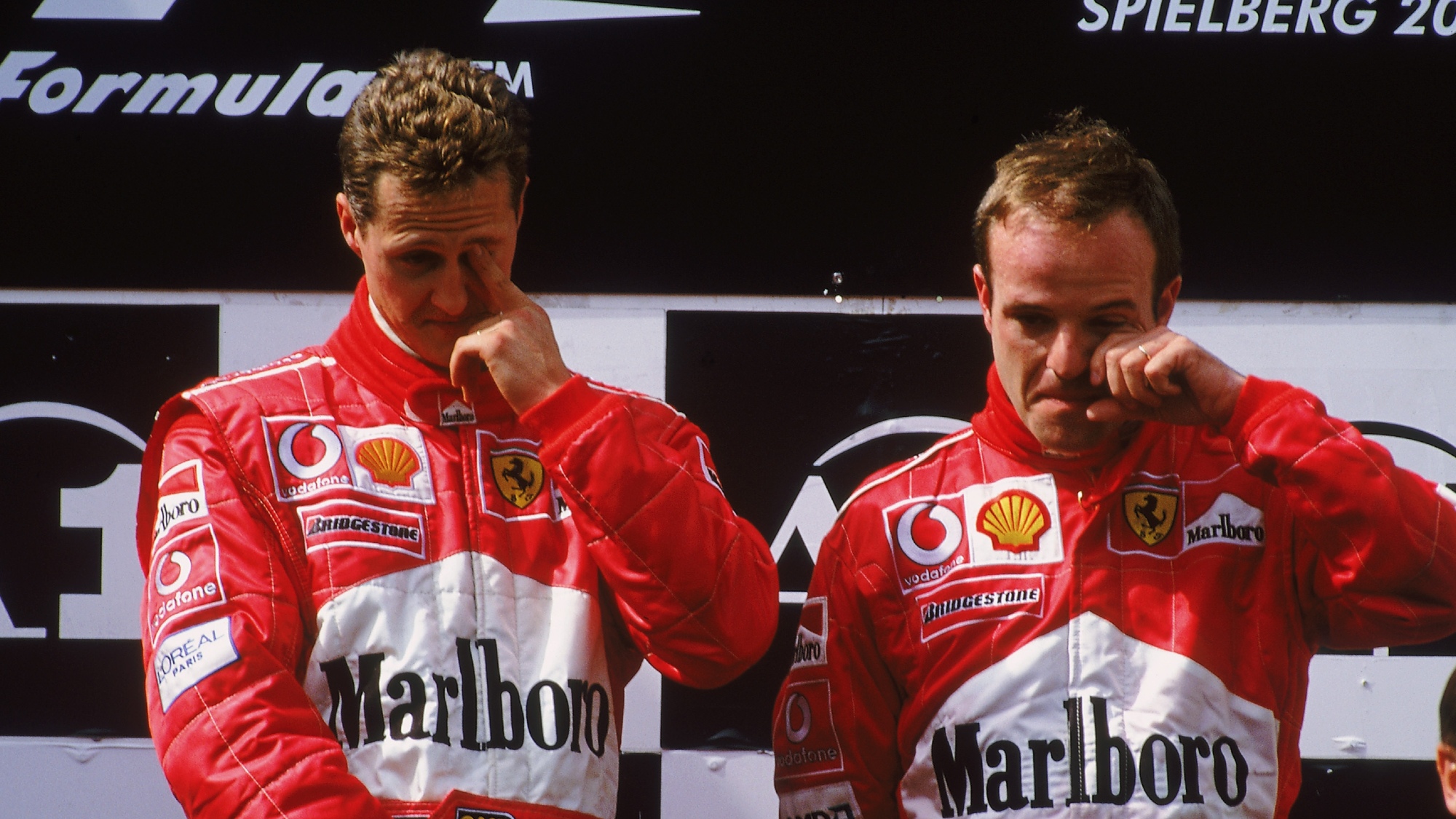 759: Schumacher steps aside this time and beckons his team-mate Rubens Barrichello – and moral victor of the 2002 Austrian GP – atop the podium before handing over the winner’s trophy. It rings hollow and boos continue to ring out. The Big Red Machine, psychologically unprepared, states its case. And there it rests. Uneasily. It’s an empire without empathy and the little guy gets the sympathy as ‘Rubinho’ chokes back the party line.

Had Ferrari strayed too far: too much end zone, not enough Enzo? Maybe. But this juggernaut wasn’t stopping anytime soon. And why indeed would anyone within wish to apply its brakes? There was, however, one man on the inside looking out – and from up on high, too. Luca di Montezemolo had reinvented the Scuderia before – arm-in-arm with Niki Lauda in 1975 and at arm’s length with Jean Todt in the 1990s – and he was minded to do so again.

“If only Brawn, refreshed and looking for a new challenge, had been welcomed back with open arms”

838: It’s Schumacher who chokes back the party line this time. Few truly believe that he’s happy to retire. There is no sign of his powers waning. Indeed he’s just won the Italian GP, beating the man chosen to replace him in 2007. Placed in an invidious position by an unyielding boss, he has been squeezed out. Monosyllabic Finnish racing driver apart, di Montezemolo is looking to the future and keen to promote from within to make the team more Italian. Brave bloke.

Call it the slingshot effect: Kimi Räikkönen won the 2007 title with a late run on the rails; gracious Felipe Massa ‘won’ it in 2008 for an ecstatic minute, and Fernando Alonso signed for 2010. But in truth the team was unravelling: Rory Byrne had semi-retired; Ross Brawn had taken a sabbatical; Todt had been kicked upstairs. If only Brawn, refreshed and looking for a new challenge, had been welcomed back with open arms. 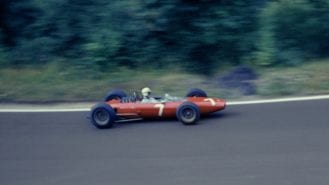 See, I told you that Peter Whitehead was a significant figure in Grand Prix history. But for this English privateer, Ferrari would this weekend in Mugello be celebrating ‘only’ its…

911: On a Yas Marina Circuit where overtaking is notoriously difficult and – more subtly admittedly – just as the supersofts are emerging from a graining phrase, Ferrari gets it badly wrong by covering off the wrong title-chasing Red Bull – Mark Webber’s rather than that of race leader Sebastian Vettel. In giving up track position earlier than necessary it dooms Alonso to follow Russian rookie Vitaly Petrov in a Renault for the remainder of the 2010 season. He finishes seventh – three places and four points shy of the title.

Relentless to the point of disruption, the Spaniard would fall four points shy in 2012, too – but that flattered to deceive. Ferrari was falling behind in the technology stakes – an ill wind tunnel had blown it off course – and the impending hybrid era was no time for hubris. Adrian Newey read the signs and could not be persuaded to join – for any amount of money. Alonso misread them and – outmanoeuvred – was out. Even di Montezemolo fell foul of boardroom politics.

Thus Vettel’s Ferrari was not the one he had been sold on. Unsettled by several sudden high-profile personnel changes – including aerodynamicist James Allison’s departure in 2016 – this was to be no Schumacher 2.0. 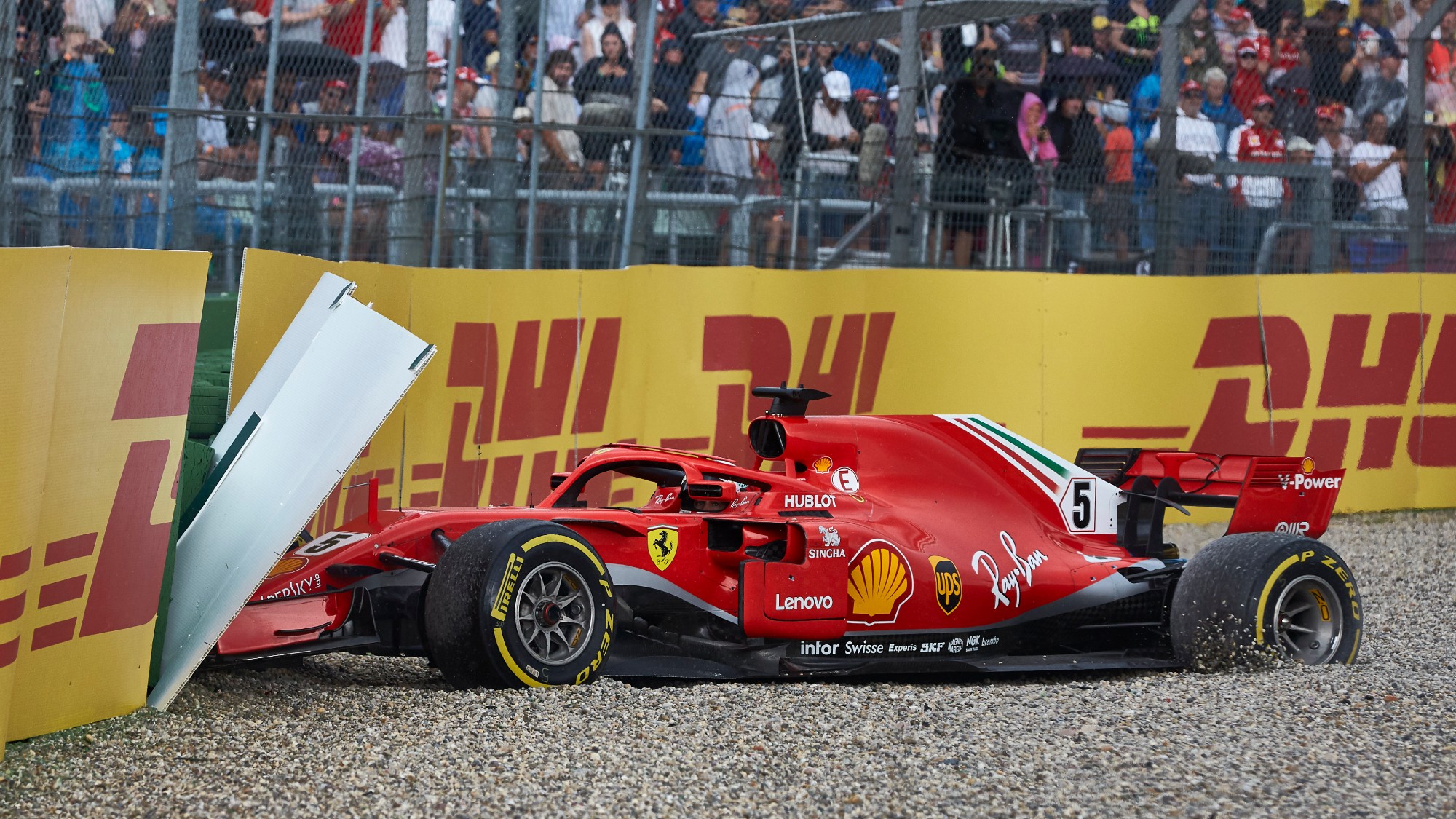 The moment the 2018 title slipped away from Vettel

960: Leading the 2018 championship at its halfway point, and his home GP by 9sec with 15 laps to go, Vettel makes a keynote mistake, locking the rear brakes in greasy conditions and sliding nose-first into retirement. Lewis Hamilton’s inherited win triggers a swing in momentum from which Vettel never recovers, winning just one of the remaining rounds compared to the world champion’s seven.

Sloppy errors and snippy radio messages were symptomatic of the pressure Vettel felt himself to be under because of operational shortfalls. Whereas Schumacher responded unquestioningly to calls – trust earned and thus implicit – Vettel often had reason to query his. Ferrari had given him good equipment – its best for years – but also bad vibes. Even the bouncy Charles Leclerc, who breezed through these in 2019, is struggling to ignore them now. Carlos Sainz Jr will be wondering, too – yet excited still. And Vettel, far from the first to be worn down by it all, is no doubt relieved to leave them to it.

He could, had he been better disposed, have waited until after this weekend to confirm his move to Aston Martin for 2021…

Enzo would have pretended to be offended while secretly loving the theatre of it. Thirty-two years after his death, the team he created still agitates those men who cannot resist its lure.

Ferrari’s slumps and booms: the rhythm of F1 life. Let’s celebrate it all.