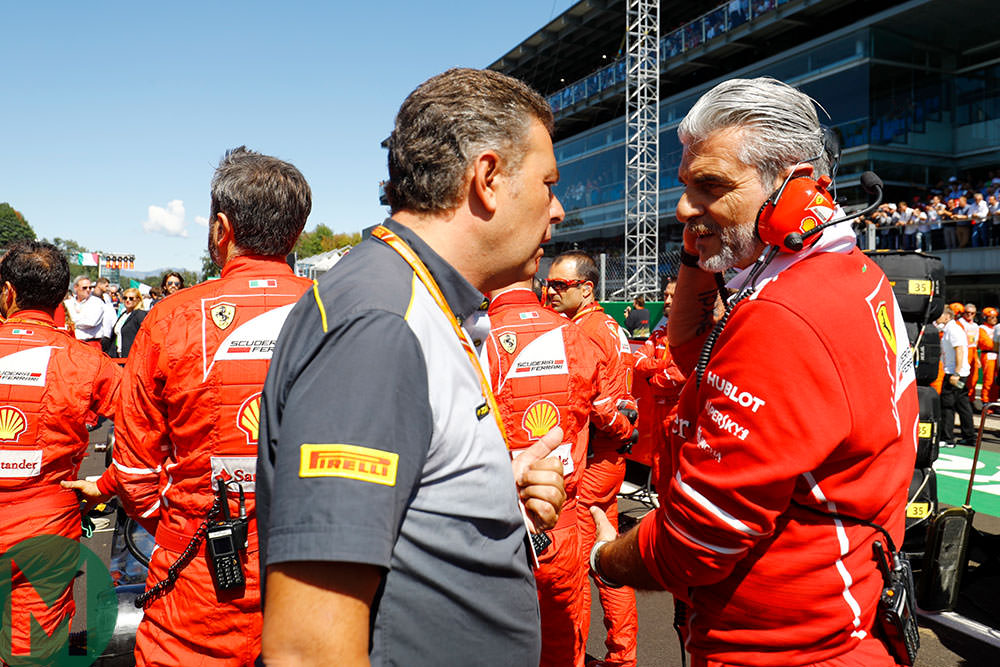 There are many upsides to being the supplier of control tyres to Formula 1 – all that exposure in one of the biggest global sports, without the possibility of ever being seen to be beaten by a rival brand and with costs that can be fixed and controlled quite easily without the expensive development programmes necessary to compete in a tyre war. Perhaps the major downside is that you are ignored when everything tyre-related goes well but blamed when it doesn’t. Even worse than that, you may find yourself being accused of favouring one participant over another with any changes you make. That’s where Pirelli found itself during the Spanish Grand Prix weekend, when its switch to a thinner gauge tyre to control blistering coincided with a return to form of Mercedes and the sudden loss of form of Ferrari.

Blistering tends to form on the outer edges of the tyres on long-duration fast corners where the downforce working upon them is very high and for extended periods. Heat builds up in the tread and is retained. Beyond a certain threshold blistering begins. A combination of high grip and low degradation such as seen on the new surface at Barcelona just makes matters worse. The low degradation means the driver wants to stay on the tyre as long as possible, so as to give the fastest race strategy, so building up the heat in the tyre even more. Reducing the gauge of the tread for the fast, grippy tracks – in this case by around 30 per cent – limits the heat build-up and avoids the blistering.

In certain situations, it can be that a car can have too much downforce for the tyre on long, fast corner tracks – if the car is creating loads that take the temperature of the tyre past the threshold where it works properly. Red Bull in the normally-aspirated part of the Pirelli era often used to encounter this on certain tracks and Sebastian Vettel, after securing pole, would have to stay well below the car’s limit in the race, so as to keep the tyres from overheating.

All the pointers indicate that the Ferrari SF71H has more high-speed downforce than the Mercedes – which is why it’s been generally the fastest car to date. It also has significantly more power than the similarly aerodynamically excellent Red Bull. That combination looks to have led Ferrari to struggle with the tyre last weekend – thereby opening the way for Mercedes to dominate and for Red Bull also to beat it in the race. With the thin-gauge tyre used last weekend, tyre temperatures were reduced sufficiently to prevent blistering but not enough to prevent the Ferrari rears running hotter than ideal for ultimate performance.

When Ferrari – and Mercedes – then tried both the old/thick and new/thin tyres in Barcelona testing this week, the Ferrari blistered the old thicker gauge ones. The Mercedes didn’t – although it was still running hotter than ideal. In the cool of winter testing on the thicker standard tyres it had been Mercedes that was more prone to blistering, though Ferrari was by no means immune. It’s nothing unusual for the competitive pattern between two different concepts of cars to swing wildly according to track temperature – and that’s all that happened last week.

The situation became massively politicised when Maurizio Arrivabene made comments intimating Mercedes had pressured Pirelli into making the changes – and that was why they had beaten them here.

“Mercedes did not ask for anything,” said an angry Pirelli spokesman in response when I spoke with him. “The idea came to Pirelli after verifying the very many episodes of blistering during winter testing, some of them quite deep. Mercedes experienced many of them but so did all the teams to some degree. We have already used thinner treads – we used them at Spa and Monza in 2011 and 2012 to reduce the tendency of the superficial overheating. We decided to do the same for the three new asphalt fast tracks this year that have high grip and low degradation giving excessive temperatures to the standard tread.”

The last thing Pirelli wanted was to be seen as ruining the race – with drivers tempted for strategy reasons into running too long on blistered tyres and suffering failures or having to drive so far off their real pace just to contain the blisters. So obviously, its preference was to switch to a thinner gauge.

Informal discussion between winter testing and the Bahrain race was conducted between Pirelli and the engineering staff of most of the teams – and there were no dissenting voices against Pirelli reducing the tread depth. But at some point during the Bahrain GP weekend, after Pirelli had already begun making the required production plans, Arrivabene – perhaps noting how Mercedes was struggling with tyre temps in Bahrain – gave Ferrari’s position as being against the change. Exasperated, Pirelli got the FIA involved to push the change through on safety grounds, thereby not requiring a vote and getting around Arrivabene’s objection.

All of which is just standard F1 competitive niggle and Sebastian Vettel, to his credit, has made plain that Pirelli made the correct choice and that Ferrari simply hadn’t maximised the tyre that was brought and would likely have struggled even more on the other. Thus distancing himself from Arrivabene’s comments.

But that deflection of blame onto Pirelli angered the company, make no mistake. Its tyres may have had certain limitations, but it’s always responded to F1’s requests and it felt that being made the scapegoat for Ferrari’s problem was a cheap shot by Arrivabene. The exchange between them in the following days has been heated and ‘vicious’ according to a Pirelli source.

It is contracted to F1 until the end of next season, but the FIA will next year be accepting tenders for the next contract for 2020 and beyond. Amid rumours that other companies are prepared to bid way higher than Pirelli’s current fee, the company is making it plain that it would like to remain in F1, but not at any cost. Chairman Marco Tronchetti Provera this week gave a talk to shareholders emphasising this point. The events of Barcelona last week may turn out to be pivotal in that decision.