Further to the earlier piece about the technology innovations in the combustion chambers of the hybrid turbo F1 engines, it’s now apparent that the technology being used is Turbulent Jet Ignition (TJI) and not the HCCI concept. There are similarities, and the aims of each are the same, but they are two separate technologies. 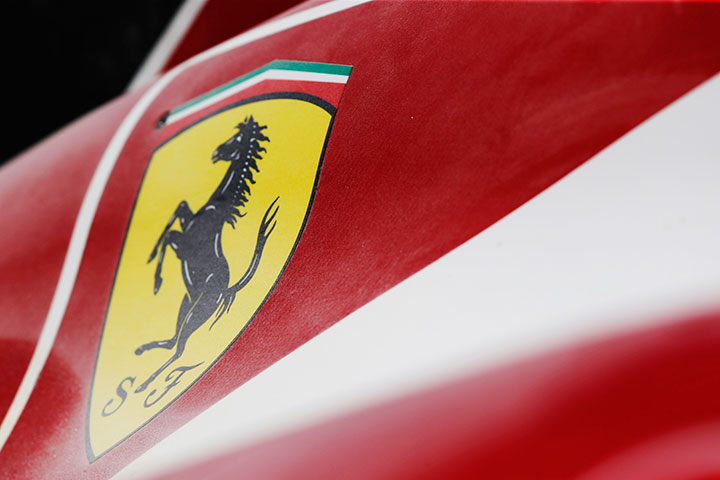 It has now been confirmed that Ferrari, at least, has been using this technology since its Canada upgrade engine of 2015. The Scuderia is supplied by Mahle Powertrains and in the latter’s latest annual report, it quotes Fred Turk, head of Mahle Motorsports: “The Mahle Motorsports engineers have found the right solution for Scuderia Ferrari. More than five years of development preceded that crucial phone call to Maranello with the proposal: ‘We’ve found an interesting new solution for you.’ Mahle Jet Ignition is the name of the innovation that gives the engines from Maranello a boost. Within a few weeks, in spring 2015, we adapted our solution to the Formula 1 requirements, allowing Ferrari to compete in Canada with this solution for the first time.” 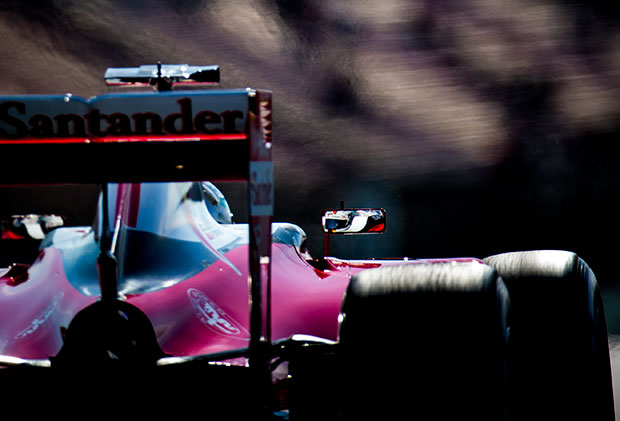 F1 teams are notoriously – and naturally – secretive about their technology and nowhere is this truer than in their power units. With aerodynamic innovation there are usually visible clues by which the secrets can begin to be unpicked, but with an engine the secrets are by definition tucked safely inside. Which, in the case of this particular engine formula, predicated on using the sport to drive efficiency gains that can be applied to the road car industry, is a real pity. Huge gains are being made. In the space of just two years, the energy efficiency of the best of these engines has gone from 40 to 47%, the road car industry having taken the previous 117 years to get from 17% to around 30%. Driving those astonishing gains are some amazing advances in technology – which are being kept secret, for reasons of competitive advantage.

From the website: “F1’s power secret” by Mark Hughes

So when the previous piece was shown to Mercedes HPP boss Andy Cowell, with the request to confirm or deny the Mercedes engine incorporated the described hybrid form of HCCI technology, he gave a firm ‘no’, but allowed that it was a very interesting idea and indicative of the sort of technological progress being made under this formula. With big, chunky power increases still arriving at regular intervals from all the engine manufacturers (Mercedes began 2014 with a peak of around 870bhp and is now believed to have up to 950 on tap) the big efficiency gains are clearly being made in combustion, given that the conversion efficiency of the recovered energy through the ERS-h and ERS-k has increased only from 85% up to 95% in those two years, according to Mercedes. 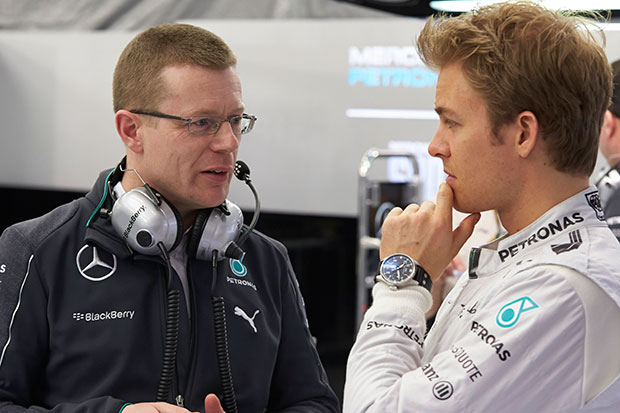 In large part, the improved combustion has been coming from advances in the science of fuel chemistry, even within the EU road car fuel octane limit that is defined in the F1 regs. Slowing down and better controlling the spread of the combustion flame and delaying the onset of detonation (or knock) has brought big gains. Mahle supplies Ferrari with pistons and in the past supplied Mercedes also, though the latter now makes its own. It seems more than feasible that both Ferrari and Mercedes are benefitting from this technology. The TJI system Mahle outlines incorporates a small pre-chamber in which the injector and the spark plug reside. The injection is made at around 60-deg before the piston has reached top-dead-centre. 97% of the fuel energy goes into the main combustion chamber, with the remaining 3% in this small pre-chamber. A nozzle between the pre-chamber and the main chamber has a series of tiny holes, presenting the mix to the main chamber in a series of high-pressure jets. The spark arrives in the pre-chamber at around 22-deg before top-dead centre (BTDC) and that igniting mass is allowed into the main combustion chamber at between 12 and 5-degrees BTDC – thereby igniting the fuel within the main chamber. It has similarities to the HCCI system previously described in that only the mix within the small chamber needs to be relatively rich; that in the main chamber – because it will be ignited by the already sparked fuel mixture released from the pre-chamber – can be much weaker (ie less fuel, more air) than it would otherwise need to be to avoid detonation, by as much as 20%. The further you can push the detonation limit, the bigger the bang you can safely produce and therefore the power output increases. 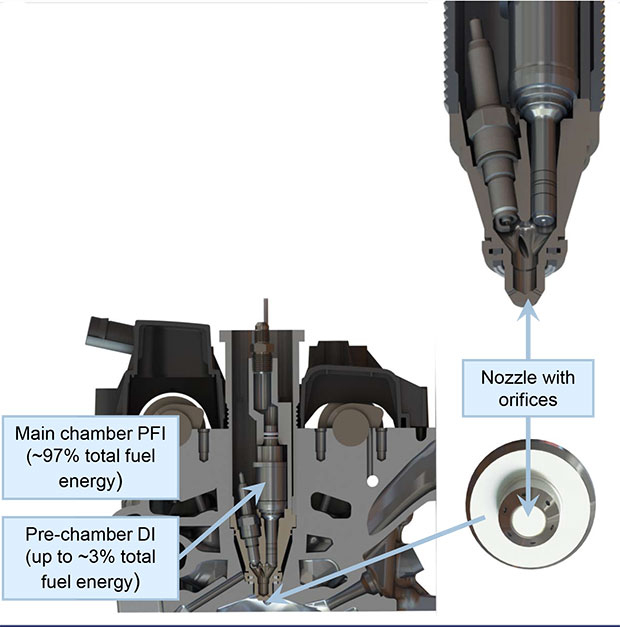 There are additional benefits. The tiny high-pressure jets of the fuel-air charge allow it to be directed much more accurately and bring a measure of swirl (making it more combustible). It also allows more of the burn to be kept away from the cylinder walls, reducing heat transfer and therefore increasing efficiency.

Here’s how Mahle itself summarises the technology. One of the goals of development at Mahle is to further improve the efficiency of engines. The newly developed Mahle Jet Ignition lean burn combustion process relies on a special surface ignition, which in turn allows for higher engine performance. The ingenious trick here is that the air-fuel mixture is pre-ignited in a pre-chamber around the spark plug. This results in the formation of plasma jets that reach the piston primarily at the outer edge and ignite the remainder of the mixture. While ignition normally takes place in the centre of the cylinder, with Mahle Jet Ignition it essentially takes place from the outside toward the inside. This allows significantly better combustion of the fuel mixture. The result: more power with considerably less residue. Mahle Jet Ignition makes a decisive contribution to fulfilling the new regulations in Formula 1: maximum performance with a limited quantity of fuel. With this lean burn combustion process developed by Mahle Powertrain for Scuderia Ferrari, a substantially greater efficiency can be achieved than with previous ignition concepts, allowing for further improved performance in motorsport.

This is only an intermediate step, however. Mahle is now developing the process further for series vehicles, as this technology opens the way for efficiency levels in gasoline engines that are otherwise only achievable with diesel engines. Tests on mass production engines have already shown that previously unrivalled low consumption values are possible with Mahle Jet Ignition on a gasoline engine.