Felipe Massa deserves our heartiest congratulations for saving his Ferrari bacon, something that looked beyond him for the much of this season. 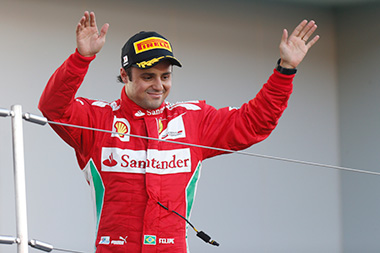 He’s warranted a year’s stay not only for his two most recent performances but also for the grace he demonstrated at Interlagos in 2008 after his 38 seconds as world champion. The fondness so obvious in his race engineer Rob Smedley’s radio messages chimes with many of us, I’m sure.

Of course, sentiment counts for very little in F1 and Massa’s continued employment has much to do with the wishes of his number one. For Scuderia Ferrari is Fernando Alonso’s as it was Alberto Ascari’s, Niki Lauda’s and Michael Schumacher’s. He has moulded all aspects of it around him, and Massa has been deemed sufficiently malleable, controllable and fast – in that order – to keep his gig.

But, poor Felipe, speculation has already begun as to who will replace him in 2014. BBC Sport’s Andrew Benson, the indefatigable newshound who broke the story that Williams had (too prematurely) decided to jettison Damon Hill in favour of Heinz-Harald Frentzen though he was on the verge of securing the 1996 world title, has strongly tipped Sebastian Vettel to join Alonso in time for the introduction of the new engine formula. 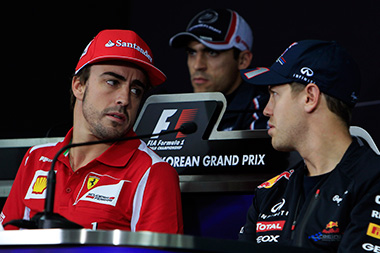 This seems strange. The Spaniard has history with Lewis Hamilton, but to countermand the Briton’s but not the German’s move to Maranello would surely be a dropping of his guard. It also goes against the grain of big boss Luca di Montezemolo’s determined pursuit of a settled outfit. Along with Lauda, he brought order to the fractious Latin outfit of the 1970s. So he knows what is required and has poured cold water on talk of a ‘superteam’.

Enzo didn’t invent them but he did turn them into an art form. He delighted in playing off drivers against each other to keep them hungry. Although this approach helped create the mystique that still survives and draws drivers like moths to Ferrari’s flame, it was fundamentally flawed. Lauda, after an introductory tour, wondered aloud why Ferrari didn’t win every race. Which is precisely my point.

In Enzo’s shaded view, drivers withered in the reflected brilliance of Tazio Nuvolari. Cars were his team’s lifeblood; most of his drivers – Gilles Villeneuve was an exception – were merely employees. 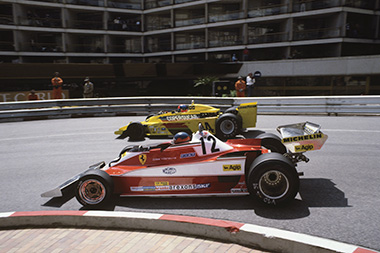 Even Ascari, on the eve of his completing two dominant seasons, 1952 and 1953, felt undervalued and joined Lancia.

It was clear to everyone except Luigi Musso and Eugenio Castellotti that Juan Fangio was the team’s number one in 1956; the Italians, vying in vain for Enzo’s favour, couldn’t see beyond their rivalry. Fangio won the world championship thanks to the clear-sightedness of Peter Collins – his British team-mate demurred and handed him his car at Monza – but did not give Ferrari a backwards glance. And Enzo did nothing to dissuade the departure of the greatest driver of the era.

Mike Hawthorn, probably in the knowledge that this was to be his last season come what may, grabbed control of the team in 1958, while former golden boy Collins, who had blotted his nudge-nudge status by getting married, was put under extra pressure to perform by Enzo’s threats of demotion – and crashed to his death.

Phil Hill, cerebral to the point of fretful, detached himself from the Ferrari fray as his team-mate and title rival Wolfgang von Trips tied himself in nervy knots. It didn’t help that Enzo occasionally plopped hotheaded hotshoes Ricardo Rodriguez and Willy Mairesse into this explosive mix. 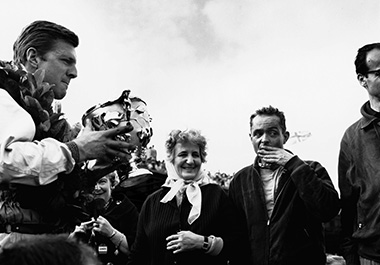 That season, 1961, was the epitome of the screwed-up Scuderia: multi-car entries; a rota of drivers; and a semi-works team. It won the world drivers’ and constructors’ titles while triggering a subsequent slump of Titanic proportions and the defection of several key staff in 1962. The situation got so bad that Hill was convinced to join the new and ultimately shambolic ATS team.

Barring the constructors’ honours obtained in the topsy-turvy 1982 and 1983 seasons, plus those of the equally matched Kimi Räikkönen/Massa 2007-2008 era, the remainder of Ferrari’s 31 F1 titles have been secured with an obviously strong number one at its helm – even if that meant Villeneuve selflessly playing the game in Jody Scheckter’s 1979.

John Surtees in the early 1960s was the first Ferrari driver to bring outside influences, ideas and practices to bear on it. He found an ally in young tech chief Mauro Forghieri and an enemy in the aptly named team manager Eugenio Dragoni. The latter pushed ceaselessly the cases of his lesser Italian drivers. Surtees had no problem with Lorenzo Bandini, a talented and respectful team-mate who played a controversial role in the 1964 title-decider, but Dragoni’s machinations – and Enzo’s bent ear and blind eye – wore him down and he walked in the middle of 1966. 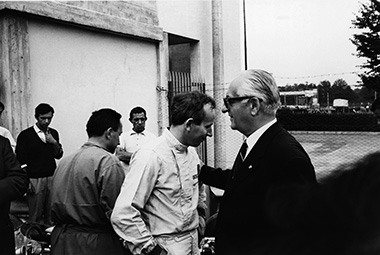 Neither the promoted Bandini, nor Chris Amon, nor Jacky Ickx had the personality and will required to focus the team thereafter. That only came with Lauda’s arrival in 1974. The brusque and bright Austrian was a force of nature, yet even he required the help of a youthful, dynamic yet calm di Montezmolo. He also benefited from several factors not of his own making: Fiat’s increasing involvement – Enzo was more and more a potent figurehead – and the recent canning of the team’s sports-racing programme and completion of its Fiorano test track.

Ferrari’s inability to realign such factors – maximise its healthy budget, extensive facilities and on-site homogenisation – during the majority of the 1980s and 1990s is the greatest failure in F1 history. Michele Alboreto, René Arnoux, Stefan Johansson, Gerhard Berger, Jean Alesi and Ivan Capelli were not championship tickets. Ferrari even fell short when it tried the superteam approach with Nigel Mansell and Alain Prost in 1990: better, but bitter. 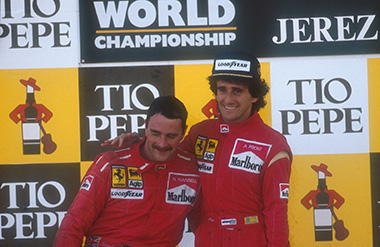 Only with the creation of a Scuderia that Enzo – his influence only now waning after his 1988 death – would not recognise, not even its sponsor-friendly red, did the ‘inevitable’ titles roll in: 11 in as many Schumacher seasons.

A relentless top dog with the unswerving support of all those around him is what best suits Ferrari. Alonso is the current closest approximation to Schuey in his pomp, but Vettel runs him close enough to butt heads and egos.

Hmm. If you haven’t already, think of another AN Other, Ferrari.