Amon, Hawthorn, Lauda, Rodríguez… Leclerc? Ferrari has championed youth, but not for decades 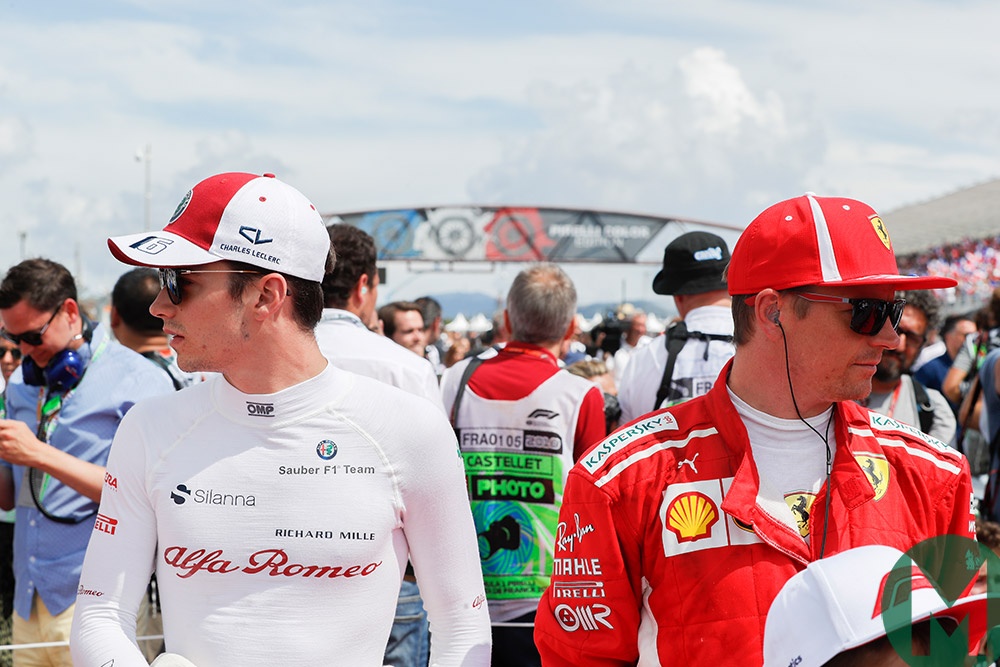 Louis Chiron was approaching 56 years of age when Lancia invited him to drive one of its D50s in his hometown race – the 1955 Monaco Grand Prix – as a thank-you for winning the previous year’s Monte Carlo Rally in an Aurelia B20 GT.

He qualified a lowly 19th and drove slowly but sensibly to sixth place, having won the event for Bugatti as long ago as 1931.

He had, during that long career, driven for Scuderia Ferrari – albeit at the wheel of an Alfa Romeo – and would have won the 1934 Monaco race for it but for a late lapse of concentration (on lap 98 of 100) that allowed Guy Moll through for a sensational victory on his debut for the team.

Moll himself was inexperienced – and at 23 would remain the race’s youngest winner until Lewis Hamilton’s victory for McLaren in 2008 – but Enzo Ferrari had seen enough to take a punt on him and would die firm in the belief that the Algerian would have been a threat even to Tazio Nuvolari, had he survived his first big accident.

Sadly, Moll was killed a few months after that Monaco win when his Tipo B left the road at Pescara at more than 150mph.

Generally, however, the sport’s most famous team has belied its Latin temperament by sticking with the tried-and-tested. Everybody wants to drive for it – except Stirling Moss, its sworn enemy from 1951-’61, and Jackie Stewart, whom Enzo called English and thought uppity, from 1967. And so Ferrari can afford to pick and choose when it feels man and moment are ready and right.

But there have been exceptions to this approach.

Mike Hawthorn was 24 and contesting just his ninth world championship GP – and only his fourth for the Scuderia – when he outfumbled the Maseratis of Juan Fangio and Froilán González at the last corner to score a remarkable victory in the 1953 French GP at Reims.

His ‘Mon ami, mate’ Peter Collins – along with Moss, a teenage tyro of 500cc Formula 3 – was also 24 when he repeated Hawthorn’s victory at Reims. But Collins had won the previous GP at Spa, too: his third and fourth world championship GPs with the Scuderia in a Lancia-Ferrari D50.

Milanese team-mate Eugenio Castellotti was 25 when he finished second to Collins at Reims. Ferrari’s most precocious pairing, however, was Chris Amon and Jacky Ickx.

Amon had responded manfully to having been thrust into the role of team leader in 1967 when only 23, upon the tragic death of Lorenzo Bandini following a fiery crash at Monaco.

So, it smarted to discover that Ickx (17 months the Kiwi’s junior) had signed for 1968 on a much better financial deal, a ‘sin’ compounded by his winning the French GP at Rouen; Amon had found himself on the wrong tyres at the wrong time.

A boastful Niki Lauda was 24 when Enzo challenged him to either find a second around Fiorano within the week or take a hike in the autumn of 1973. Luckily for Ferrari, and with tech chief Mauro Forghieri’s help, this was duly achieved. Enzo’s promotion of Forghieri to that role of technical director, in the aftermath of the mass walkout at the end of 1961, was perhaps his most perspicacious and successful punt on youth.

The youngest of the Ferrari young, however, was Ricardo Rodríguez, who was 19 years 208 days old when he lined up on the front row for the 1961 Italian GP. By that time, he had already finished second at Le Mans in a NART Ferrari co-driven by Belgian André Pilette.

The Mexican’s unsettling presence at Monza was reckoned an unnecessary distraction by Ferrari team-mates jockeying for a world title in a powder keg of an arena, and they refused to believe the time-keepers when he was clocked a mere tenth slower than Wolfgang von Trips… that was in an older specification of car, too.

Certainly, Rodríguez looked comfortable and composed in their company during the early stages of a race marred by the latter’s brutal fatal accident and, though he retired after 13 laps with reported fuel pump failure, his Ferrari future seemed assured.

In 1962 he finished second in the non-championship Pau GP in April but crashed from the Dutch GP in May and stood aside for Willy Mairesse in Monaco.

Recalled for the Belgium GP at Spa, he harried world champion team-mate Phil Hill relentlessly – I can’t imagine the American with the vivid imagination being entirely delighted by the fact – and lost out on third place by a shark’s nose.

Ferrari’s competitiveness had slipped, and strikes were compromising its programme – just a single car was entered for Hill at the British GP at Aintree – and Rodríguez had to wait until the German GP for his next Formula 1 outing: he finished sixth.

His death in a Rob Walker-run Lotus 24 during practice for that November’s non-championship Mexican GP robbed the sport of a great talent. That much was obvious.

Less obvious was what Ferrari had planned to do with him. Today he would have been snapped up – probably by trendsetting Red Bull – but back then things were different: rather the Ferrari School of Hard Knocks than Driver Academy.

The latter was created off the back of Ferrari’s grooming of Felipe Massa – three seasons at Sauber interspersed by one as official test driver – before his eventual promotion to Michael Schumacher’s lieutenant in 2006.

The late Jules Bianchi was the first to enrol in December 2009 and now his friend and godson is tipped to become its first graduate – excluding ‘dropouts’ Sergio Pérez and Lance Stroll.

Monégasque Charles Leclerc, 20, has impressed greatly in his maiden season of F1 – albeit after a shaky start Down Under – exhibiting both composure in races and that priceless ability to haul a car a couple of rows higher than perhaps it ought to be.

It seems like yesterday that Kimi Räikkönen was the hotshot given a chance at Sauber. But that was more than 17 years ago.

Ferrari is well overdue a punt. Wait too long these days and you miss out.

So here are my predictions: Leclerc will not finish sixth in his hometown race of 2056 and Lancia will be in no position to help Ferrari if required to do so later that same year.

Probably in a Ferrari.