Recently there has been a worry that F1 drivers were simply robots, primed to say only what the team tells them to regardless of their own opinions, that they were the team’s mouthpiece after hours of carefully worked out messages.

In the last few weeks it seems that theory is becoming outdated and that the current crop of drivers are beginning to open up and say what they think, even if it’s about their team or team-mate. 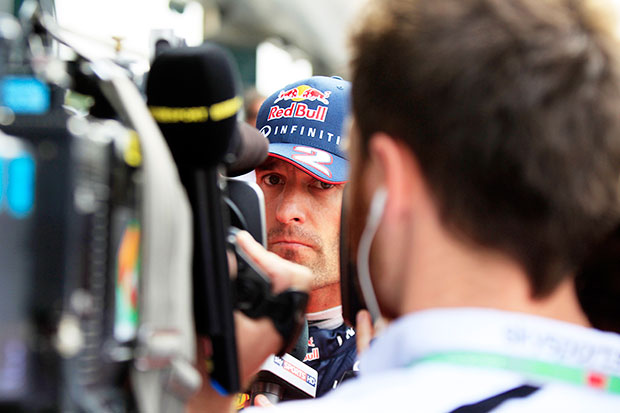 After Malaysia, Red Bull didn’t want their drivers to speak so there were three weeks of nervous silence. We knew that Sebastian and Mark would be speaking on the Thursday in China and presumed that by then, surely, a corporate line would have been worked out. We were wrong.

It was clear the situation was way past retrievable bar a photo of the two shaking hands and a few casual niceties. Vettel’s press conference was 20 minutes of him having to hit back answers to a hungry press pack. Personally, I think he handled it well; there are not many drivers who would have sat there, not lost their temper and given us 20 minutes of his time. (In English. The Germans got 10 minutes.)

The answers, though, were not overly consistent and whether we believe him is another thing. But while he conducted himself well during the press onslaught, what he didn’t do was hide his relationship and feelings for Mark. “He didn’t deserve it” and “there were many times he could have helped the team and he didn’t” are just a couple of examples. Vettel added his move was “indirectly” a form of payback for what he described as a lack of past support from Webber. It was clear he wanted his thoughts to be known and there was nothing that Red Bull could do about it. 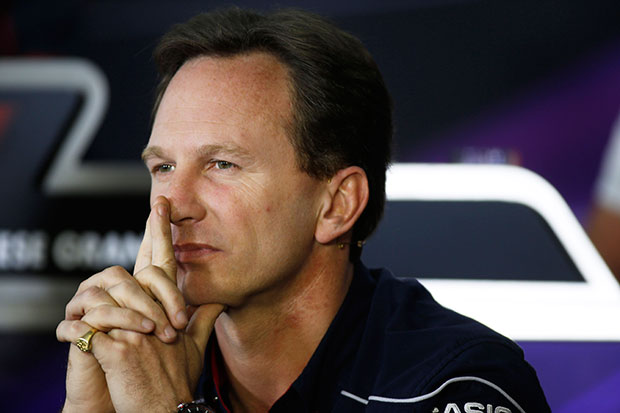 Christian Horner, who is one of many voices at Red Bull – although he should be the official one as team principal – even got unusually ragged when I asked him on ‘Inside F1’ on Friday night about Helmut Marko saying that there would be no more team orders. Horner replied very quickly and forcefully that “this has got nothing to do with Helmut. He hasn’t been in any of the conversations that I have had with Dietrich”. Mark Webber’s reaction was mostly a big sigh. “Helmut… yes… let’s just move on shall we?”

Nico Rosberg made his feelings clear about having to sit behind Lewis Hamilton last time out, something which he can do so succinctly in five languages, and did so. On Sunday in China we had Paul di Resta wondering what his team-mate Adrian Sutil was doing after they came together early on in the race and Adrian was frustrated by Paul and then ultimately Esteban Gutiérrez.

Last year Sergio Pérez was very outspoken about Pastor Maldonado, saying he was “dangerous, stupid and could hurt someone” after their collision at Silverstone, something which didn’t go un-noticed by the other drivers. This now draws a wry smile from a few of his colleagues as the Mexican finds himself in the firing line of Kimi Rӓikkӧnen and Lewis Hamilton. 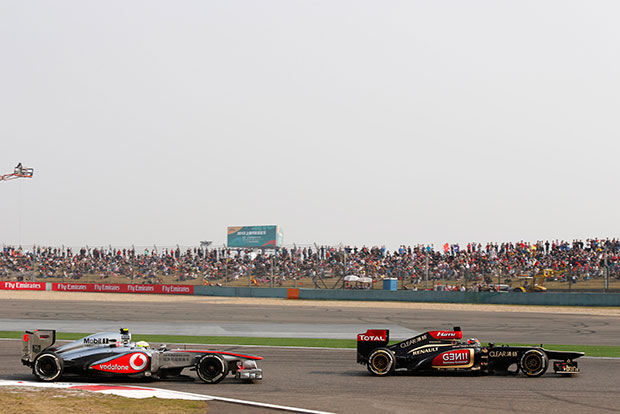 The situation at Red Bull might be slightly different. They could just be imploding internally but I think drivers questioning each other, hitting out over the tyres and discussing the sport in general can only be a good thing.

Will they be outspoken or dare to have an opinion about whether we should be in Bahrain? I doubt it. The ‘team employee’ line will be used again, which is a shame. But sport around the world has been making headlines in the last few months for cheaters and scandals, and heroes fall faster than a pack of cards. It would be great if drivers could be held up as not only the fastest men in the world – not necessarily the smartest – but certainly be known as people who have an opinion and more than a team shirt and cap and sponsors to please. Surely that would be good for Formula 1 and for everyone who loves the sport.