Could 2019 be a banner year for F1? Jennie Gow picks out why she thinks so 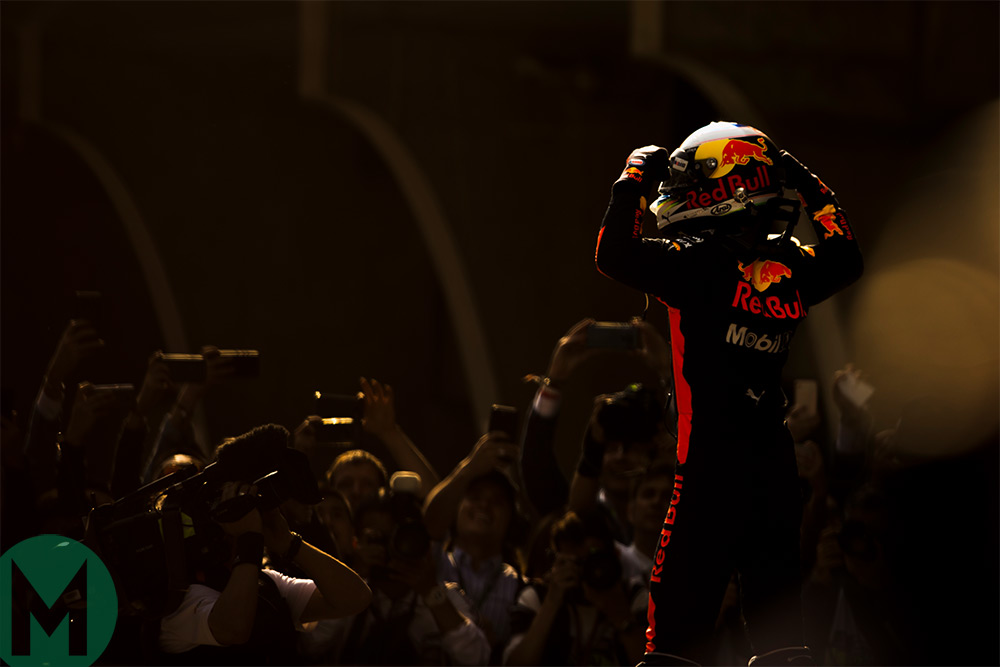 Everyone I speak to has bought a ticket, got the T-shirt and has climbed aboard the hype-train for one Mr Charles Leclerc. His step up to Ferrari after just one year in Formula 1 is the most tantalising driver move for years.

Max Verstappen’s 2016 promotion into the Red Bull team from Toro Rosso was fairly feisty but it came with baggage – many people were thinking Max was too young and others were thinking it was unfair on Daniil Kvyat being so publicly demoted.

Leclerc’s is a move that seems pure and wholesome and the stuff of racing legend.

Let’s hope that Charles can live up to the expectation. He is a gifted driver and one of the youngest ever to take a Ferrari seat – come Melbourne, he will be 21 years and 153 days old, with only Mexican Ricardo Rodríguez younger on Ferrari’s list of Grand Prix drivers.

The big question, though, is what will the dynamic be like between him and four-time world champion Sebastian Vettel? It’ll go one of two ways: either Vettel will implode and his season will be over, psychologically, before it has even begun if the young gun comes in and immediately gets to terms with the team. Or, and I think this one is more likely, Vettel will raise his game with the young Leclerc biting at his ankles.

It will be a fascinating battle and my money is on Ferrari winning the constructors’ title for the first time in since 2008, when Räikkönen and Massa clinched the title for the Italian marque.

Given the freedom to play around with the engine, Honda has now found some extra horsepower and a little more reliability. When that is mixed with the Red Bull package for 2019 it could be something special.

Red Bull has claimed for some time that if it had the engine performance of either Ferrari or Mercedes it would be winning everything. So it’s time to see what Honda can give the team, and what Red Bull can actually do with it.

Max Verstappen is obviously the key ingredient to a title challenge. He refined his style during 2018 and in 2019, and now with Pierre Gasly set to rattle his cage slightly, Max will mature and go for win after win from the start of the season – not just the last half of the year.

For the last few years drivers have complained that they can’t get close enough to the car in front to be able to try and overtake because of the large amounts of wake generated by the current cars.

Yet, this season there have been some cracking overtakes so the prospect of even better racing with more genuine overtakes is something to get excited about.

Williams scored just seven points in 2018, a stark contrast to its championship-winning years of the ‘80s and ‘90s.

Mercedes’ young Briton and Formula 2 champion George Russell will make his F1 debut with the team, having impressed with a PowerPoint presentation on why he was the right man for the Oxfordshire team.

Alongside him will be Robert Kubica, the Grand Prix winner who survived a terrible rally accident in Andorra in 2011. He may have limitations with his right arm after the accident, but he has worked incredibly hard to fight for a place back in F1.

It is a fairytale, one of the greatest sporting comebacks of all-time, and a real mark of the man.

The question is, when it comes to a gruelling race weekend and the pressure is on, will Kubica have not only the strength of mind to succeed but also the body? Before his accident, many said he had as much natural talent and ability as Fernando Alonso and Lewis Hamilton.

Hopefully both men can help turn around Williams’ fortunes, a team I believe deserved to get more than seven points from their efforts in 2018.

More: MPH: Russell is a glimmer of hope for Williams

From a British perspective, this is one of the most exciting things about 2019.

Last year saw only one man born in the UK compete in F1 – Lewis Hamilton. And he did OK… But for 2019 there will be three Brits lining up on the grid for the first time since Monaco 2017. Then Jolyon Palmer and the moonlighting Jenson Button started the race, but while that was the only time that year it will be a regular feature in 2019.

As Hamilton returns to try and win his sixth drivers’ title, he will be joined on the grid by George Russell and Lando Norris. The youngster from Bristol, only just turned 19, has been third driver at McLaren and watching and learning from the great Fernando Alonso.

While Norris and Russell will struggle to make an impact with teams who are not at the sharp end of the field, both drivers have tremendous potential and are really exciting prospects for the future. Their graduation also shows what great health the British motor racing scene is in.

But it is with great sadness that 2019 will be the first year that fans can’t see live F1 racing on British free-to-air TV.

Yes, Silverstone’s final British Grand Prix will be shown on Channel 4, and there will be highlights of every race shown on TV, but it seems to be end of the road for the UK’s casual F1 viewer and for the young child who stumbles across a race on a Sunday afternoon and starts a life-long love affair with the sport. Just like I did.

Live radio coverage will remain on the BBC, bringing you every session and race live, and hopefully fans join us along the way. But you have to feel for those who loved to sit down and watch F1 but don’t have the cash – or the inclination – to pay for Sky.

Stay loving F1 because no matter what, 2019 is set to be a sizzler.